The 1975 live at O2 in London review by Ryan Beardsley

There are certain things that I don’t understand. Trigonometry, Mrs Brown’s Boys, Microsoft Excel, people buying sports drinks for £100 because it has a YouTuber’s name on it and people under the age of 50 who still use Facebook to name a few. The 1975 were very much in that category as I headed into the o2 arena to watch them ‘At Their Very Best’ and I wish I could say two and a half hours later I had a better idea of what they’re all about. Though, perhaps to some degree, I did.

Let’s start with the positives, the stage design is an impressive feat, part Ikea show home, part US sitcom set with enough Stop Making Sense influence to garner the respect the band so obviously crave from those in the know.

Sticking with the affirmative, it’s a sell-out arena, with 20,000 adoring fans hanging on Matty Healy’s every gyration and inflexion, save for one moment we’ll come to later. They’re a devoted fanbase made up mostly of teenage girls, many dressed as Healy in a white shirt and black tie combo showing that an entire demographic has found a home in this group and the collective around them and that can only be a good thing.

Now on to the music. ‘Hate Watching’ is a trend that has surfaced in recent years to describe the past time of viewing a film or TV series purely for the purpose of disliking it, garnering enjoyment from how bad you consider it to be. The equivalent here would be ‘hate listening’, but I can’t pretend that’s the case either. To hate something, it would have to offend me personally or provoke some kind of reaction, which in a way would be admirable. This however was simply ‘there’. 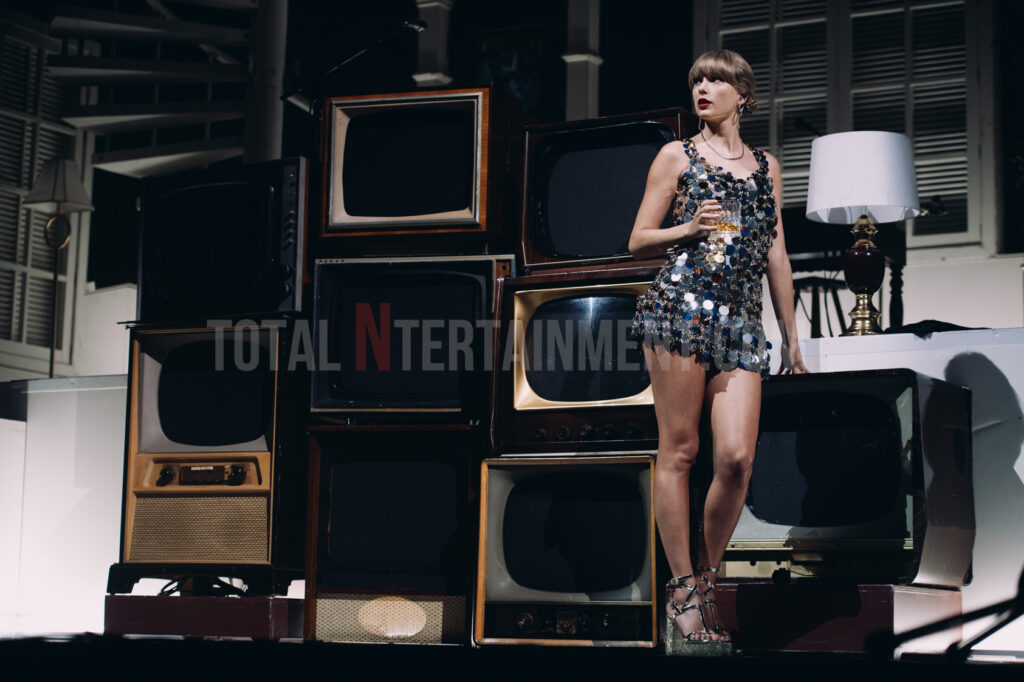 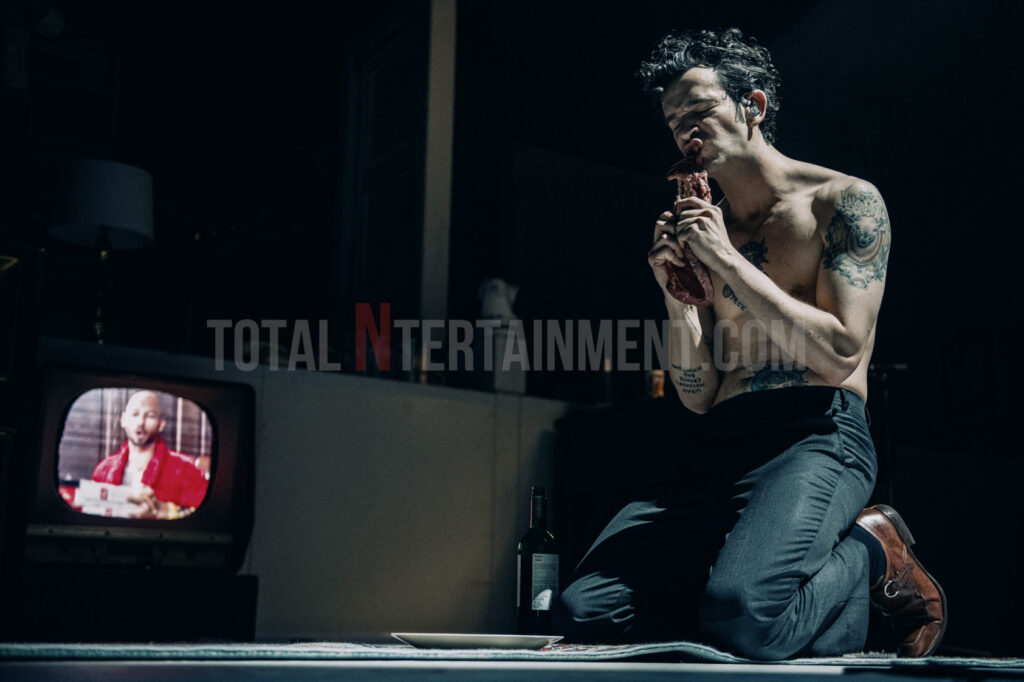 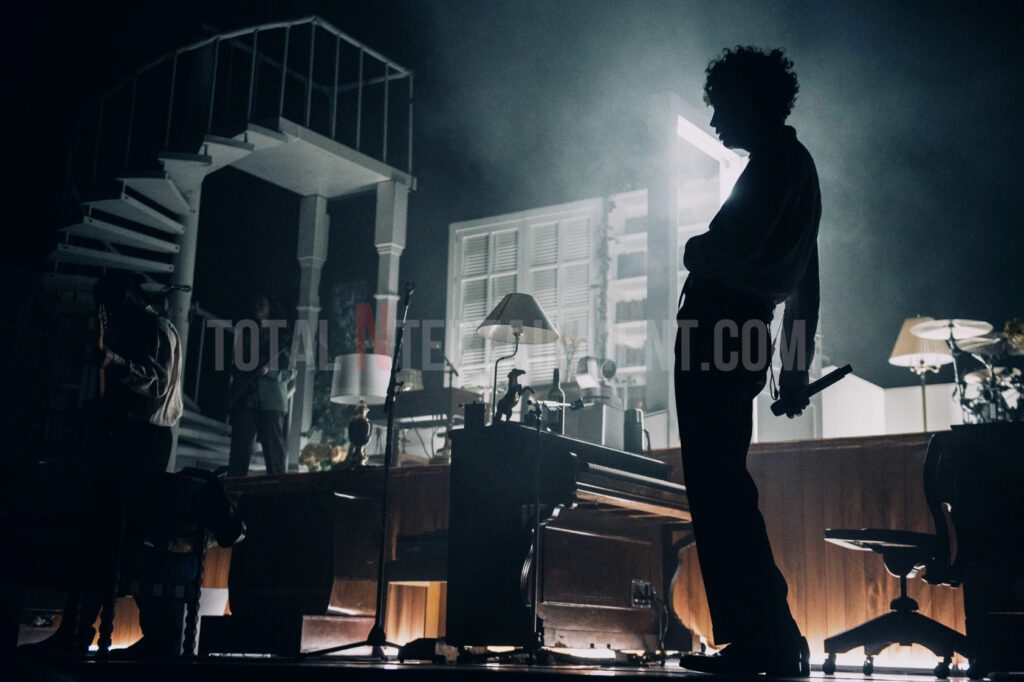 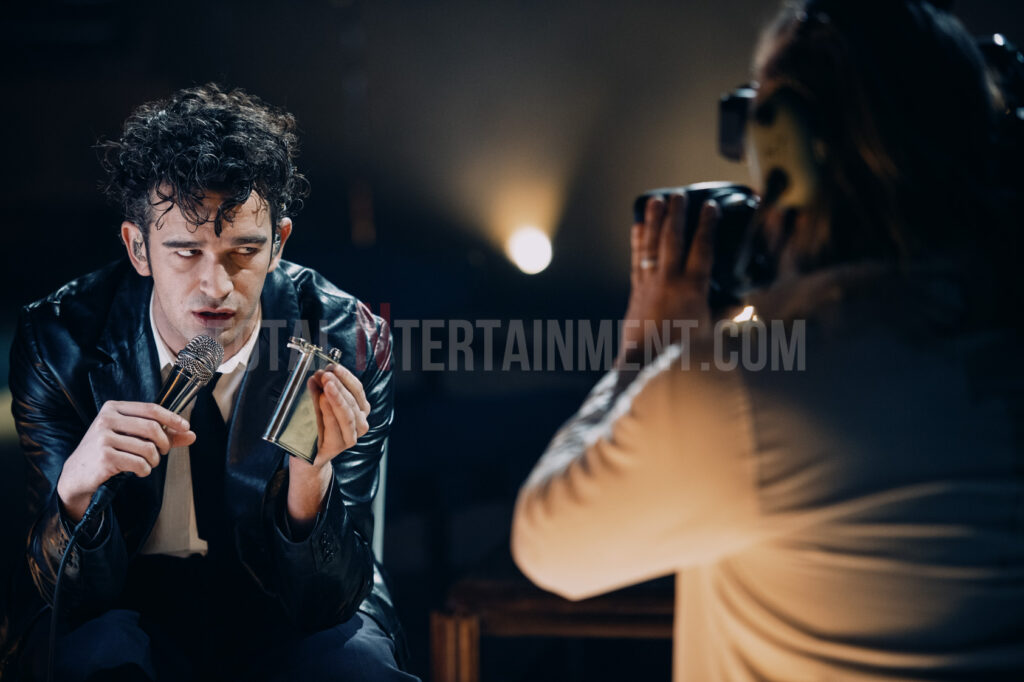 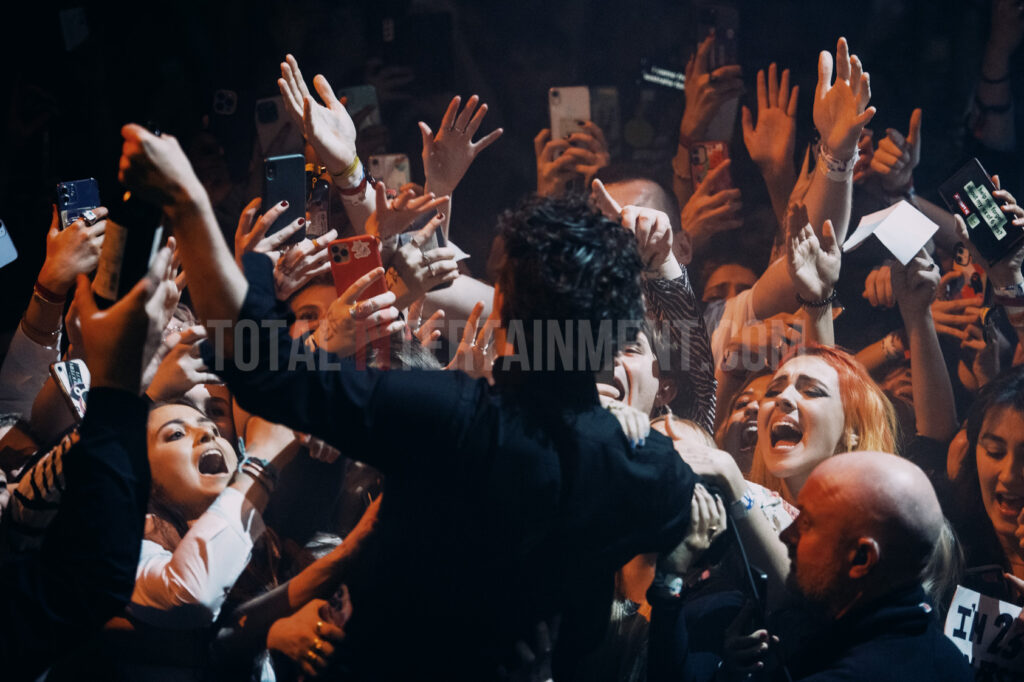 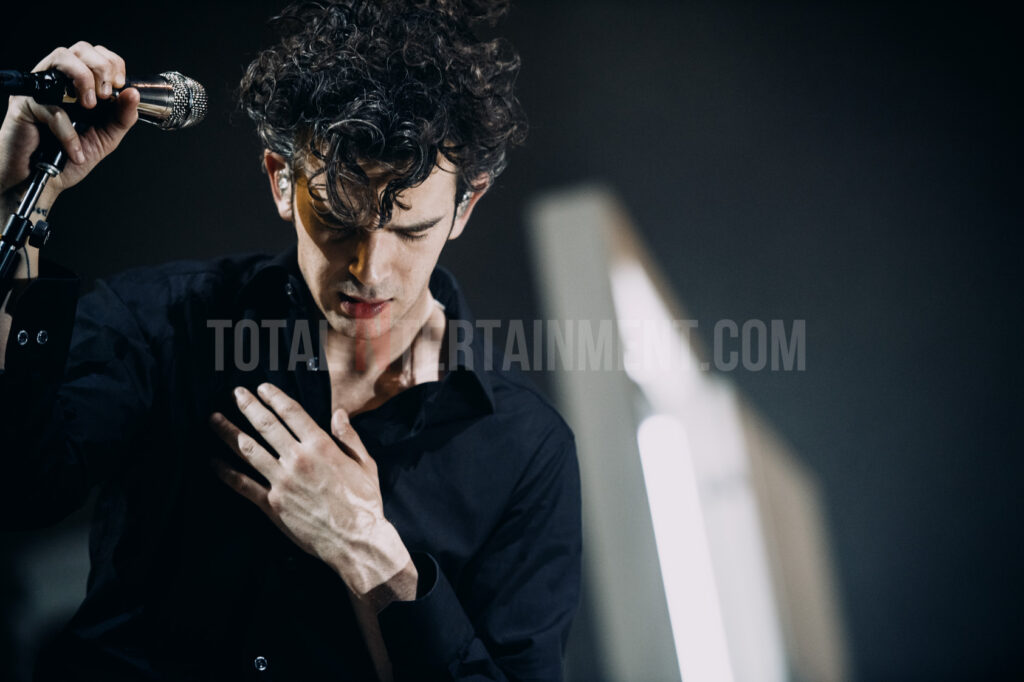 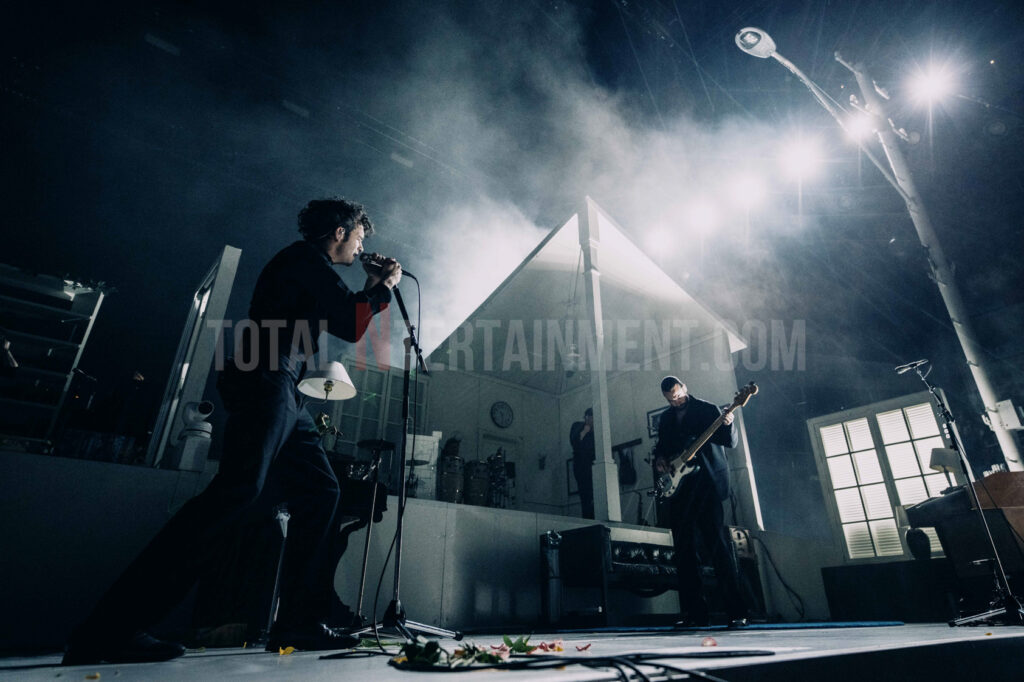 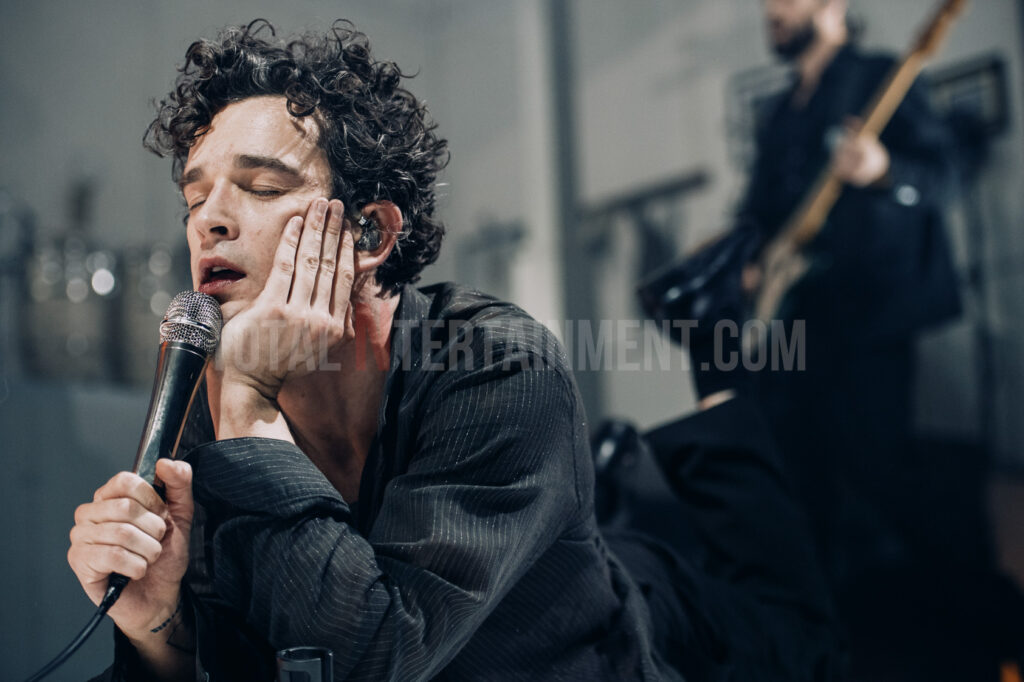 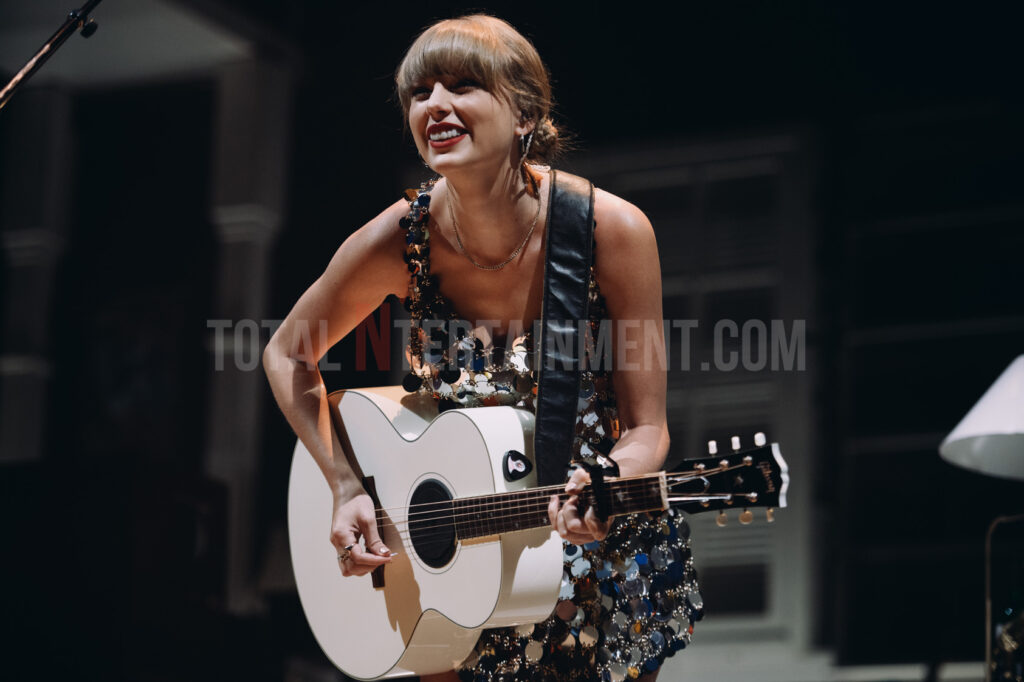 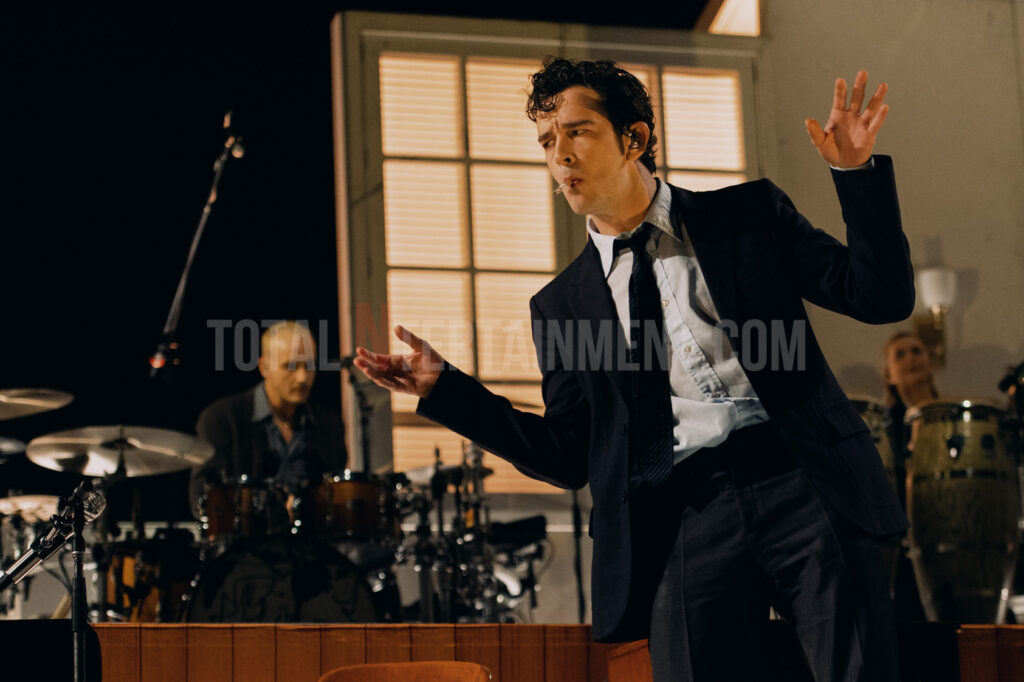 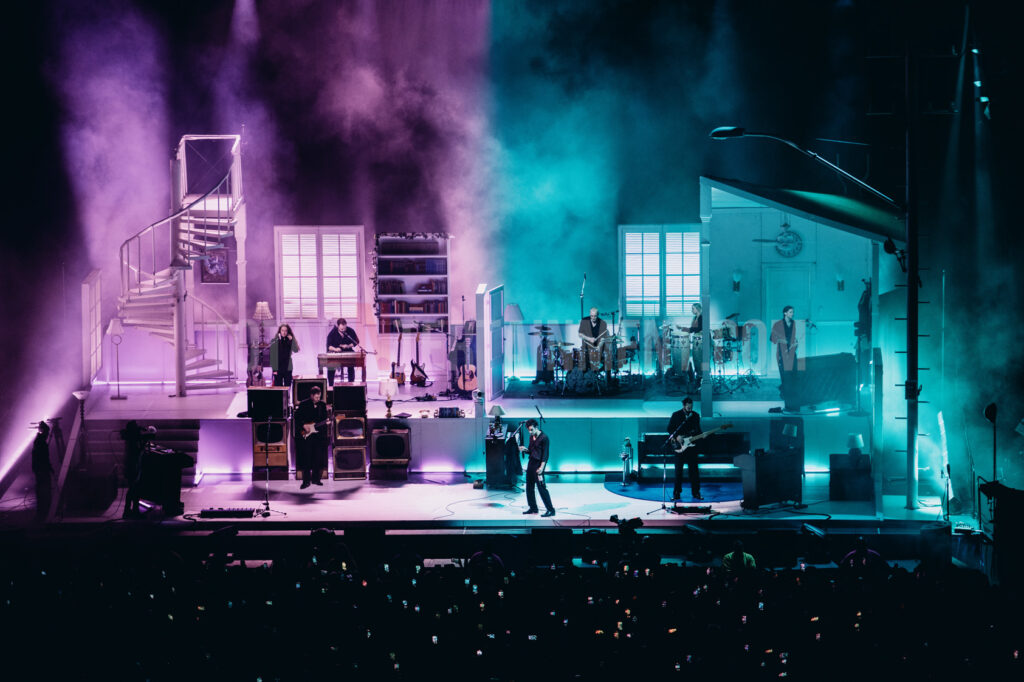 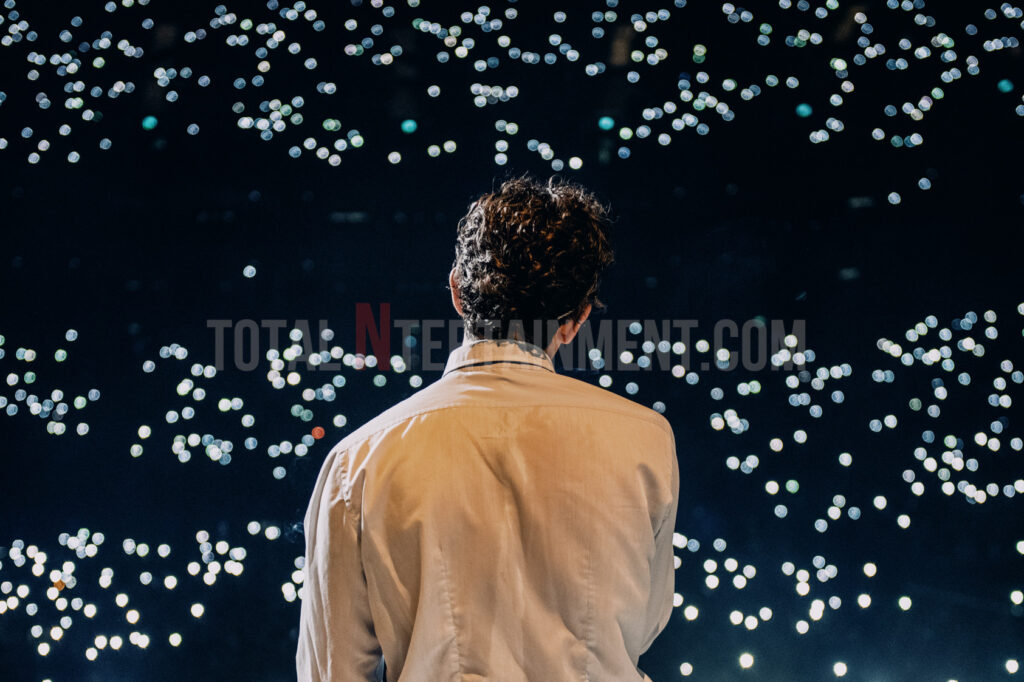 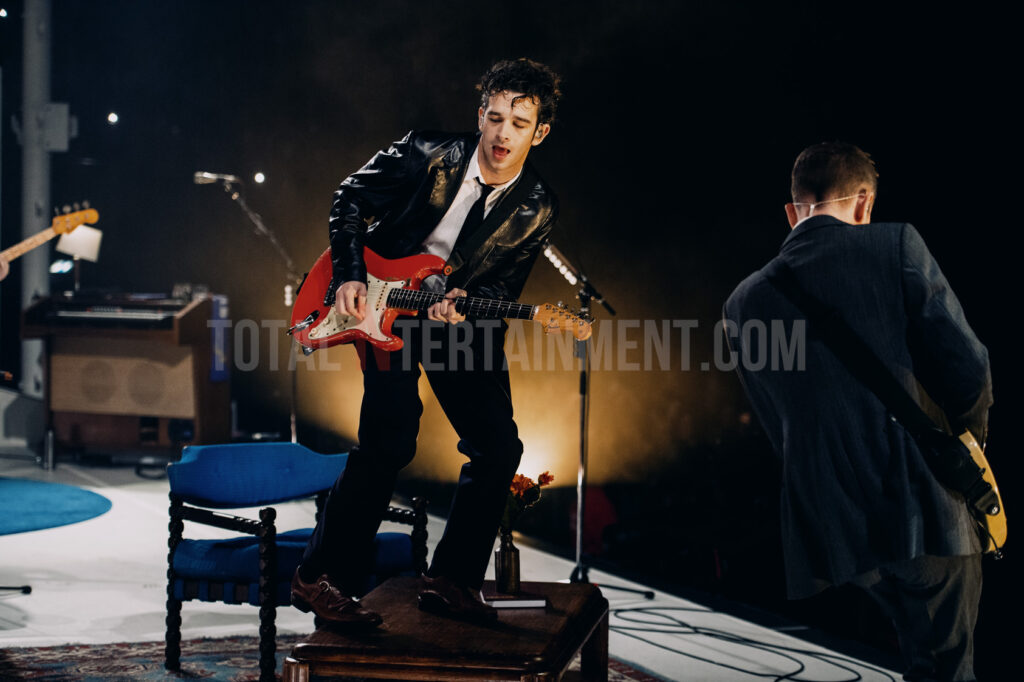 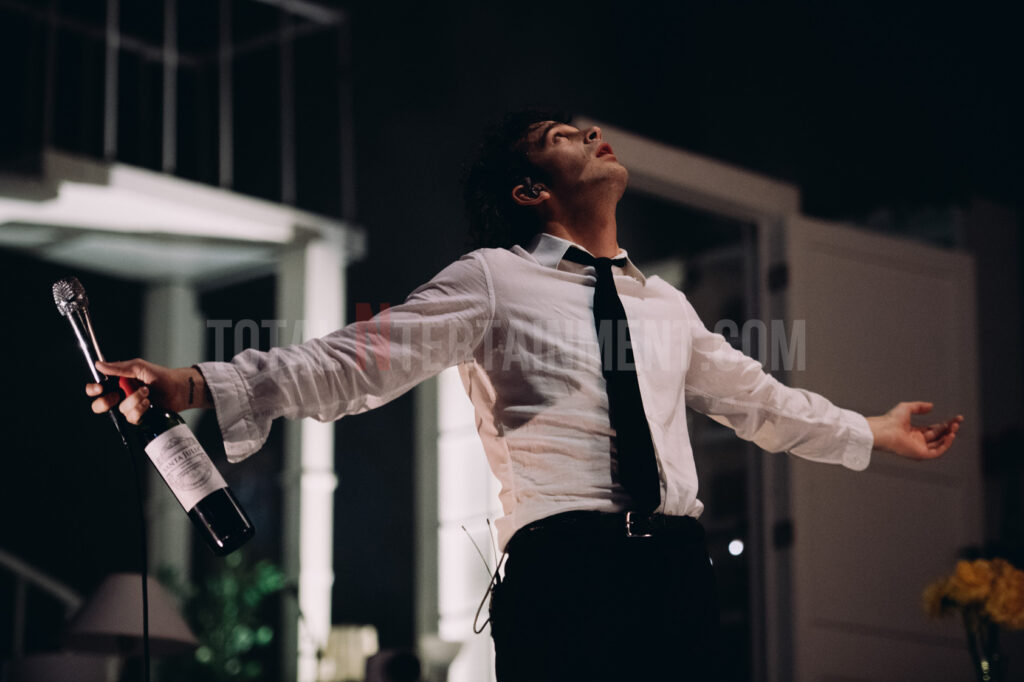 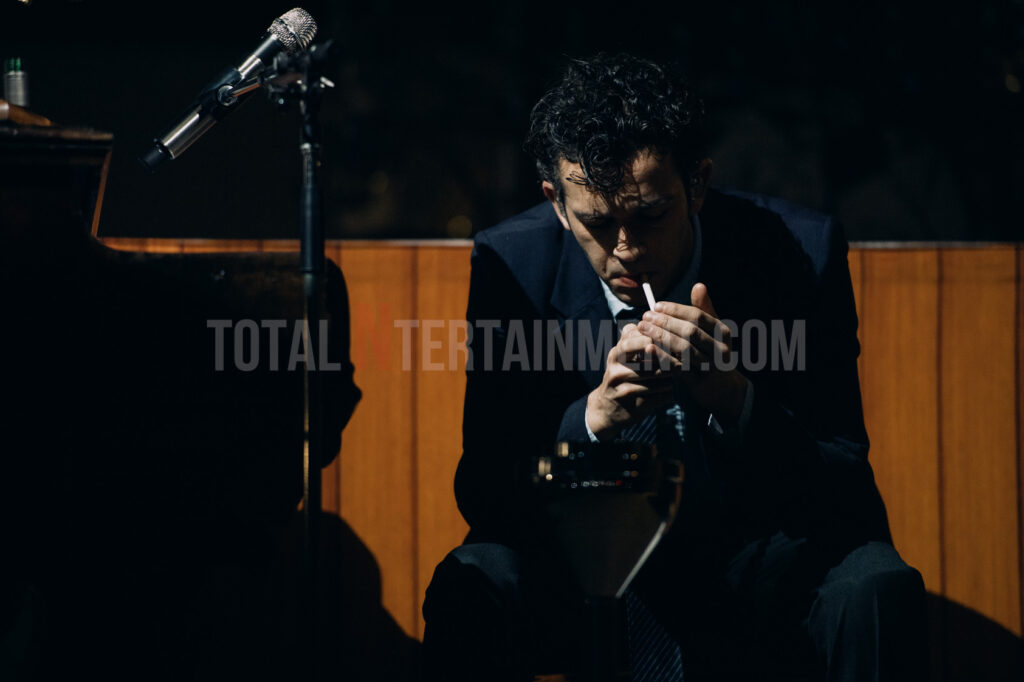 The show is split into two halves, first, the high-concept rendition of the latest record, Being Funny In A Foreign Language, followed up by a greatest hits set. (Taylor Swift appeared during the interval last night in a major surprise, it did not happen tonight to the tangible disappointment of the crowd) The songs are inoffensive, bland pop, reminiscent of an 80s sound that was infectious and vibrant in its heyday, but here just resembles elevator music. Apparently, the new album is a change in direction but I honestly couldn’t tell any difference between the first half of the show and the second half musically, save for a bit of saxophone on a few tracks in the first half.

Now let’s talk about Matty Healy, which is obviously what the young man wants. His voice is fine and none of the songs are particularly challenging vocally but I wouldn’t critique his performance in that sense. Clearly, he is invested in his audience and cares deeply for the community they have fostered, which I salute him for.

However, when the music stops and he’s left to his own devices, slithering around the stage in a failed attempt at performance art, even the most ardent fans around me were throwing a sideways glance here and there. This culminated in an ill-advised slur about the political left and right and why men were being left behind and driven to the right of the culture wars, supposedly. There is obviously a time and a place for this discussion but The 1975 concert is not it, particularly when the audience is predominantly made up of the LGBTQ community, I even heard a small smattering of boos at this point, unthinkable earlier in the evening.

I’ll try to end on the favourable, the tour is a global sell out and the fans were delirious for their beloved throughout the evening and from what I can gather the new record has been positively received from what remains of the music press so who am I to judge? Perhaps I’m just not the target demographic.

More info on The 1975 dates and tickets can be found here.