It’s been four years since Jason Manford was last on tour, showcasing his unique flair for observational comedy. During his stand up hiatus, his acting career has rapidly grown. He’s played leading roles in two hit musicals. (The Producers & Chitty Chitty Bang Bang). This partly inspired his own musical career, and in late 2017 he released his own album A Different Stage.

His TV roles have seen him embrace new challenges, and gave him a platform to show off his skills as an actor. Jason played a lead role in one of the episodes of the hit BBC drama Ordinary Lies. He took on the troubled character of Marty along side Max Beesley, Michelle  Keegan and Sally Lyndsay. More recently he’s hosted two new hit ITV shows. (Big Heads and What Would Your Kid Do). If that doesn’t sound busy enough, he’s also managed to write and voice his own children’s TV show, Daisy and Ollie.

With a hugely busy four years, it’s a wonder how he had time to write a new stand up show. Let alone make it his best show to date (and it’s impressively over two hours long without a warm up act).

Typical to his style and approach to comedy Jason enters the stage with a subtle introduction, without any fanfares or such like.This underrated start allowed him to immediately connect with the audience. Right from the start he talked directly to the audience. Teasing latecomers, whilst mockingly moaning about how inconvenient it is when the comedian starts the show on time. 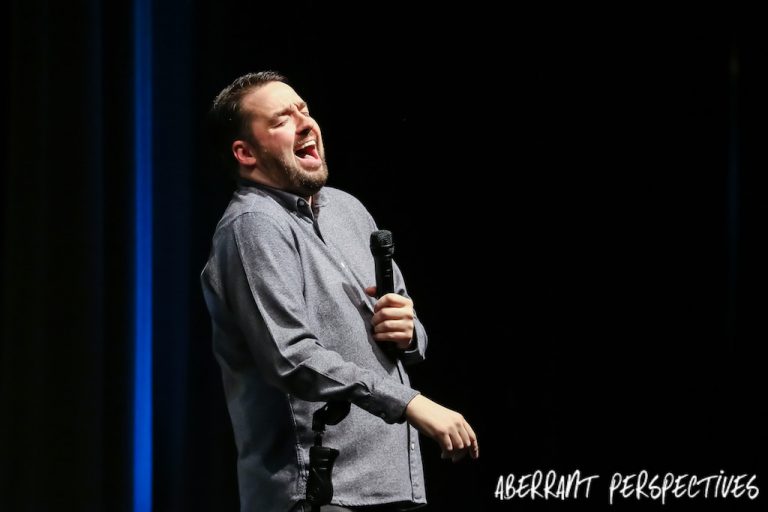 Jason’s affable nature and amused grin is what makes him easily attainable for any audience. While his stage presence is confident and in control; his performance feels familiar. As if he was an old friend, reeling off amusing anecdotes over drinks.

Unlike previous tours, Muddle Class feels like a more intimate look into Jason’s life. It is more openly thoughtful about his life and the people in it, than any other show that he has previously done. Openly pondering the idea that we have two sides to our brain; the idealised version that we aspire to be and the real version, which forever endures the guilt of our inability to live up to our aspirations. He uses this idea to draw in the audience. Telling several relatable stories full of self deprecation. Emphasising the guilt imposed on him, by the side of the brain that holds onto the largely unachievable aspirations, imposed on us by society.

Furthering this idea he revealed his thoughts and feelings about how a man with a working class upbringing, fits into a middle class world. He admits he enjoys the niceties, brought about by the success of his career. His success gives him the opportunity to provide for his children, giving them everything they need and want. A stark contrast to his own upbringing. He confesses that he already has concerns that his own children are quickly becoming the kids he would have avoided as a child himself.

The audience get an insight into how his success and lifestyle doesn’t always sit well with him. His brothers judge him for not having a ‘proper job’, which is emphasised by a trip to a safari park with what can only be described as the ‘picnic incident’. The stark difference between his brother’s food choices and his own food (albeit not exactly his choices) were highlighted by his nephews asking if Jason’s children had been naughty. Space raiders and ham sandwiches in tin foil, compared to humous and quinoa highlighted how he still struggles with where he fits into society.

Jason’s intelligence is definitely on parade throughout his Muddle Class show. Exploring the difference in class, he uses the corrections his children dish out when he mistakes everyday sayings, as examples of how very different his upbringing was from theirs. Furthering the reality of his muddle class social status. 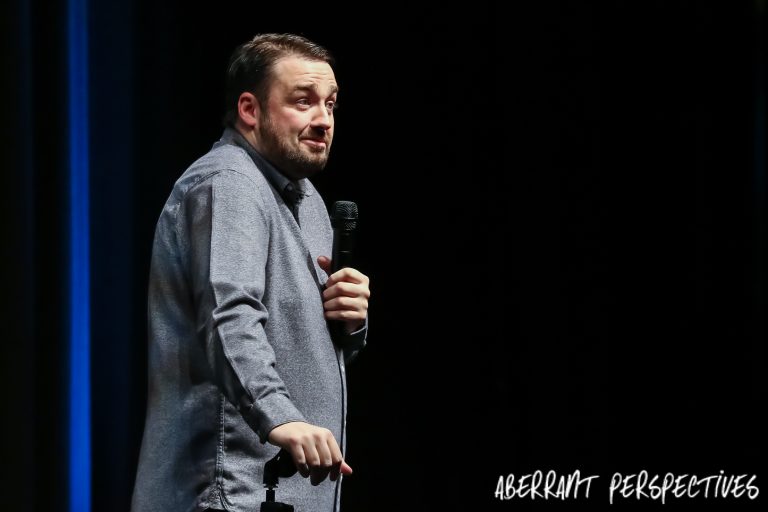 Rightly his children point out that it is in fact breakfast, lunch and dinner. Which of course leads him to his roots and his own upbringing surfaces, his reactionary rage to this is full of sharp wit and smart rhetoric. His parent based jokes are hilarious and thoroughly relatable, regardless of your upbringing or social class. Jason has this element of his observational comedy fine tuned, with undeniably funny results.

As you would expect this show is full of stories from everyday life. Jason successfully manages to keep an even balance between his new found realisation of a middle class status, and the more relatable working class roots. Muddle Class is simply Jason Manford’s best work to date. Cleverly put together with interlinking jokes that effortlessly take you through the life of a successful working class man. It is witty and relatable from start to finish, and at times thought provoking and wise. Delivered with the affable charms that he is famed for.

Muddle Class is definitely a must see for all Jason Manford fans and even their plus ones will enjoy it.

Jason Manford’s Muddle Class is on tour all over the UK and due to high demand in tickets there has been extra dates released. For more information on where Jason will be appearing near you go to his website www.jasonmanford.com. To keep up to date with all Jason’s latest news etc, follow him on Twitter, Facebook and Instagram.