The Glitter Room symbolises Katherine Ryan embracing being a successful single mother. A woman who is determined not to submit to the stereotype that label holds. True to form, Katherine smashes that stereotype to pieces in the only way she knows how. Her observations and empowering determination provide the most hilarious stories about her life, delivered in her impeccably provocative way. Focussing on how the world has got it wrong and how she will live life by her own rules Glitter Room is Katherine’s best work to date.

Katherine has just bought her first home, which she has recently had renovated, in what can only be imagined as a completely exquisite refurb. Her builder’s however disagreed. After she described each room, and her requests; they told her they wanted to know where the ‘decision maker’ was. A ludicrous position to take considering she had dealt with them from the beginning. Thought provokingly highlighting that a woman can be a decision maker, there’s no reason for Katherine not to be one. Once they were informed that Katherine is in fact the decision maker, they told her that she would “never get a man to stay here”. Completely overlooking the fact that’s the last thing she wants.

She see’s men as a ‘luxury item’, which lead to her last relationship breakdown. As a mother and a successful comedian she simply doesn’t need a man. Katherine handles her own life and prioritises her daughter above all. Her previous relationship ended as he didn’t feel he was a priority in her life. This lead to a series of jokes around why men are best enjoyed on holiday, how they are like dolphins and how she has no need for them. 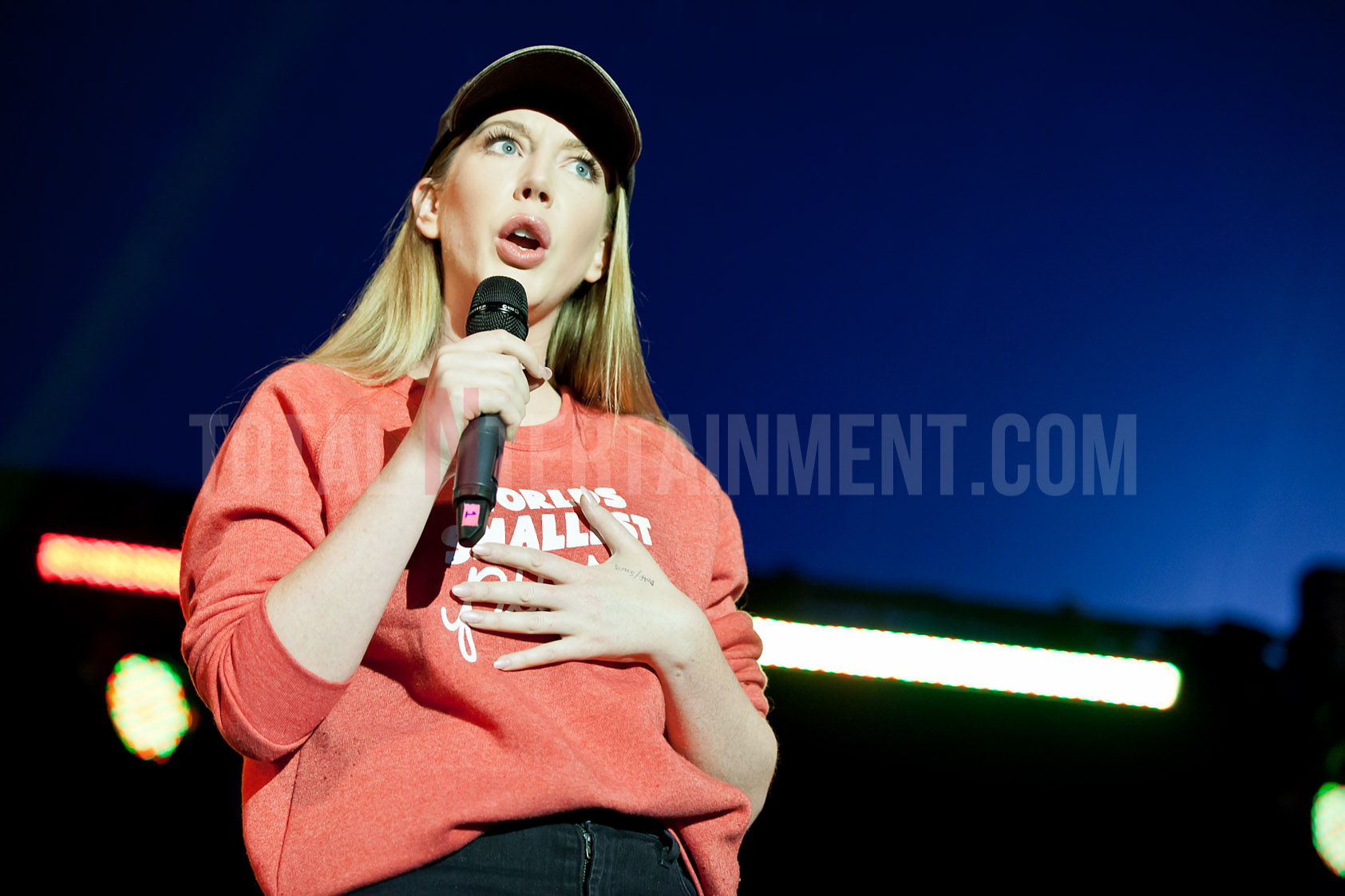 Whilst this is one of the many reasons the term empowering is so easily attached to Katherine, she doesn’t let it phase her. She is aware that she is human, but cuts through the stereotypes to live life her own way. The stereotype of how single mothers are seen in a bad light when compared to single fathers, is infuriating. Acknowledging this idiocy surrounding her social status, Katherine delivered a hilarious set of comparisons and didn’t hold back. Amusingly she hammered home that her general domesticity would be seen differently if she were a man. A man would be deemed a hero, where as a woman just get’s on with it. This isn’t the only side swipe at social conventions within her show. She went in on the idea of a ‘revenge body’, an idea promoted by her beloved Kardashians.

First and foremost Katherine is a mother, her entire purpose is driven by her daughter Violet.  Each element of the show surrounds their lives. They are more like best friends. Katherine is determined to empower her “British butler” and give her the life she never had. There are tales galore about Violet throughout the show and it’s clear Katherine adores her, but keeps a very real perspective on their relationship. Her stories are wild and full of every child’s dreams; but then her reality of parenting is completely relatable. Katherine’s view on being a mum is irresistibly funny. 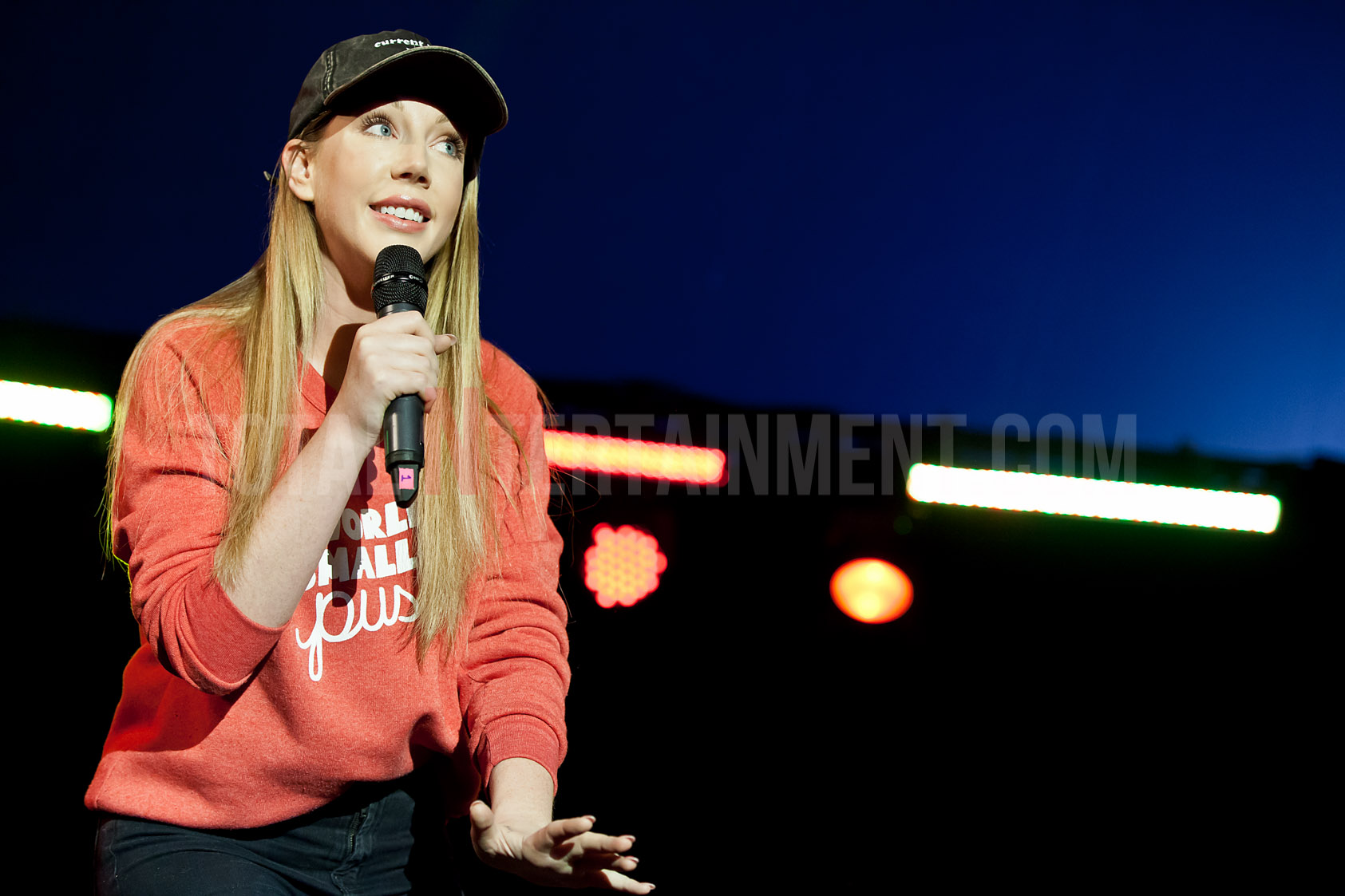 In line with Keeping it real, Katherine talks about the school run. That PTA mum we all know and despise. Joking about how she once sold her cakes for 10p each, when approach for the next bake sale Katherine offered her £100. Explaining that ‘Jane’ has no real business sense and that she could make 1000 cakes for Katherine’s £100. She divulged every internal thought a parent has had about ‘that mum’ in the playground. True to form she took these thoughts and went in hard. Katherine’s sharp observations and snappy wit filled responses were hilarious.

The glitter room is simply a clever metaphor for Katherine’s life and her relationship with Violet. It is exactly how her daughter wanted her room to be decorated. Symbolic of how Katherine has worked hard to achieve her career, whilst busting stereotypes and being a great mum. Filled with sharp observations and slamming the wrongs of the world. Katherine Ryan yet again has written a hit show, fuelled by her day to day life. So easily comparable to Joan Rivers (one of Katherine’s inspirations) she is paving the way for women in comedy to ‘keep it real’ and ‘give no fucks’.

Katherine’s show has a few performances left over April. To find out where she is performing and how to book your ticket’s go to his website www.katherineryan.co.uk. If there is no show near you, fear not; it is due to become her next Netflix special!