Public perception of Steven Patrick Morrissey has shifted in recent years if one is to believe social media. There has been much weeping and gnashing of teeth about whether it’s still ok to like the man’s music now that the court of public opinion has swayed into the realm of cancellation. Not that you’d know it based on the reaction of the Doncaster crowd on a balmy night in October…

Morrissey and his band take to the stage against a stunning backdrop and lightshow. The former sees iconic images of Mozza favourites George Best, Oscar Wilde and David Bowie projected on to huge screens behind him. It’s quite the entrance. And no matter what you think of him as a man, opening any set with a song as timeless as ‘How Soon is Now?’ is a powerful statement of intent. The swirling guitars and tortured lyrics remind all present of who we are dealing with here. Morrissey means business.

From there it’s straight into the acidic snarl that is ‘We Hate it When Our Friends Become Successful’ complete with hysterical laughter to close out the track. It is striking at this point just how much people still love this man and his music. The crowd are in raptures throughout this gig, with various punters invading the stage and then looking like they might explode with joy at a mere glance from their hero.

The singer takes a small moment at this juncture to confirm to the crowd that Diana Rigg, former Bond girl and Game of Thrones hall of famer is ‘the most famous person to come from Doncaster’. In true Morrissey style, this is stated as fact rather than opinion. ‘Our Frank’, the sole representative from 1991’s Kill Uncle comes next, but it is ‘The First of the Gang to Die’ that inspires the first big singalong of the evening. Pint pots are thrown. Companions are held aloft on shoulders. It’s undoubtedly a moment.

Morrissey’s latest album Bonfire of Teenagers is still awaiting an official release date, the songs that will presumably appear on that record sound promising based on this showing. ‘Sure Enough, the Telephone Rings’ is an up-tempo rocker that recalls his I am the Quarry heyday, and ‘Rebels Without Applause’ is more than just a great title. The pick of the bunch; however, is the title track. ‘Bonfire of Teenagers’ is an epic, cynical ballad that sees Morrissey bathed in smoke and red light as he admonishes the ‘morons’ that ‘swing and sway’ to ‘Don’t Look Back in Anger’. But honestly? It’s not what we’re all here for. And when ‘Frankly, Mr Shankly’ marks the end of a run of new songs, the excitement is palpable, and it truly does sound great here in this glorified sports hall of a venue. Later, ‘Every day is Like Sunday’ is particularly pertinent in a city that is akin to the ‘coastal town they forgot to close down’ mentioned in the lyrics (except we don’t even have the bonus of being by the sea in this dark pocket of South Yorkshire). ‘Never Had No Ever’ follows and is performed beautifully, one of five The Smiths songs to feature in the set.

‘Please,’ Please, Please, Let Me Get What I Want’ is perhaps the most heartfelt track that Morrissey has in his arsenal and there is no denying its visceral power tonight. This is the kind of song that soundtracks both brides being led down the aisle and caskets being dolefully carried through a graveyard. The kind of song that saves lives. We are privileged to experience it here. Of course, this beautiful moment is followed by two B-sides in Jack the Ripper and The Loop, it simply isn’t the Morrissey way to fully indulge his adoring audience.

Having said that, the final song (following a brief break and a costume change), ‘Irish Blood English Heart’ is belted out by both singer and audience alike, a cacophony of anger and rage all wrapped up in the guise of a three-minute pop song.

And just like that, Morrissey saunters off. Safe in the knowledge that no matter what the world at large thinks of him. There will always be a sizable number of devotees that love him more than ever.

Tickets to future events can be found here. 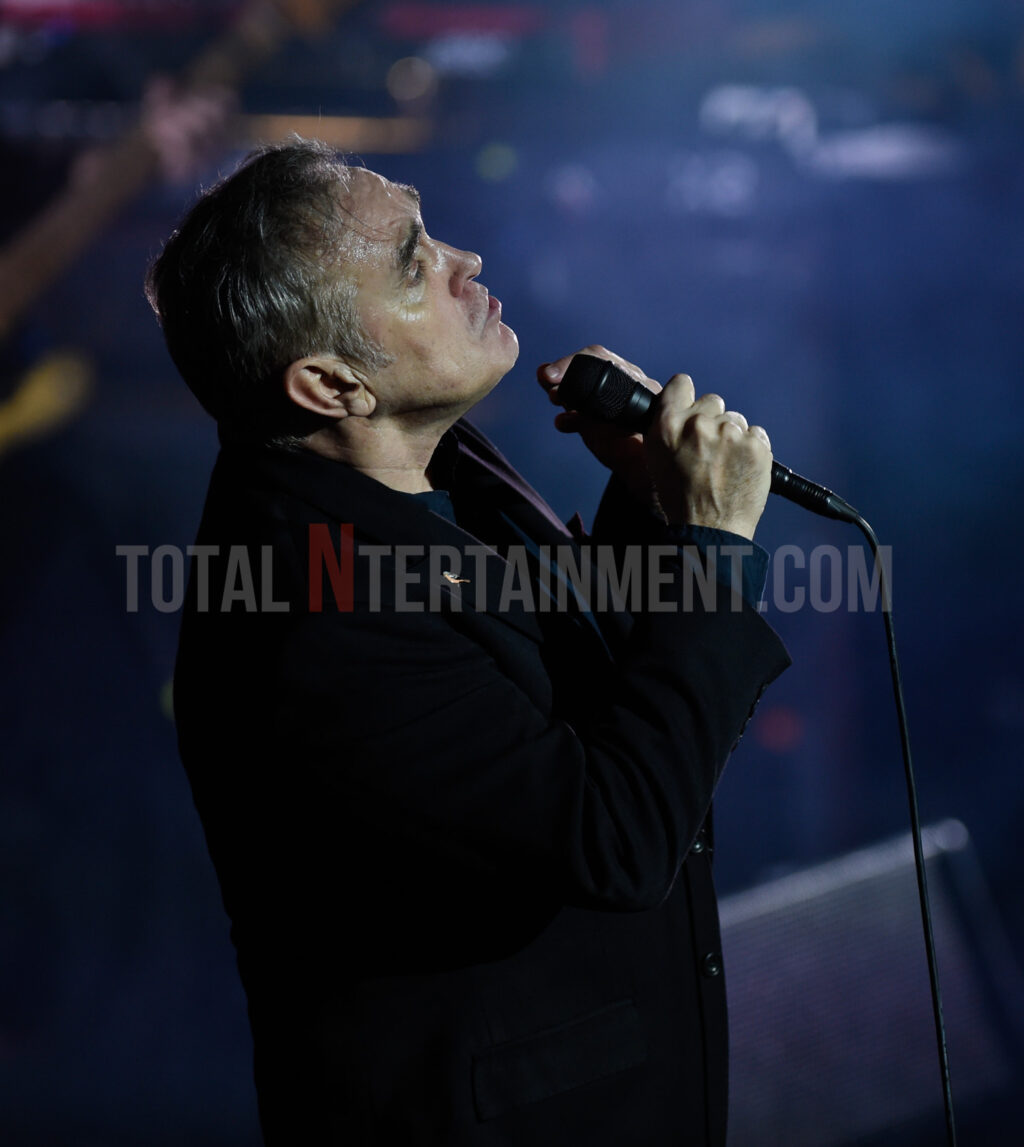 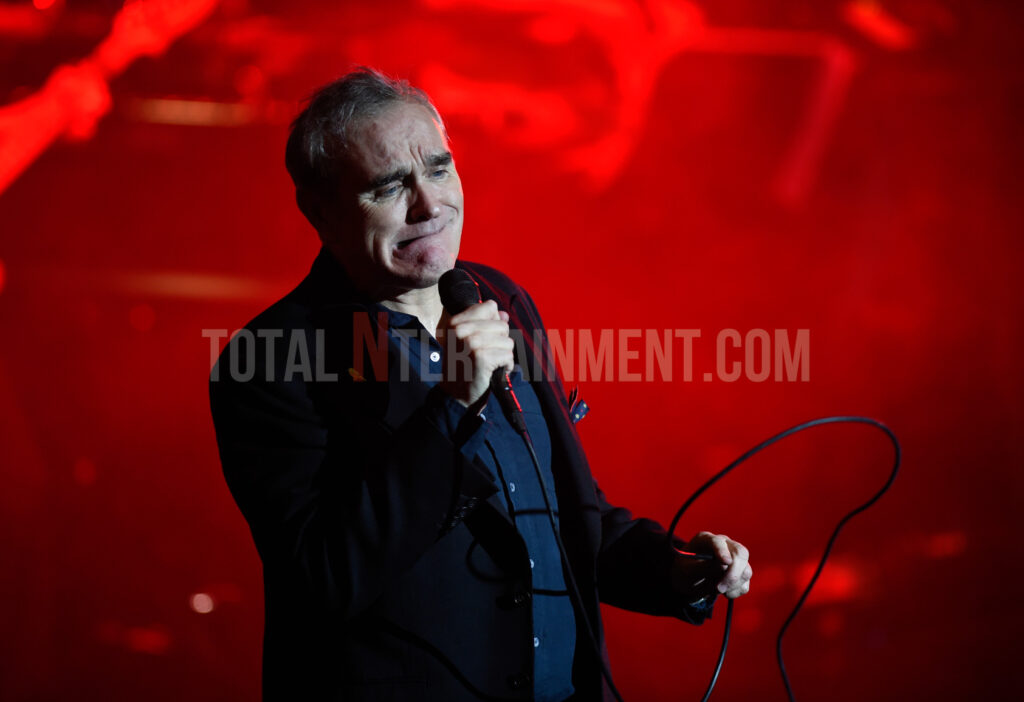 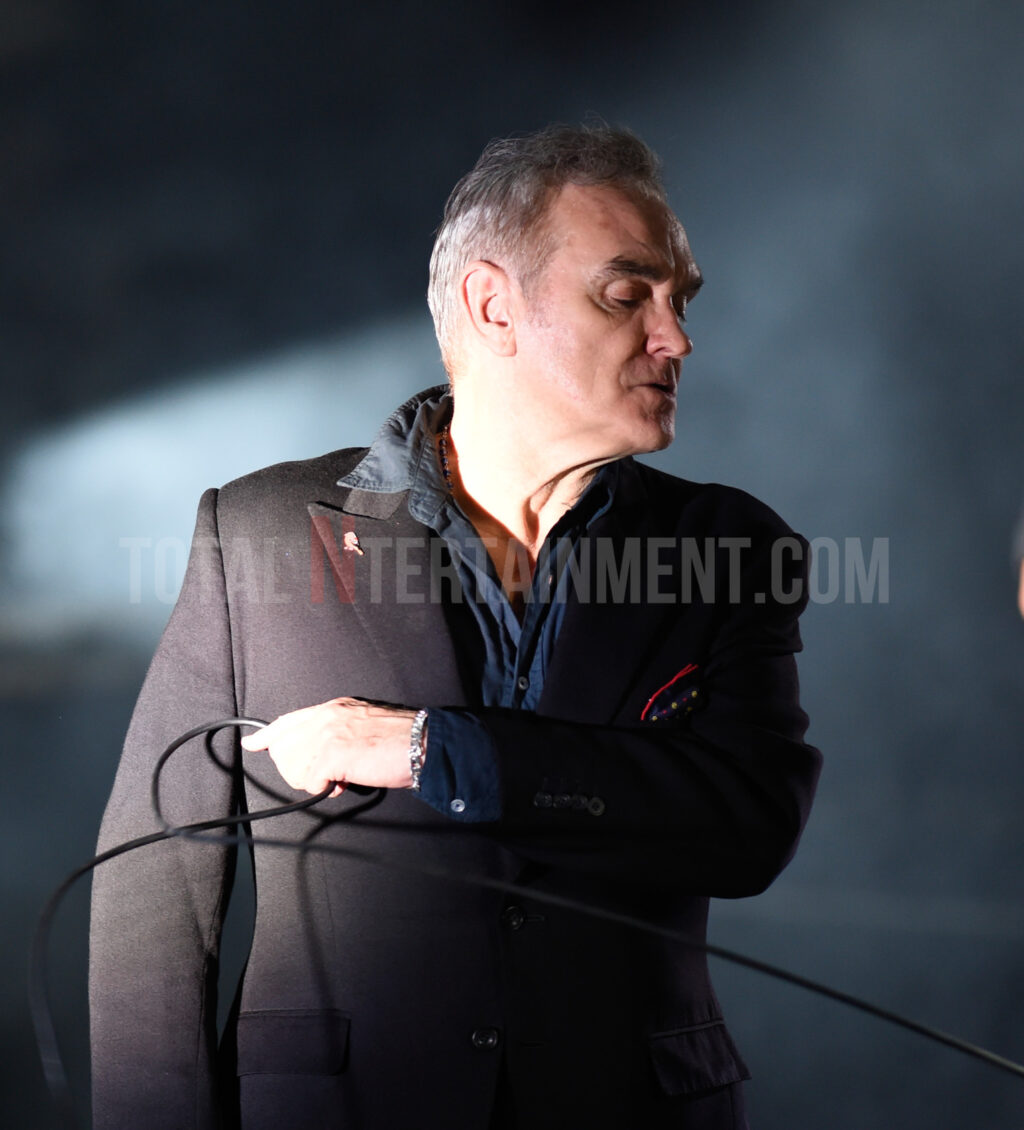 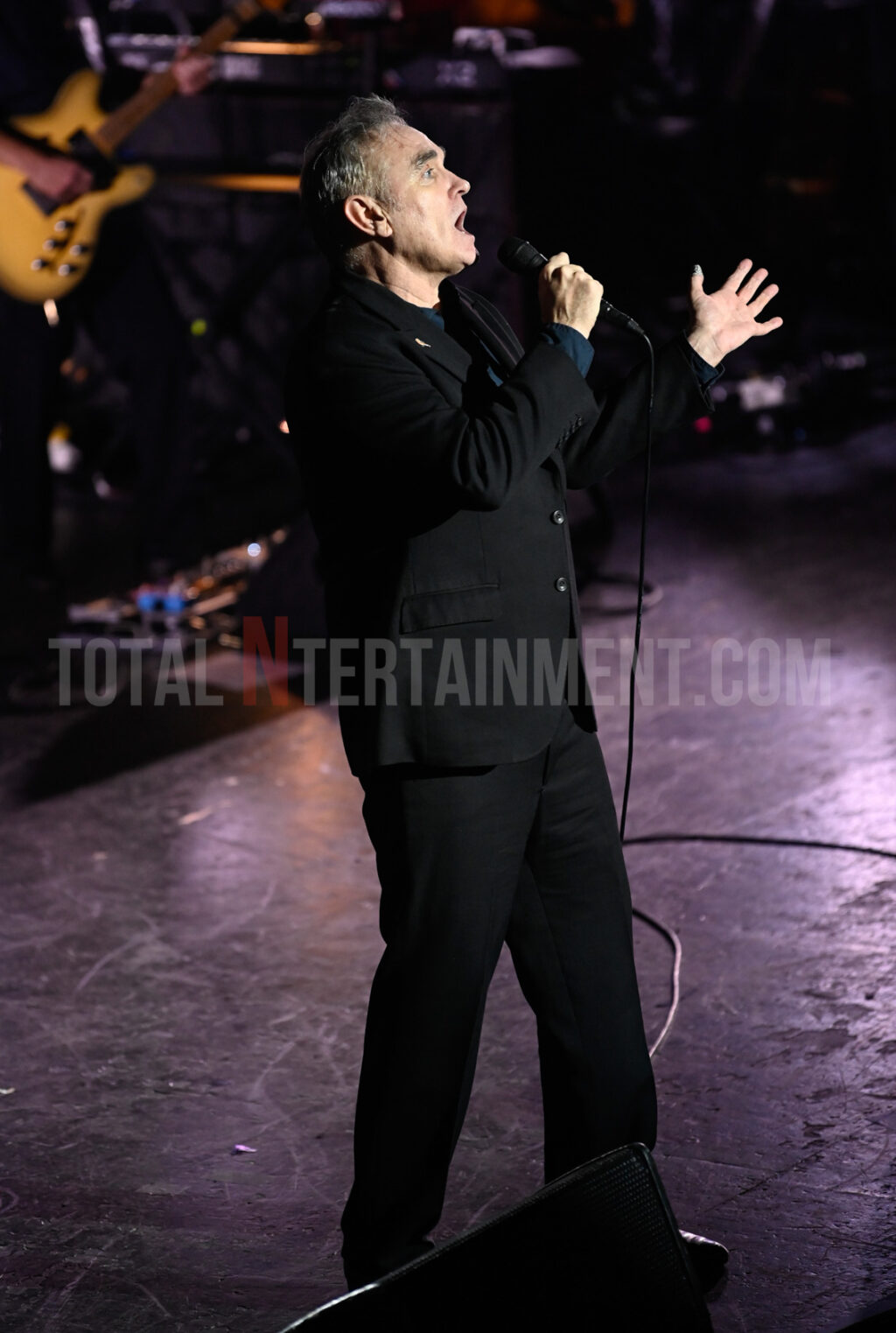 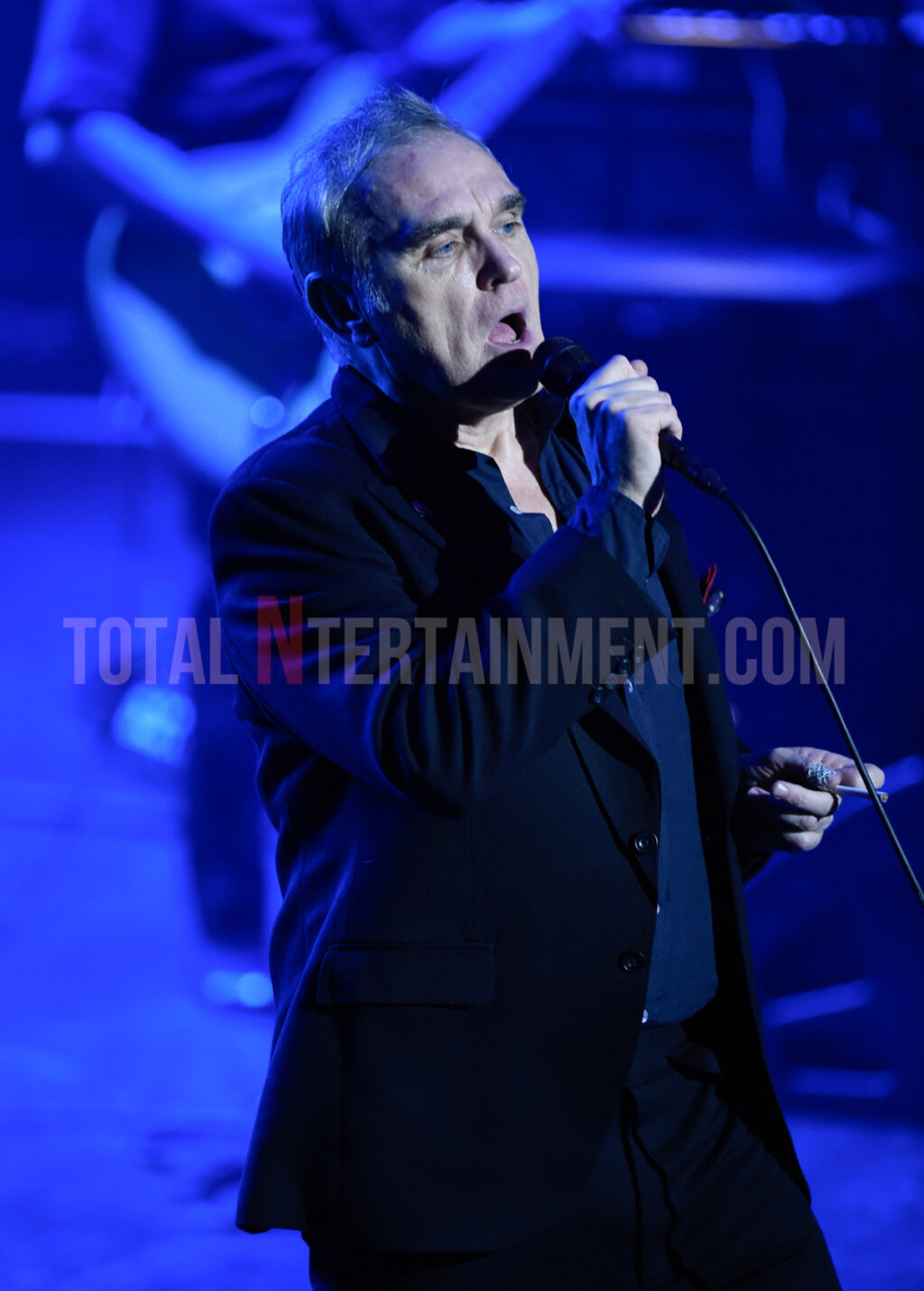 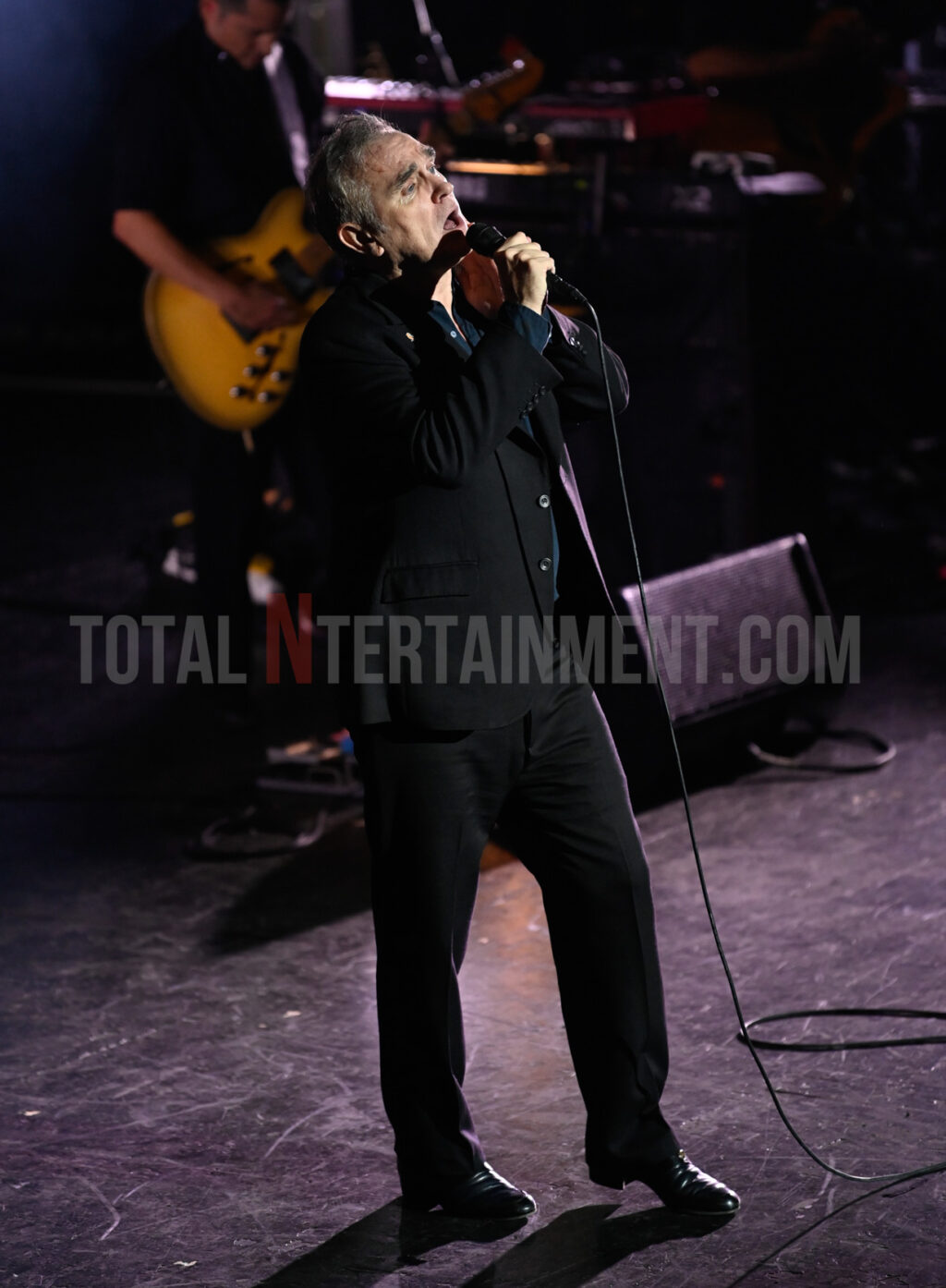 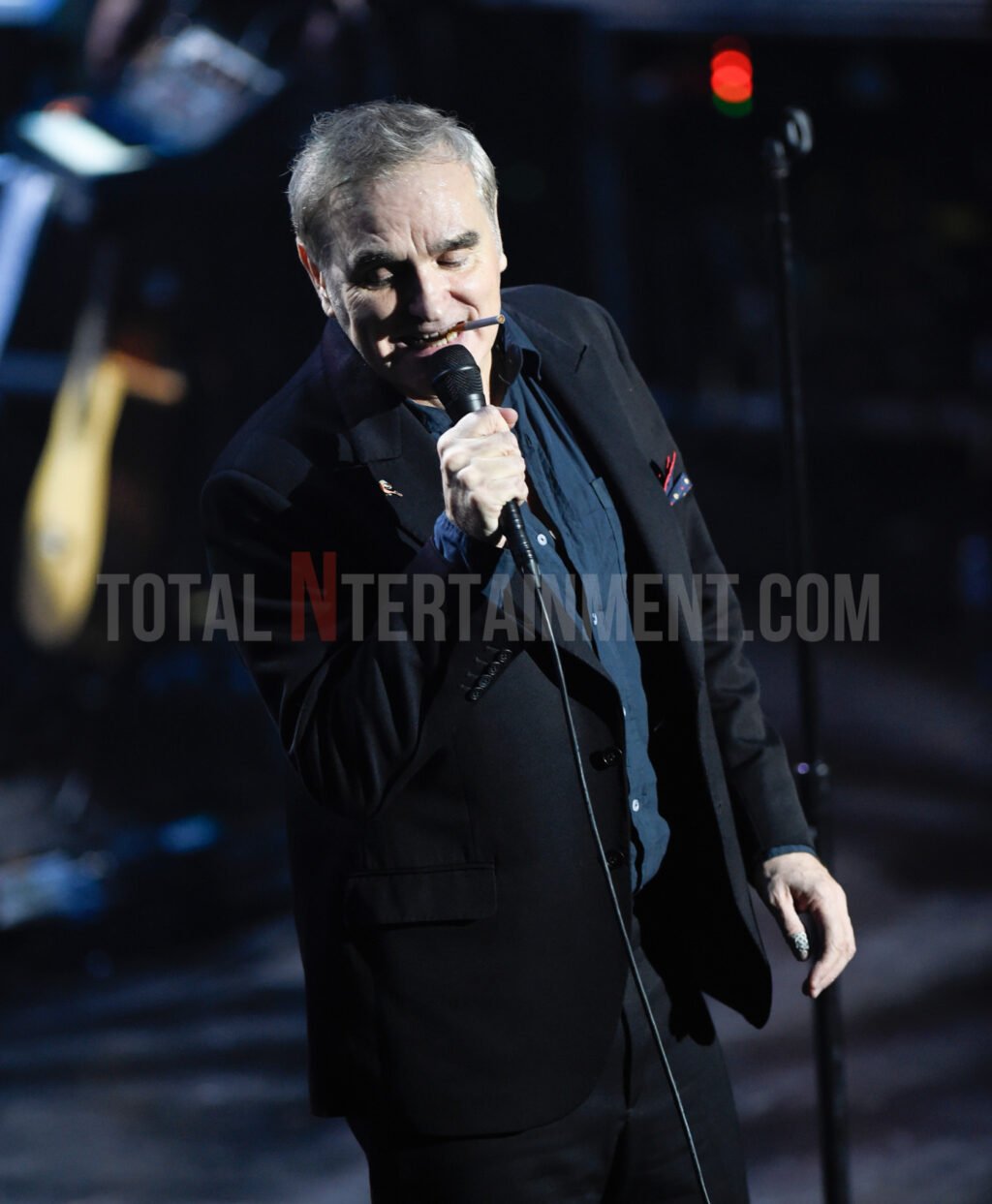 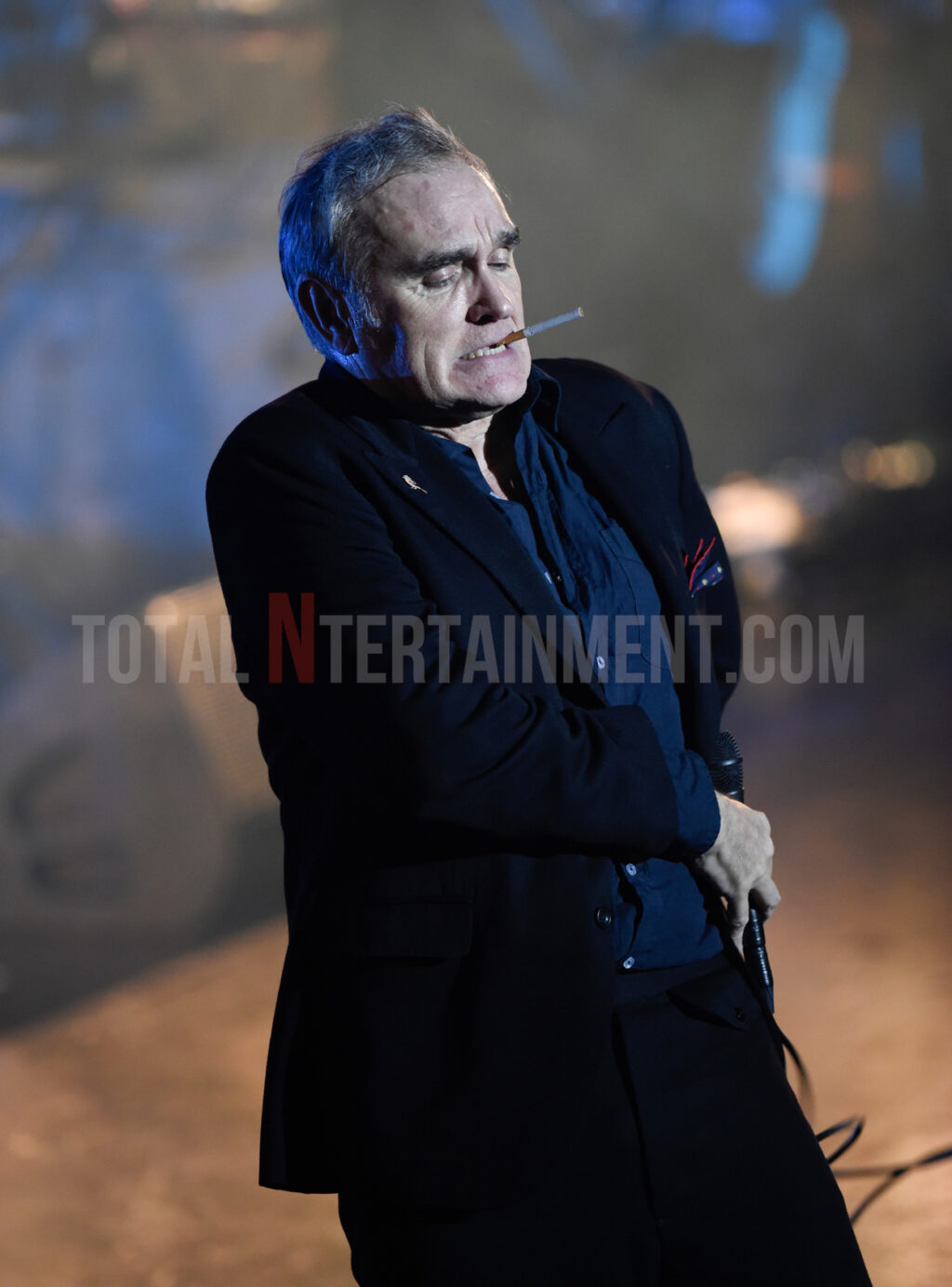 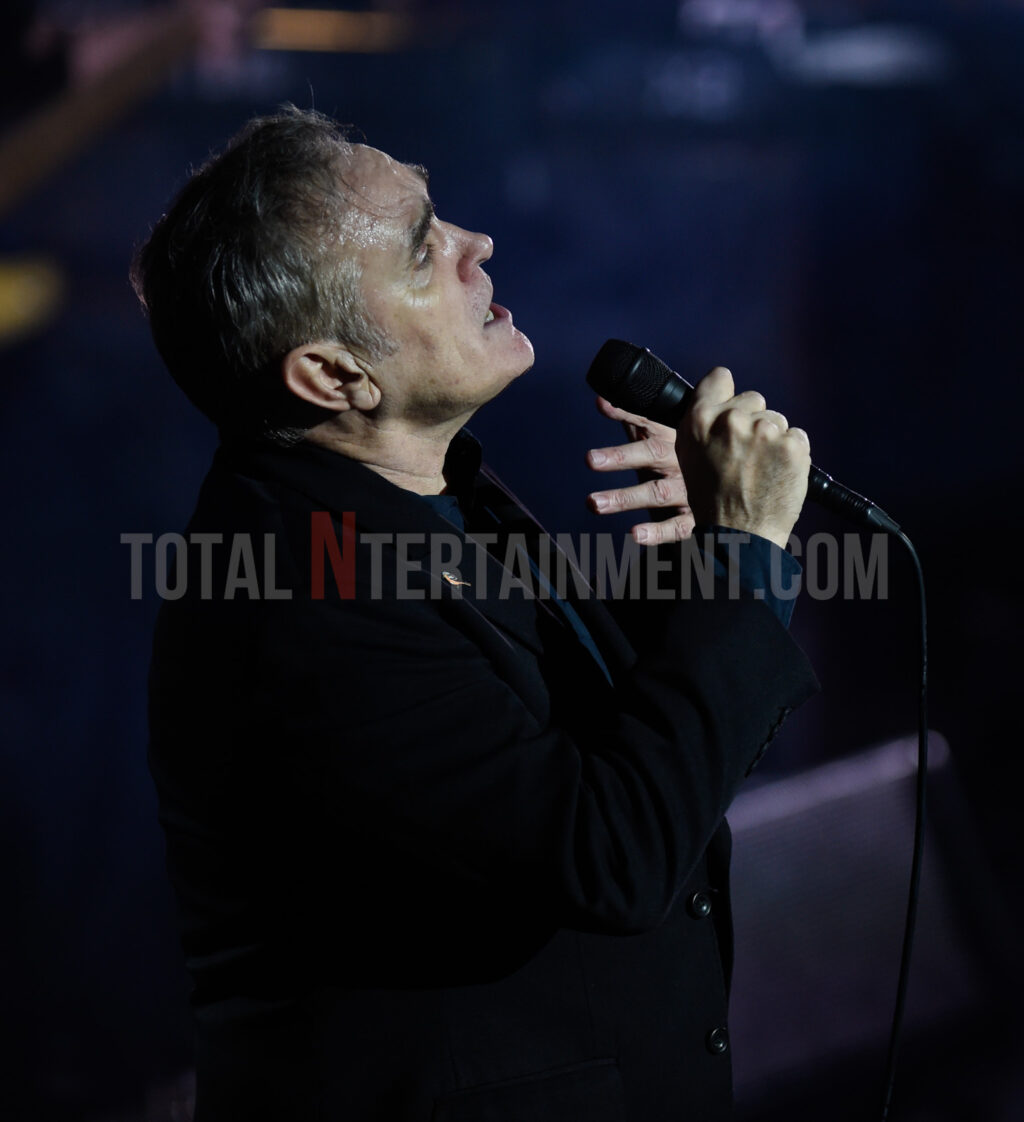 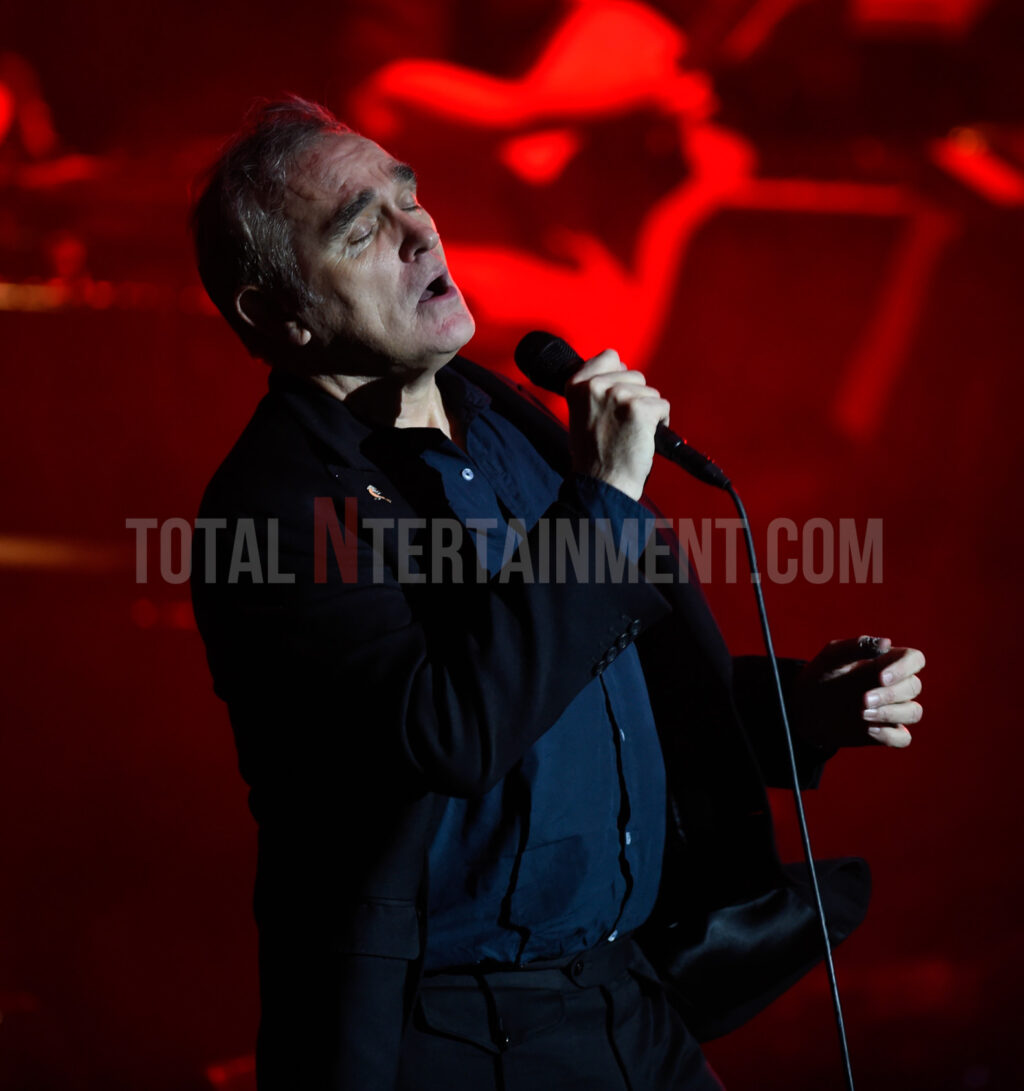 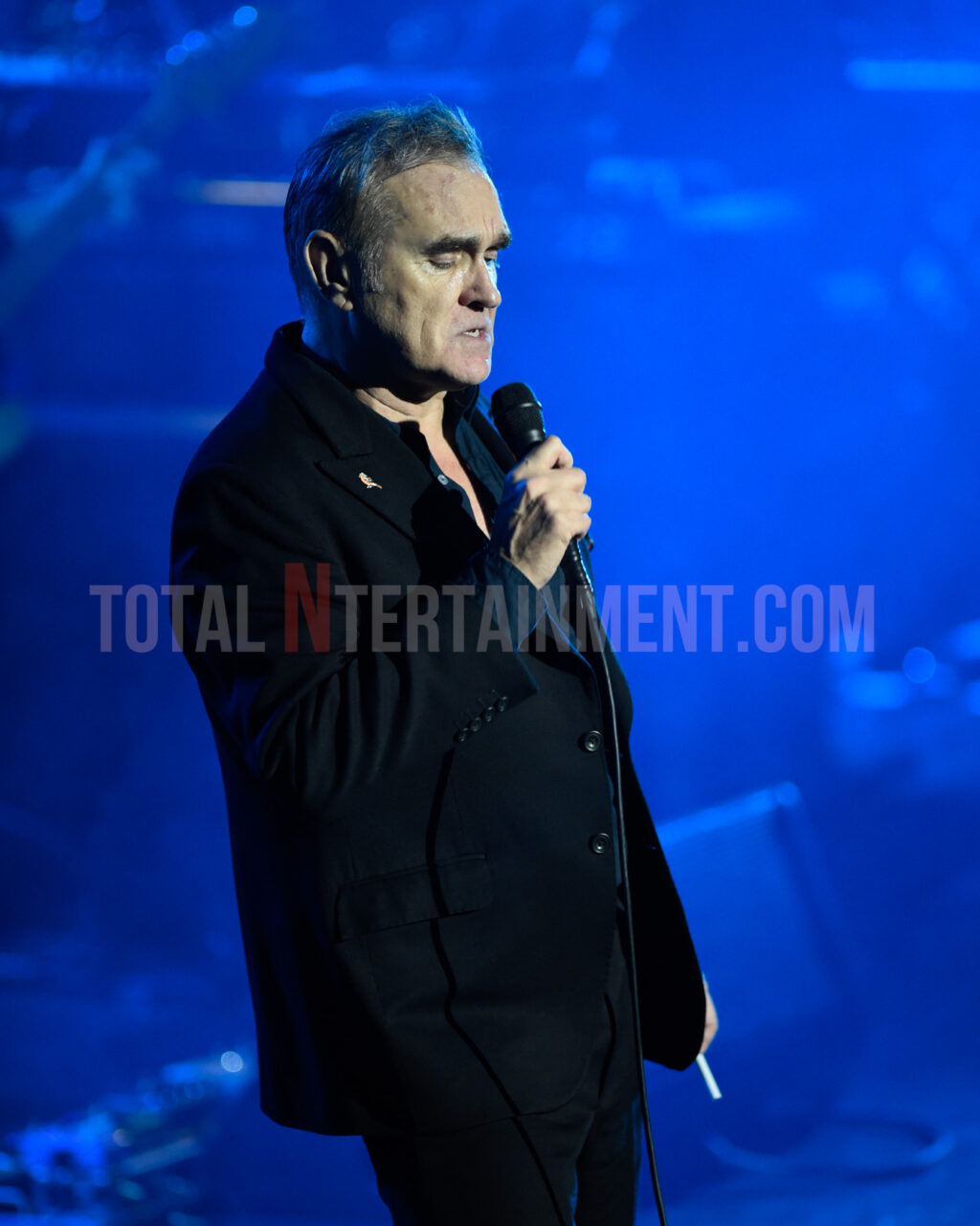 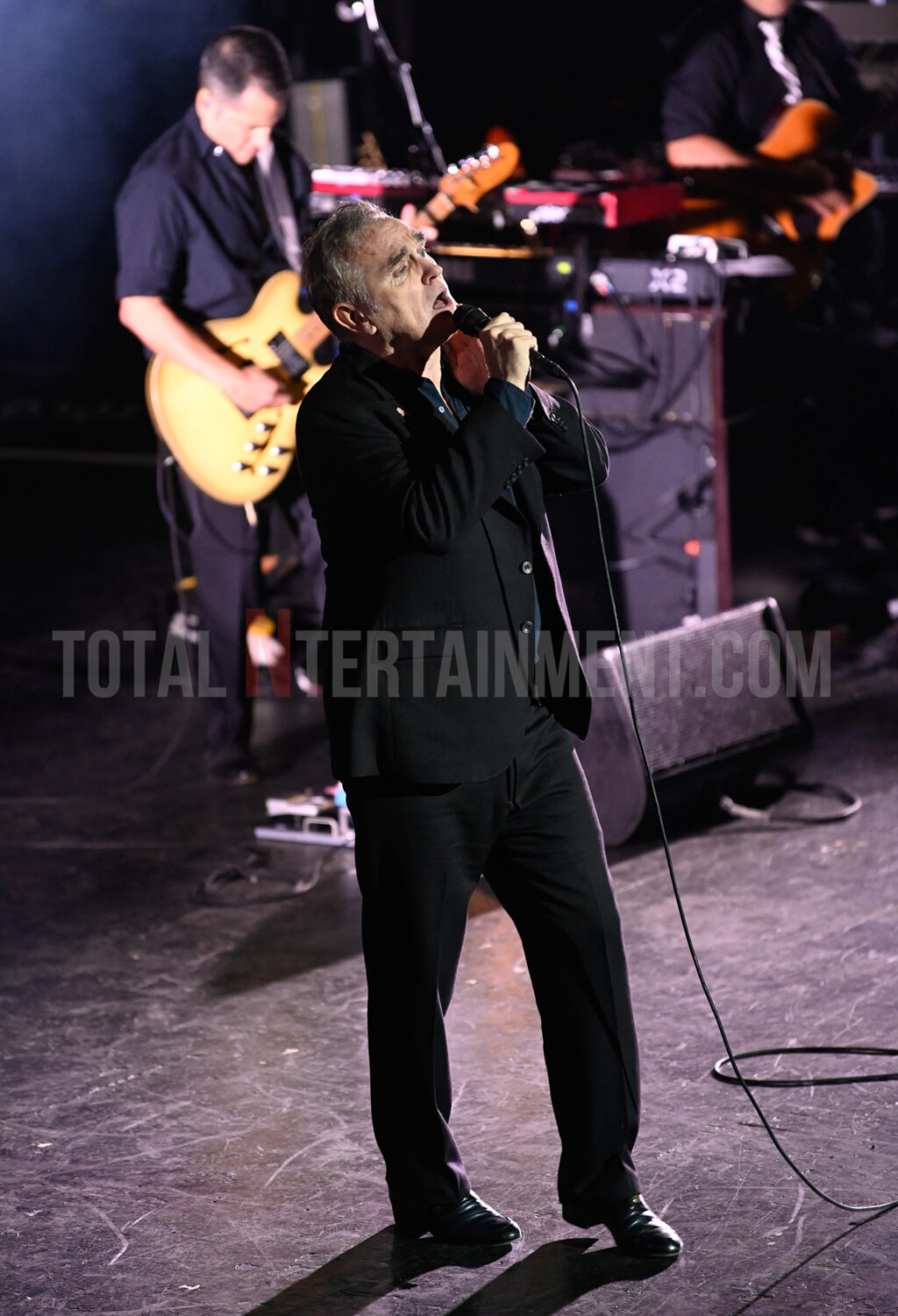 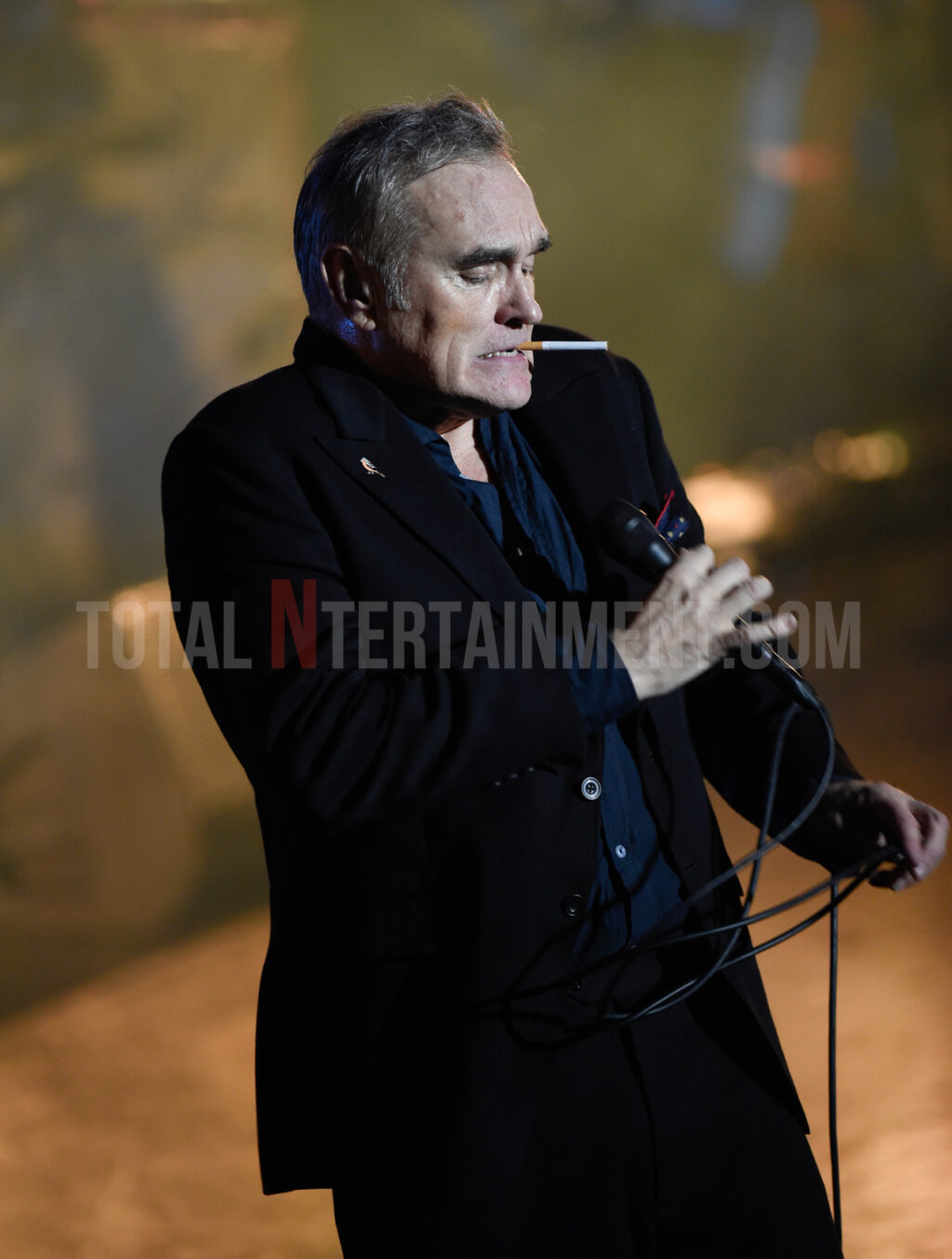 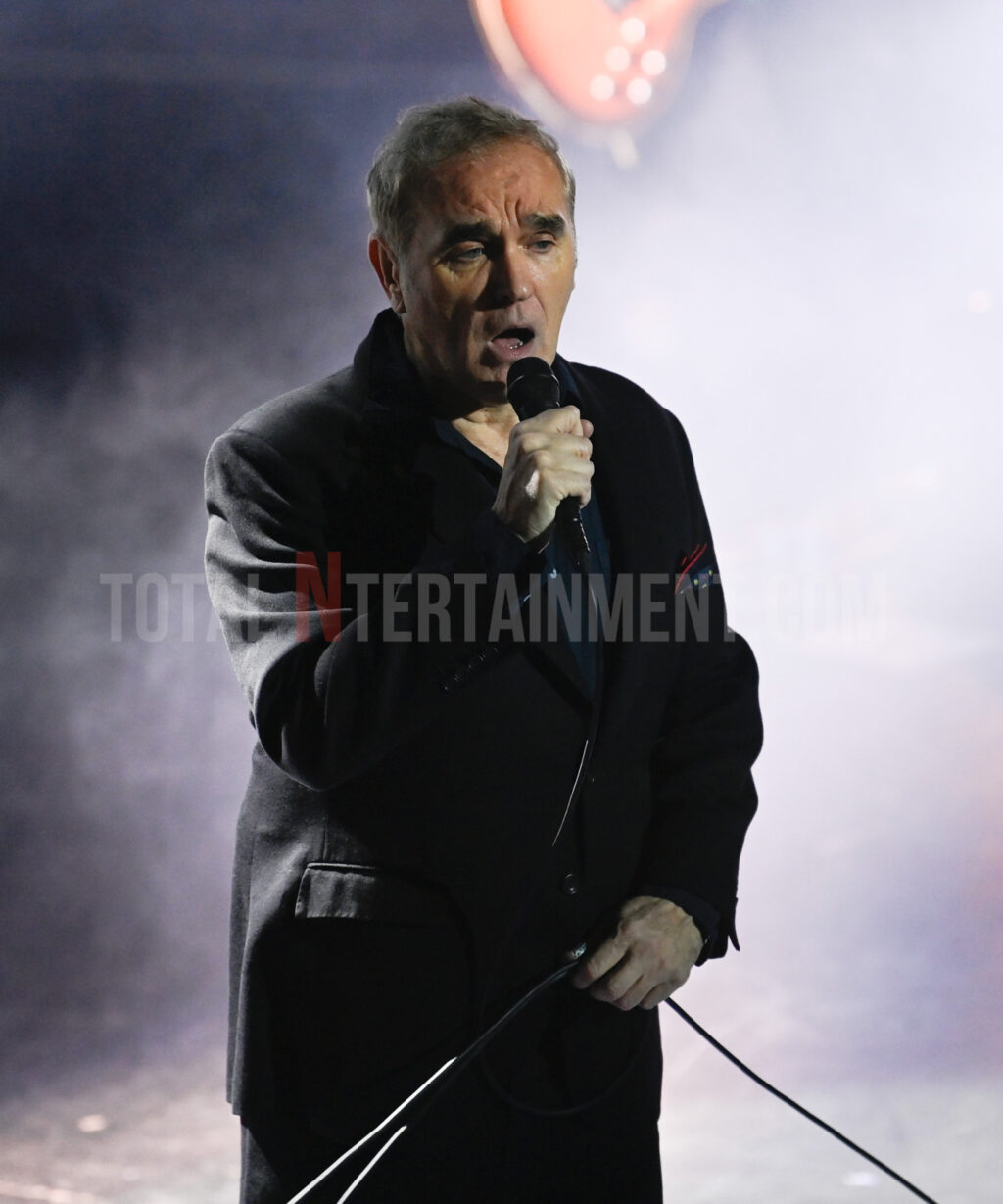 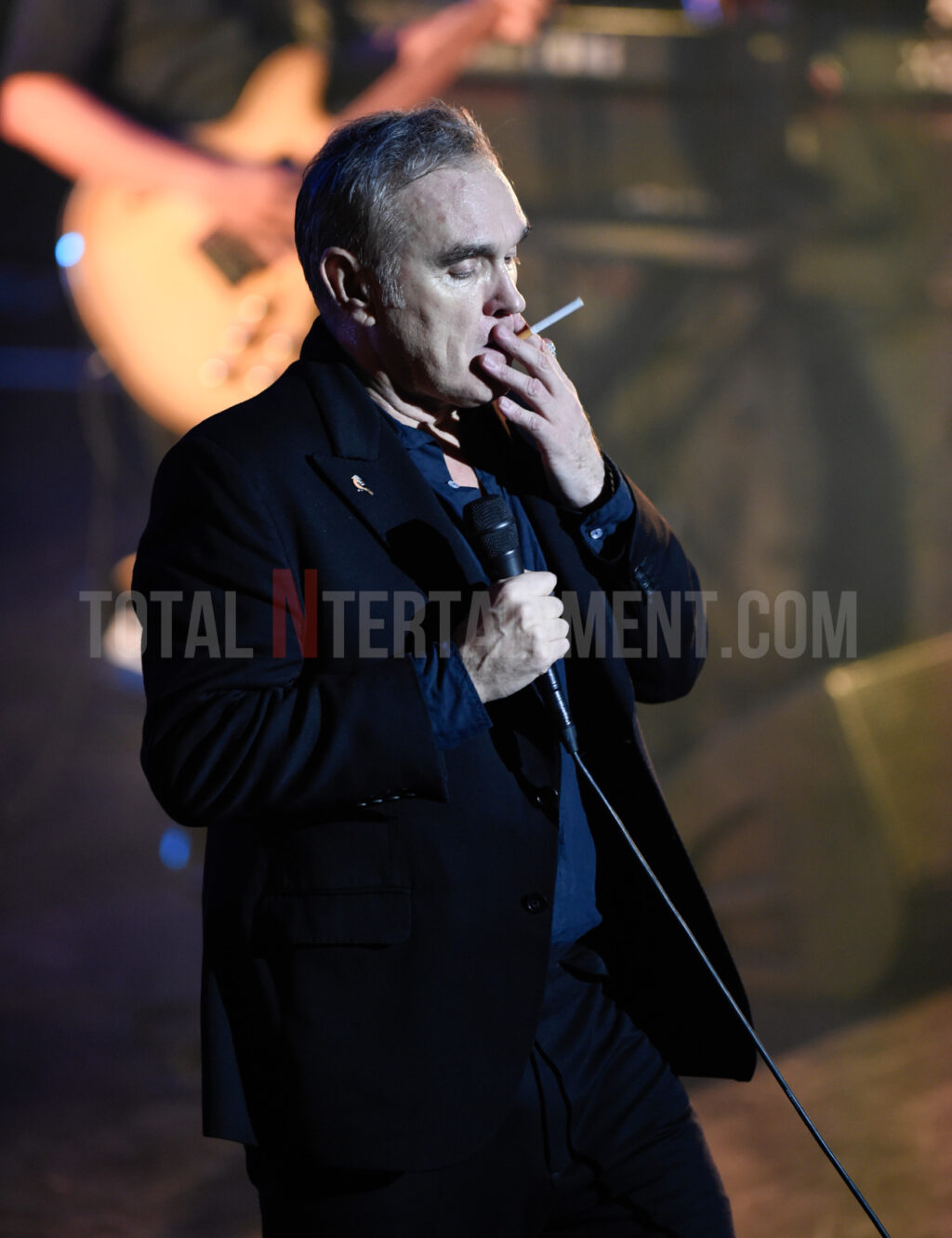 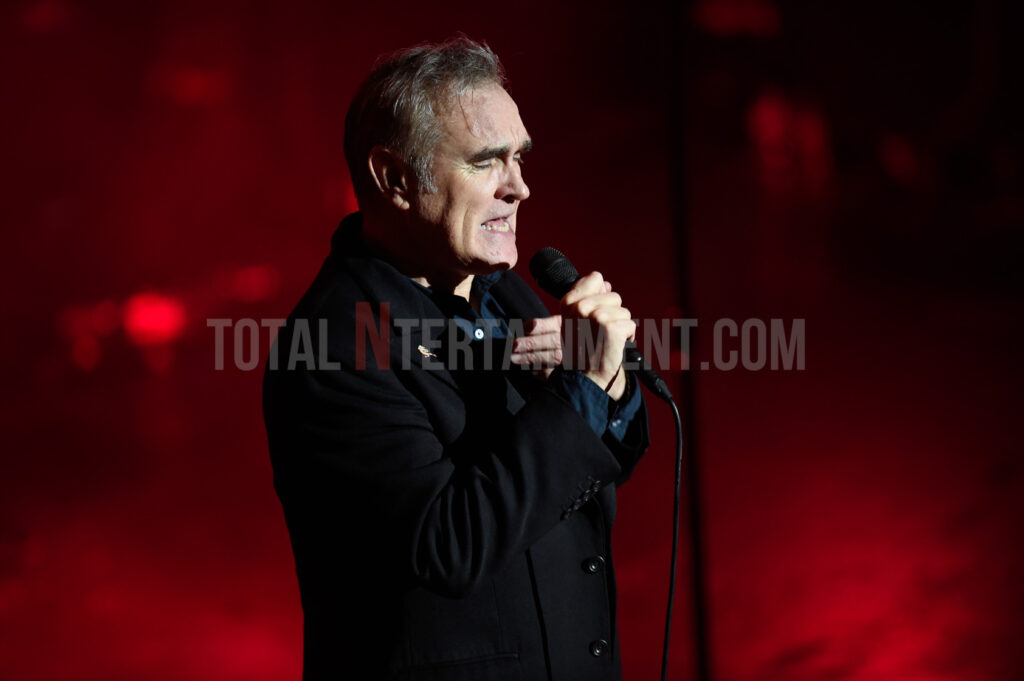 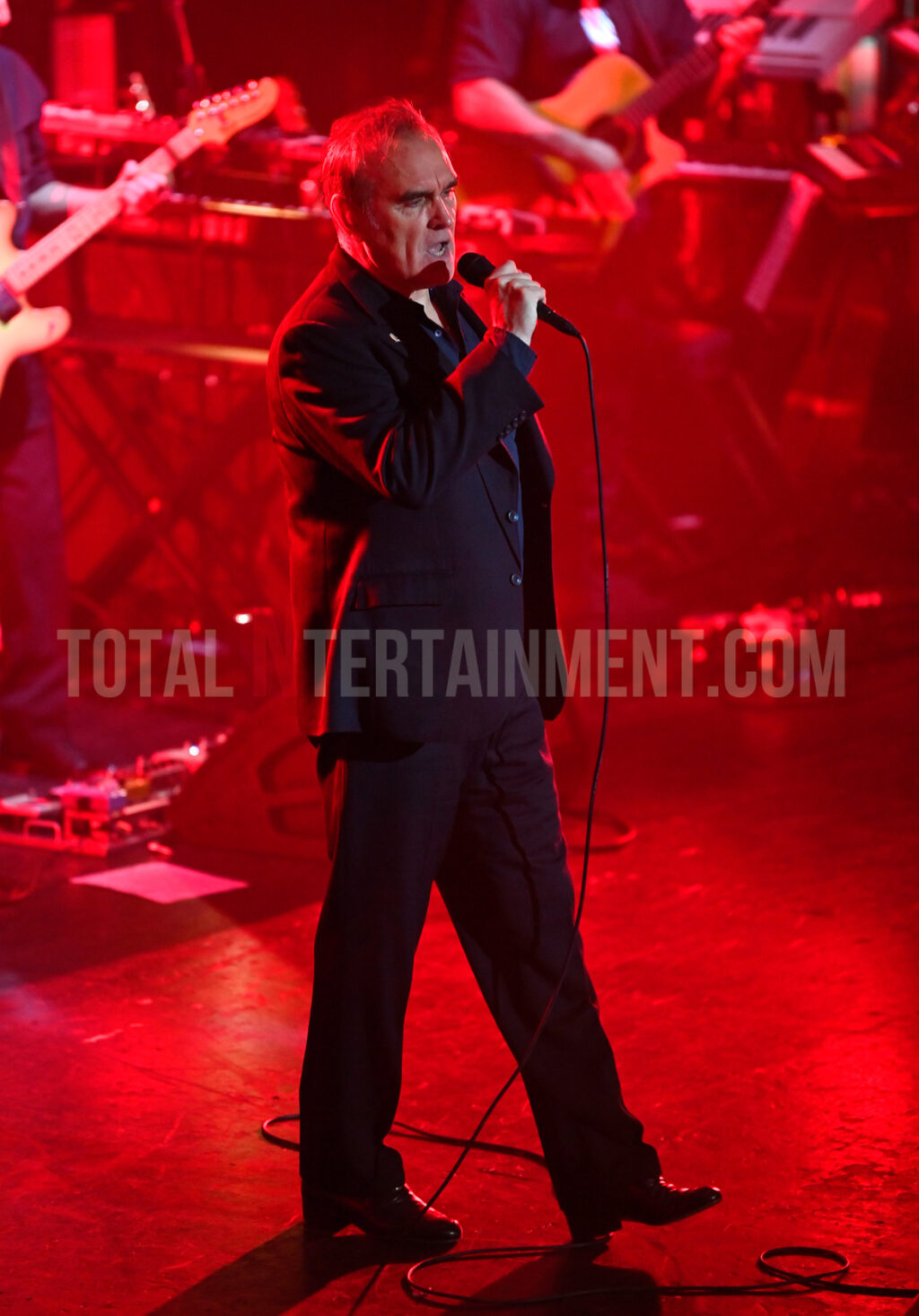 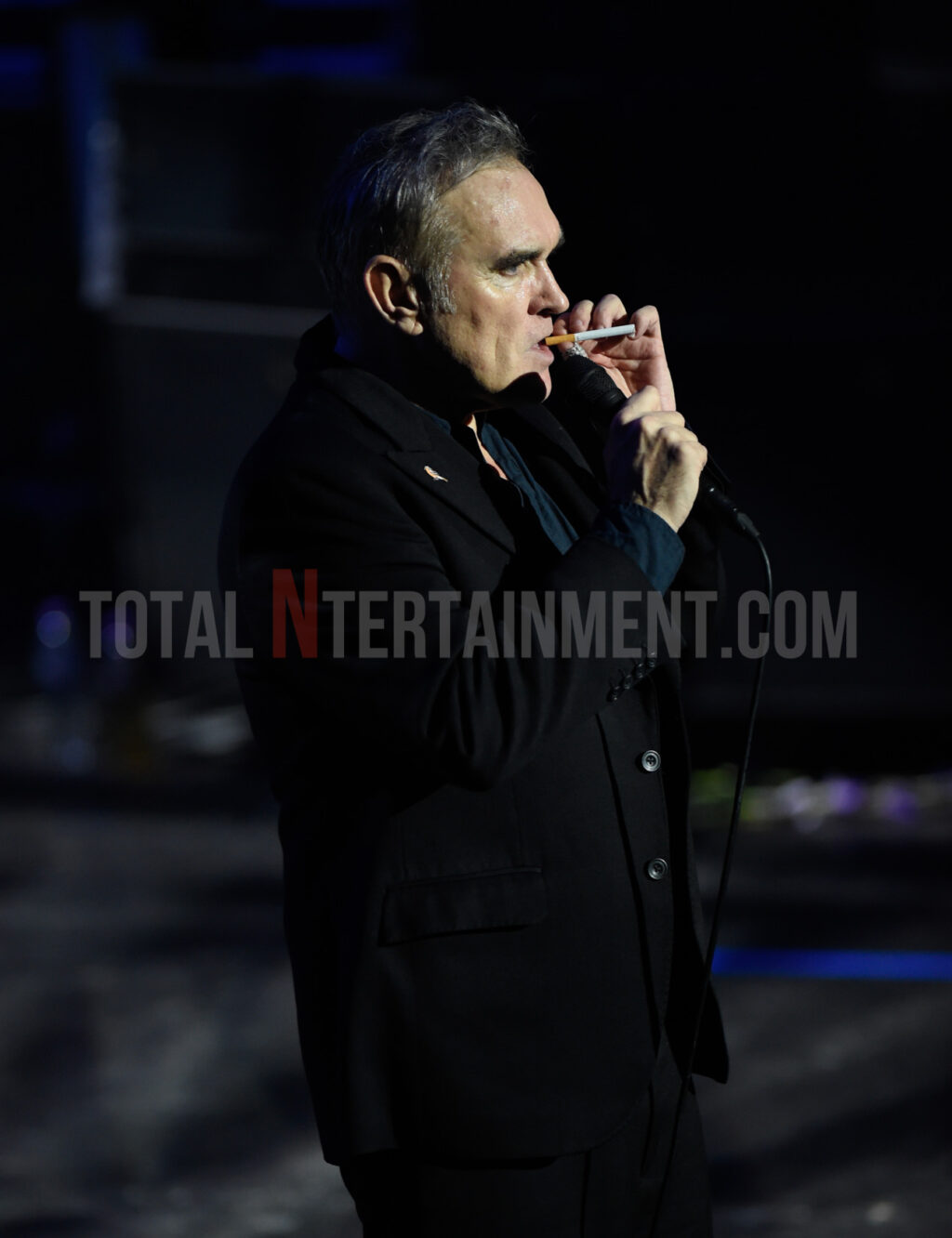 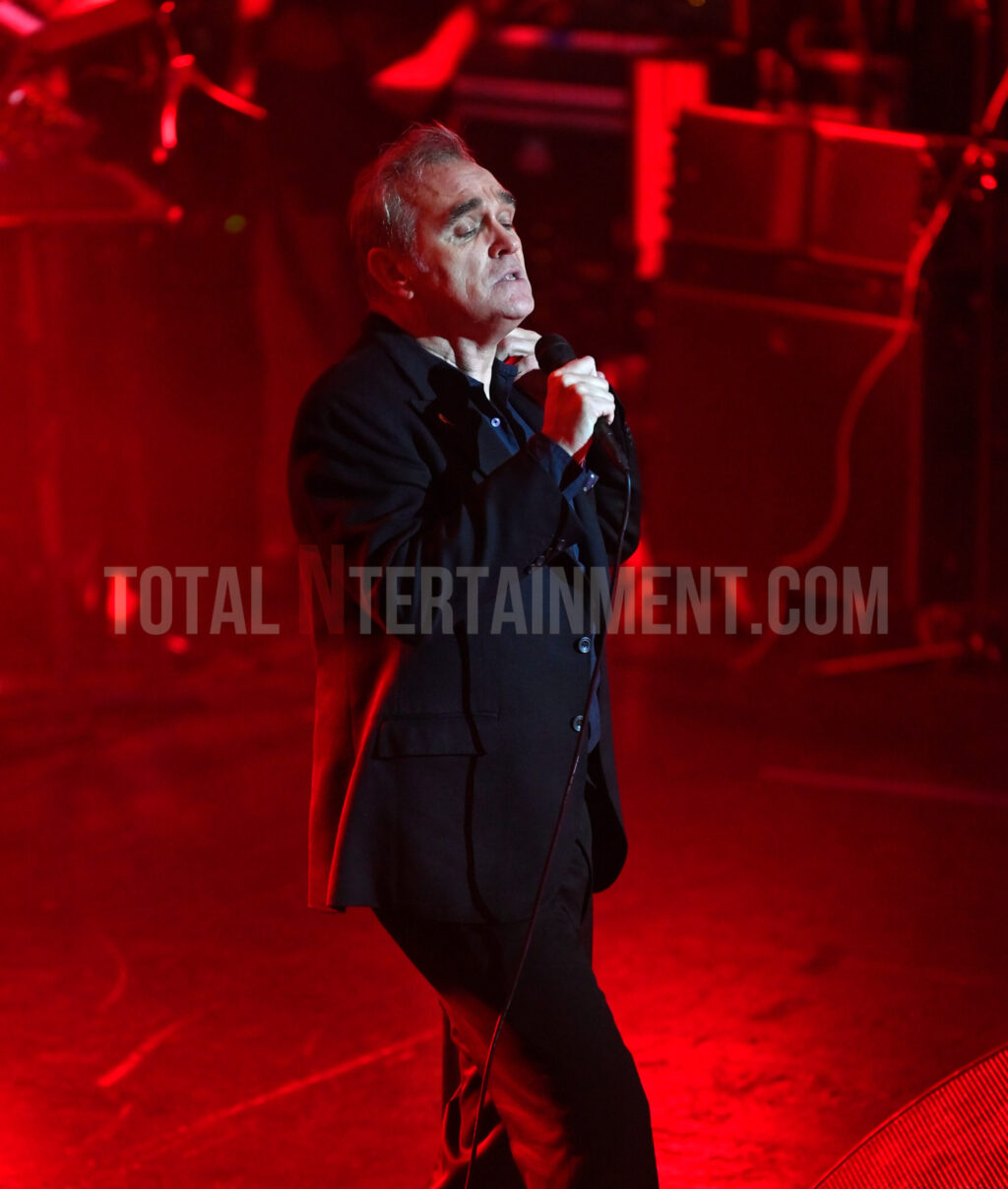 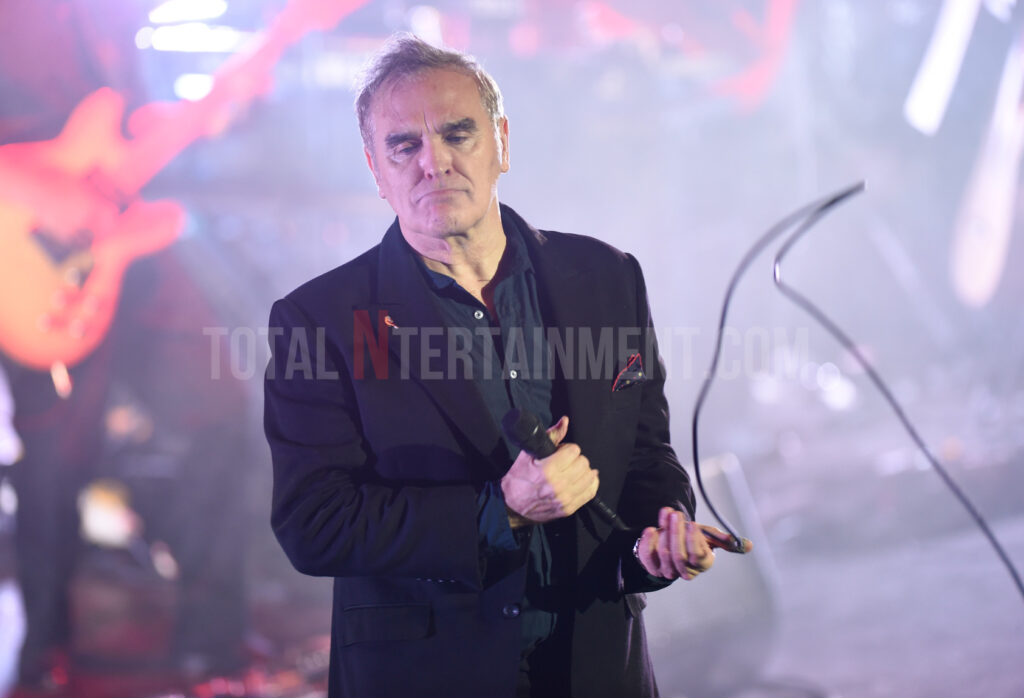 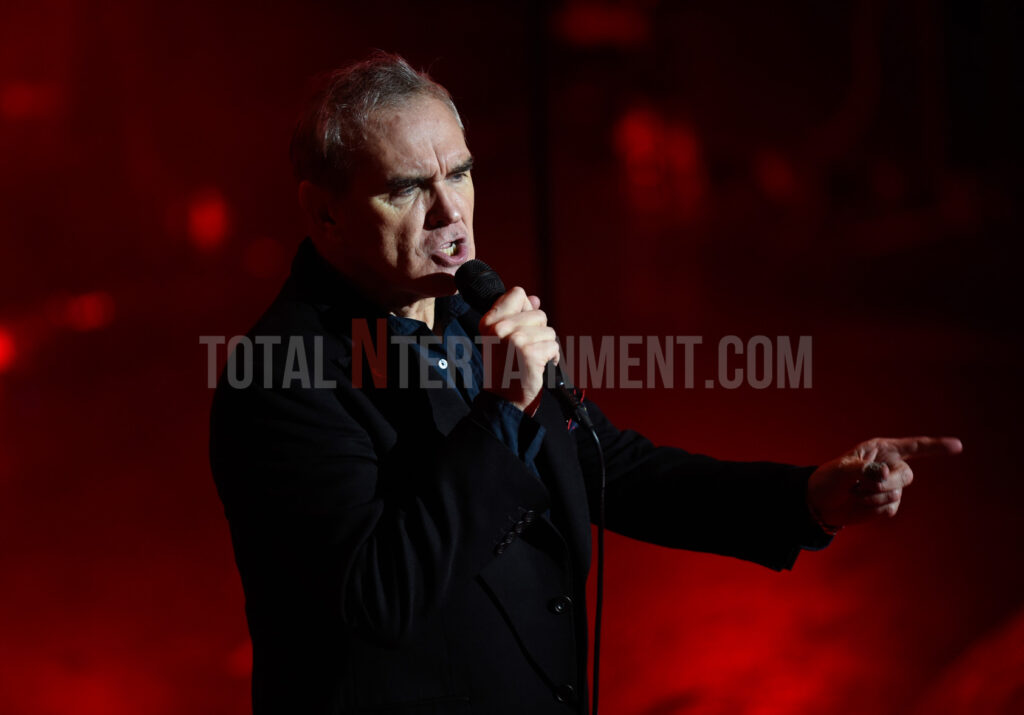 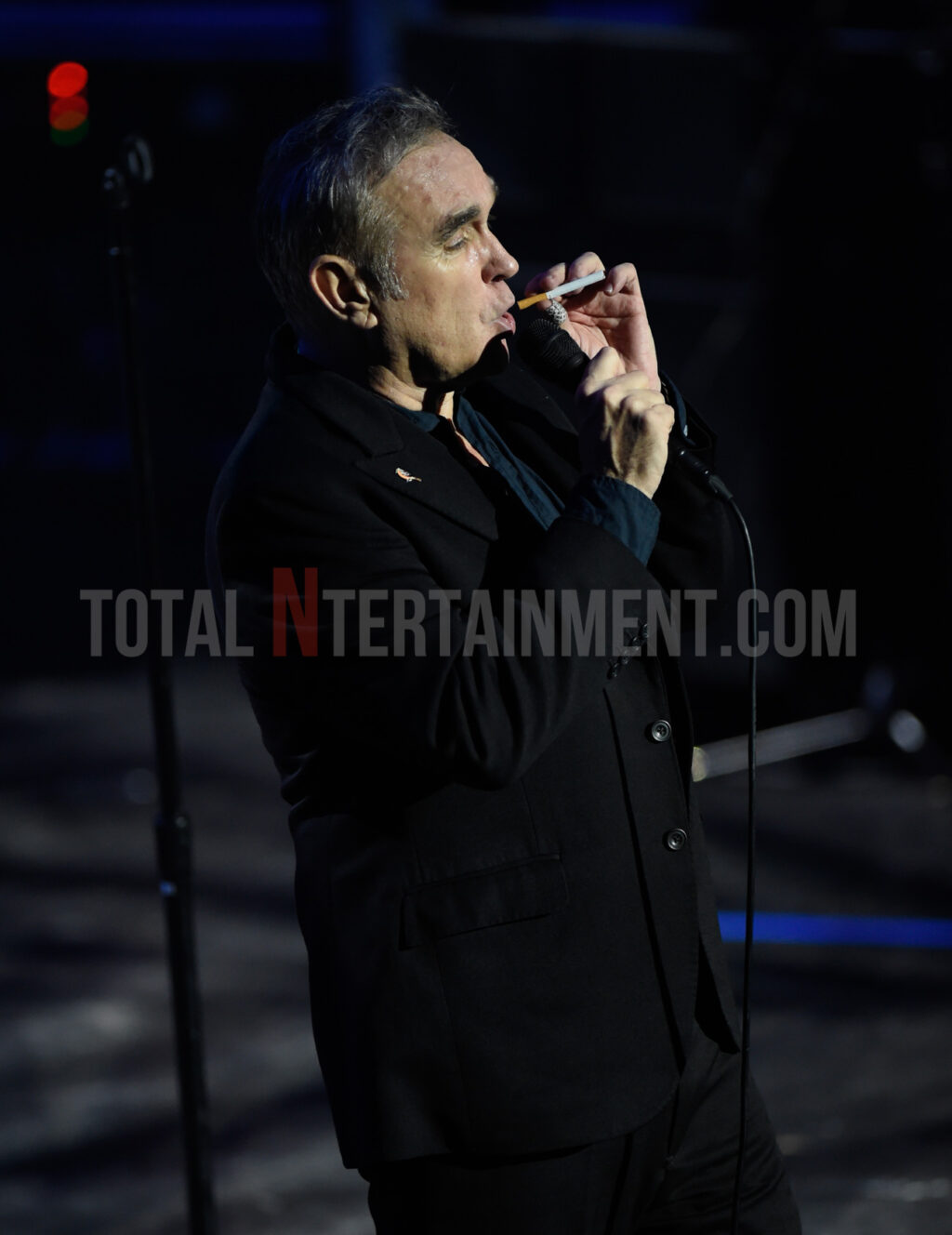 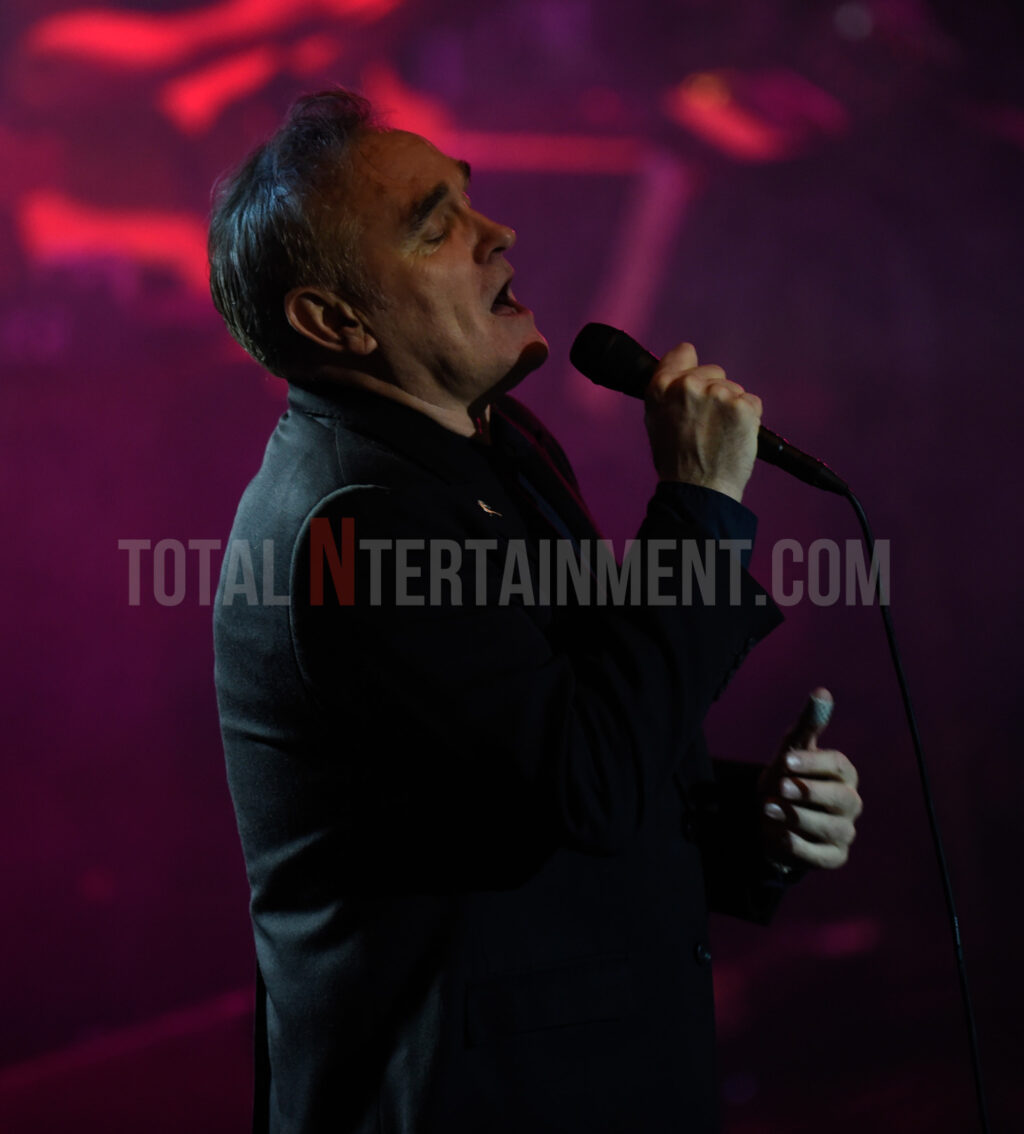 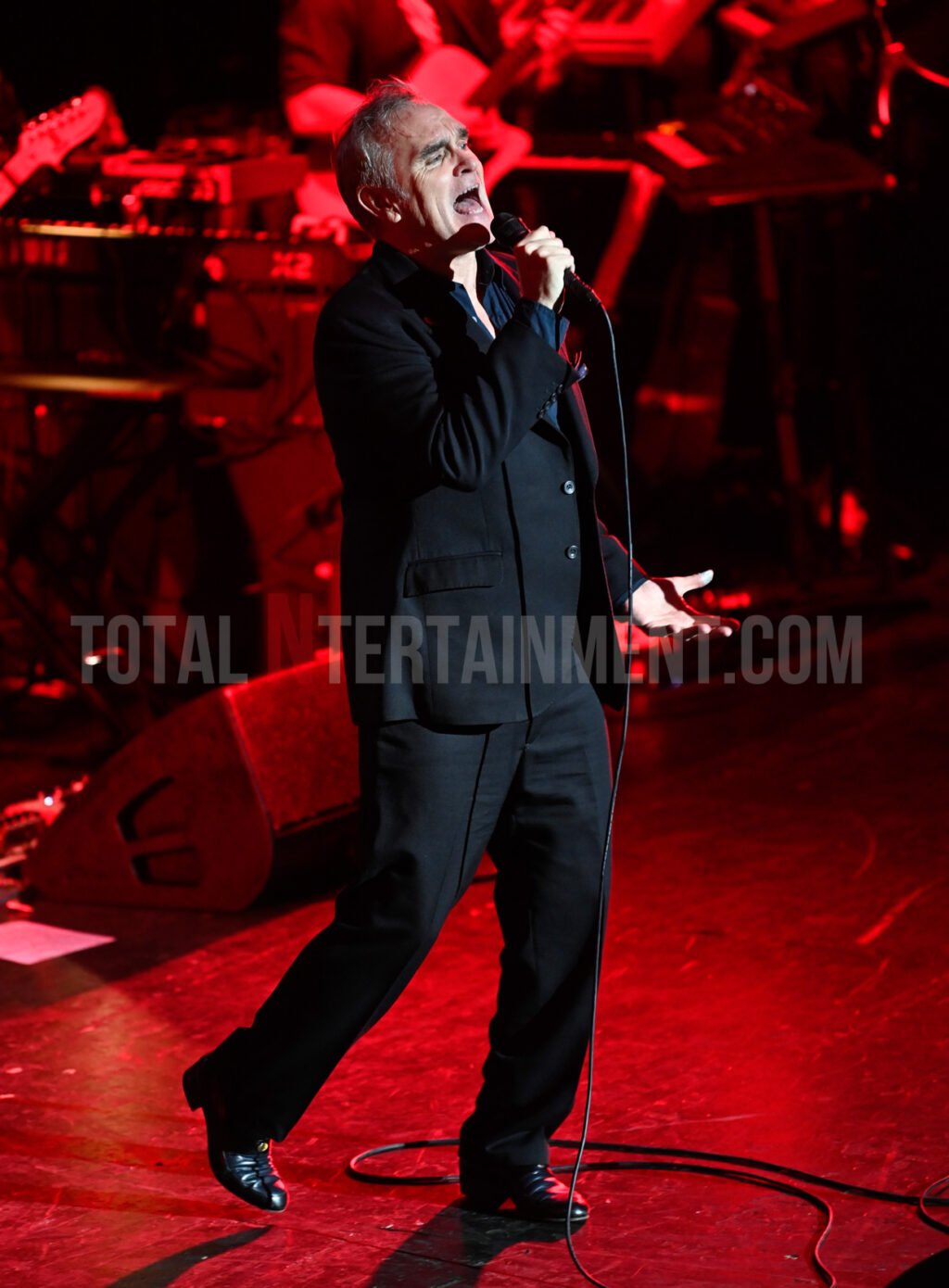