Sir Ranulph Fiennes has been described by the Guinness Book of Records as “the world’s greatest explorer” so it comes as no surprise to find that several hundred fans are packed into the intimate surroundings of the Grand Opera House in York for an evening with the man himself.

So, with over five decades of stories and experiences under his belt, you have to wonder how the living legend will even begin to fit it all into a ninety minute show while still leaving time for the inevitable stream of questions from an audience who are quite frankly hooked from the minute he takes to the stage. That question is answered an hour and a half later as, while this has been a truly inspiring evening, it would be fair to say that Fiennes had only begun to scratch the surface on his incredible life. However, even if this was just a condensed version of his life story, for the ninety minutes Fiennes was on stage (split into two forty-five minute halves), this audience was captivated.

The first half of the show was primarily dedicated to Fiennes experiences in the Army and the SAS as Fiennes entertained the audience with stories of blowing up lakes, robbing banks and learning Arabic before being dropped in the middle of the jungle to spend time avoiding venomous snake bites and being blown up by mines. As those forty-five minutes progressed, the tales shifted into a more familiar territory for this audience with Fiennes starting to recall his experiences trekking around the globe with the support of his loyal wife.

The second half continued where the first half abruptly ended as Fiennes recalled becoming the first human to reach both poles by surface travel only. Incredibly humourous throughout, Fiennes effortlessly puts a comical twist on the toughest of situation, although when discussing the inherent dangers of his travels, Fiennes reveals how he suffered a heart attack 300m from the top of Everest, had to have the tops of his fingers amputated and, during one trek, saw his weight drop to nine stone from over fifteen. It’s an eye-opening insight into his life and one he manages to lighten up by recalling how, with the help of solar power, had access to the BBC for two minutes a day only for poor coverage to result in days arguing with his partner about who England had just gone to war with.

It was obvious from the outset that An Evening With Ranulph Fiennes was only going to scratch the surface of his incredible life and, judging by the stream of questions submitted by Twitter and from the live audience, this audience could and, given the opportunity to, would have sat here all night listening to the explorer dive back into fifty+ years of amazing, life-changing experiences. 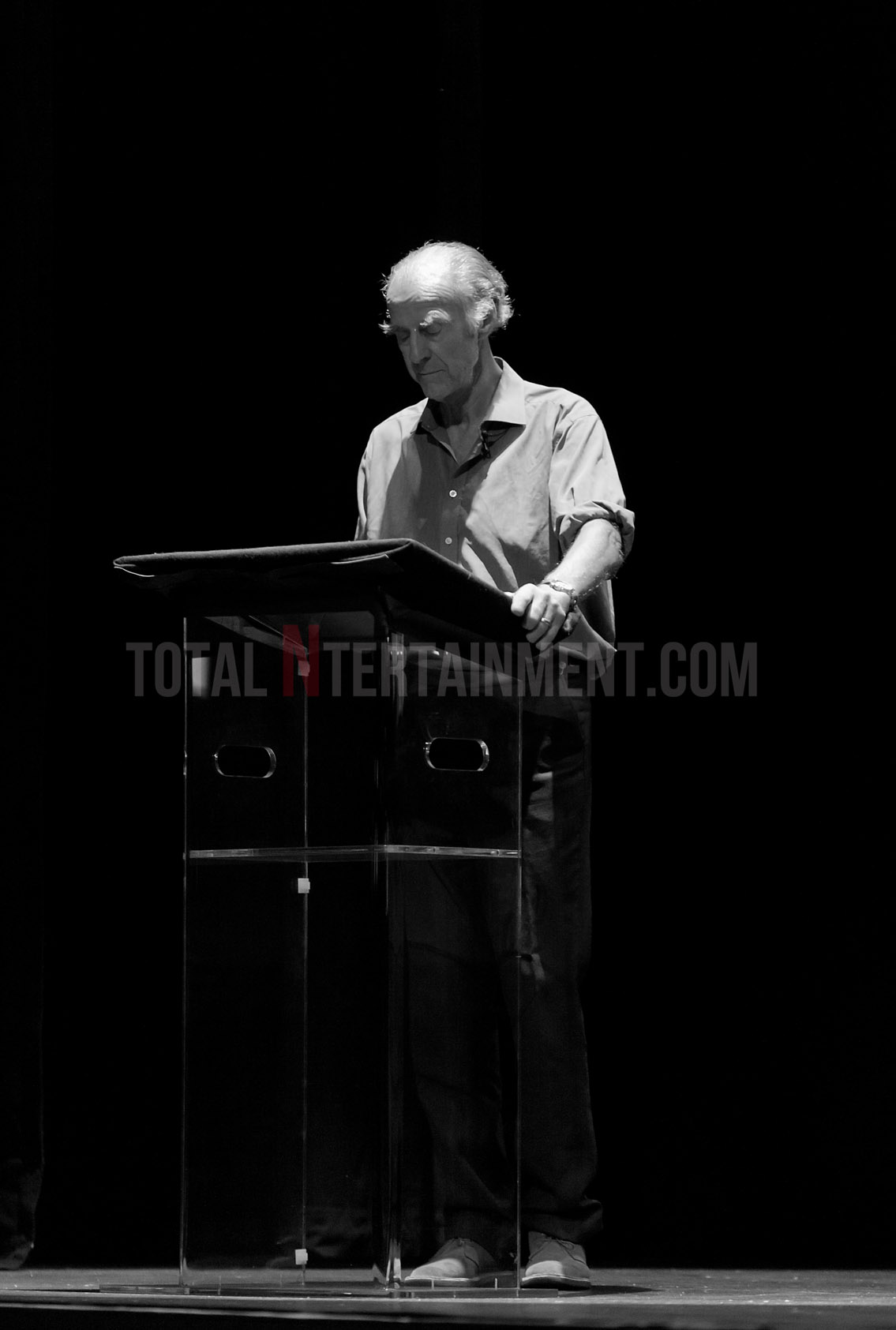 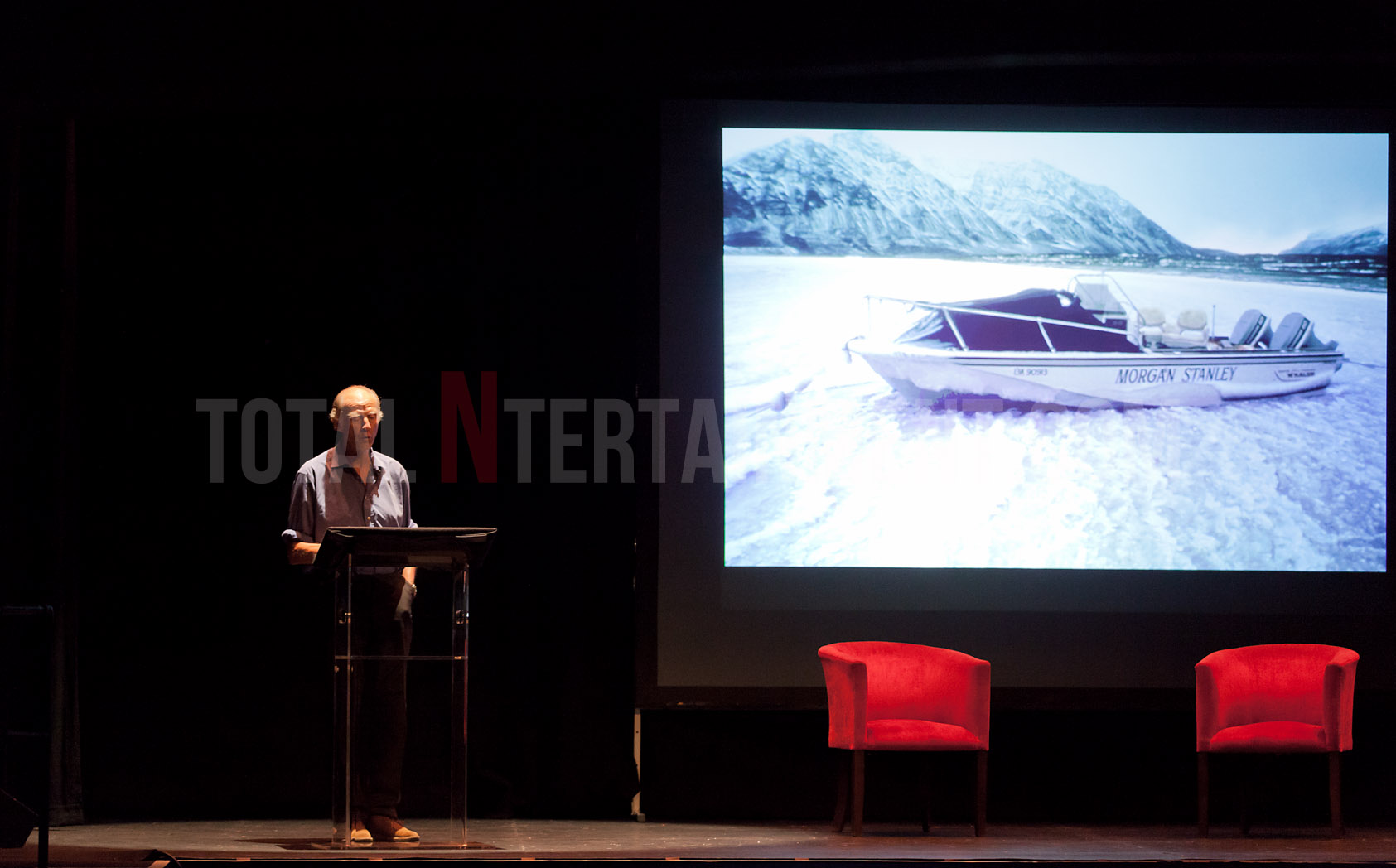 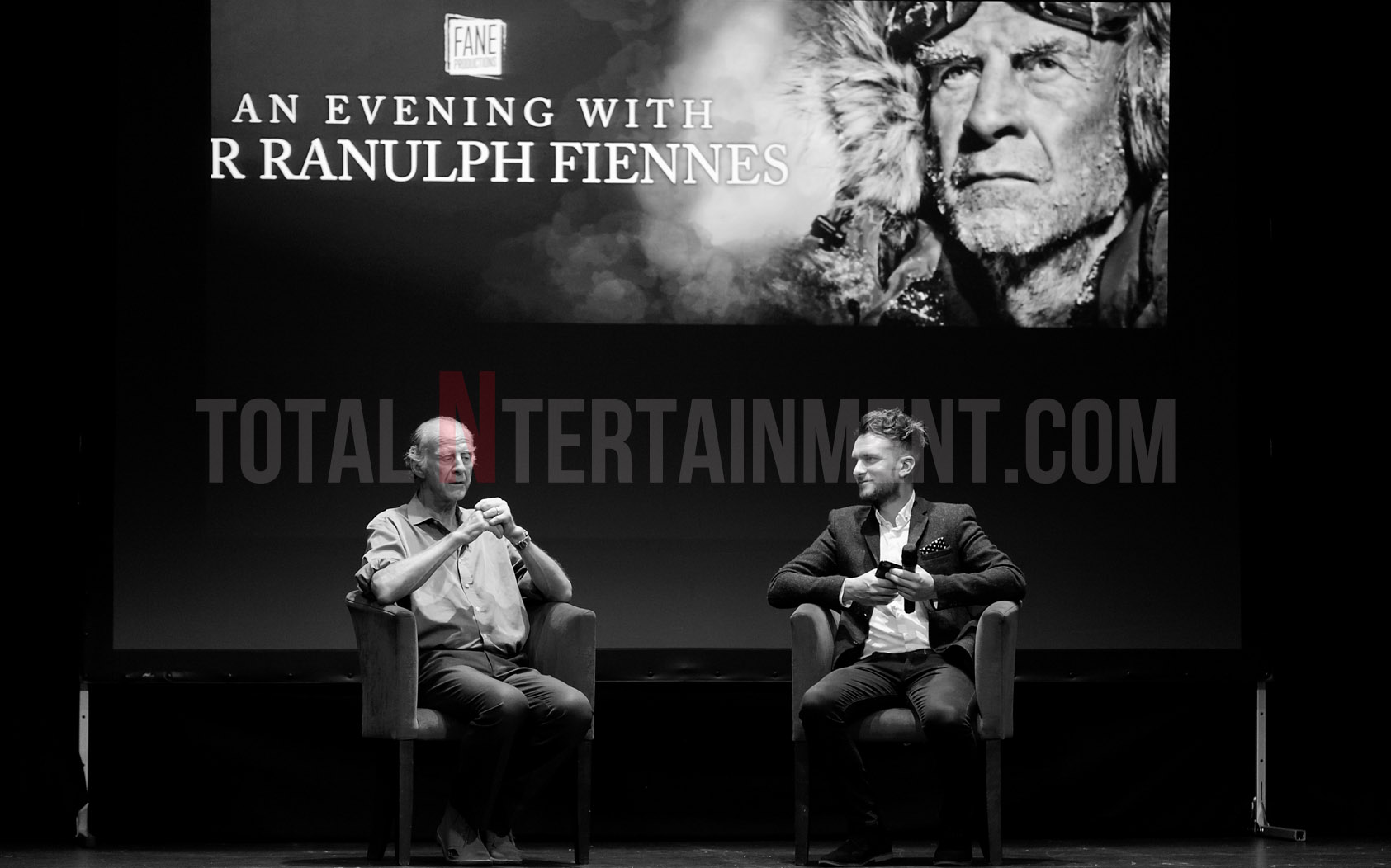 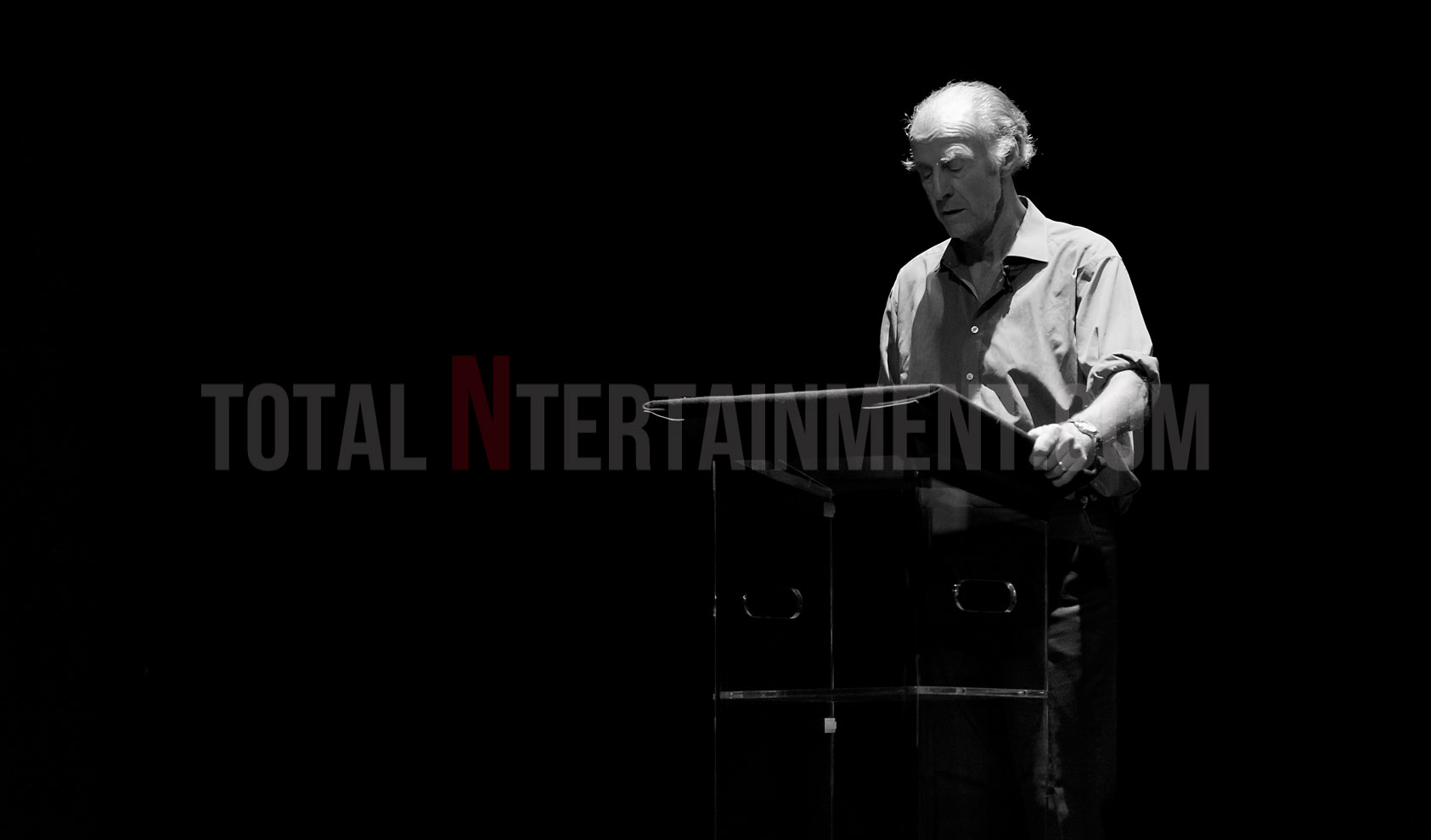 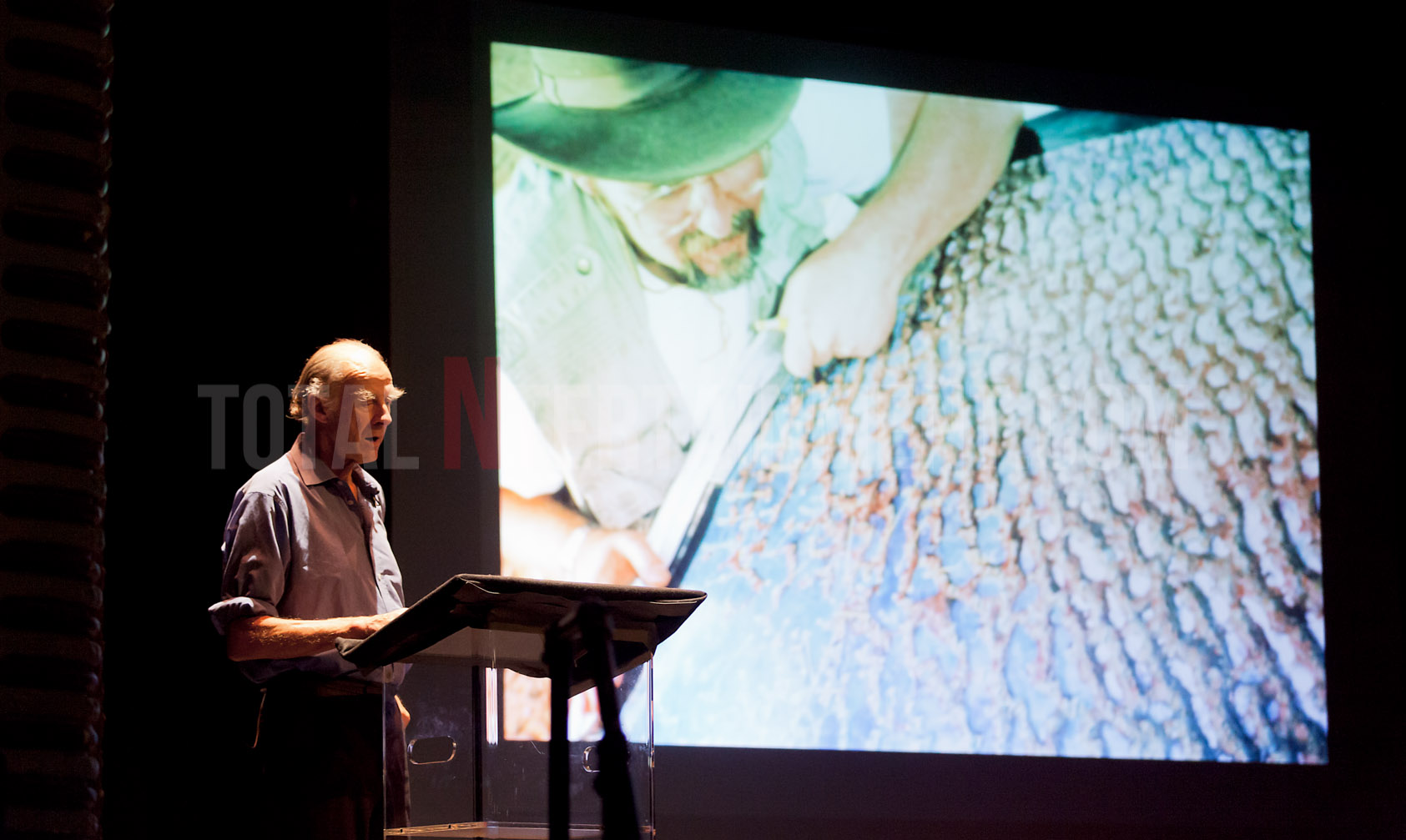 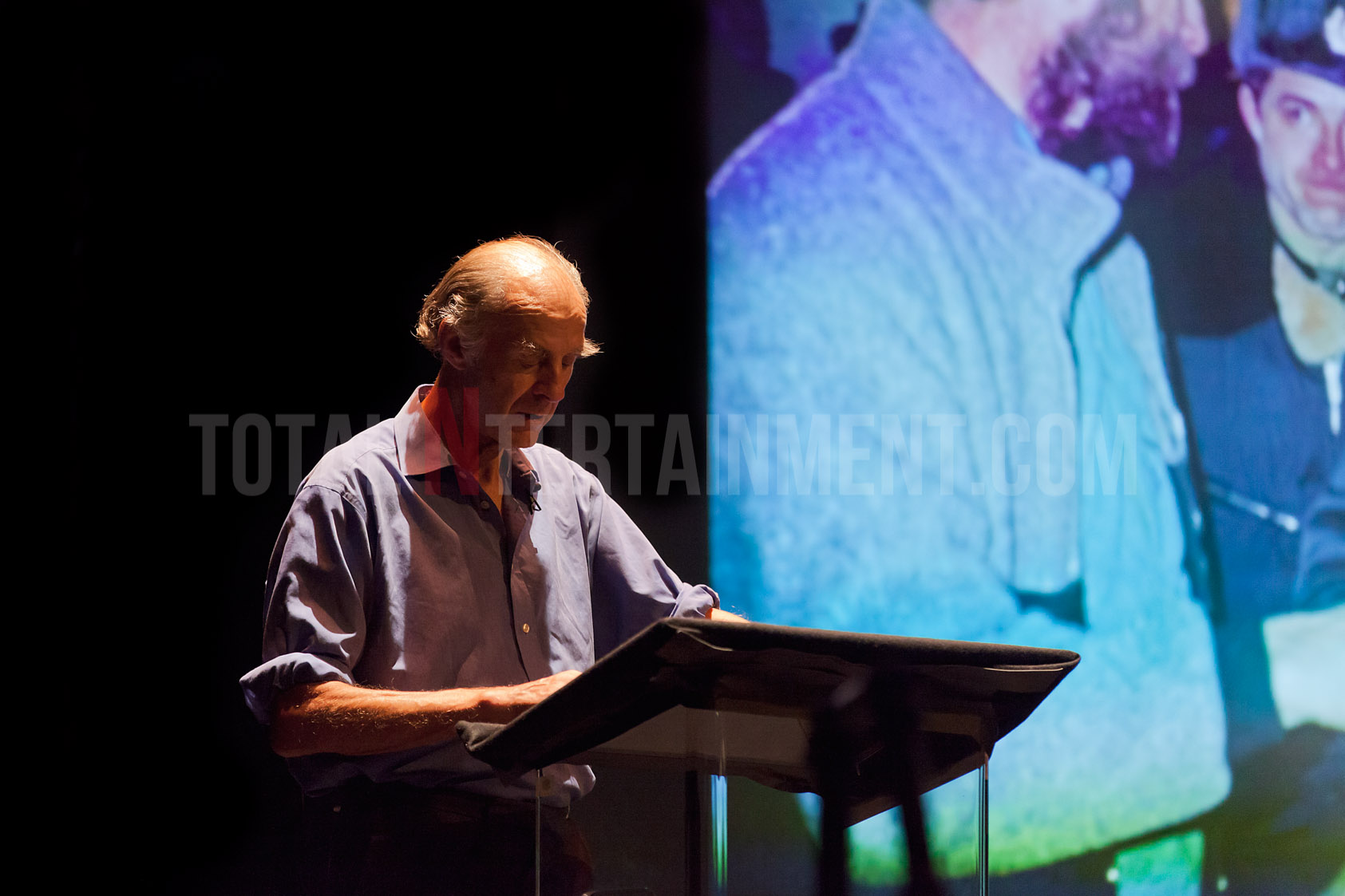