The regular compere at Liverpool’s Hot Water comedy club, Paul Smith has built up a grassroots support in the city, which meant in 2018 he was able to play the M&S Bank Arena.His quick wit and affable nature make him popular with any crowd. Paul Smith has been crowned Liverpool’s New Comedian of the Year and was a Finalist at The Leicester Comedian of the Year competition.

If you have been to Hot Water you will have undoubtedly witnessed his skill in interacting with the audience, drawing material from the smallest suggestion and turning into hilarious comedy. Here are just a few of the reasons you need to grab some tickets for one of the funniest comedians out there; 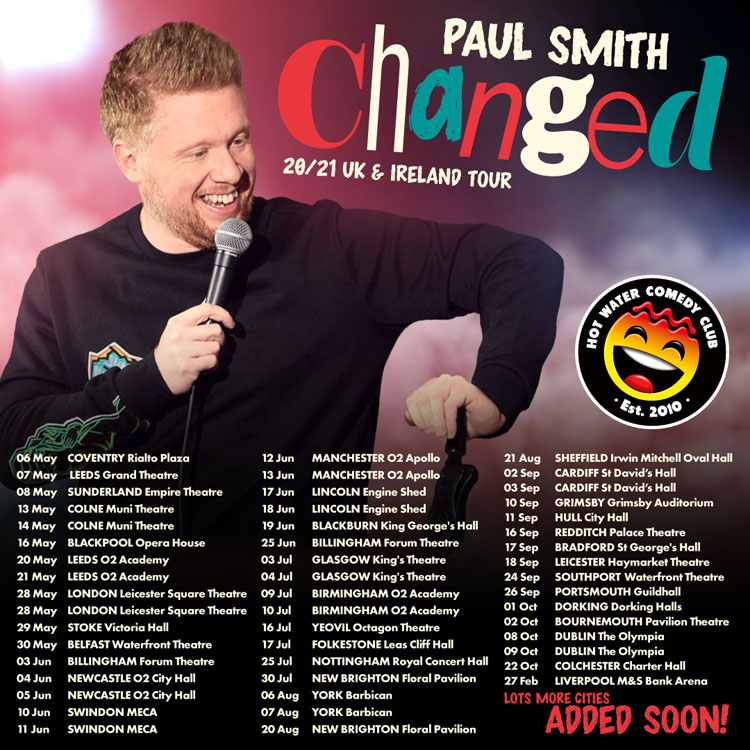 You can find a full list of dates and tickets here