World class Australian thrash metal musician and comedian Steve Hughes returns to the UK this month for his first stand up show in seven years, the full length Are You Serious? Tour.  Steve Hughes is known the globe over for his hard hitting, take no prisoners stand up.   Internationally renowned as a comedy powerhouse, Steve has spent the past 5 years confronting his demons, recovering from a crippling breakdown and severe depression.  He’s lucky to be alive, let alone funny.  But when your life turns to hell there has to be a few laughs in there somewhere…

Having been to the abyss, Steve now returns to the UK better – and more lucid than ever before.  He’s recently played to sell-out crowds and great critical acclaim around Australia, now catch his highly-anticipated return to the UK.  Join him as he offers a raucous ride through the dark night of the soul and presents his insightful interpretation of an insane world. Free-thinking, intelligent, opinionated; this is Steve doing what he’s always done best; making the uncomfortable acceptable and the horrifying hilarious.

Hughes originally established himself as one of the leading lights of Australia’s early thrash metal scene back in ’82, he created extreme metal contingent Slaughter Lord, & played drums for Mortal Sin & Nazxul before landing with indie rockers, Presto. It was ‘99, when Steve moved to Ireland to concentrate on his stand up career, when the opportunity to play with Ireland’s biggest metal export, Primordial, lit the creative fires in Steve and ultimately led to the creation of Eternum some 17 years later.

Anyone who is a fan of Hughes knows that his music and Comedy are inextricably linked.  He coined the phrase ‘Heavy Metal Comedy’ and his humour is deeply rooted in metal lyrics. Tyranny, globalism, oppression, the NOW and all the good conspiracy stuff. 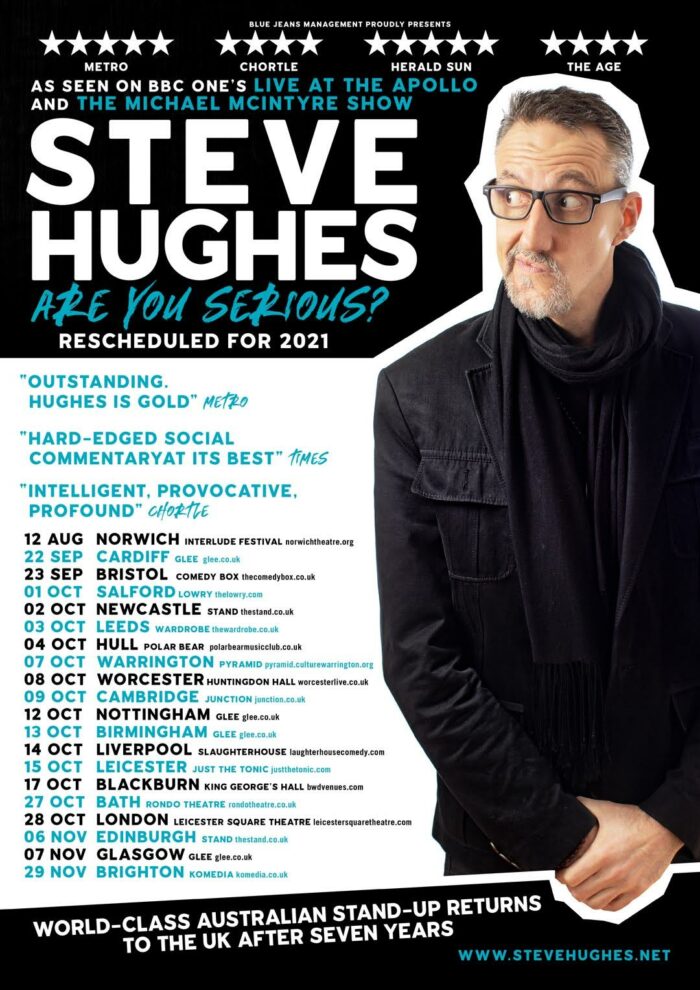