TotalNtertainment was able to grab Late Night Legacy for a quick chat ahead of their gig at #360RAW4 in Leeds on July 13th, tickets for this fantastic show are available from Skiddle, See Tickets and Crash Records.

1. Could you introduce your band to our readers? And where can people hear your music?

We formed in Leeds in 2015 [with some help from Gumtree] and our first single, ‘Of Our Times’, was branded “a proper feel-good bounding track” by Alan Raw from BBC Introducing. Since then, we’ve been working hard, releasing three more singles and completing three successful UK festival tours where we were playing alongside some really established bands like The Fratellis and Reef. We’ve also sold out hometown gigs and each of our singles has gained an increased amount of attention online; our most recent release, ‘Beat Up’, has reached half a million views on Facebook. You can download our music on the usual sites such as iTunes, Amazon Music etc or stream it on platforms such as Spotify. You can also see our last four music videos on our YouTube channel.

2. Can you describe how you sound in just one sentence?

We’ve played a number of sold out shows at the 360 club with promoter Richard Watson and have developed a good working partnership. Richard then put us in contact with Alan Raw who played our new single ‘Songbird’ live at #360RAW3 which went down a storm. Alan and Richard then asked us to play #360RAW4.

We are very good friends with girl fronted, grunge rockers Hands Off Gretel who are making moves on the music scene. Purple thread is another female fronted rock band who we’ve only heard good things about.

5. What can people expect from your set?

6. What do you think of the Yorkshire music scene for bands, venues and fans?

It’s definitely on the up in recent years even after iconic venues such as Cockpit and Carpe Diem were closed down. There is a resurgence of a crazily talented underground scene.

7. Are there any new bands in Yorkshire that you think we should be checking out?

8. Do you have any good / bad / messy local gig stories to tell?

Too many; each gig seems to bring its own insanity. The best thing is to come and experience it yourselves.

9.Curveball question – You’ve been given an elephant. You can’t give it away or sell it; what would you do with the elephant?

We’d probably stick a beard on it and incorporate it into our live act somehow. Maybe teach it to rap.

10. There are plenty of gigs going on this summer throughout Leeds and the north; why should someone come and see you at #360RAW4 on 13 July?

Recently, we were named as ‘the hottest rock band Yorkshire has produced in a long time’ by Tick X so come find out for yourselves. 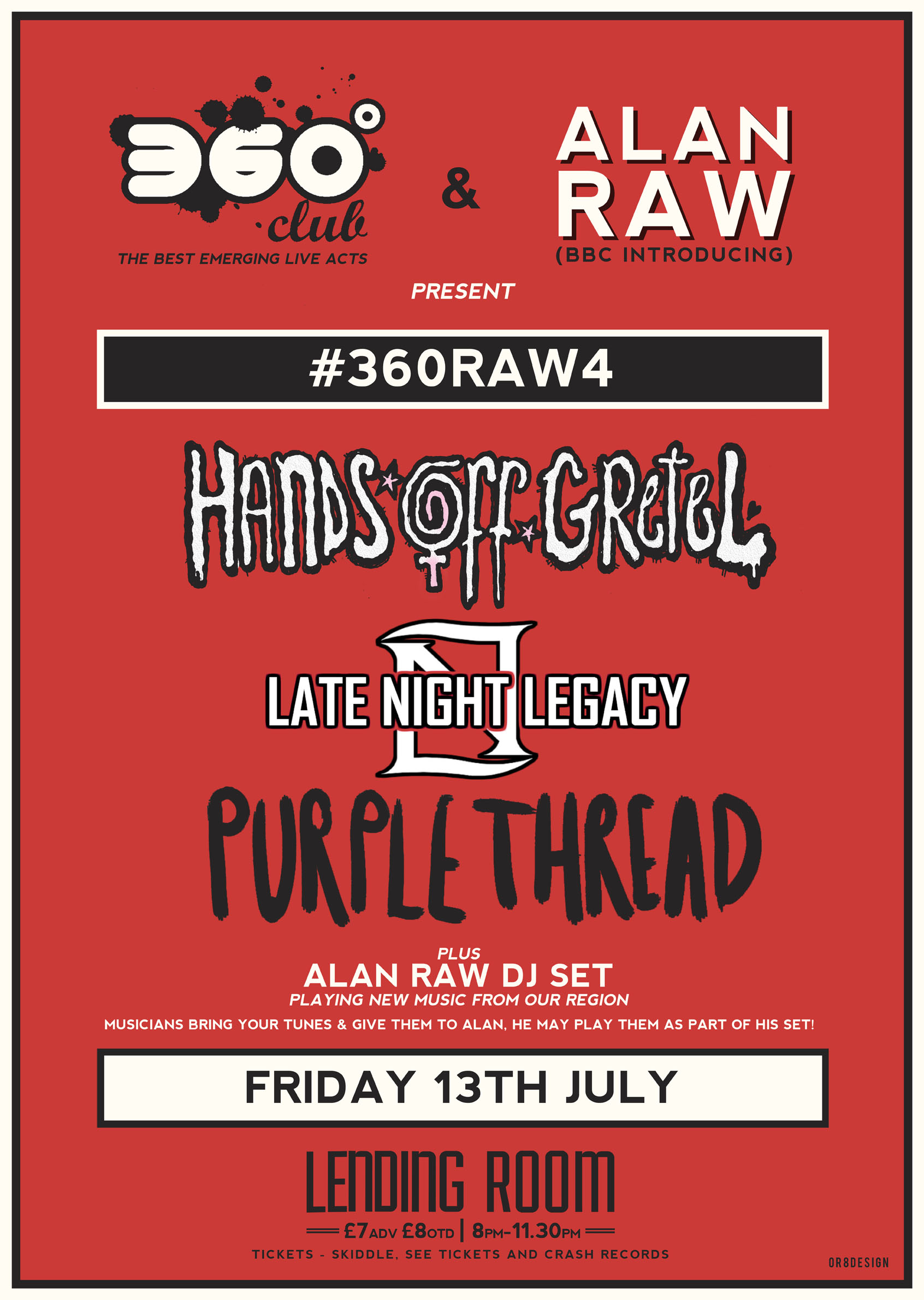