Adding to one of the biggest line ups to date for the beloved Lake District festival, a band that’s truly flying high off the back of their third Number 1 album, Bastille are announced today for Kendal Calling 2022!
Replacing the previously announced The Streets, the pop-rock superstars will return to the stunning main stage in Lowther Deer Park this July for a celebratory set packed with hits spanning four impressive albums over the past decade. Whilst their new record ‘Give Me The Future’ currently sits at the top of the Official Album Chart this week after a huge response from critics and fans alike, there’s no denying Bastille are one of the most loved bands in the UK right now. Promising a spectacle of dramatic pop and huge anthemic choruses with hits like ‘Pompeii’, ‘Flaws’ and ‘Happier’ to name a few, Bastille’s headline show at Kendal Calling is set to be a moment to remember this summer.

Bastille join an already impressive line up fit for the long-awaited 15th anniversary in the fields, and will be performing alongside Welsh rock titans Stereophonics, the ever entertaining Supergrass and a special opening night experience from Hacienda Classical – delivering all the iconic sounds and marking 40 years since the legendary Manchester club opened its doors.

Beyond the headliners, Kendal Calling always brings the most exciting names together with 2022 being no exception. Expect everything from the ultimate party starters Craig David Presents TS5, Joel Corry, Sophie Ellis Bextor and Faithless (DJs), to the best indie acts including The Wombats, The Kooks, Amy MacDonald, Pale Waves, Tom Grennan, The Vaccines and many more besides.

Fresh from winning the BBC’s Strictly Come Dancing, the legendary Bill Bailey tops an animated bill of the best in British Comedy, with the likes of Barrioke and Elvana dishing up a host of hilarious singalong moments too. Kendal Calling is the ultimate UK festival experience providing fun for all the family through the weekend, and 2022’s edition is certainly not one to be missed!

A very limited number of weekend tickets are now on sale, with fans encouraged to grab their place at the biggest festival party of the summer ASAP to avoid disappointment.
www.kendalcalling.co.uk 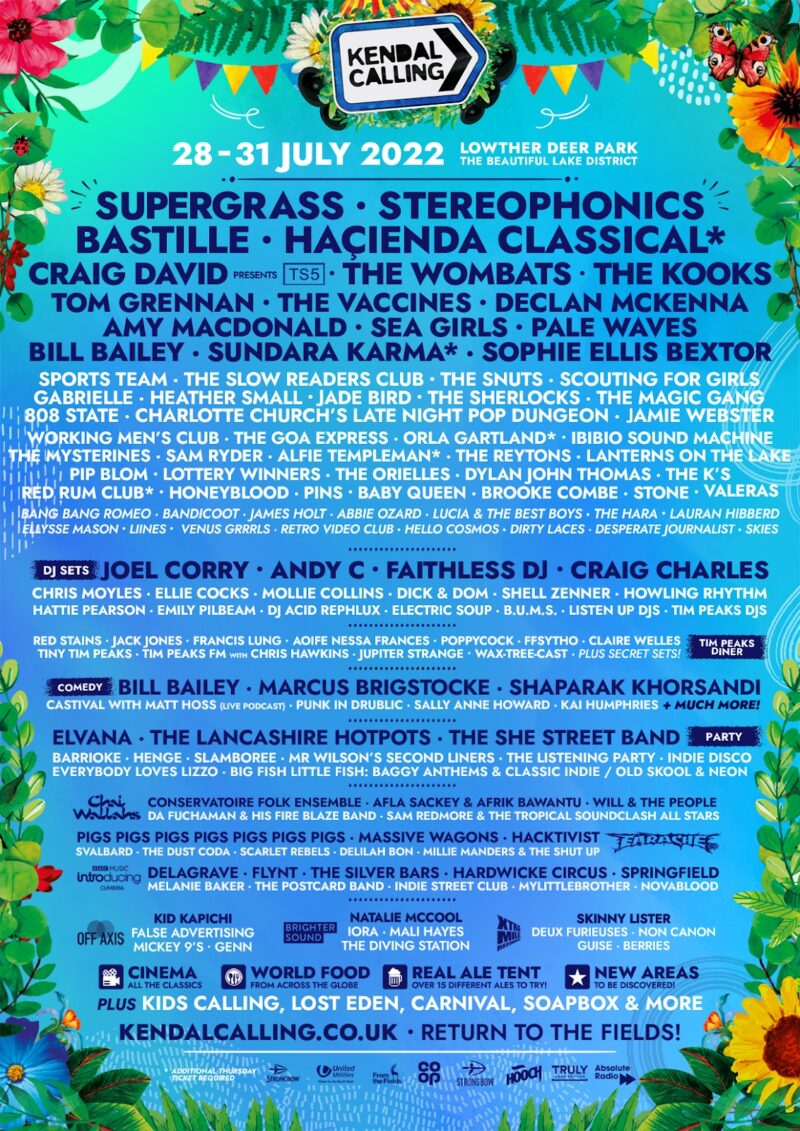