With just a week to go until the Isle of Wight Festival 2019, things are gearing towards a fantastic celebration, with music and entertainment across the festival site. Noel Gallagher’s High Flying Birds, George Ezra, Biffy Clyro, Fatboy Slim, Madness, Hacienda Classical, James, Rick Astley and more will ensure the good times roll from 13th – 16th June.  Tickets are available now from www.isleofwightfestival.com and don’t forget this year’s theme; “Summer of ‘69 – Peace and Love” will see fans in their ‘60s best in celebration of the 1969 festival.

The Festival today reveals the exciting news that it has teamed up with The Beatles Story, Liverpool to premiere their immersive virtual reality experience dedicated to The Beatles. “Become The Beatles” will allow fans the opportunity to learn more about the Fab Four and witness Beatlemania through the eyes of John, Paul, George and Ringo. Check it out here.

Available across the Festival weekend (13th – 16th June) for everyone to enjoy, the unique experience will be located in Strawberry Fields and will give music fans the chance to be immersed in the heady days of the world’s greatest band, virtually performing ‘Twist and Shout’ live in front of screaming fans on stage, in The Beatles Story’s own recreation of the world-famous Cavern Club. 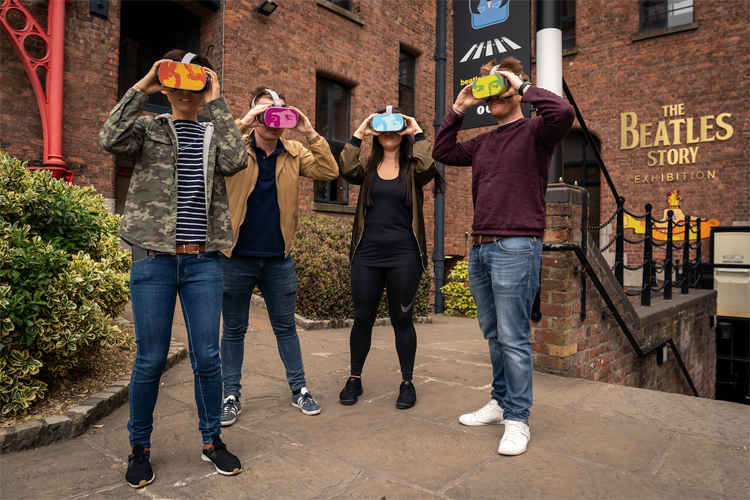 Diane Glover, Marketing Manager at The Beatles Story, said: “We are very excited to be launching our new virtual reality experience at this year’s Isle of Wight Festival on the anniversary of The Beatles’ visit there in the summer of ’69. What better way to celebrate this occasion by giving festival-goers the chance to virtually become one of The Beatles, playing to an audience of adoring fans on our award-winning attraction’s replica Cavern Stage.”

Fans can download the official Isle of Wight Festival 2019 app to be the first to find out stage times and plan which acts they want to see – the app creates a personalised list and offers handy reminders, ensuring fans don’t miss a thing. The free app is available to download now on Apple or Android.

The Isle of Wight Festival takes place 13th – 16th June at Seaclose Park, Newport. Last year fans celebrated the 50th Anniversary of the Isle of Wight Festival. The first festivals in 1968, 1969 and 1970 put the event on the map for its world renowned, iconic performances from artists such as The Doors, The Who and Jimi Hendrix. The event was successfully relaunched in 2002 to become the first major festival in the UK calendar, and one of the most exciting weekends of the summer. It continues to build on its proud heritage and has featured show-stopping headliners such as David Bowie, Foo Fighters, The Rolling Stones, Paul McCartney, Jay-Z, Coldplay and Fleetwood Mac since its reincarnation in 2002.

Tickets for the Isle of Wight Festival 2019 are on sale now from www.isleofwightfestival.com