Following record breaking sales last year, Dot To Dot Festival is pleased to announce its return to Manchester, Bristol & Nottingham from 25 – 27 May for its 13th year. Expect a massive lineup of established performers and the best emerging artists from the UK and around the world.

The 2018 event will be headlined by the inimitable THE HORRORS. Prolific songwriters with 5 (UK top 40) albums under their belt, Faris Badwan, Joshua Third, Tom Furse, Rhys Webb and Joseph Spurgeon swaggered into the public consciousness as The Horrors in early 2006. They sported electrocuted-raven hairstyles, heavy eyeliner, pointy boots and Dickensian dandy threads, looking like the disreputable black sheep, which several eminent Victorian families had given up on. The band has progressed immeasurably since those early steps, from their 2009 Mercury prize nominated album “Primary Colours” through to 2015’s “V”, their Dot to Dot headline set is sure to be full of highlights.

Always a supporter of emerging talent, Dot To Dot is pleased to welcome both DERMOT KENNEDY and PALE WAVES to this year’s event. 25 year old Irish newcomer Dermot Kennedy can count James Blake and Taylor Swift among his fans, with his debut EP clocking over 80m streams. Regularly compared to Bon Iver, his debut performance at Dot To Dot 2018 is not to be missed.

The Manchester incubated band Pale Waves have had a meteoric rise to date; alongside their BBC Sound of 2018 nomination the band have received praise from a host of tastemakers including The Guardian and NME. Part of the Dirty Hit label (The 1975, Wolf Alice), the band have released one EP to date, and with their debut album planned for later this year, a promising future lies ahead.

Having recently completed a European tour in support of alt-J, MARIKA HACKMAN is a welcome addition to Dot To Dot 2018. She is an artist who is more likely to quote protofeminist ghost stories such as the Yellow Wallpaper than align with audience expectations of a woman prepared to “sing a few nice songs with a pretty voice and then forget about it”.

Leicester’s soul/R&B prodigy MAHALIA will also appear at Dot to Dot 2018. Having signed to powerhouse label Atlantic Records, her session for Berlin tastemaker blog COLORS has already had over 5 million views. At only 19 years of age & with a support tour for Brits Critics Choice winner Jorja Smith planned, Mahalia is another exciting artist not to miss at this year’s event.

American indie rockers TURNOVER are sure to have singalongs aplenty with three fantastic albums to their name. Stalwarts of the Bristol scene, BAD SOUNDS will definitely get the crowd moving this year, whilst internet sensation GUS DAPPERTON will turn the heads of both fashionistas and music fans alike.

Dot to Dot 2018 will also feature performances from LA punk rockers THE REGRETTES, as well as tropical Manchester three-piece CASSIA, who’s refreshing and upbeat sounds are sure to go down a treat.

Dot To Dot Organiser Anton Lockwood, of DHP Family, said: “We’re delighted to welcome The Horrors to headline 2018’s Dot To Dot Festival. Over the course of 5 albums their relentless creativity has produced some of the best music the UK has to offer, and it’s great to have them at the UK’s most forward-thinking city festival. Beyond The Horrors, really the festival is about new music, and our other two main headliners are new artists destined for huge things. Pale Waves and Dermot Kennedy are both rising fast and we’re very excited to bring them to you just as they reach a wider audience.

Of course, as befits an event that last year was recognised as the Best Festival for Emerging Talent, we also have an array of the finest brand new artists which will be announced very soon. We’ve seen many artists go on to huge success after playing at D2D and we can’t wait to see what this year’s bunch will go on to achieve!”

Tickets for Dot To Dot are priced from £13 and available now through alt.tickets

Subscribe to Dot To Dot’s social media pages on Facebook, Twitter and Instagram, as well as online at www.dottodotfestival.co.uk to stay up to date on the latest line up announcements and to keep yourself in the loop for all things Dot To Dot. 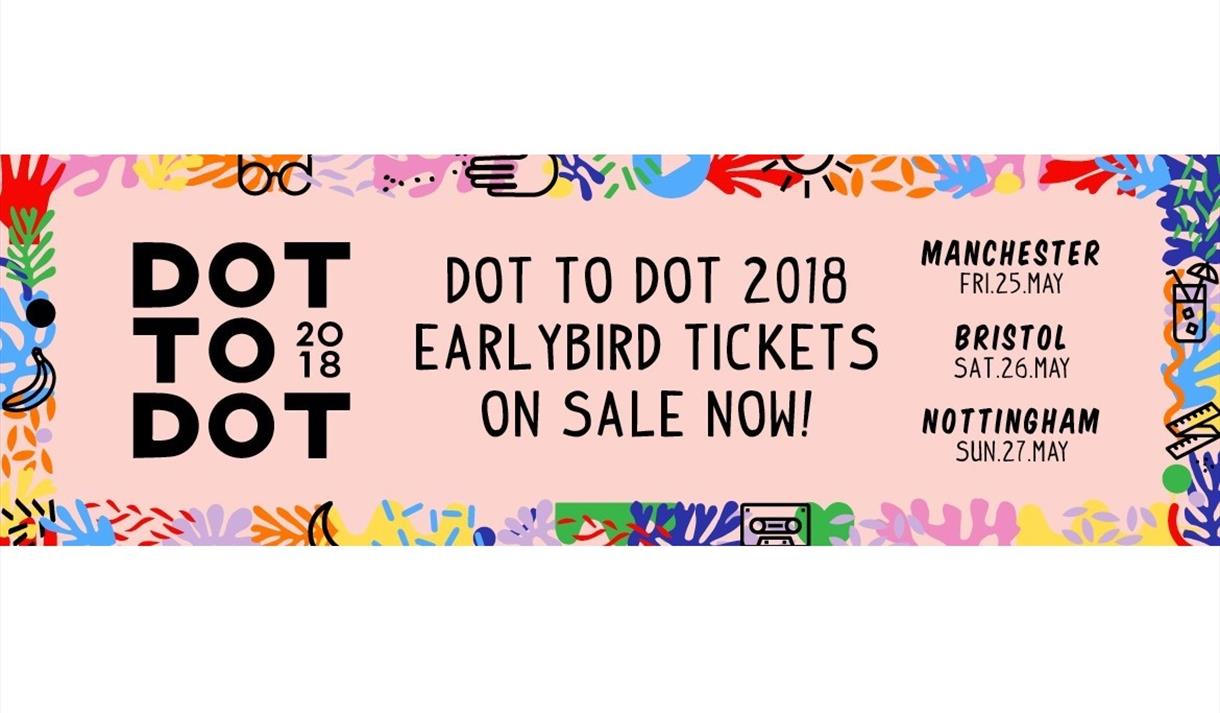