With the sun shining and summer already beaming over the horizon, the anticipated return of Kendal Calling draws ever closer – with the beloved festival returning to the stunning Lake District this July after three years away with an incredible lineup spanning huge headliners, unmissable new talent and something for everyone as a true festival institution returns in style!

Adding to a jaw-dropping weekend impossible to resist are even more names, all coming together to celebrate its 15th Birthday in style – from incredible party-starters to some of the most exciting new artists going right now! True festival favourites, Hot Chip will be bringing their special Hot Chip Megamix show to Kendal Calling this year, for a set that sees the group diving into their record collection for a party celebration perfect for such an occasion. Likewise, expect giant festival singalongs and a show-stealing performance from Wakefield’s own The Cribs. The Jarman brothers have become part of the very DNA of British indie music over the past 15 years or so, and with a rapturously received headline tour earlier this year proving they’re as unstoppable as ever – you won’t want to miss their Kendal Calling return this summer.

Blazing a trail over the past few years, and absolute Kendal Calling favourites, The Big Moon return to the fields this summer with cuts from their two studio albums to date bound to sound extra sweet in Lowther Deer Park after so long away, while The Academic continue their ascent to the top with the blistering indie hooks destined to cause scenes from the very first note this summer. Across the weekend, Kendal Calling is a melting pot of the brightest and best names all adding to a festival experience that stands apart from any other – as a festival you simply need to visit at least once in your life. Once you’re in, you’re a Kendaler for life. 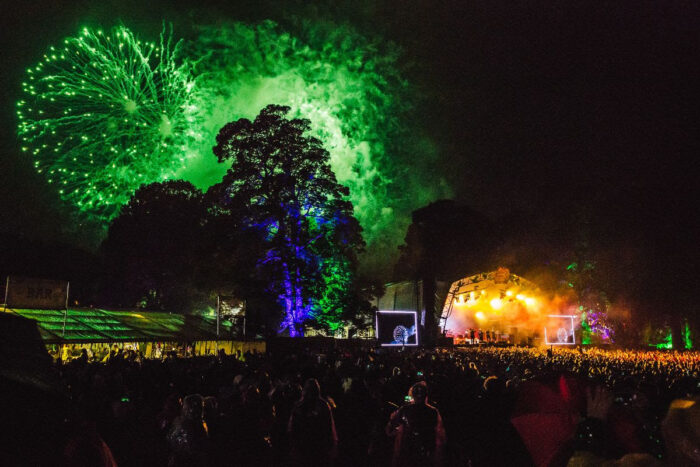 From Noisy, Zuzu, Deco, SPINN and Porij, to Andrew Cushin, Stanleys, Opus Kink and Apollo Junction all the way through to Low Steppa, Abbie McCarthy and more –  these raft of new names add to a memorable festival return from a true leader in its field. They join a bill already featuring headliners Bastille, Stereophonics, Supergrass and Hacienda Classical, alongside a who’s who of the perfect festival roster that’ll have you diving into memorable moments at every turn. Whether it’s Craig David Presents TS5, The Wombats, The Kooks, Tom Grennan, The Vaccines, Amy Macdonald, Declan McKenna, Pale Waves, Sea Girls, Bill Bailey, The Snuts, Joel Corry, Sophie Ellis Bextor, Gabrielle, Sports Team, Jade Bird, Scouting For Girls, Jamie Webster, Chris Moyles, Working Men’s Club, Heather Small, Faithless (DJ) or the many many more already announced – Kendal Calling is the proper festival experience we’ve been waiting so long for.

Tickets for Kendal Calling 2022 are very nearly sold out, with only a limited batch of tickets still available. These are expected to sell out quickly, so fans are encouraged to snap up tickets as soon as possible to avoid disappointment – with tickets available at:https://www.kendalcalling.co.uk/ 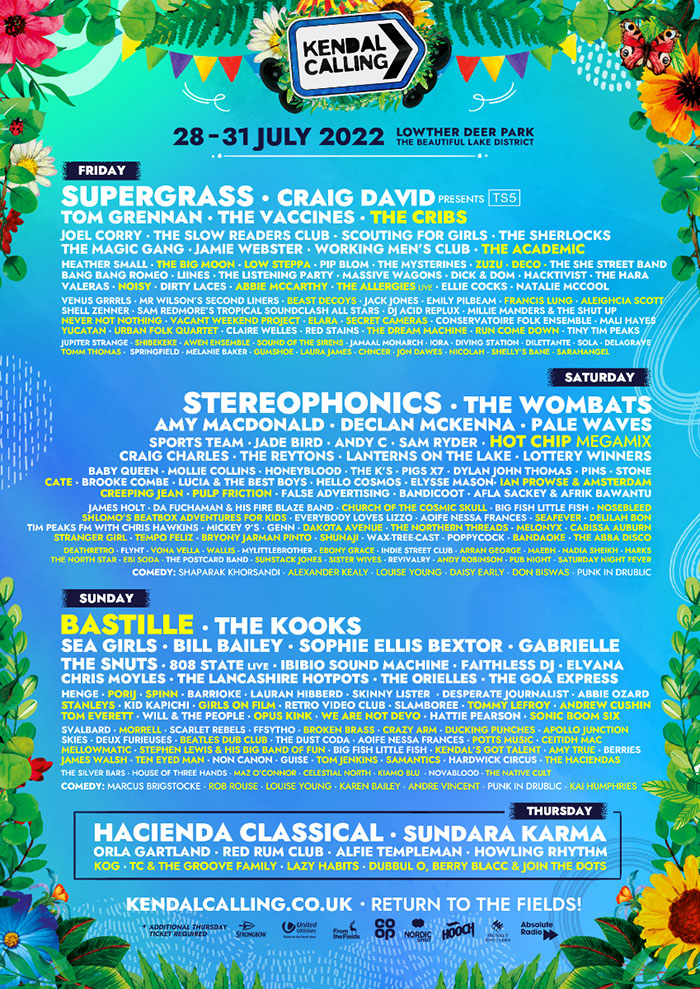