The festival also announced the eagerly anticipated music day splits which include:

In a festival first, acclaimed Saxophonist and BBC broadcaster Jess Gillam MBE will play a stunning set on cinch presents Latitude’s majestic Waterfront Stage on Sunday with a wide-ranging performance from Bowie to Baroque. A musical force of nature, Jess Gillam has been forging her own adventurous path since she shot to fame, becoming the first saxophonist to reach the finals of BBC Young Musician and the youngest ever soloist to perform at the Last Night of the Proms. Passionate about inspiring and bringing joy to people through music, Jess invites audiences on journeys of musical discovery through her electrifying performances and eclectic programming. This performance will be one to watch.

Whether you’re coming for the weekend or just a day, you’re guaranteed to have an unforgettable weekend of music, arts, food and fun in Henham Park. 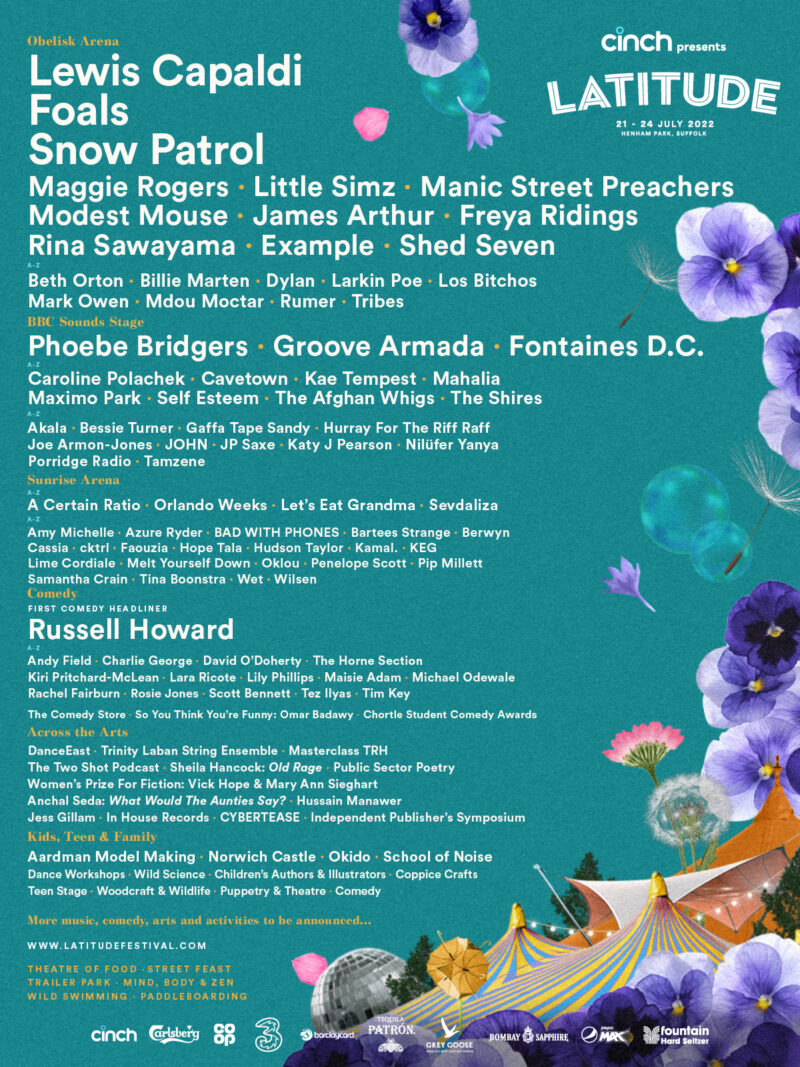