Hitting arenas on her last jaunt around the UK, this time Ellie Goulding’s “Brightest Blue” tour, in support of the album of the same name, sees the pop favourite playing slightly smaller theatres. That being said, by the time she takes to the stage at just after 9 o’clock, the venue is packed out upstairs and down.

Support act for the tour is L Devine who bounces onto the stage with a massive smile on her stage and straight into her own brand of edgy alt-pop. “I hope you’re not all boring people”, she asks the filling venue after kickstarting the night with the racy “Girls Like Sex”. Having recently released the second of her “Near Life Experience” EP’s, Devine is clearly relishing being back on stage again and, having followed up her earlier question with “Boring People”, it’s fair to say that boring is something you could never accuse Devine of being.

The setting is somewhat moody as the headliner takes to the stage for the dramatic “Start”. Bathed in blue lights with a simple stage set-up and dressed all in black, Goulding puts on a five star show for fans who’ve waited a long time for her to return to Manchester. Grabbing a guitar for “Powerful”, this shows another side to her personality and certainly takes her into darker, edgier electro-pop areas and away from the glitz of the celebrity pop world.

It’s a powerful, dramatic performance from the singer as she strides confidently around the stage putting on an almost theatrical performance. Tracks like “New Love”, “I Need Your Love”, despite the sparse settings on stage, sound big enough to fill the room and, wherever you look, fans are soaking up every moment of the twenty-two song set.

Even though Goulding has stripped everything back for this show, her band and the atmosphere created perfectly match the dramatic feel of the songs. The star of the show though is the singer who powers her way through a performance that, both vocally and visually, is superb none more so than on a roof-raising rendition of her recent single “Burn” which brings the night to an end. Over the last twelve months there has been plenty of time for her fans to digest every note on “Brightest Blue”, this tour was an opportunity for the pop favourite to shine bright again and she did not disappoint. 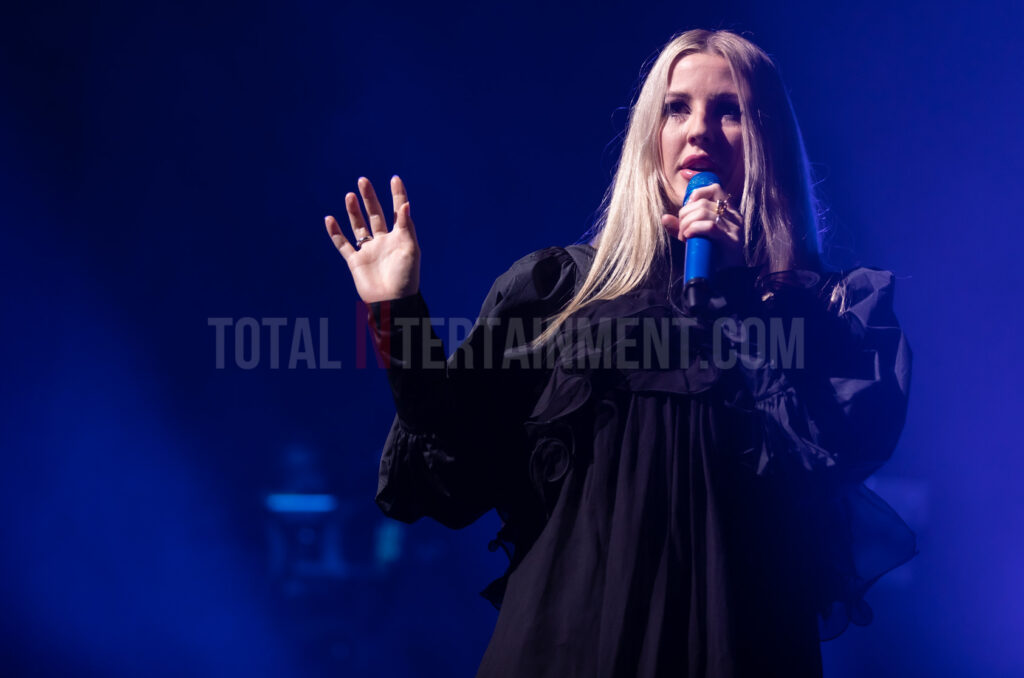 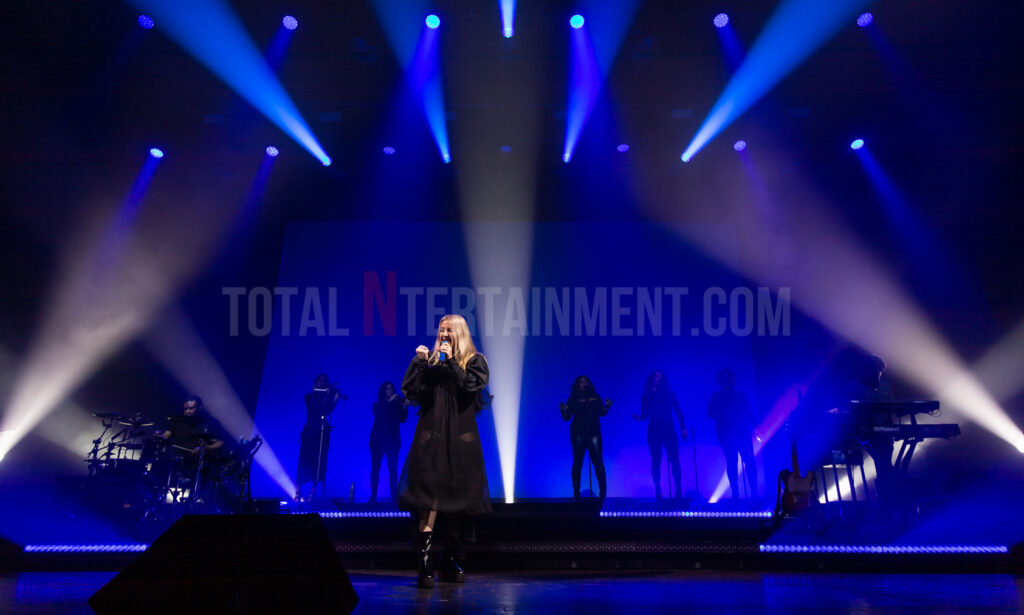 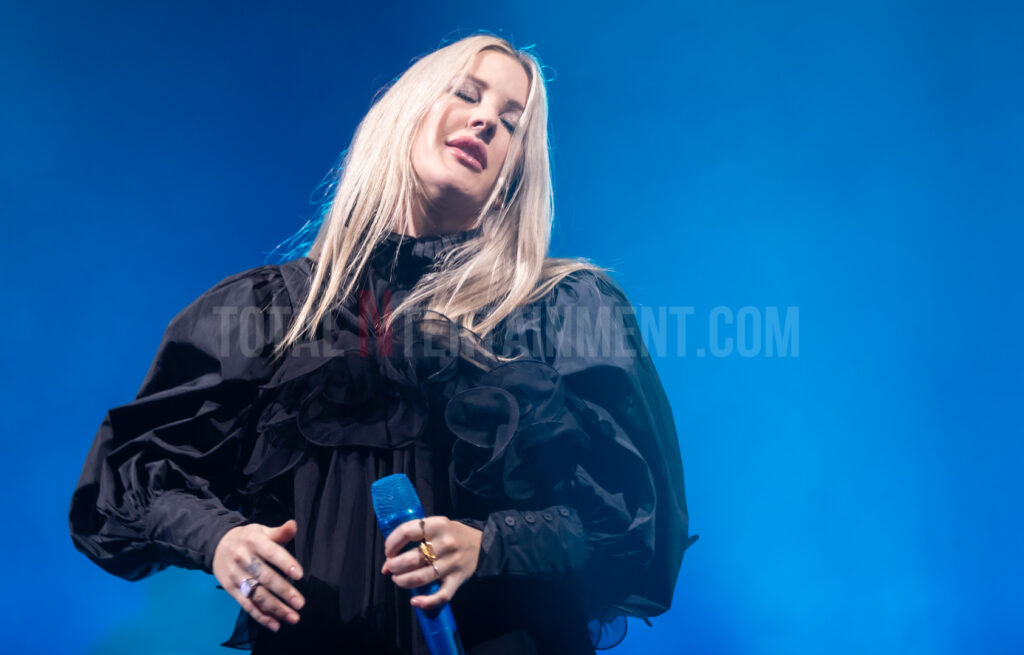 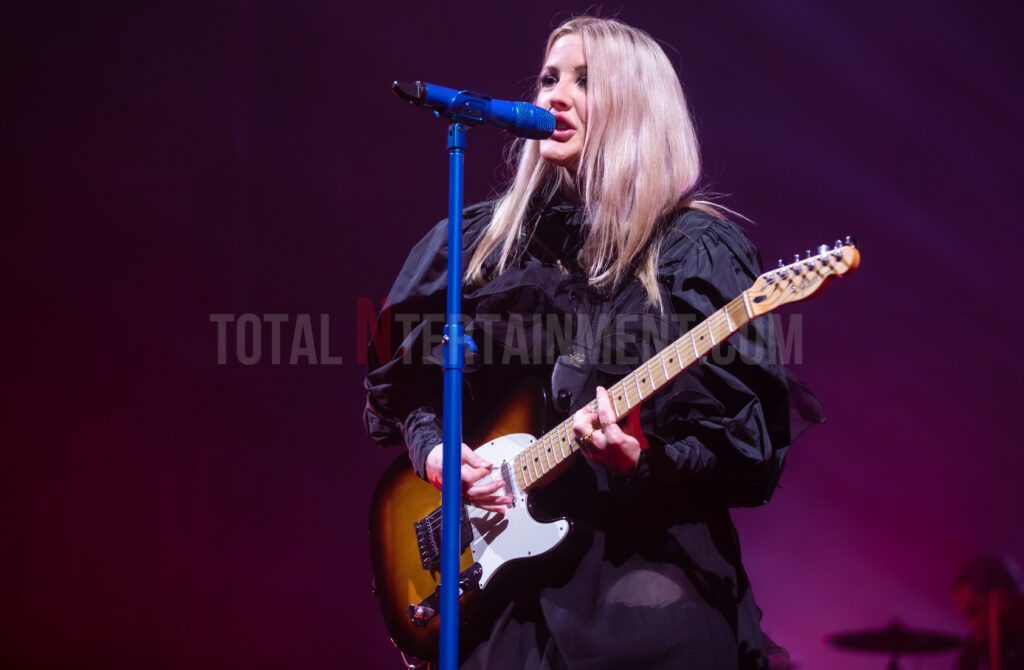 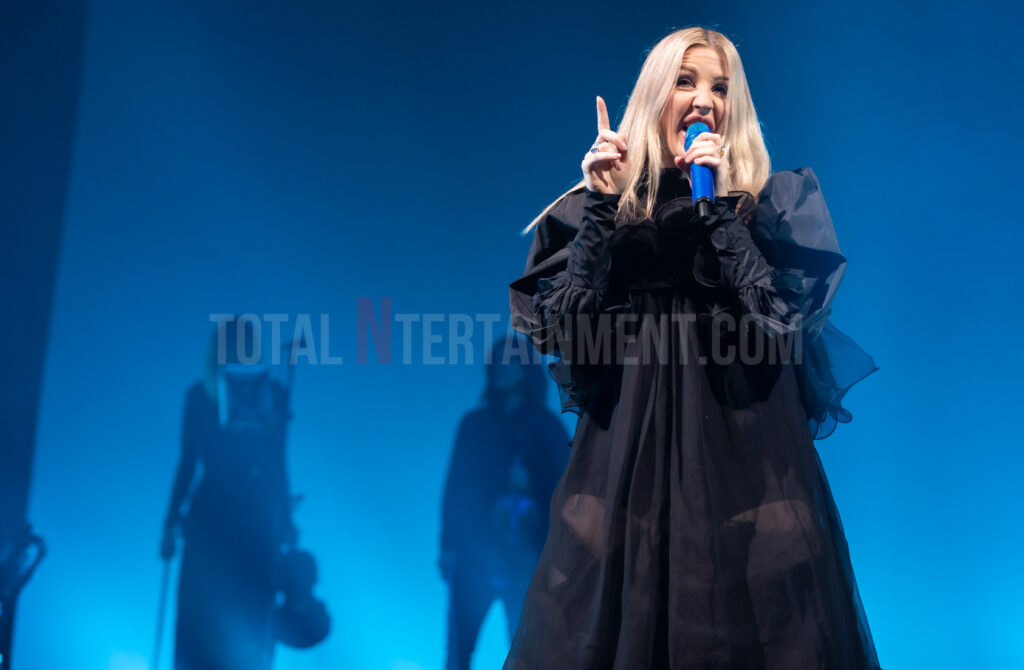 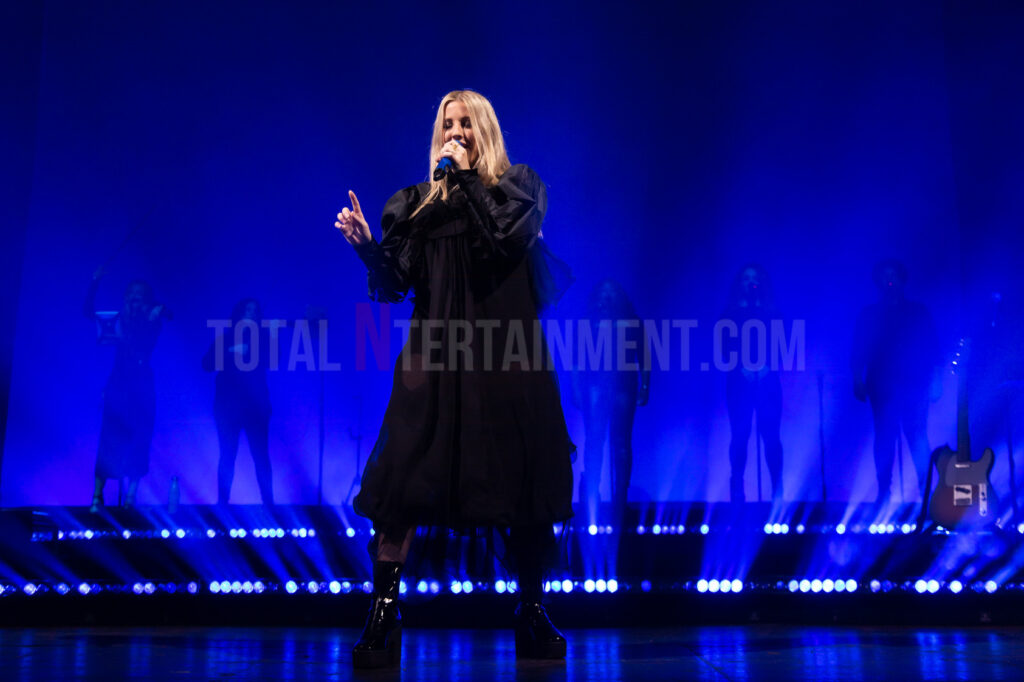 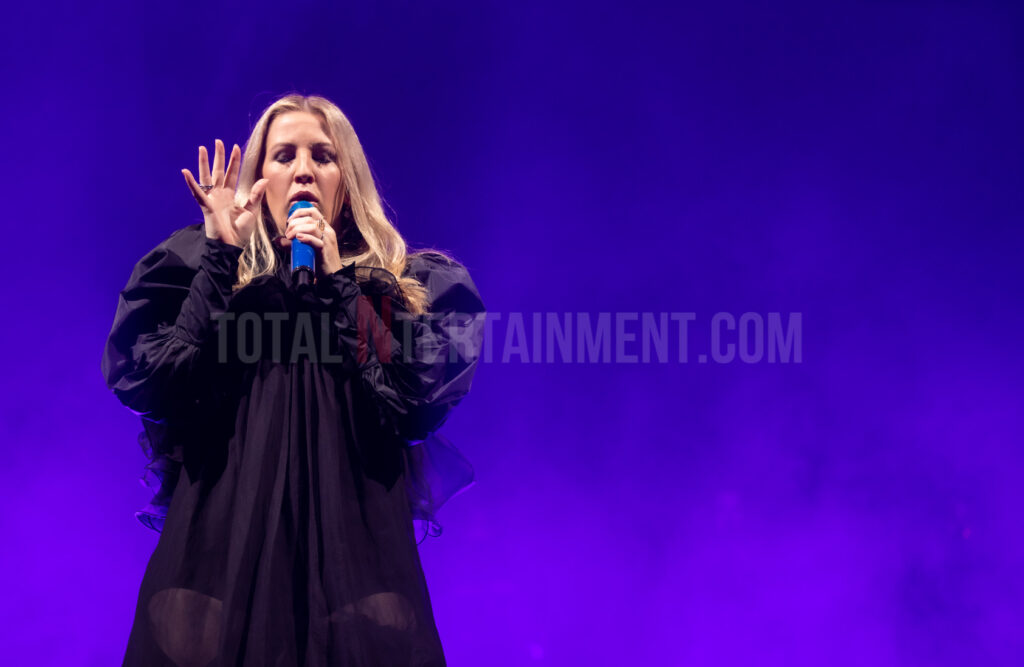 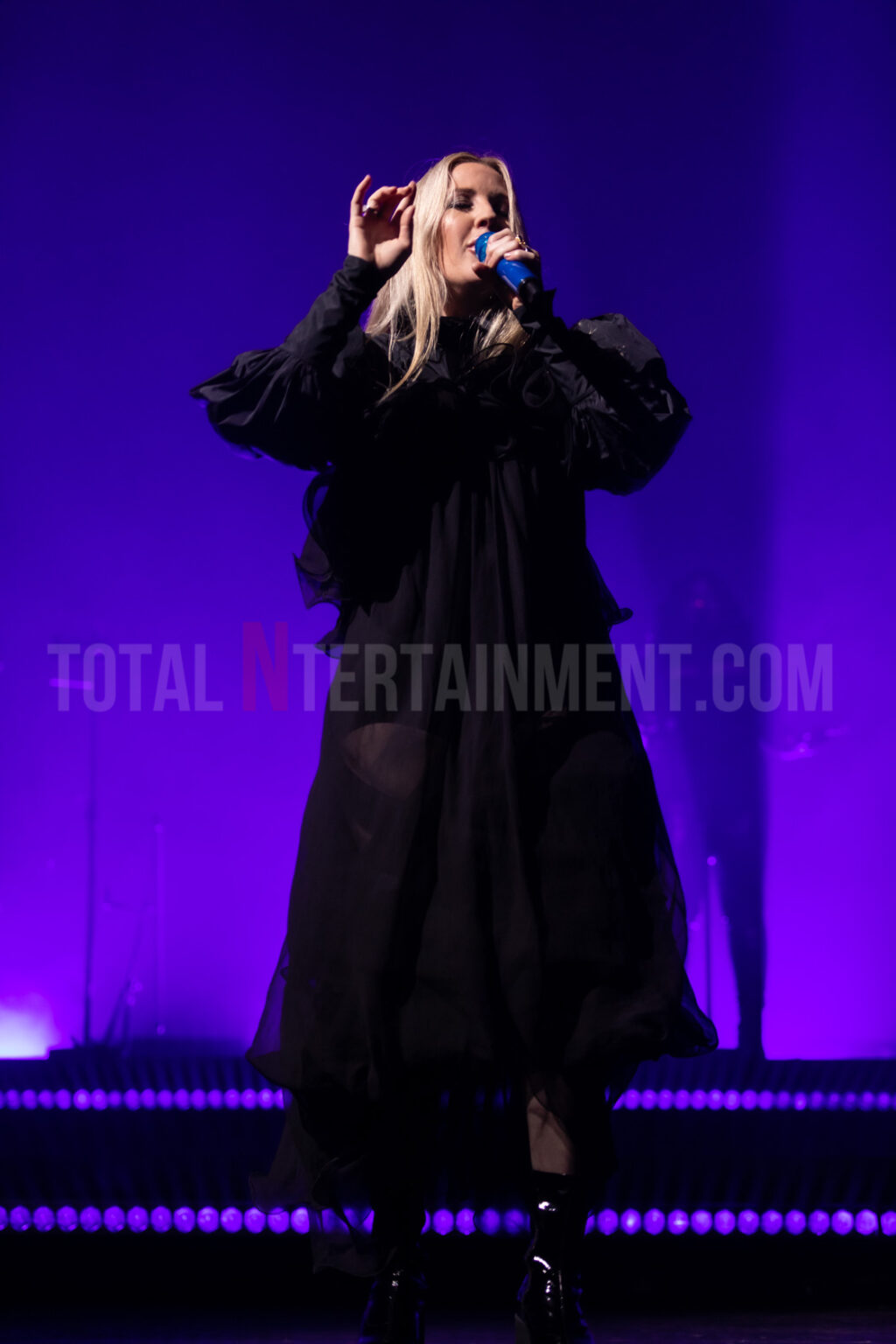 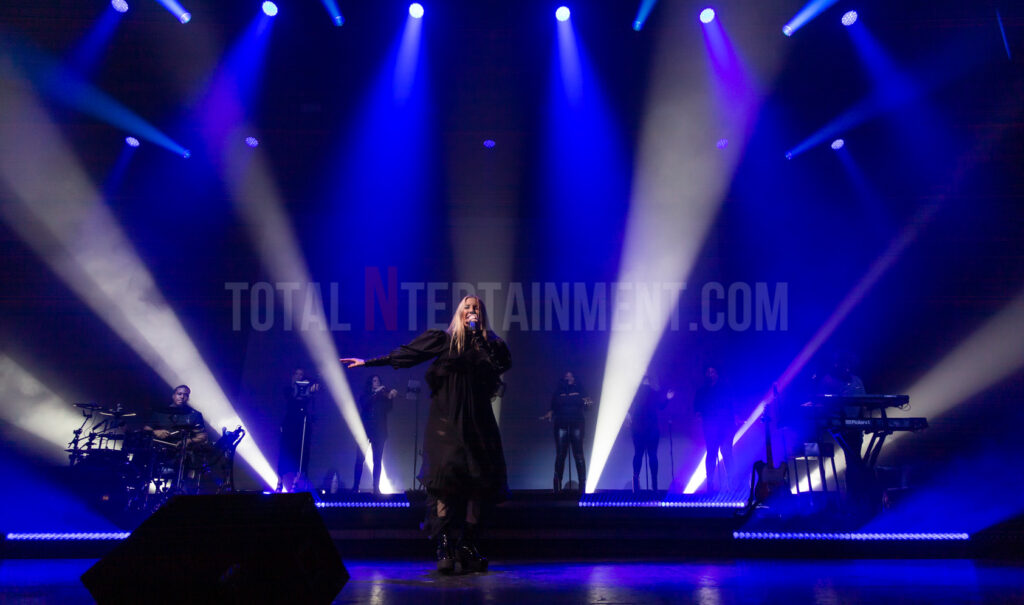 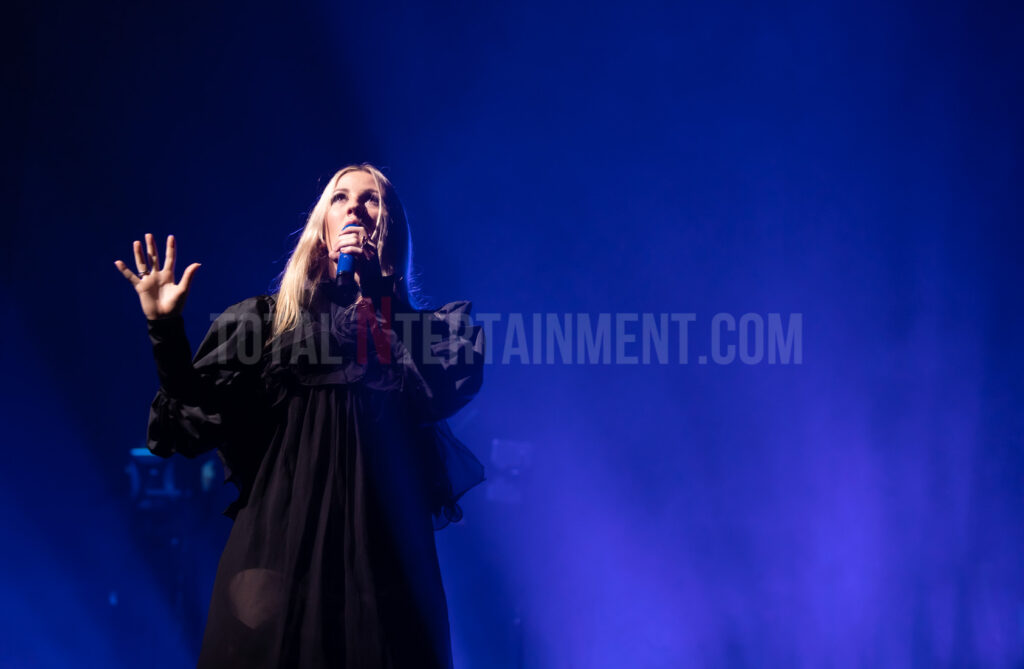 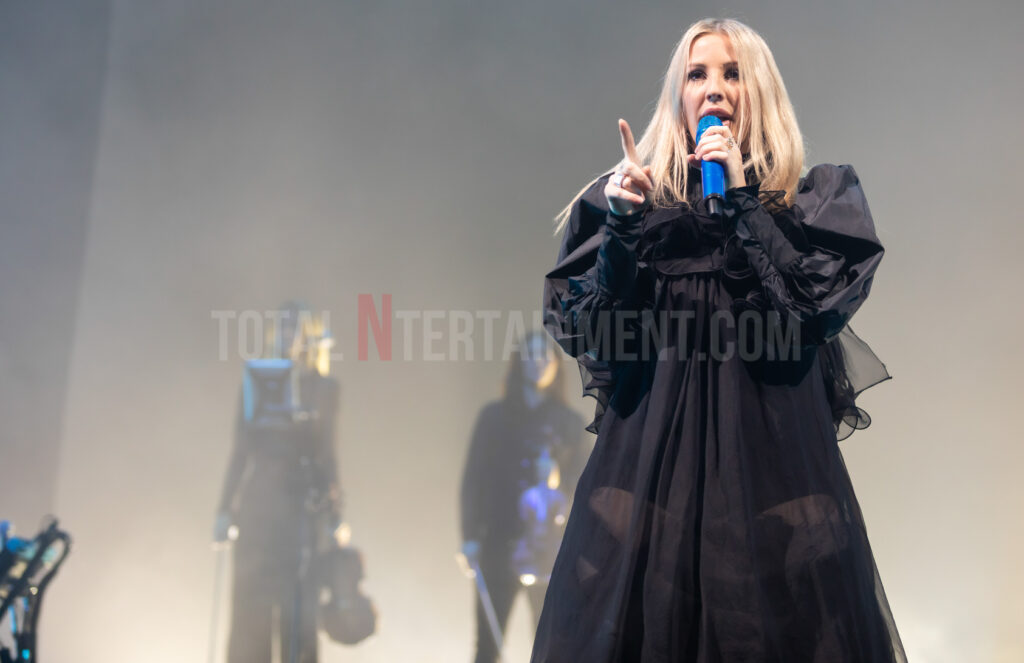 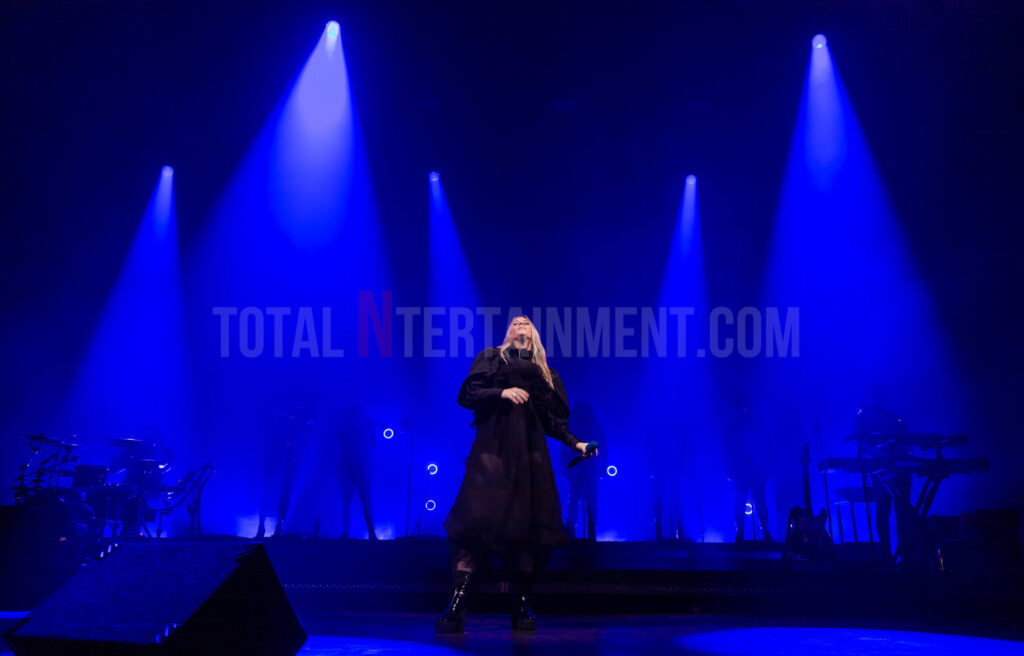 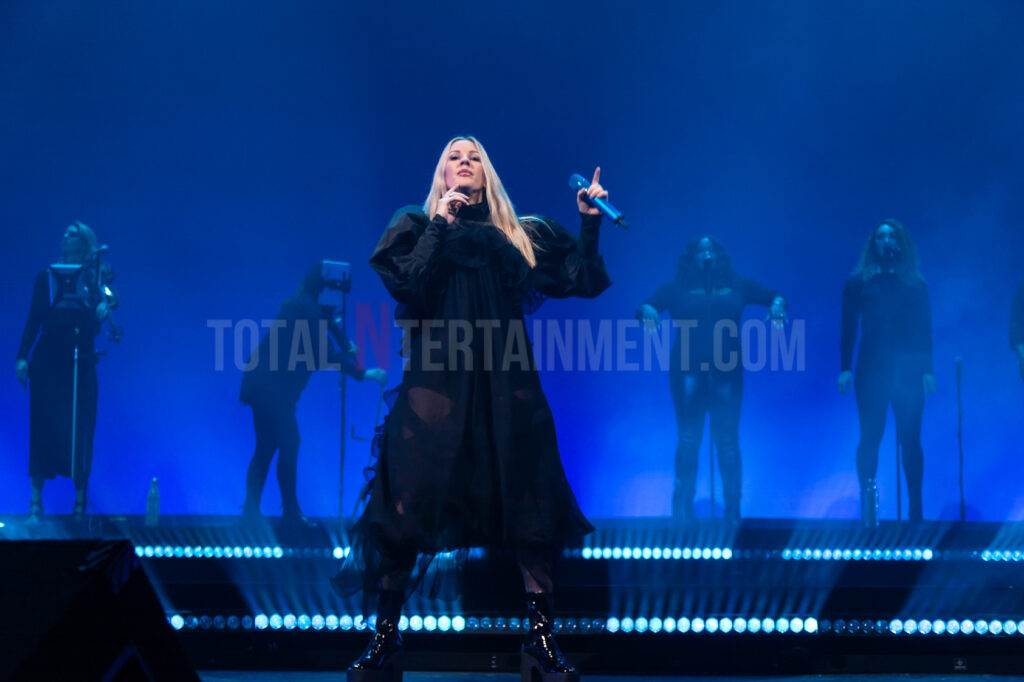 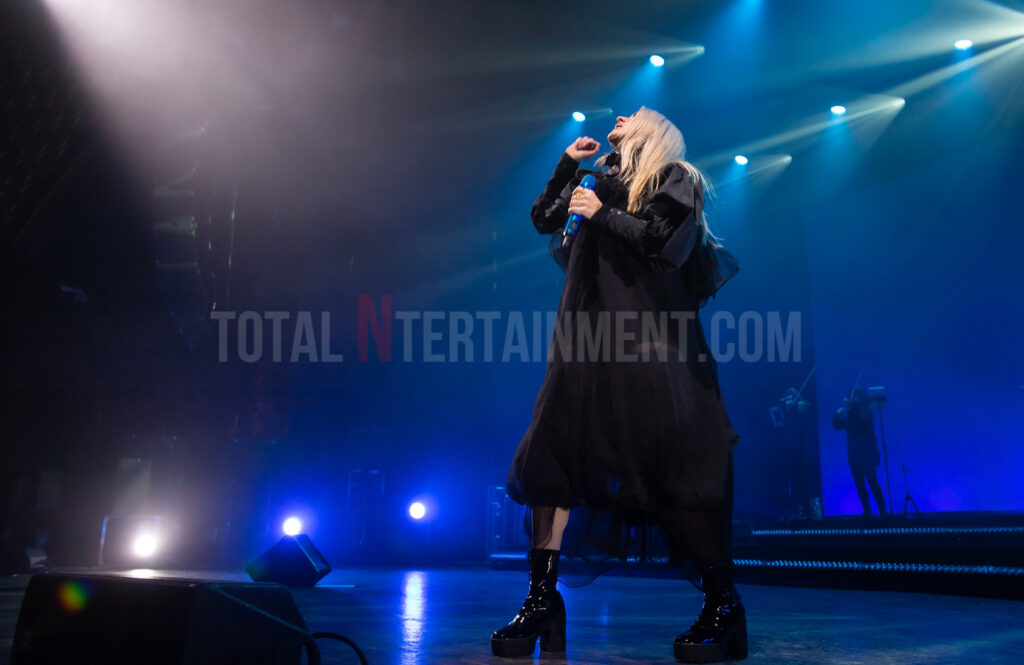 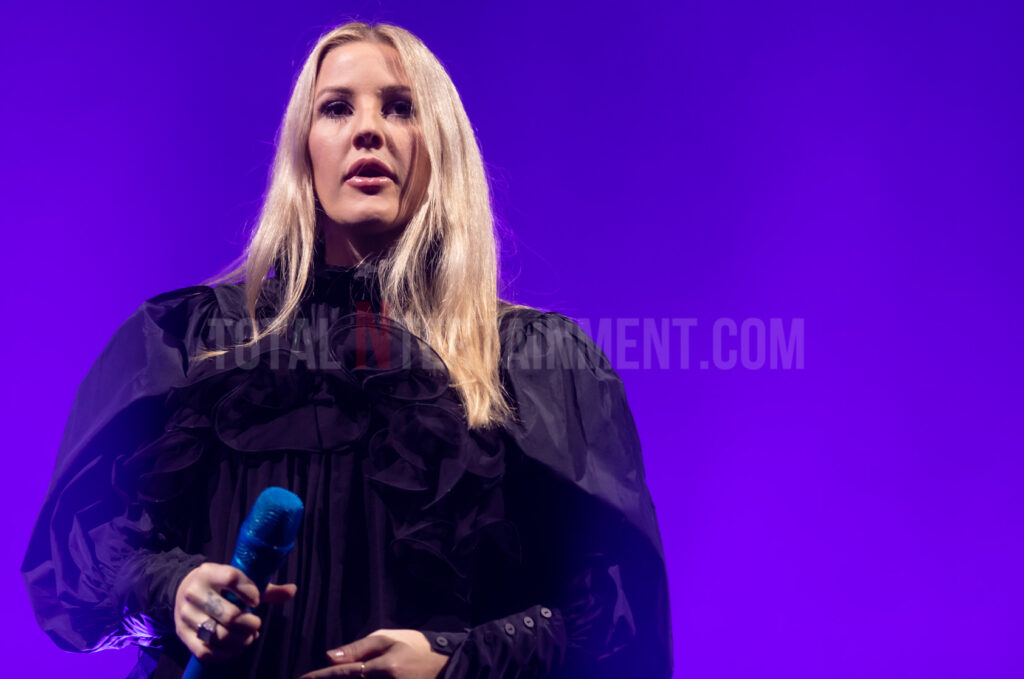 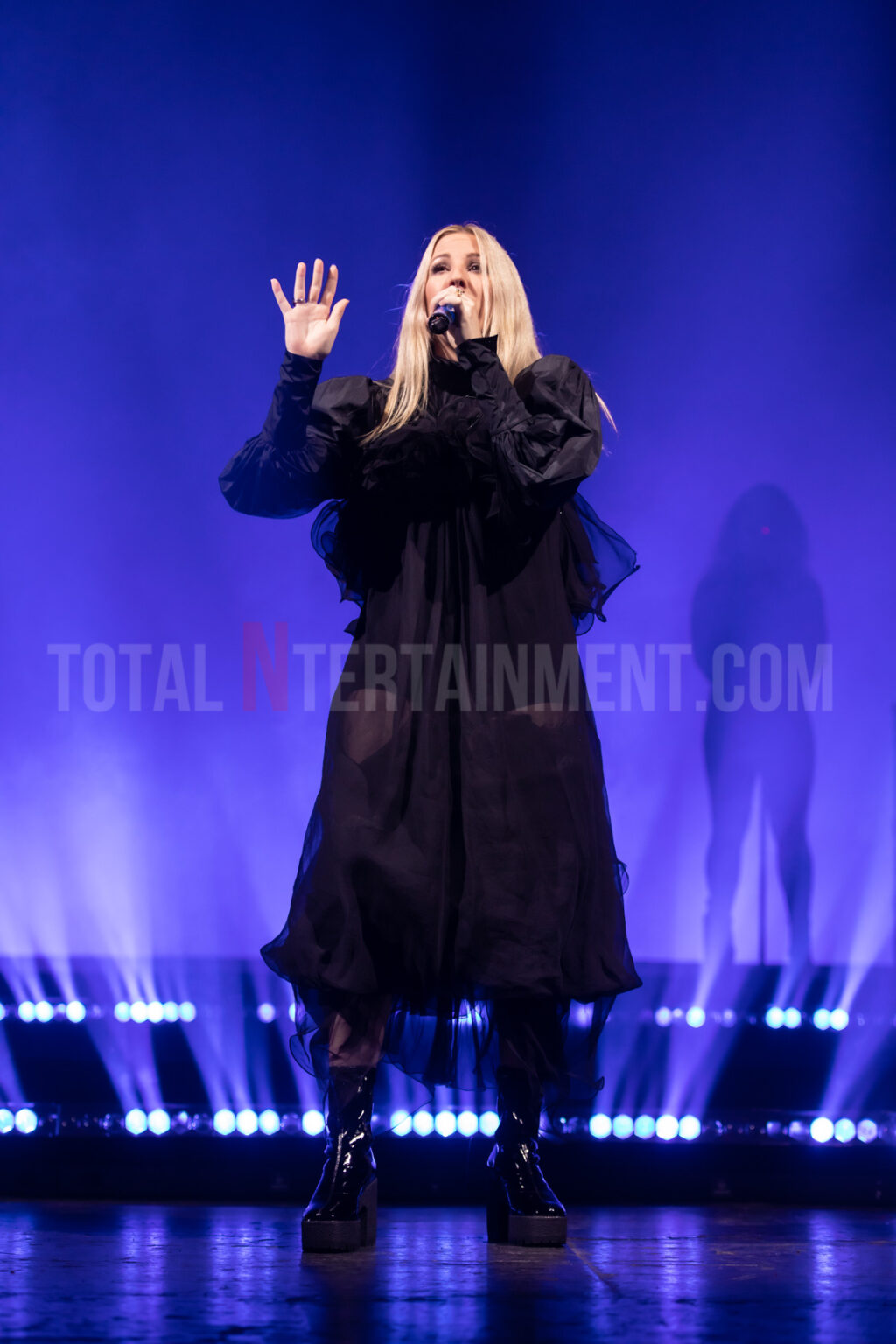 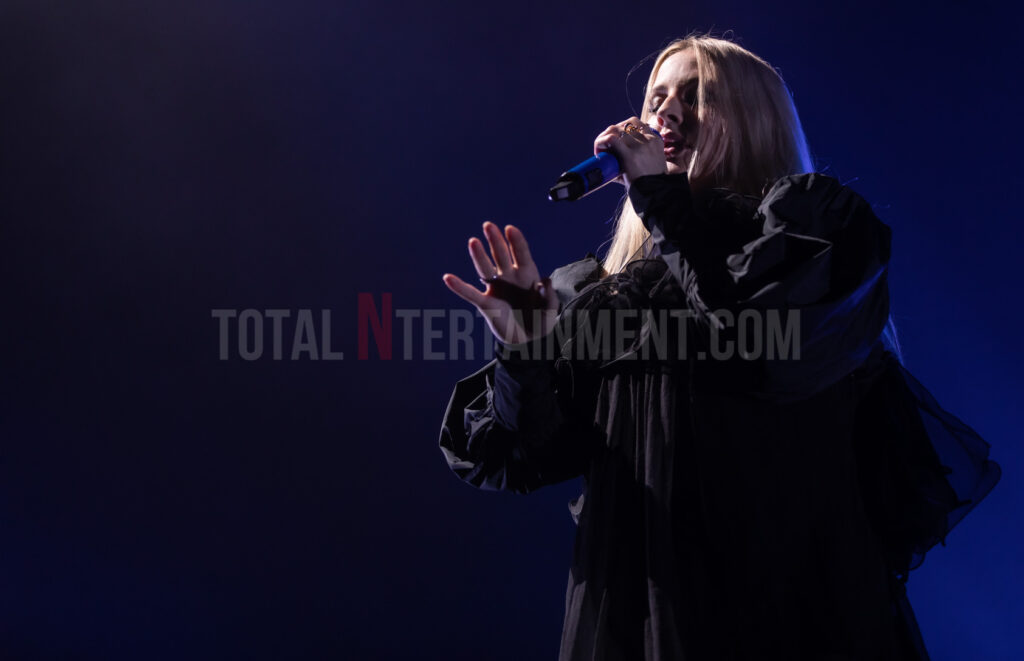 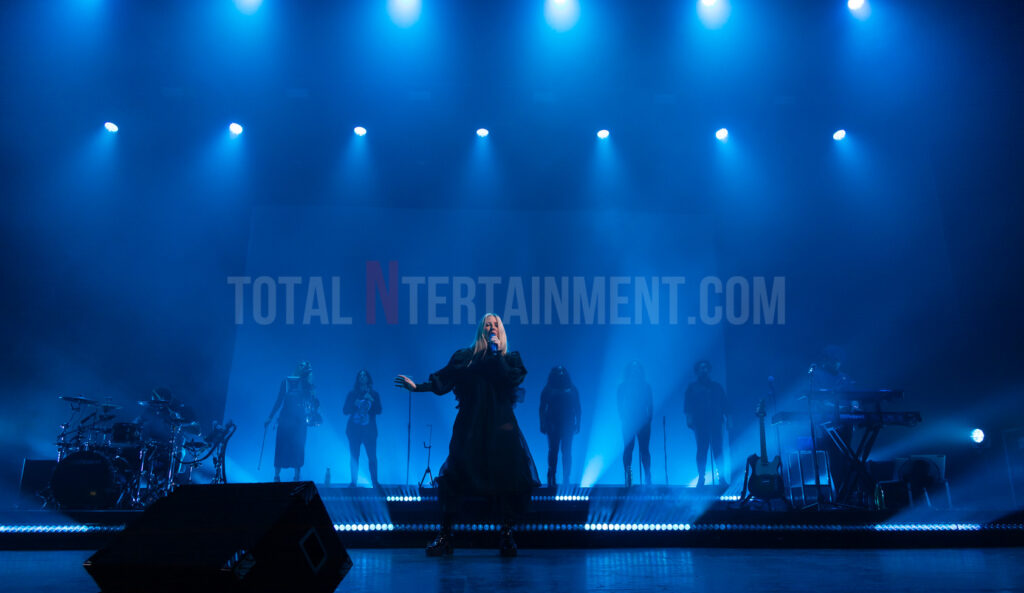 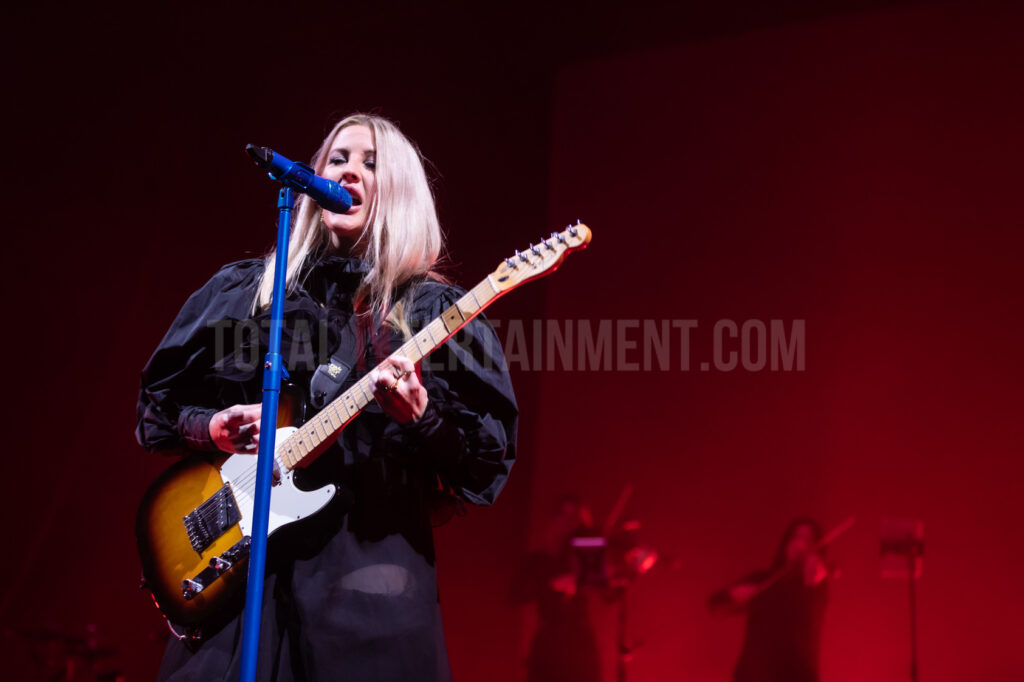 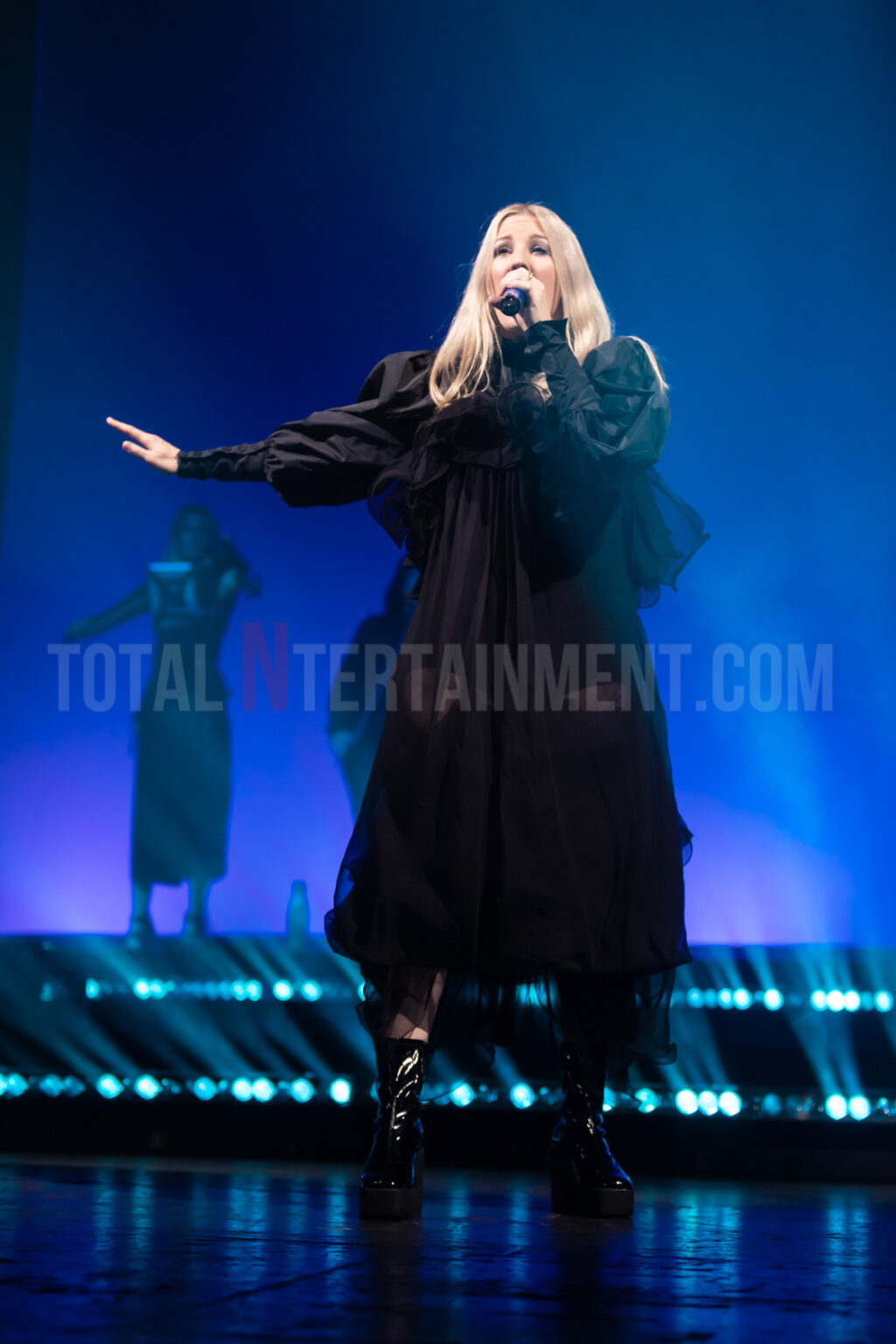