Los Angeles artist Anderson .Paak has announced ‘Andy’s Beach Club World Tour’ on the heels of his recently released Oxnard LP available now via Aftermath Entertainment, exclusively distributed by 12 Tone Music, LLC. The tour kicks off February 11th in San Francisco, CA, and will span 25 cities across the US and Europe, concluding on March 27th in Vienna, Austria (full tour dates can be found below). Tickets will be available to the general public this Friday, December 7th at 10am local time via LiveNation.co.uk

The release of Oxnard, his third LP and first on Dr. Dre’s Aftermath Entertainment marked a career high for the Grammy-nominated artist debuting as the #1 Independent album in the country according to Billboard as well as debuting at #5 on the Rap chart, #6 on the Hip Hop/R&B chart and #11 on the Top 200 already garnering over 100 million streams across all streaming platforms. This phenomenal album is executive produced by Dr. Dre and features the likes of hip-hop legends Kendrick Lamar, Snoop Dogg, J. Cole, Q-Tip, and Pusha T.

.Paak recently threw a free carnival and performance for residents of his hometown Oxnard, CA the day after the album’s release, paying homage to his city of origin while simultaneously pointing to where he’s going next. Anderson has undeniably perfected his sound with Oxnard, wonderfully alchemizing a cross-section of musical styles as his soulful essence harkens back to some of the most iconic voices of the seventies, yet embodying a raw uniqueness fully present in the now.

This past weekend awarded .Paak another benchmark in his career where he graced the stage of Saturday Night Live, and performed the albums debut single, “Tints”, followed by a performance of “Who R U?.” He’ll continue to make the rounds tomorrow with a conversation on The Daily Show with Trevor Noah, alongside a much more intimate performance. 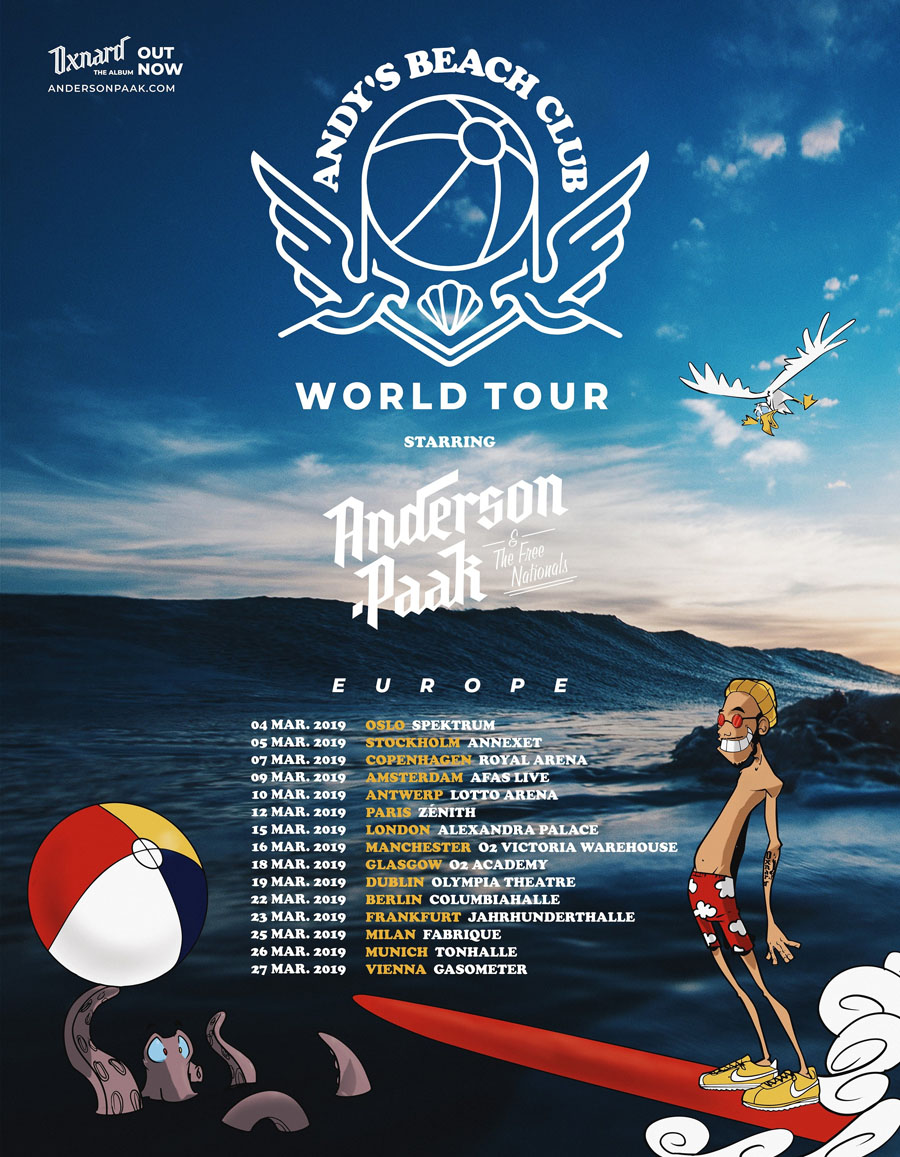