Planet Rock will run a 48-hour ticket pre-sale at 10am on Wednesday July 28th via www.planetrocktickets.co.uk. Tickets will go on general sale to the public on Friday July 30th via www.alttickets.com/beth-hart-tickets.

Beth’s concert at the York Barbican on Halloween on October 31 is sold out.

Audiences can look forward experiencing more of Beth’s breath-taking emotionally charged live shows including songs from her latest albums War In My Mind and Fire On The Floor.

Beth continues to vow audiences all over the world with her unique performances and astounding voice. Previously, she sold out the prestigious Royal Albert Hall in London. This performance was later released on DVD and Blu-Ray. 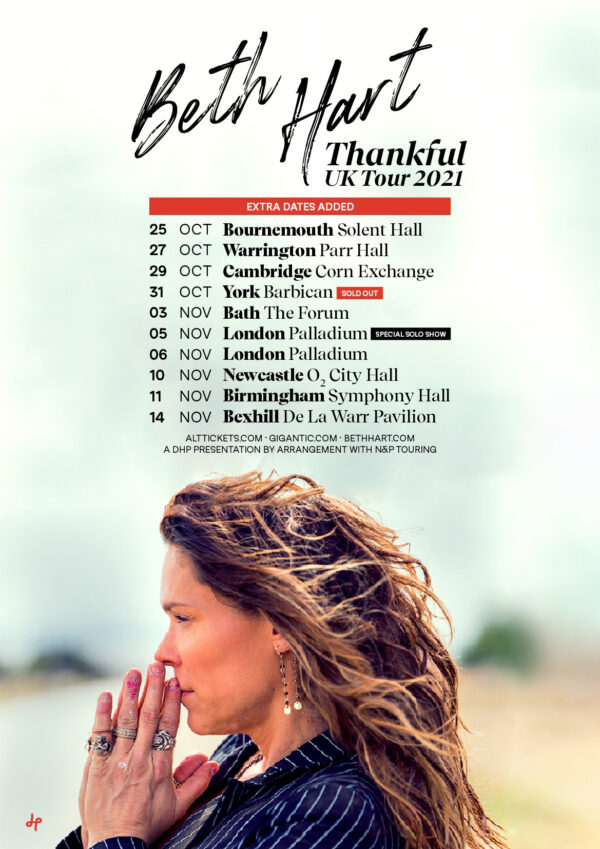