Fresh off the announce of their new world tour, due to phenomenal demand, the hottest Korean female group, BLACKPINK, today announce that they will be adding another date to their BLACKPINK 2019 WORLD TOUR with KIA [IN YOUR AREA]. The K-Pop stars will perform at Manchester Arena on 21 May 2019, the day before their show at London’s The SSE Arena, Wembley on 22 May 2019, making them the first K-Pop group to put on an arena show outside of London. Tickets go on sale Friday 08 February 2019 at 9am on LiveNation.co.uk

BLACKPINK, consisting of 4 members: JISOO, JENNIE, ROSÉ and LISA, has drawn a lot of attention with their first debut single album ‘SQUARE ONE’ in 2016. Following their successful debut, they have released one single and three EPs so far. Their songs have hit the charts not only in Korea but also internationally including Billboard.

Their single “As If It’s Your Last” which was released in 2017, gave them the title of the fastest girl group to reach 400 million view. However, BLACKPINK broke their own record with their latest EP album ‘SQUARE UP’ released in 2018. ‘Ddu-Du Ddu-Du’ which is one of four tracks on ‘SQUARE UP’ charted No. 55 on the Billboard Hot 100, which was the highest-charting hit ever by a KPOP girl group. Additionally, this song is renowned as YouTube’s most-viewed Korean music video in 24 hours in YouTube history.

BLACKPINK also collaborated with Dua Lipa for ‘Kiss and Make Up’ which is a bilingual song in Korean and English. This song debuted at No.93 on America’s main single chart. The group is now the only Korean girl group to score multiple entries on the Billboard Hot 100.

Each member will release solo music, with JENNIE being the first and other members soon to follow. JENNIE’s solo will make its premier at the BLACKPINK’s first solo concert in Seoul.

Tickets go on sale Friday 08 February 2019 at 9am on LiveNation.co.uk 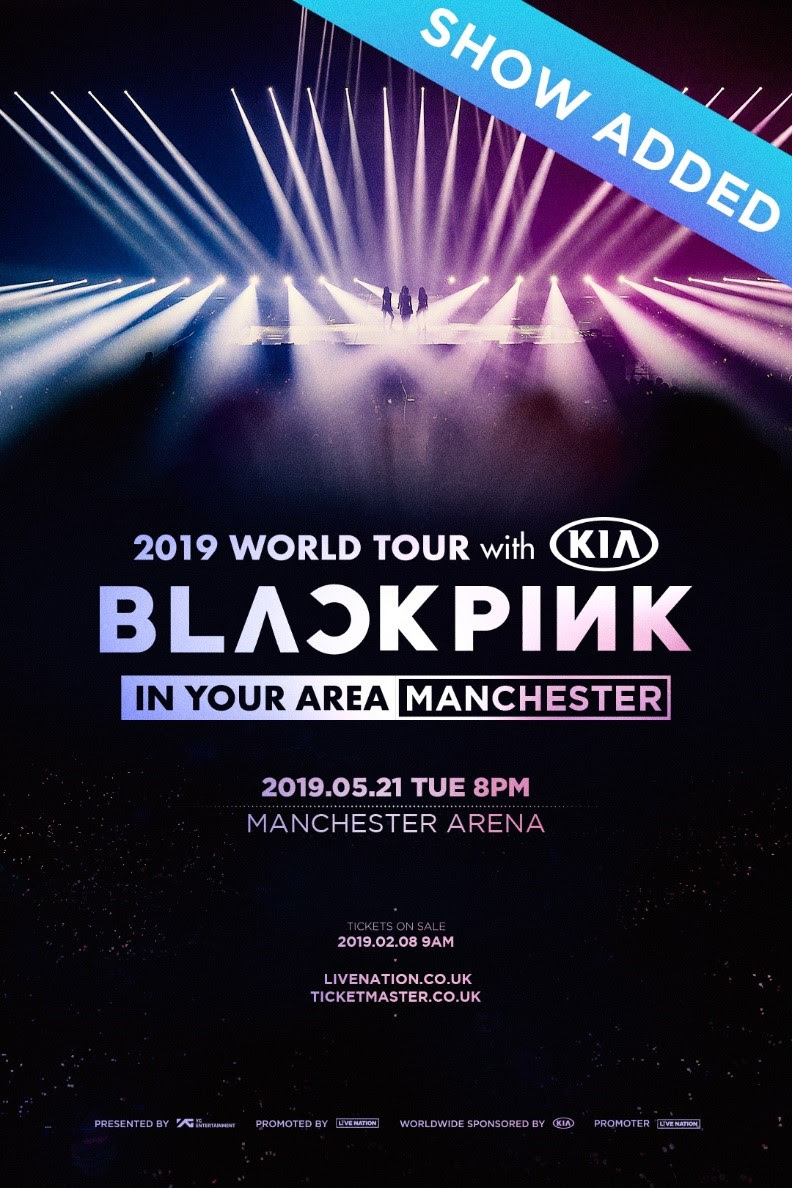