Greta Van Fleet, one of the most buzzed-about new rock bands today, announces the “March of the Peaceful Army” World Tour and initial headline dates for 2019.  These dates are in support of the band’s debut album, Anthem of the Peaceful Army, that is due out October 19 (Lava/Republic Records).  As part of the itinerary, the band will visit Australia for the first time playing concerts in four cities beginning in Sydney on January 29.  The band then heads to Europe and the UK in February and March for 12 dates, followed by four weeks of North American shows from early May to early June.  All confirmed dates are below.  Tickets go on sale on 19 October 2018 at LiveNation.co.uk.

Music fans were first introduced to Greta Van Fleet Josh Kiszka/vocals, Jake Kiszka/guitars, Sam Kiszka/bass & keys, and Danny Wagner/drums – in March 2017 with the release of the band’s debut single “Highway Tune” that held the #1 position on U.S. Rock Radio Charts for five consecutive weeks and on Canada’s Active Rock Radio Charts for nine straight weeks.  Twenty-seventeen went on to be a wild ride of sold-out concerts in North America and Europe, glowing press, accolades from a slew of fellow artists from Elton John to Nikki Sixx to Justin Bieber, millions of YouTube video plays and Spotify streams, two #1 EPs, a Gold record in Canada, and most importantly, the genesis of an extraordinary connection with their fans.

With more dates to be announced, follows are the confirmed dates for Greta Van Fleet’s “March Of The Peaceful Army” 2019 World Tour:

Tickets for Greta Van Fleet go on-sale to the general public on 19 October 2018 at 10am at www.livenation.co.uk/ 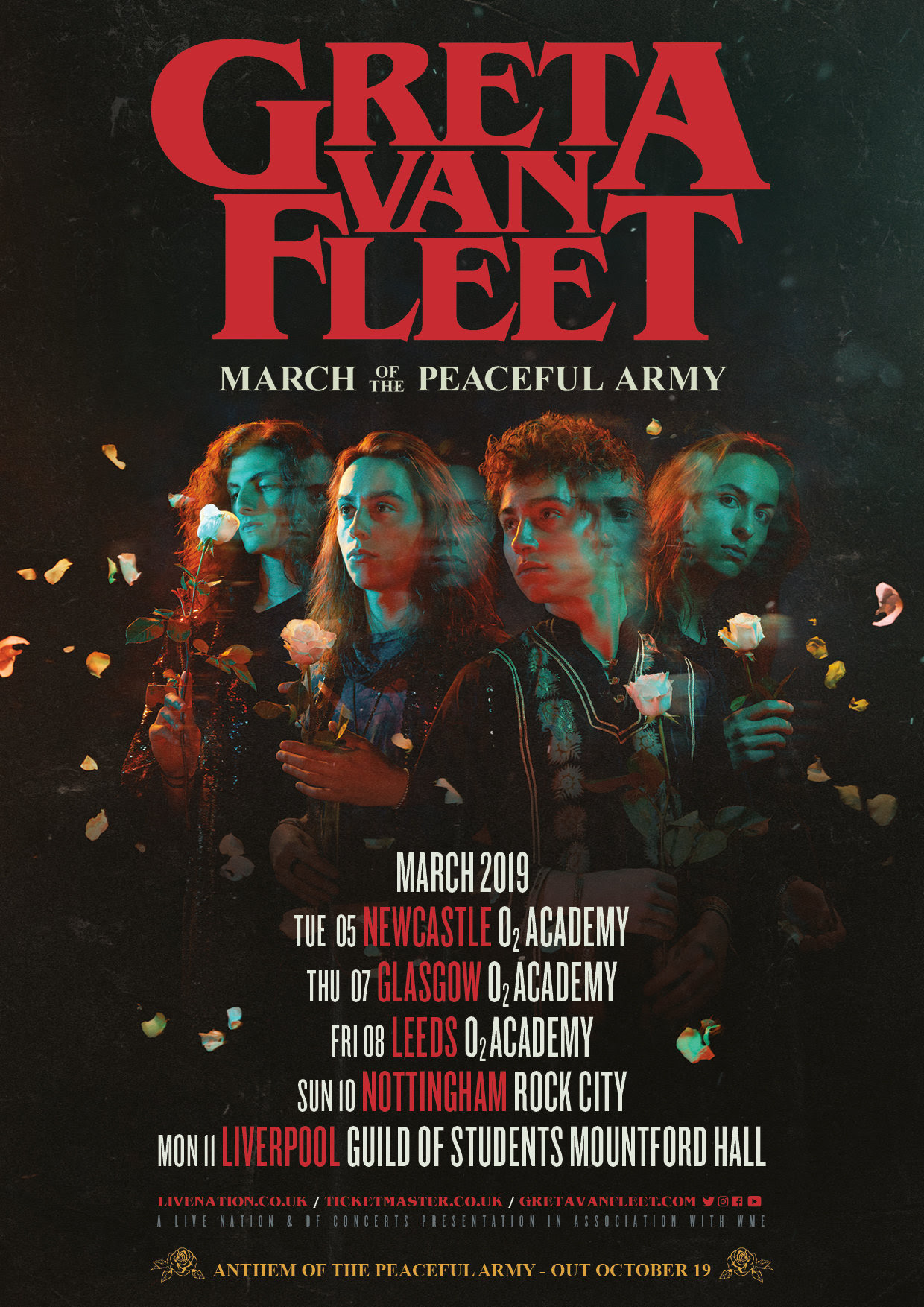