In 2021, When Rivers Meet were the first band to win four UK Blues Awards including Blues Band of the Year, Blues Album of the Year, Emerging Blues Artist of the Year, and Most Inspirational Online Performance of the Year. WRM also won Best New Band at Planet Rock’s awards The Rocks. 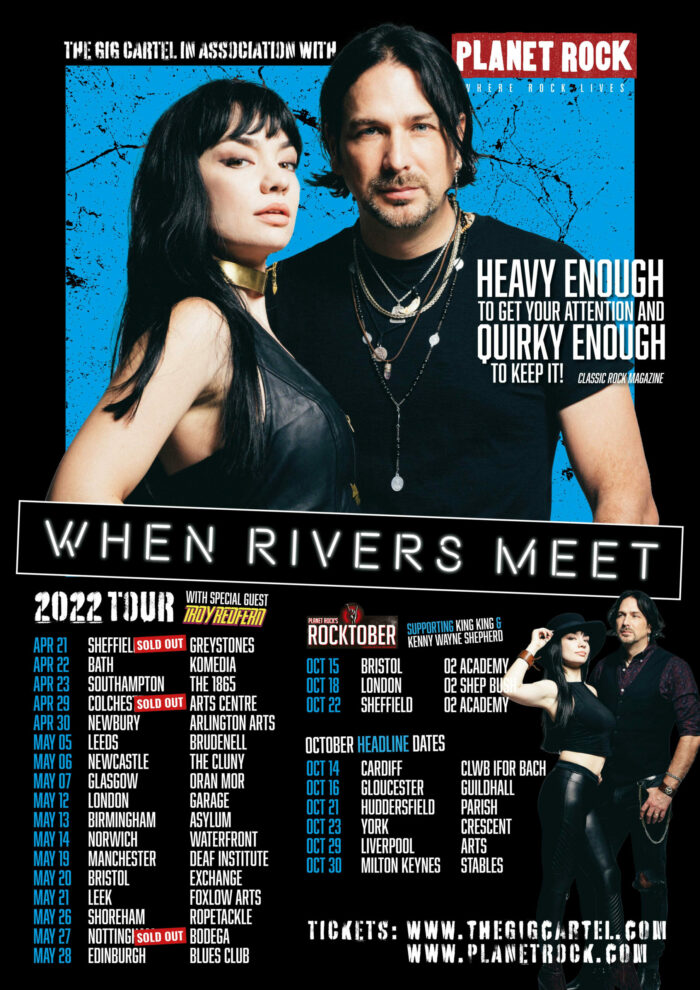 This year the band have received three nominations at the UK Blues Awards including Blues Album of the Year (Saving Grace), Blues Band of the Year, and Blues Vocalist of the Year (Grace Bond).

Saving Grace follows WRM’s critically acclaimed debut album We Fly Free that was released in November 2020, and their previous two EPs, The Uprising, and Innocence of Youth. The past two years have been a non-stop thrill-ride for WRM, who are comprised of Grace Bond (lead vocals, mandolin, violin) and Aaron Bond (guitar, vocals).

On their sophomore album Saving Grace, WRM have set out to produce a blues rock album with an upbeat, punchy, and exciting sound. The album is available from www.whenriversmeet.co.uk.