Hozier has today announced the details of his UK & European tour this year, which will see the multi-platinum selling performer and his band perform 26 shows, beginning in Copenhagen and ending in a triumphant 5-date run at London’s iconic Palladium.

The tour announcement comes just ahead of the release of Hozier’s new album ‘Wasteland, Baby!’, due for release on 1st March via Island Records. Upon pre-ordering the album, there is special access granted to purchase pre-sale tickets to this tour, before they go on general sale on 22nd February.

To pre-order the album / purchase tickets, visit www.hozier.com
Wasteland, Baby! follows Hozier’s recent Nina Cried Power EP. The EP, which features multi-Grammy Award-winning artist and performer Mavis Staples and instrumentation by renowned Grammy Life Time Achievement Award recipient, Booker T. Jones, has been streamed over 27 million times since its release in September last year. The title track of the EP also opens Wasteland, Baby! and has already proved incredibly successful for Hozier. Barack Obama included the song in his favourite songs of 2018 playlist and the track was the subject of the Song Exploder podcast’s first episode of 2019, which you can listen to here. The latest single taken from the album, ‘Almost (Sweet Music)’ has already had over 13 million global streams since its release.

Wasteland, Baby! is the follow up to Hozier’s critically acclaimed self–titled debut album, which has now amassed over 2.1 billion streams on Spotify alone. The album has sold over 850 thousand copies in the UK, going platinum in the process, while the record has sold 4.4 million copies worldwide. Hozier’s total, global streams now stand at 4.5 Billion, and he received a nomination for ‘Best International Male’ at the 2015 Brit Awards. 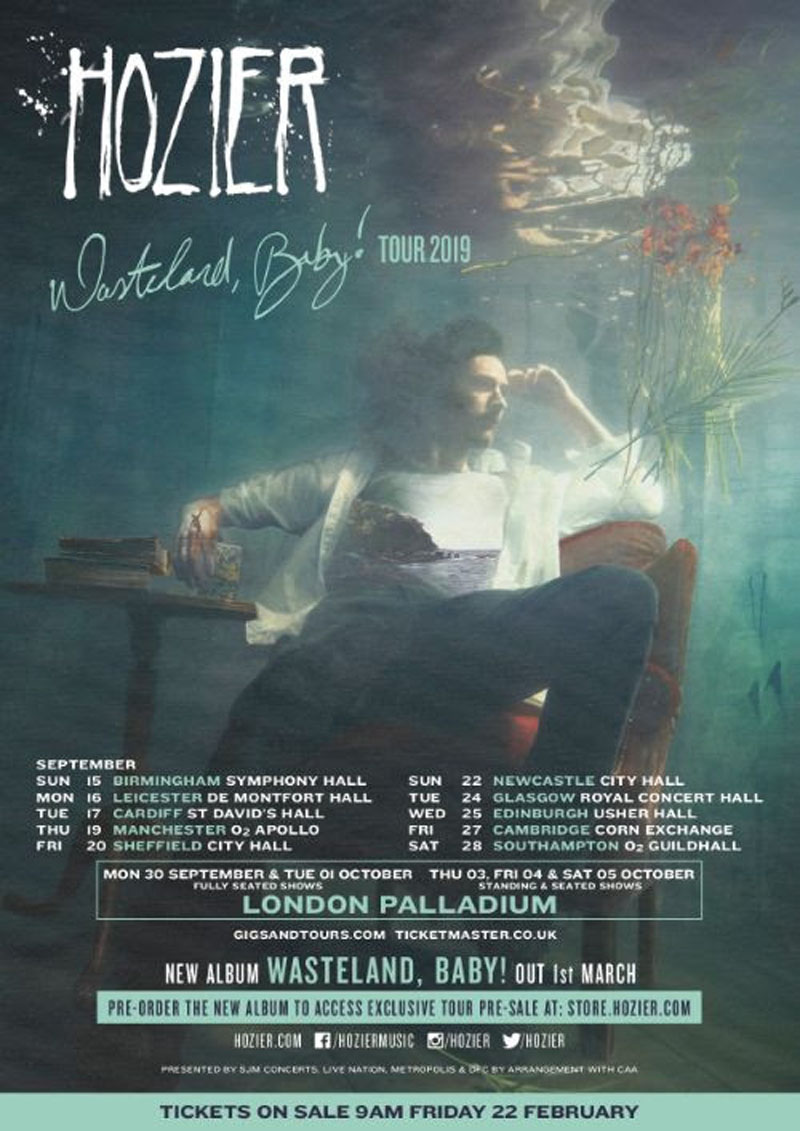