America’s premier comedian, Jerry Seinfeld, comes to Eventim Apollo, London, his first U.K. shows in 8 years to perform his signature stand-up routine in July 2019. Playing his first theatre sized show in the U.K. since the London Palladium in 1998, Seinfeld has been hailed for his uncanny ability to joke about the little things in life that relate to audiences everywhere. His latest projects include the Emmy nominated web series, Comedians in Cars Getting Coffee, and his Netflix special Jerry Before Seinfeld. Seinfeld continues to perform both nationally and internationally. Tickets go on sale on 16 November 2018 at 10am at LiveNation.co.uk.

Having pioneered the most successful comedy series in the history of television alongside fellow comedian Larry David, Seinfeld scooped numerous Emmy, Golden Globes, and People’s Choice awards. Seinfeld’s latest project is the Emmy nominated and critically-acclaimed web series Comedians in Cars Getting Coffee which has garnered over 100 million views, and which the New York Times describes as “impressively complex and artful” and Variety calls “a game changer.”

Most recently, the comic, Broadway producer and best-selling author has been performing at the Beacon Theatre as part of a year-long residency entitled, “Jerry Seinfeld: The Homestand.” He recently made his Netflix debut with the original stand-up special “Jerry Before Seinfeld.”

Now the entertainment icon will bring his highly anticipated live stand-up shows to Eventim Apollo, London in July 2019. Tickets go on sale on 16 November 2018 at 10am at LiveNation.co.uk.

Tickets for Jerry Seinfeld go on-sale to the general public on 16 November at 10am at www.livenation.co.uk/ 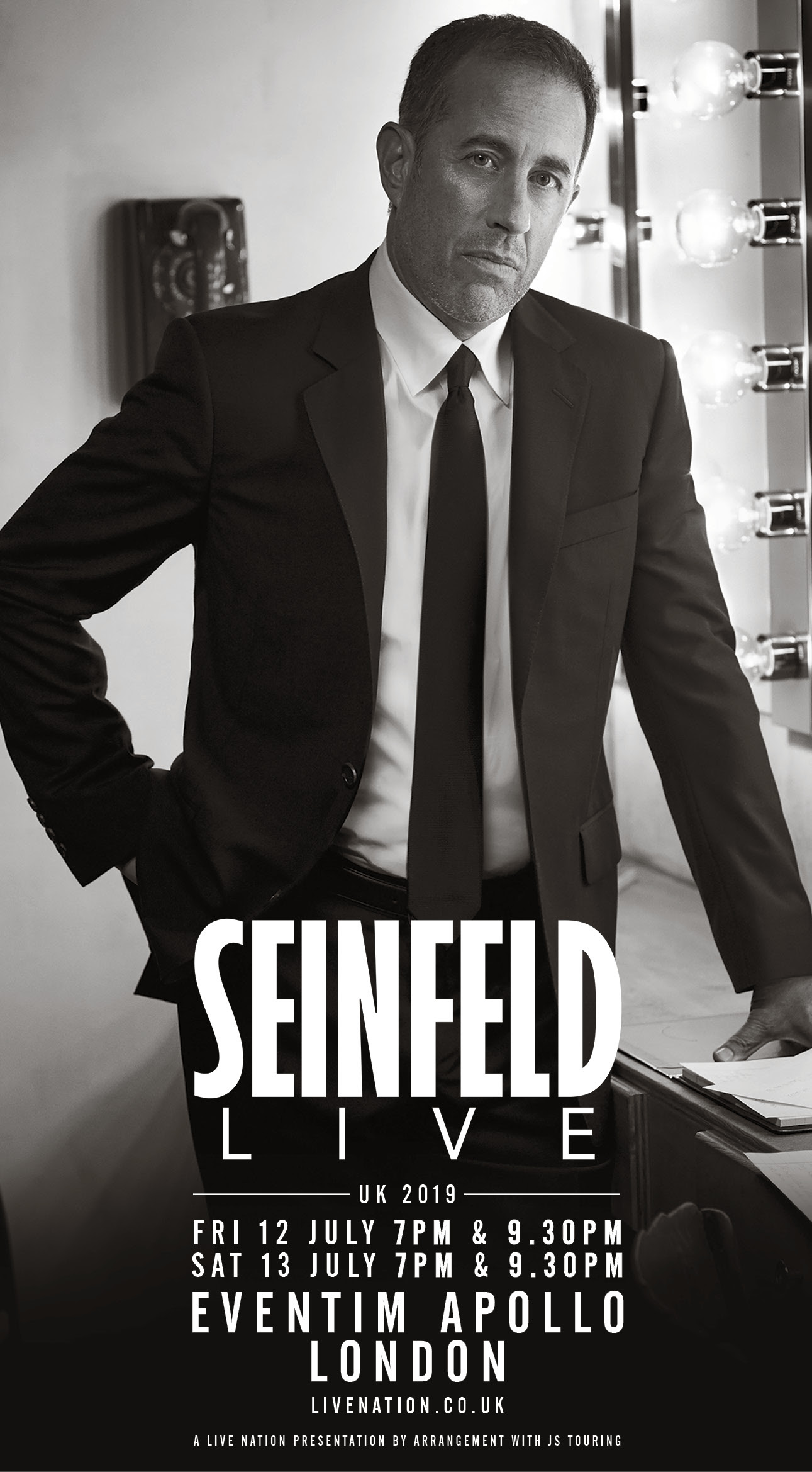