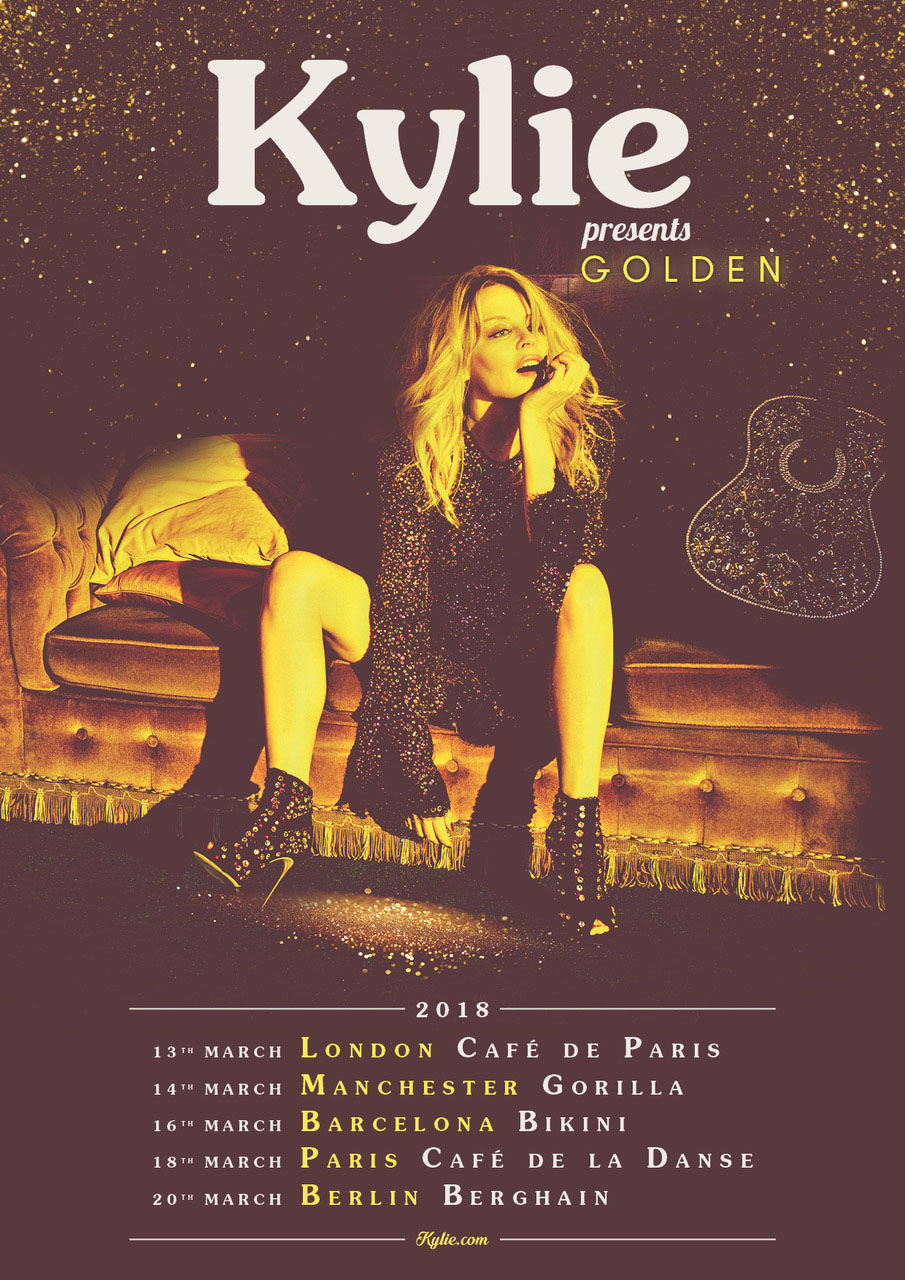 Kylie Minogue will play 5 intimate shows in Europe in March, opening at London’s legendary Café de Paris on March 13. The shows then continue in Manchester, Barcelona and Paris before ending at Berghain in Berlin, probably the most famous club in the world right now.

The shows precede the release of the new album ‘Golden’ on April 6. The single ‘Dancing’ is out now on BMG.

Kylie, whose reputation as a spectacular live performer is second to none, promises a brand new production for these very special shows. She said today:

“I’m so excited to perform songs from my new album ‘Golden’ in these iconic European clubs. Each of these venues is very special and – just as I found making the new album in Nashville to be so energizing – these shows will be new, intimate and fun. I just can’t wait to bring these new songs to life and of course, throw in a few surprises for my fans.”

Full schedule of shows announced below: