Having tirelessly promoted emerging and cutting-edge music over his prolific career, broadcasting legend “Whispering” Bob Harris OBE has announced that he will be taking the much respected Under The Apple Tree Sessions out on the road with his newly announced Under The Apple Tree tour. The tour will be headlined by indie/folk trio Wildwood Kin and will also have regional acts handpicked by Bob for each show.

Wildwood Kin are a family trio whose sound is characterized by extraordinary harmonies. Their brilliant debut album, while influenced by their early folk leanings, delved deeply into their other genres, featuring both electric and acoustic instruments, and featured inventive sonics and spectral atmospherics alongside their three-part harmonies. They boast over 15 million streams as well as performances at various festivals across the world – including Latitude, Boomtown, Glastonbury and BBC Radio 2’s Hyde Park Festival In A Day.

Curated by BBC Radio 2 and The Old Grey Whistle Test’s “Whispering” Bob Harris OBE, Under The Apple Tree is the UK’s foremost online/live platform for the very best in Country, Americana and Roots – the fastest growing genres in British music today. In the live arena, UTAT stages have popped-up at a plethora of events, including Country Music Week, C2C: Country To Country, BBC Countryfile Live, Silverstone Woodlands F1 Grand Prix, Black Deer Festival, Beavertown Extravaganza and at venues across the UK in partnership with Soho House & Co.

Bob Harris has been at the very heart of UK music scene since the heady days of the late 60’s.  He has established a worldwide reputation as one of the most trusted and influential broadcasters of his generation – described by Radio Times as “…one of the greats of British contemporary music broadcasting” and by The Mail on Sunday as “a national treasure”. His peerless career has seen him acknowledged by a series of amazing awards. He is a three-time winner of CMA International Broadcaster of the Year Award, has twice won the prestigious Wesley Rose International Media Achievement Award and is an Americana Trailblazer.  In 2011, Bob was awarded an OBE for his services to music.

Don’t miss the chance to see Under The Apple Tree live on tour. Tickets available on 14 December 2018 at LiveNation.co.uk 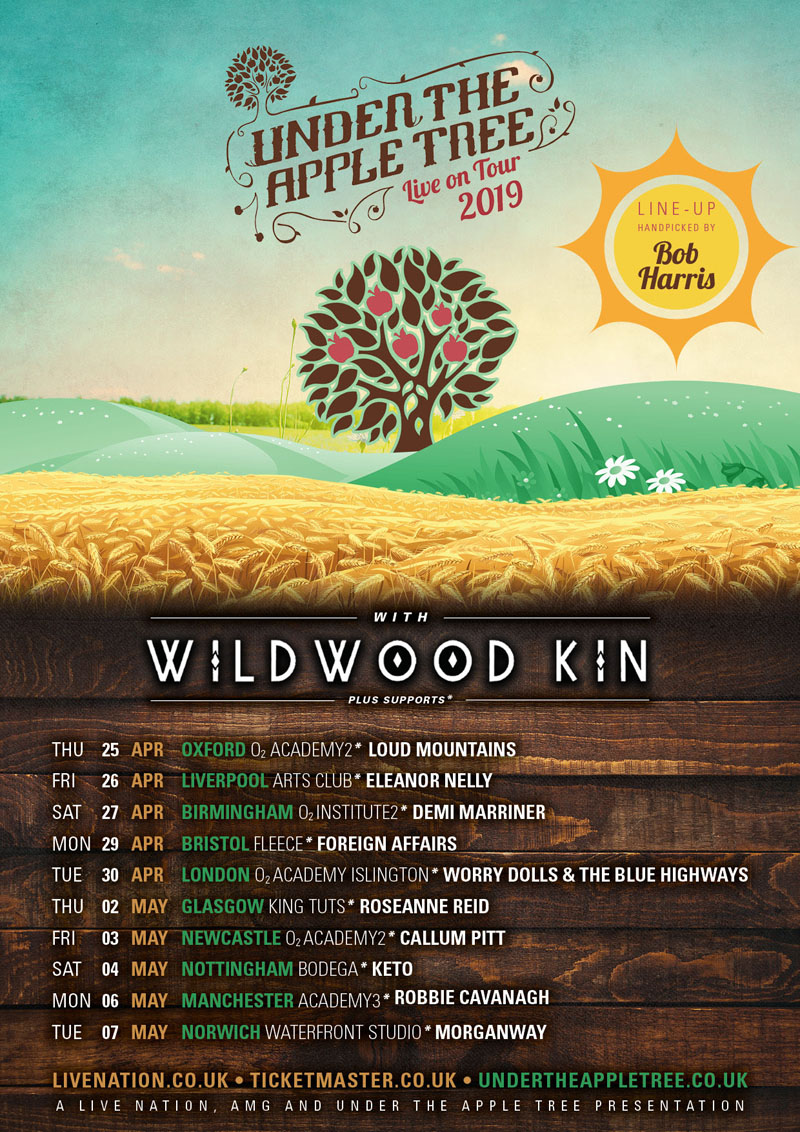