MACHINE GUN KELLY will be touring the UK later this month in support of new album ‘HOTEL DIABLO’. He will be headlining Manchester O2 Ritz on Tuesday 27th August.

Machine Gun Kelly burst onto the music scene in 2012 with the release of his first album Lace Up via EST 19XX/Bad Boy/Interscope Records. The album debuted at number two on Billboard’s R&B/Hip-Hop Albums chart. He won “US Artist About to Go Global” at the 2012 MTV EMA’s and MTV’s 2012 “Breaking Woodie” Award. The following year he was awarded “Woodie of the Year” beating out A$AP Rocky, Fun, Grimes and Kendrick Lamar.

Spotify released that MGK’s songs were streamed 457,000,000 times in 63 countries in 2018 and he ended the year as one of Google’s “Top 10 Searched Musicians.” His most recent album bloom went gold and sold over 6 million copies worldwide. The album track “Bad Things” featuring Camila Cabello was nominated for a 2017 Billboard Music Award and owned the Billboard 100 list for 16+ weeks in 2017 and amassed more than 245m+ streams with a radio audience of 145m, becoming RIAA certified platinum.

His fourth album Hotel Diablo was released on July 5, 2019. 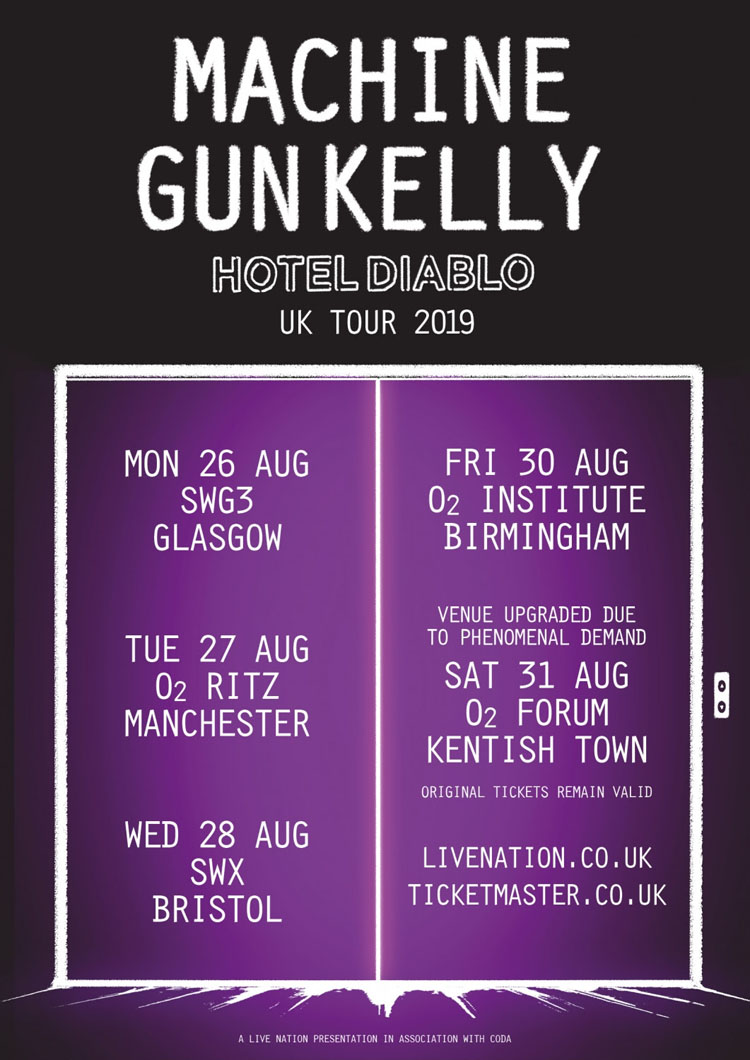