Multi-platinum recording artist and national treasure Michael Ball today announces a 21-date U.K. tour, supporting his forthcoming studio album Coming Home To You set for release in 2019. The double Olivier Award winner will hit the road in April 2019 until the end of May next year. Tickets go on sale on 07 December at 9am at LiveNation.co.uk.

Having received critical acclaim for his performances in the West End and on Broadway in shows including Les Misérables, The Phantom of the Opera and the smash hit musical Hairspray, the radio and TV host has since sold millions of albums and toured multiple continents across the world.

The Classic BRIT Award winner’s album Together with Alfie Boe was Christmas Number 1 in 2016 and their second album Together Again in 2017 went straight to number one, boasting combined sales of more than 1 million copies. Now Michael Ball is set to embark on his next live solo project with a 2019 U.K. tour which promises an evening of entertainment. Don’t miss Michael Ball on his 2019 U.K. tour. Tickets go on sale on 07 December at 9am at LiveNation.co.uk. 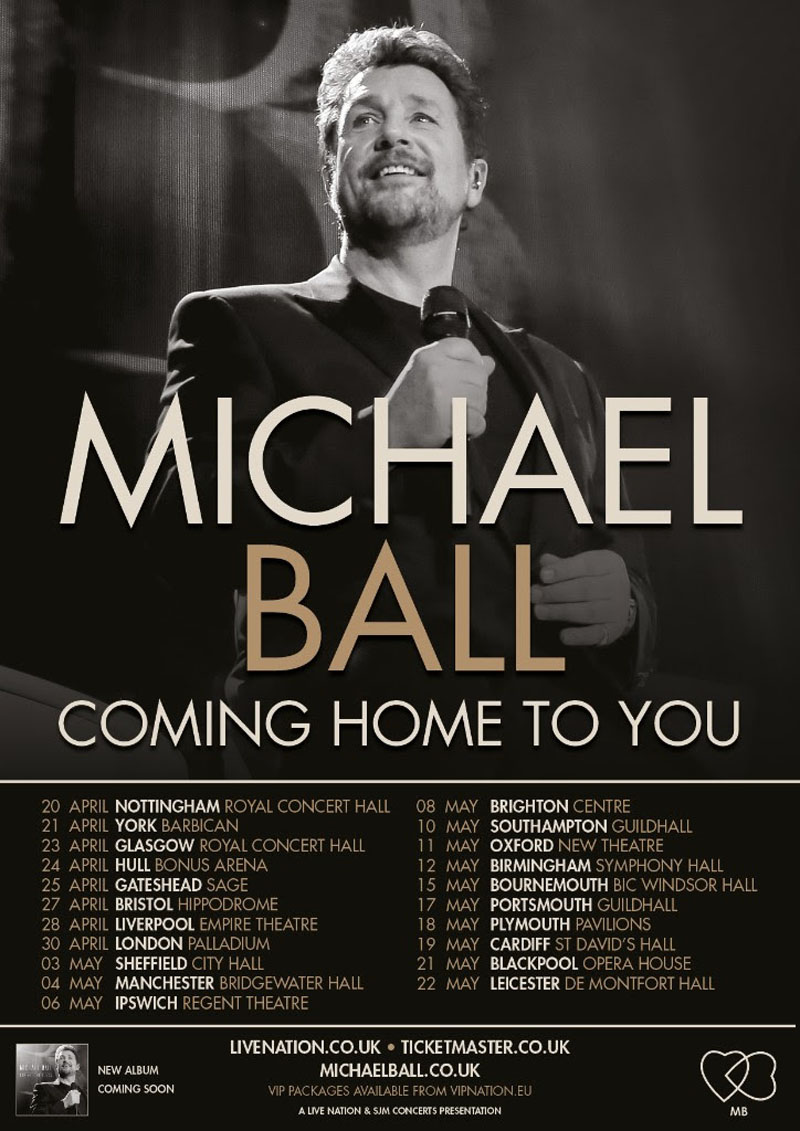 Tickets for Michael Ball go on-sale to the general public on Friday 07 December at 9am at www.livenation.co.uk/