It was announced that the legendary Nile Rodgers & CHIC will headline a series of special arena concerts across the U.K. this festive season.  Fans will be able to see the band perform all of their incredible hit songs in a brand new and expanded set. This series of special appearances will mark the end of an amazing year for Nile Rodgers – who was most recently appointed the Chairman of the Songwriters Hall of Fame and The Chief Creative Advisor for the iconic Abbey Road Studios.  Tickets go on sale on Friday 07 September 2018 at 9am at LiveNation.co.uk

“I am delighted to announce our first ever ARENA tour of the UK. Christmas is indeed coming and we are putting together “the” party of the festive season! The entire night will be programmed by me and in addition to all our hits will include my man MistaJam on the wheels of steel and more guests to be announced in the coming weeks. Come to dance!”

Most recently Nile Rodgers & CHIC teamed up with Mura Masa, Cosha and Vic Mensa for the release of ‘Till The World Falls’ on Virgin EMI. The song quickly became a summer staple on BBC Radio 2 and other radio formats and was taken from the group’s new album It’s About Time, their first new album in 25 years, which is set to be released on September 28, 2018. Buy the album here: https://shop.virginemi.com/nilerodgersandchic/

As the co-founder of CHIC, Rodgers pioneered a new musical language with chart-topping hits like ‘Le Freak,’ (the biggest selling single in the history of Atlantic Records) and ‘Everybody Dance’, even sparking the advent of hip-hop with ‘Good Times’. His work with CHIC and his production credits with artists like David Bowie, Diana Ross and Madonna has helped sell over 500 million albums and 75 million singles worldwide, while his innovative, trendsetting collaborations with Daft Punk, Avicii, Sigala, Disclosure,and Sam Smith have kept him in the vanguard of contemporary music.

Tickets for Nile Rodgers & Chic go on-sale to the general public on Friday 07 September 2018 at 9am at www.livenation.co.uk/. 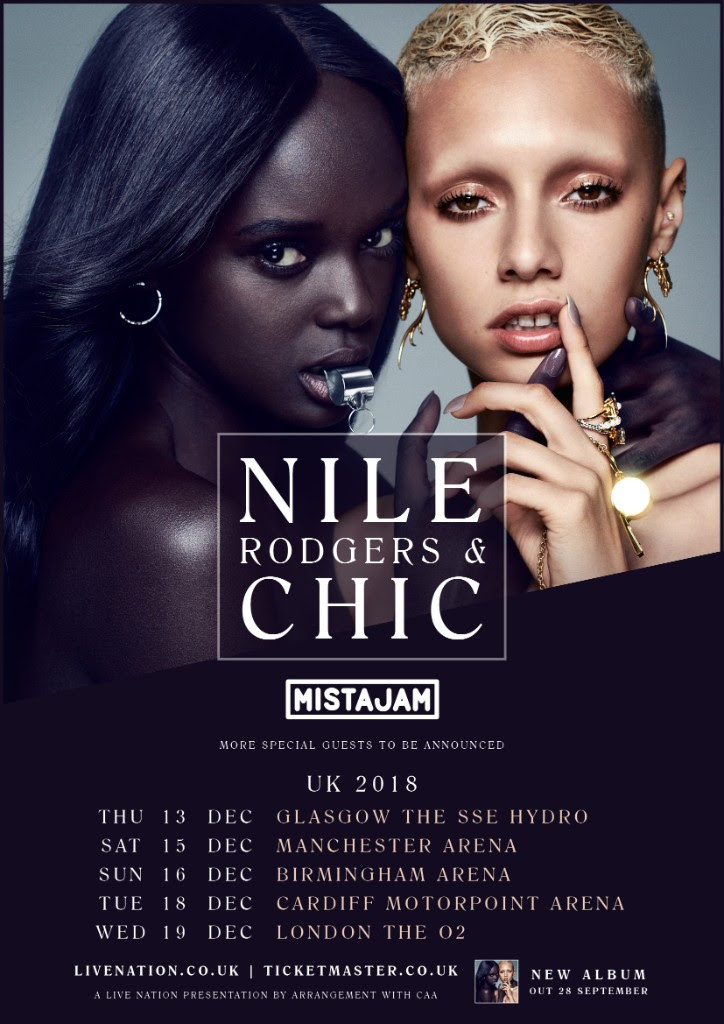