Robert Jon & The Wreck are ready to tear up the UK. Following the release of their acclaimed studio album Last Light On The Highway, the California based band will tour the UK in May 2021. A 48-hour Planet Rock Pre-Sale starts on Wednesday 8th July at 9am from www.planetrocktickets.co.uk. Tickets go on general sale on Friday 10th July at 9am via www.alttickets.com, www.planetrocktickets.co.uk and www.robertjonandthewreck.com

The second single from the album “Do You Remember” will be released on Friday 10th July and will be accompanied by a music video.

With Robert Jon & The Wreck, the Southern rock resurgence is shining brighter than ever before. This blues and country-infused rock ’n’ roll quintet have consistently delivered soaring solos, boogieing grooves, and arguably perfect tunes since debuting with 2011’s Fire Started. RJTW’s latest LP, Last Light on the Highway, provides yet another heaping helping of stellar Southern Blues Rock.

The band have received with accolades and rave reviews for years now, from nominations of “Best Rock” and “Best Blues” and winning the title of “Best Live Band” at the Orange County Music Awards in 2013, to numerous top 10 chart placement on Southern Rock Brazil’s Top 20 Albums to being praised as “Classic and fresh at the same time” by Rock The Best Music, “Raising the bar for the Southern genre” by Blues Rock Review, and “keeping the history of classic 60’s and 70’s rock alive for newer generations” by Blues legend Joe Bonamassa. 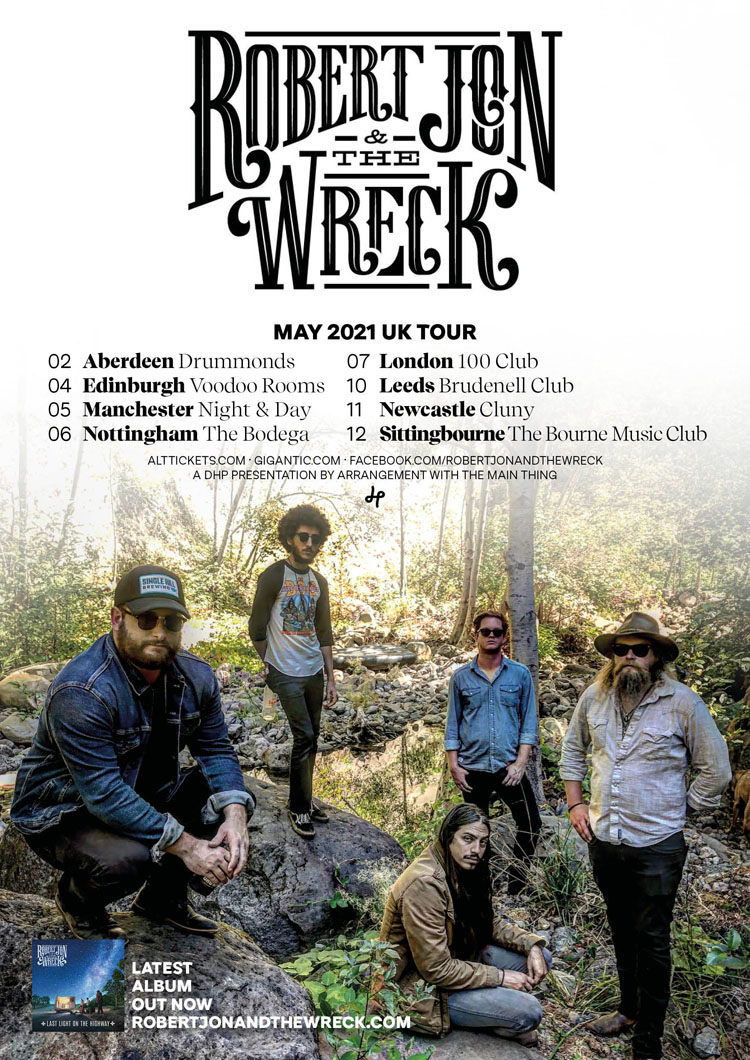