The UK’s top selling album group of the 21st century, Westlife, announced that they will be touring the UK and Ireland for the first time in seven years next May, June and July.

Celebrating Westlife’s 20th anniversary, ‘The Twenty Tour’ will kick off in Belfast on 25th May, with the run of live shows ending in Dublin on 5th July.

The shows will see the global pop kings perform brand new songs, alongside their greatest hits and all 14 of their UK No.1 hits including as ‘Swear It Again’, ‘Flying Without Wings’, ‘You Raise Me Up’ and ‘Unbreakable’.

Shane, Nicky, Mark and Kian announced their return to music two weeks ago to a frenzy of media coverage and social media activity. The band have signed a new record deal with Virgin EMI, and will release new music soon.

These shows will be their first as a group since they played Croke Park in Dublin on 23rd June 2012.

Westlife have sold over 55 million records worldwide, and are the only band to have their first 7 singles enter the UK chart at No.1. They also have the most singles of any artist to debut at No.1 in the UK. Overall the band have had an incredible 14 No.1 singles, behind only Elvis Presley and The Beatles. They have had 33 No.1 albums worldwide.

Fans that pre-order a copy of the forthcoming new Westlife album from the official store before 12pm BST on Monday 22nd October will receive an exclusive pre-sale code for early access tickets to the 2019 UK & Ireland tour.

Pre-sale starts at 9AM Tuesday 23rd October with general on-sale tickets available from Thursday 25th October at 9AM.

Tickets for Westlife go on-sale to the general public on Thursday 25 October at 9am at www.livenation.co.uk/. 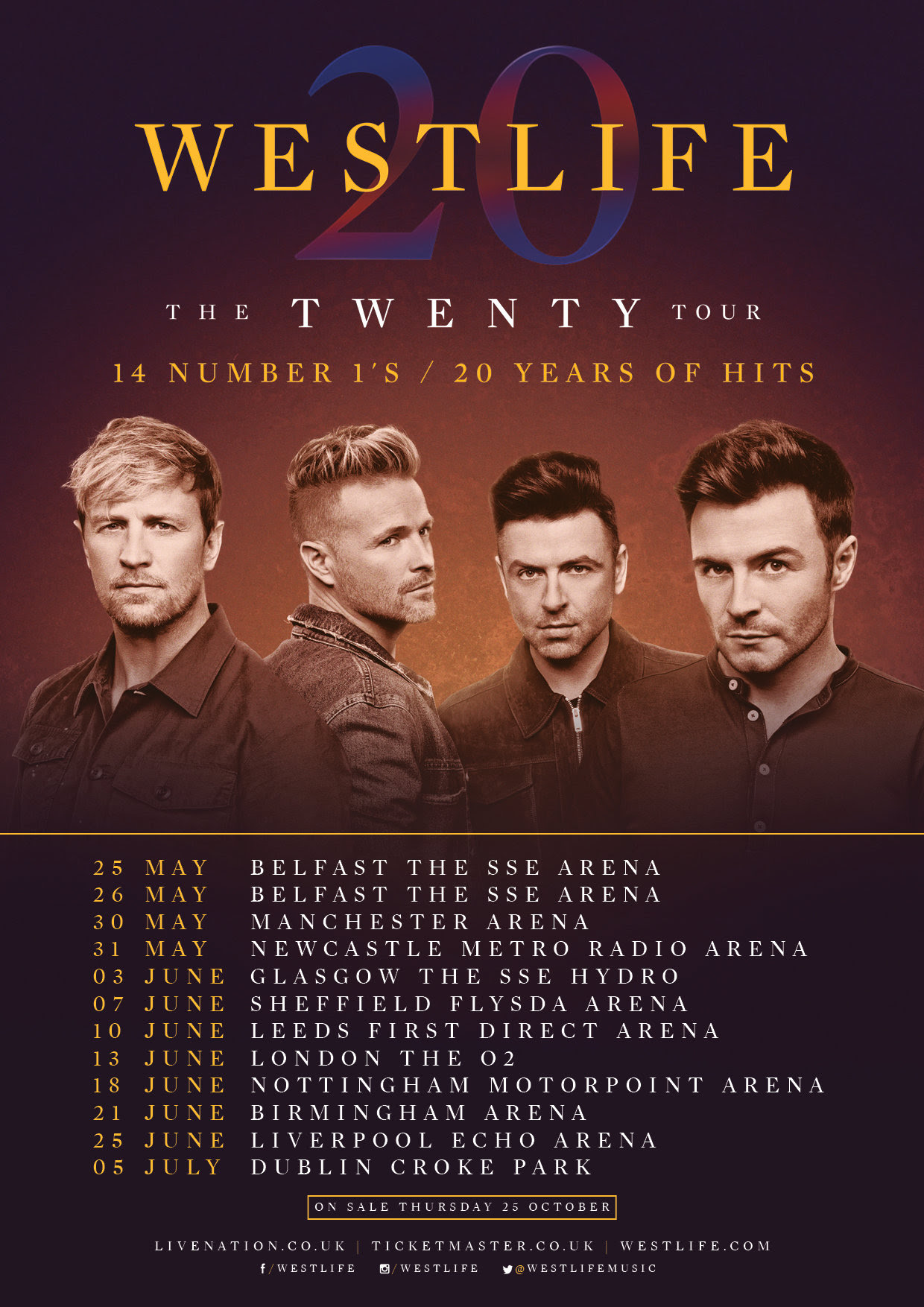