BalletBoyz celebrate 20 years and return in Spring 2020 with an all-new, live dance show Deluxe which fuses beautiful dance with original music in the company’s unique and unmistakable style, including collaborations from some of the world’s most inventive and thought-provoking choreographers and composers. Deluxe will embark on a nationwide UK tour from March to May, including three shows at London’s Sadler’s Wells between 25 and 27 March. Deluxe is a co-production with Sadler’s Wells.

Over the last 20 years BalletBoyz has made 38 pieces of new work for the stage, won 13 international awards, and collaborated with 25 choreographers, ranging from some of the world’s finest and most established to emerging and unknown choreographers including Christopher Wheeldon, Akram Khan, Kristen McNally, Matthew Bourne and Liv Lorent to name a few.

BalletBoyz continues to be celebrated across four continents by audiences and critics alike; the company has performed their work more than 400 times around the UK and in 13 countries across the world, with over 350,000 people having seen one of their productions over the last 20 years. Many people have also attended their regular dance workshops and classes for both children and adults, including specialised classes for people with learning disabilities and Parkinson’s, held at their studios in Kingston.

“Deluxe is going to be a night of entertaining and thought-provoking theatre that’s been 20 years in the making. The beauty of our job has always been about finding and pursuing extraordinary talent and sharing that with as many people as we can. It’s that simple.” 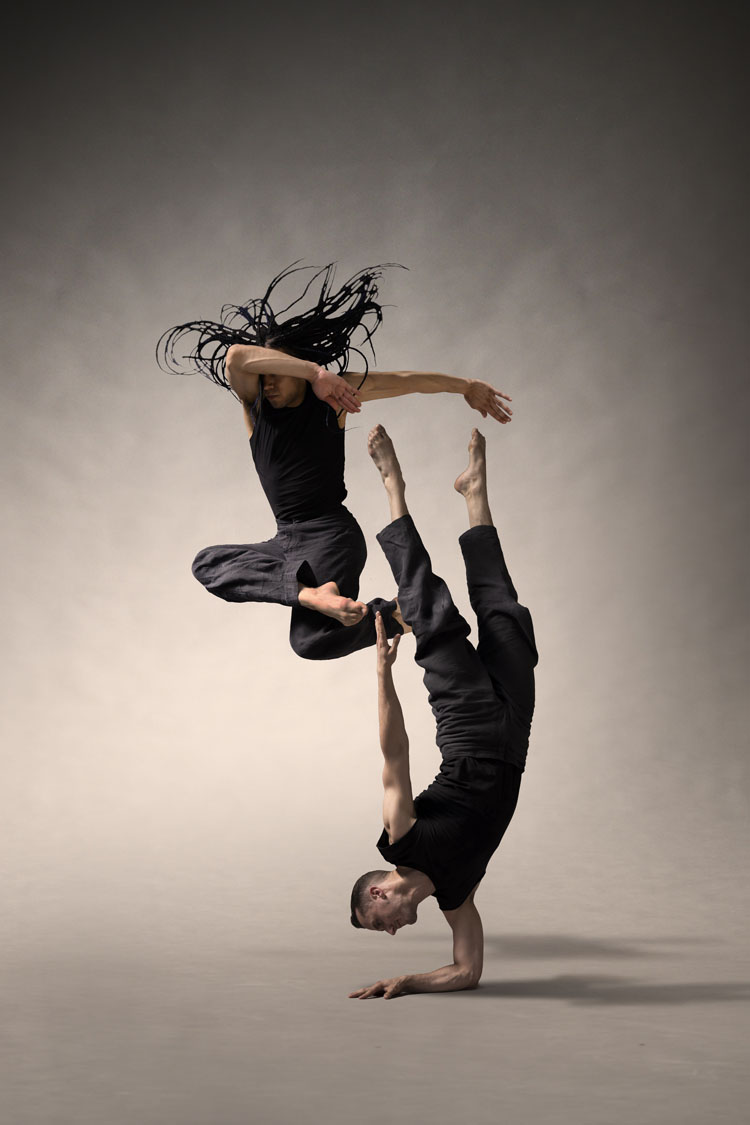 Maxine Doyle is an independent choreographer and director. Since 2002 she has been Associate Director and choreographer for Punchdrunk with whom she co-directed the multi-award-winning Sleep No More (London, Boston, New York, Shanghai), The Drowned Man, Faust and Masque of the Red Death to name a few. She has an MA in choreography from the Laban Centre and was Artistic Director of First Person Dance Company from 1996 – 2003 touring works such as Deja Deux, In the Face of a Stranger, Plastic Chill and It’s Only a Gameshow. In 2006 she was a Place Prize semi-finalist with Forest. Her work for theatre includes Evening at the Talk House (NT), Electra (Old Vic), The Changeling, Hamlet (Young Vic), The Children’s Hour (West End), Timon of Athens (The Globe) and Every Good Boy Deserves Favour (National Theatre). Opera includes Faust (Baden Baden) and The Cunning Little Vixen (Glyndebourne). Maxine is a regular principle artist at Springboard Danse Montreal creating Hubris, Electric Sheep and Miss D. Most recently Maxine has been collaborating on her first feature film Mari.

Xie Xin is the creator and Artistic Director of Xiexin Dance Theatre (XDT) and is an Associate Artist of the Shanghai International Dance Centre Theatre and jury member of the Lotus Prize. In addition to this, she is a guest professor at Shanghai University of Sport and guest choreographer of Hessisches Staatsballett (Wiesbaden) and Shanghai Dance Company. In 2014 Xie Xin set up her own dance company and began her career as an independent artist. Her choreographic works have won numerous awards in China and abroad, including awards from Rome International Dance Competition, the Lotus Prize, the Hannover International Choreography competition, and the Beijing International Ballet and Choreography competition. Her work has been financially supported by the National Art Foundation, CFLAC Foundation and the Young Artists Platform of Dance.

“In Xie Xin’s works, I have seen a future that I haven’t found in the development of contemporary European dance, with extremely sensitive uniqueness” – Jorma Uotinen, Artistic Director of Kuopio Dance Festival

Tickets for Deluxe at Sadler’s Wells are available from www.sadlerswells.com and for the tour HERE