Broadcasting legend Danny Baker today announces a further 11 shows have been added to his ‘Good Time Charlie’s Back!’ UK tour, which he has vowed will serve as his last ever outing on the live stage. Following the success of the 2018 tour, additional shows have been added in York, Newcastle, Nottingham, London, Edinburgh, Glasgow, Aberdeen, Bradford, Stevenage, Liverpool and Stoke-on-Trent.

Danny says: “Many things in this life have three legs: races, milking stools, the Isle Of Man as well as me and my uncle Bert walking side by side (he’s an old Navy veteran). Tours too can boast this mighty triumvirate and thus my ‘Good Time Charlie’s Back!’ show reaches its explosive apogee. Coming to venues I haven’t previously had the honour of making my personal powerhouse, I hope you can fall in step with all the fun. Or in Bert’s case, hop along to. Because 3! It’s the magic number…”

The ‘Good Time Charlie’s Back!’ tour followed hot on the heels of Danny’s hugely successful and critically acclaimed debut tour ‘Cradle To Stage’, which played more than 50 dates across the UK in 2017

Danny Baker is a broadcaster and writer who has worked throughout print, television and radio for over 40 years. His recent bestselling autobiographies were adapted into the hit BBC series Cradle To Grave. He can be heard Saturday mornings with his multi award winning BBC Radio 5 Live Show which his includes his usual mixture of music, sport, guests and, of course, Danny’s signature encyclopaedic wit. 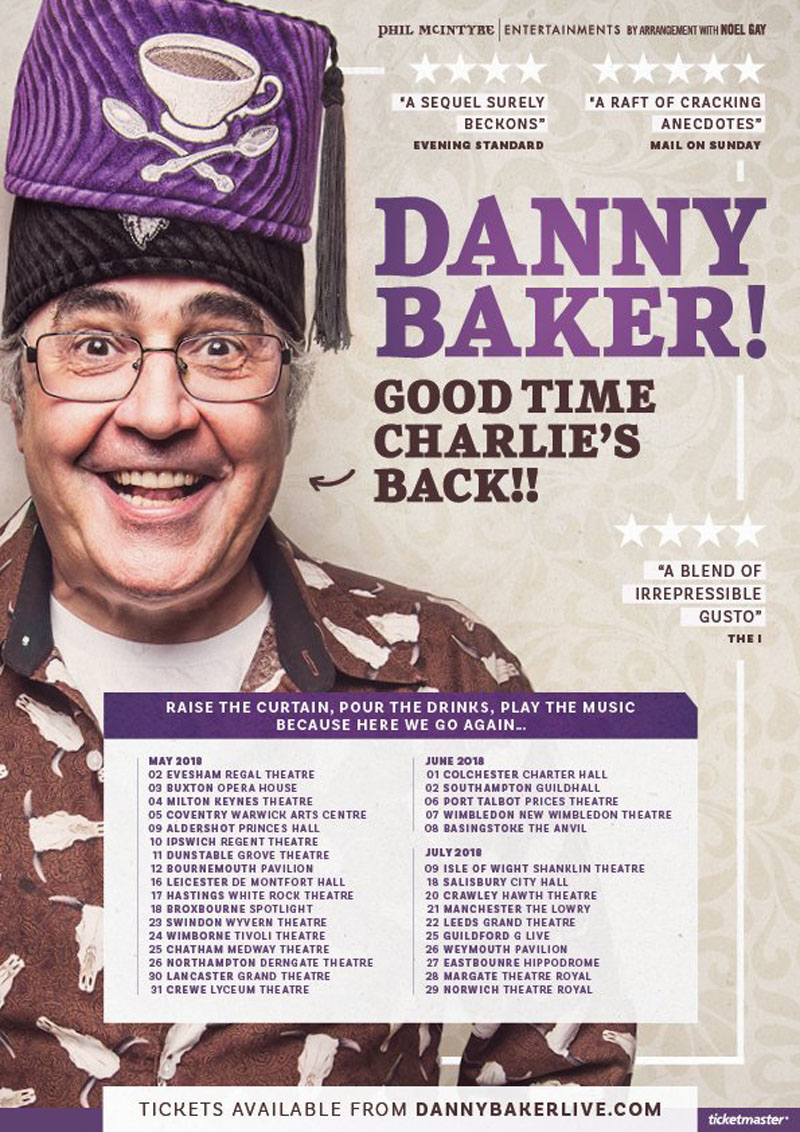