Best selling author Dr. Jordan B Peterson takes to the road with his latest tour, Beyond Order: 12 More Rules For Life Tour. Hitting the road, for performances throughout the U.K. including a string of headline shows kicking off in London on 16th September at The SSE Arena Wembley, with additional stops in Manchester and Birmingham before concluding the U.K. leg of the Beyond Order tour in Glasgow on 26 September.  Tickets go on general Friday 3 December at 10am via LiveNation.co.uk

TICKETS: Tickets on sale starting Friday, December 3rd at 10am local via LiveNation.co.uk

About Jordan Peterson:
Jordan B. Peterson has taught mythology to lawyers, doctors and business people, consulted for the UN Secretary General, helped his clinical clients manage depression, obsessive-compulsive disorder, anxiety, and schizophrenia, served as an adviser to senior partners of major Canadian law ﬁrms, and lectured extensively in North America and Europe. With his students and colleagues at Harvard and the University of Toronto, Dr. Peterson has published over one hundred scientiﬁc papers, transforming the modern understanding of personality, while his book Maps of Meaning: The Architecture of Belief revolutionised the psychology of religion. His book 12 Rules for Life: An  Antidote to Chaos was published in 2018 and has sold over 4 million copies internationally. The sequel, Beyond Order: 12 More Rules for Life, was released on March 2, 2021. 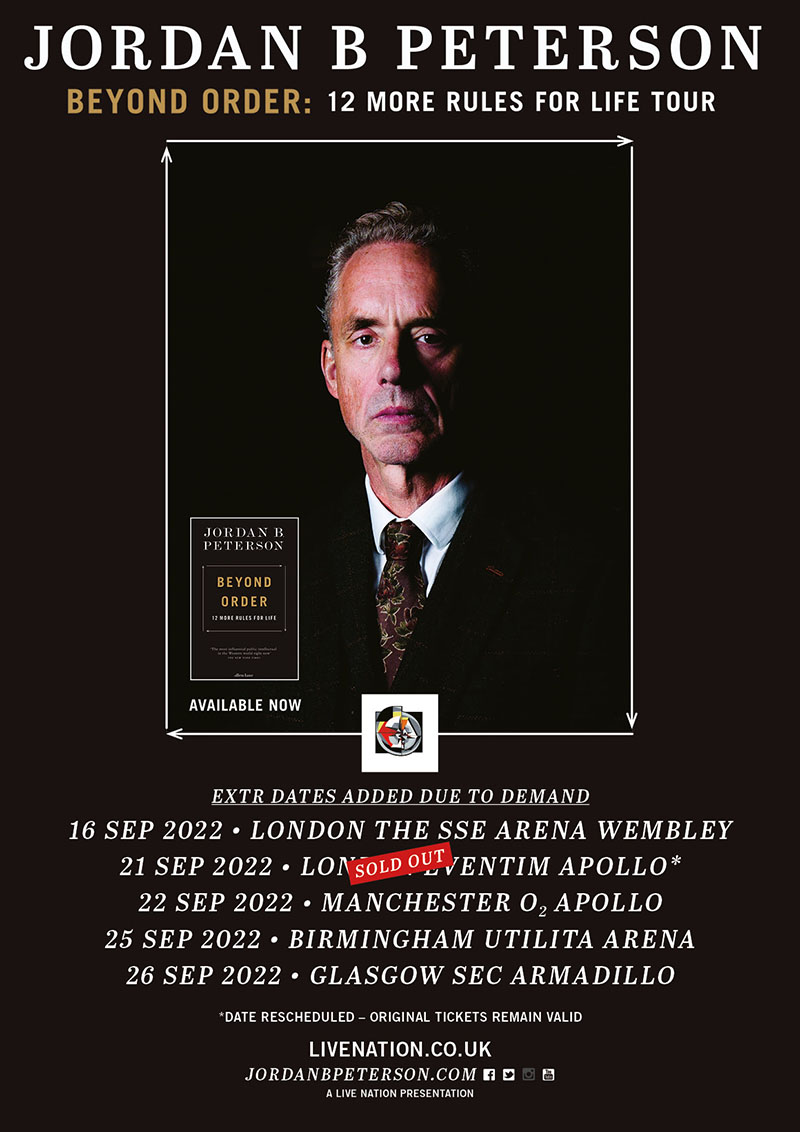