General Entertainment Associates in association with the European Space Agency (ESA) have  announced the U.K. and European touring dates for Space Station Earth, created by award winning composer Ilan Eshkeri. The European tour kicks off on 15th May 2022 at the prestigious  Royal Albert Hall and will then continue its space journey throughout Europe.

Space Station Earth is a music-led, multi-media experience that allows the audience to see  through the eyes of astronauts and to contemplate our planet, the stars, and the exploration of  the universe. Featuring no dialogue or narration, audiences can expect to lose themselves in  the extraordinary visuals and emotionally charged music and leave filled with awe and wonder.

The live performance takes audiences as close as possible to the unique world experienced by astronauts. In Space Station Earth, award-winning composer and show creator Ilan Eshkeri has  combined his exceptional compositions with film from astronauts aboard the ISS as well as  images from European Space Agency locations that have been filmed with unprecedented  access and cutting-edge techniques. This mostly never-before-seen footage will be projected  across three massive screens with a light show to create an incredible experience.

Humanity has long been fascinated by the universe beyond our planet. The few people that  have experienced a voyage into space often express a similar sensation: the realisation that we  are all travelling together through space and time on our own space station called Earth.

Speaking about the inspiration behind the show and his journey creating it, Ilan Eshkeri  commented, My music has taken to me to many unexpected and extraordinary places, but when  Astronaut Tim Peake got in touch to say he was a fan of my work a door was opened to one of  the most amazing and inspiring journeys of my life, the result of which is Space Station Earth.

There are so many facts and figures about travelling to the International Space Station, but no  one has ever told the emotional journey that astronauts go on. A journey that has startlingly  similar experiences for astronauts from all corners of the world, and it was this realisation that  inspired me to create Space Station Earth. 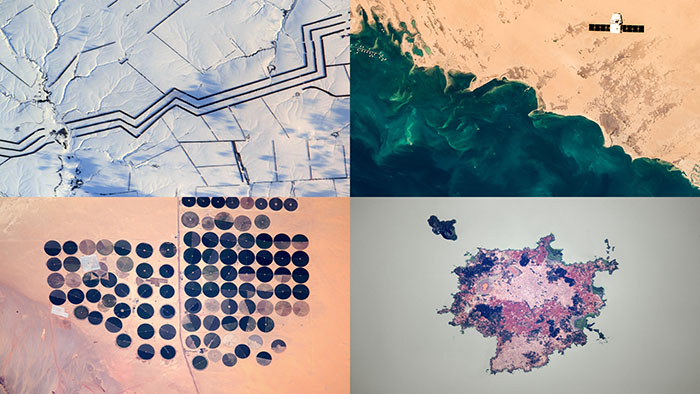 Deciding to direct the film element was ambitious for a composer. I had a sense of what I  wanted to achieve and an incredible team both on location and in the edit. ESA provided  unprecedented access, I got to see rocket launches, a zero-gravity flight, and a chance to get lost  in their video archive as well as the opportunity to get advice from ESA scientists and  Astronauts.

At the same time, I started creating the music with synthesisers. I spent a few days coming up  with different ideas then I started to add strings, brass, and choir to deliver the awe-inspiring  epic scale only an orchestra can.

Major inspirations were Kraftwerk, Jean-Michel Jarre, and Steve Riech as well as Koyanisquatsi,  2001: A Space Odyssey, and Fantasia.

With Space Station Earth, music, film and staging come together to create the visceral and  immersive experience of going to space and looking back at our home, a journey very few have  undertaken, communicated to the audience thorough pure emotion.

ESA astronaut Tim Peake said of Space Station Earth, There aren’t many words that can truly  describe the beauty of seeing Earth from space. But Space Station Earth attempts to do this,  using music and video, to capture the emotion of human spaceflight and exploration. Featuring  previously unreleased footage from ESA astronauts and accompanied by a live orchestra, the  show creates a unique experience, one that that celebrates space and unites the audience, just  as exploration unites humankind.

Space Station Earth will tour through the U.K. and Europe with special guest ESA astronauts who  will participate in a pre-show Q&A with Eshkeri. The inclusion of these real-life heroes will give  audiences the once-in-a-lifetime opportunity to hear the first-person accounts of the few  humans who have lived off the planet and how that has affected the way in which they  appreciate and understand the world.

Five partner Space Agencies worked together to build the International Space Station, which  now involves people from more than 15 countries, making it the world’s largest international  cooperative program in science and technology. It has been permanently occupied by people  from these different countries, working together for over 20 years. It is both a pinnacle of  human achievement and a beacon of hope that is a testament to what we can achieve when we  work together. 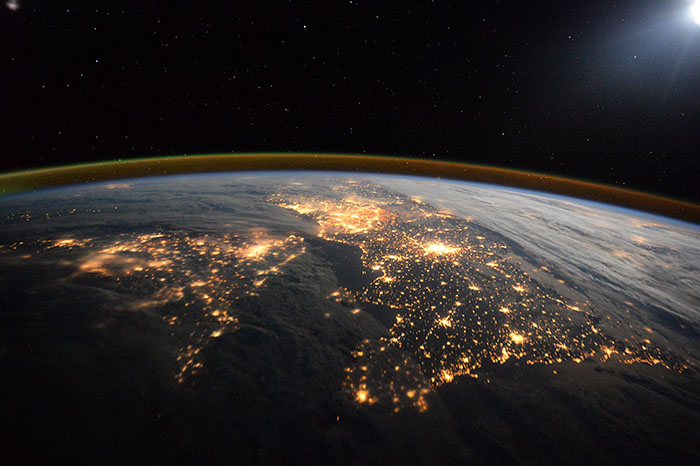