Jonathan Van Ness announces his 2019 U.K. & Ireland stand-up tour debut. Jonathan Van Ness’ ‘Road To Beijing’ U.K & Ireland tour will kick off in Dublin on 16 October 2019 and perform across the U.K. before wrapping on 19 October 2019 in Glasgow. Tickets go on general sale on Saturday 16 March at 10am at LiveNation.co.uk.

As the star of the Emmy-nominated web series Gay of Thrones, and the Emmy-winning reality show Queer Eye, Jonathan has become known in the entertainment industry for his fabulous, unstoppable energy. Now, he brings that energy to the stand-up stage, with an unforgettable live show, inspired by his current and ongoing attempt to become a figure-skating prodigy in time for the 2022 Winter Olympics in Beijing.

Tickets for Jonathan Van Ness’ ‘Road To Beijing’ U.K. Tour go on-sale to the general public on Saturday 16 March 2019 at 10am at www.livenation.co.uk/ 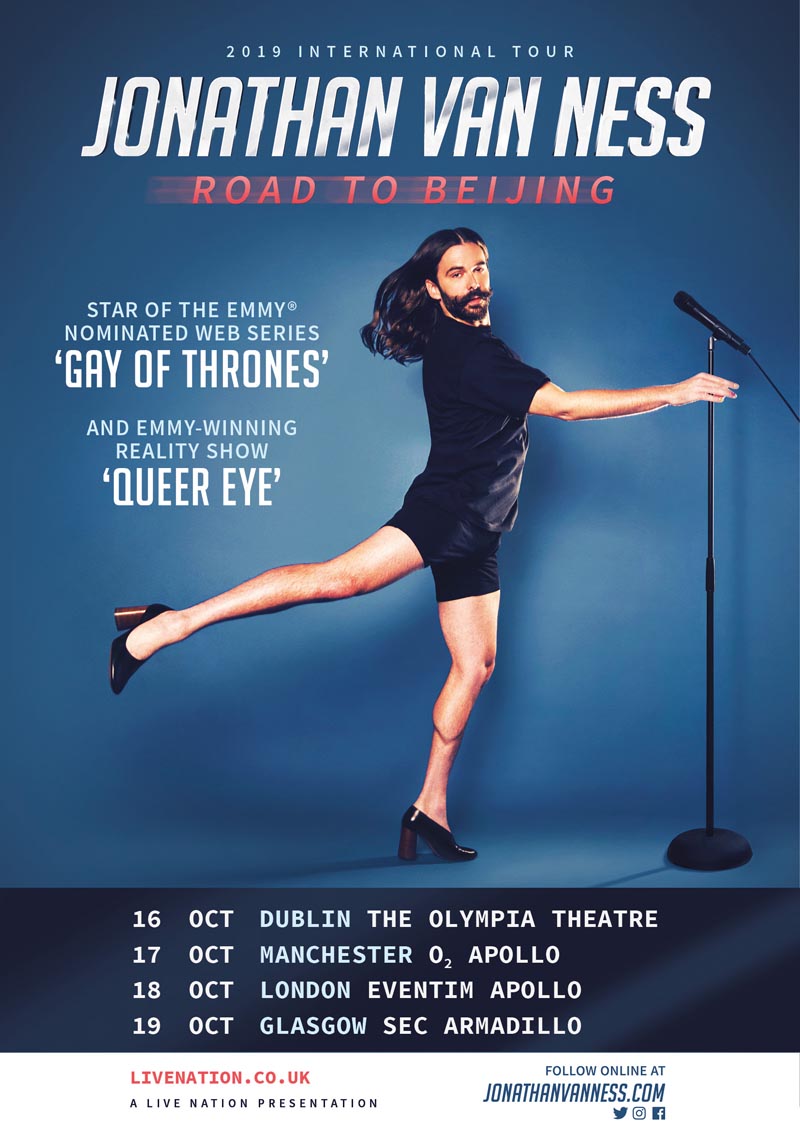