Bursting as the unrivalled home of new music discovery in 2019, Live At Leeds is once again primed to be a true hub for fans looking to discover their next favourite band or artist to soundtrack the months ahead. With some of the biggest and most exciting names in new music setting up shop across the city, Live At Leeds 2019 will prove why its award-winning reputation stands tall like no other – with even more favourites and exciting new names being announced today (6 March).

Leading the charge is BBC Sound of… nominees and live breakthroughs Sea Girls. Building up a word-of-mouth following across the UK over the past year, the four-piece are geared up for a mammoth year ahead, following on from the vast plaudits and sold-out shows up and down the land drawn in by their euphoric and earnest indie-rock. Soundtracking radio stations at every turn with cuts like ‘All I Want To Hear You Say’, ‘Open Up Your Head’ and ‘Call Me Out’ – their return to Live At Leeds is bound to be a moment not to be missed.

A guy who knows all about rising to the very top, Zac Farro will bring Halfnoise to Live At Leeds 2019 – with his own sublime sun-kissed pop echoing the shimmering sounds of his recent work in Paramore. Captivating and packed with energy, his appearance at the festival is bound to see roadblocks across the city – as is one of the most talked about punk bands of 2019 as The Murder Capital make their mark on Live At Leeds too. Without putting a single track out, the Irish blazers caused a mass stir with fans dying to see and hear what they’re bound to do – with debut cut ‘Feeling Fades’ cementing that standing as the arrival of a new force in guitar music. They’ll be joined on the bill by the volcanic riffs of Kent trio Lady Bird, who since releasing the mesmerising ‘Spoons’ on Slaves’ own record label have captured the attention of thousands with their unstoppable live power. Expect more of the same when they turn to Live At Leeds this May.

Seafret will return to Live At Leeds with their blissful cuts of stunning sound, promising to welcome in a new chapter for the Yorkshire duo. Gritty and undeniably raw, Hak Baker brings his open tales of modern life to Live At Leeds. With a distinct voice and his ability to meld incredible folk with potent lyrics on the hardships seen around him, tracks like ‘Like It Or Lump It’ and ‘Conundrum’ signal the arrival of a vital new voice in British music, and a definite must-see at the festival this year.

Leeds’ very own Menace Beach will return to Live At Leeds, fresh from the acclaimed release of latest album ‘Black Rainbow Sound’. Embracing a whirlwind of different sounds and thriving with creativity and a live presence that has seen thousands return again and again to see them, it’d bound to be a special homecoming for the duo. They lead a staggering array of local talent taking their spot at the festival, as Leeds showcases to the world the exciting and jaw-dropping music being created in the city. Renowned six-piece Team Picture will be making their anticipated next move of fizzing guitars and all-sweeping ease at Live At Leeds 2019, with the rapturously received Tallsaint guaranteed to stun with the sort of tender-pop that’s already making a mark across the UK and beyond. In addition joining the line-up are Dead Naked Hippies, punching their way into view with an unmistakable heavy-hitting set that’ll grab fans by the collar and dance in joy. Joining a who’s who of the best new music Leeds has to offer, it’s a showcase of a city overflowing with unbelievable new voices.

With 25 names joining the packed Live At Leeds 2019 lineup today, there’s a plethora of different genres and styles to try – promising something new and different around every corner. From the adored strains of BBC 6 Music favourites She Drew The Gun, rising pop wordsmith Orla Gartland, Manchester’s own The Lottery Winners or electronic mood-maestro Big Wild to the immediate kicks of Be Charlotte, the open voice of Oli Fox, the potent flows of the DJ Shadow-approved rapper Barny Fletcher and many more. Live At Leeds continue to add even more stellar names that fans will be talking about for months and years to come.

The starting-gates to the summer ahead, Live At Leeds 2019 soundtracks a city soaring with the best in new and now. 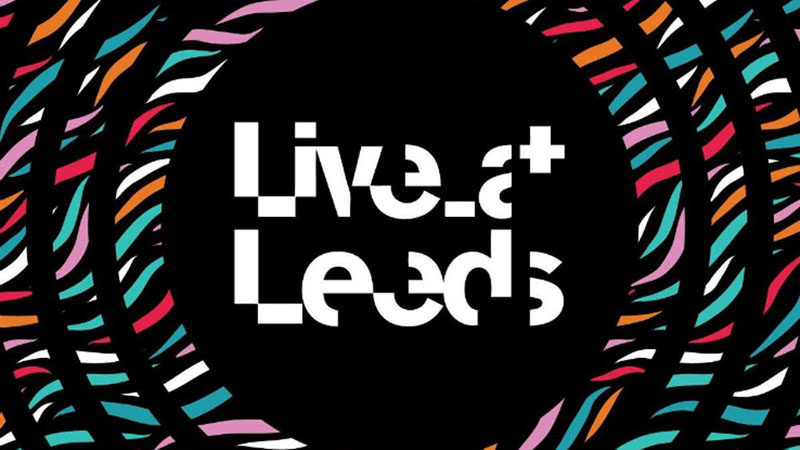