James McDonnell or, as rockabilly fans know him, ‘Slim Jim Phantom’ has spent the last month touring the length and breadth of the country with his band supporting goth-punk legends The Damned. Towards the end of the tour, TotalNtertainment sat down for ten questions with Slim Jim Phantom. Read on.

So, how has the tour been going with The Damned?

It’s been great, a lot of fun but I’m ready to go home at the same time. We’ve played a show every night for three weeks and there are three shows to go.

What do I miss about home? Well, it’s home. My house is there, my dog, my kids. This tour has been a lot of fun though and we got to play some places we have never been to before or at least haven’t been to in a long time so it was good to revisit them.

What will your lasting memory of this tour be?

The thing about a tour like this is we have nothing to sell. There isn’t any pressure, we’re just out having fun and everyone is being super nice. The backing band I have this time is the guys from The Pretenders. I’ve known Chrissie Hynde for forty years back when she came out to see the Stray Cats. Her band are rockabilly guys and they had some time so I was looking for a band and they offered to come out with me. It all worked out well because straight after this tour finishes, they’re going out on another big tour. So, I think my lasting memory will be finding this new band.

Well, we’ve got this massive rockabilly show in Las Vegas which could be the biggest rockabilly show ever. My daughter graduates from college in May so I’ll be going to that then it’s back to Europe for some shows then I’ll just spend the rest of the year doing stuff I like doing.

With a back catalogue going back to 1981 what has been your highlight?

I think the first Stray Cats record came out at the back end of 1980 in the UK but right at the very end. As for highlights there have been so many including the 1981 tour with the Rolling Stones, having a number one record in America, playing Us Festival with The Clash which was the last show they ever did.

You’ve been involved in the music industry for nearly forty years, how has it changed over the years?

You know what? I don’t think it has actually changed that much. It’s harder for bands to get a following these days for sure. When we first came out there was like five or six music magazines coming out a week and, for us, people like the Sex Pistols, Chrissie Hynde talked about us. Even the Rolling Stones came to see us in a club and, when that happens, then it became big news and all the papers and magazines were writing about the Stones going to some club to see this band. That doesn’t happen so much for bands these days.

Back in the 50’s/60’s, it was all basically producer songwriter stuff which, that part I think is still the same. I also think that, like now, not every band who made it was great some just got lucky. Not everybody was Elvis Presley or Buddy Holly or Aretha Franklin or The Beatles and that’s the same nowadays. You know that saying “the more things change…”, that pretty much sums it up. It’s just each generations view of things.

You’re touring with The Damned at the moment. Were they a big influence on you growing up?

I wouldn’t say an influence as such. Back then we were all listening to music and it was stuff like Gene Vincent, Buddy Holly and stuff like that but we also listened to stuff like The Clash, The Damned, the Sex Pistols. We knew we wanted to do something that was rockabilly but had that energy that bands like the Pistols showed.

We were looking up to people like Sensible, Matlock, Jones, Chrissie Hynde and we wanted to be part of that game.

I started out playing in school bands and stuck with it. Practising, getting better equipment, practising some more, getting better kit. I knew I wanted to be in that game and I knew I probably couldn’t play guitar or piano or sax but when I heard those songs on the radio and I heard the drums, I knew that was something I could do and wanted to be part of.

I would get records by The Stones, The Beatles, The Kinks and Aerosmith and I’d read the album liner notes. I’d also look at the credits and see names like B.Holly, C.Berry and wonder who they were. I then got the first Elvis record The Sun Sessions and realised he was rockabilly. The very next day I cut my hair, got the pants, the shoes, I became that kid.

How would you sum up your career?

Thank you for your time, it’s been great chatting to you. Curveball question, if someone could write a book about you, what would it be called? 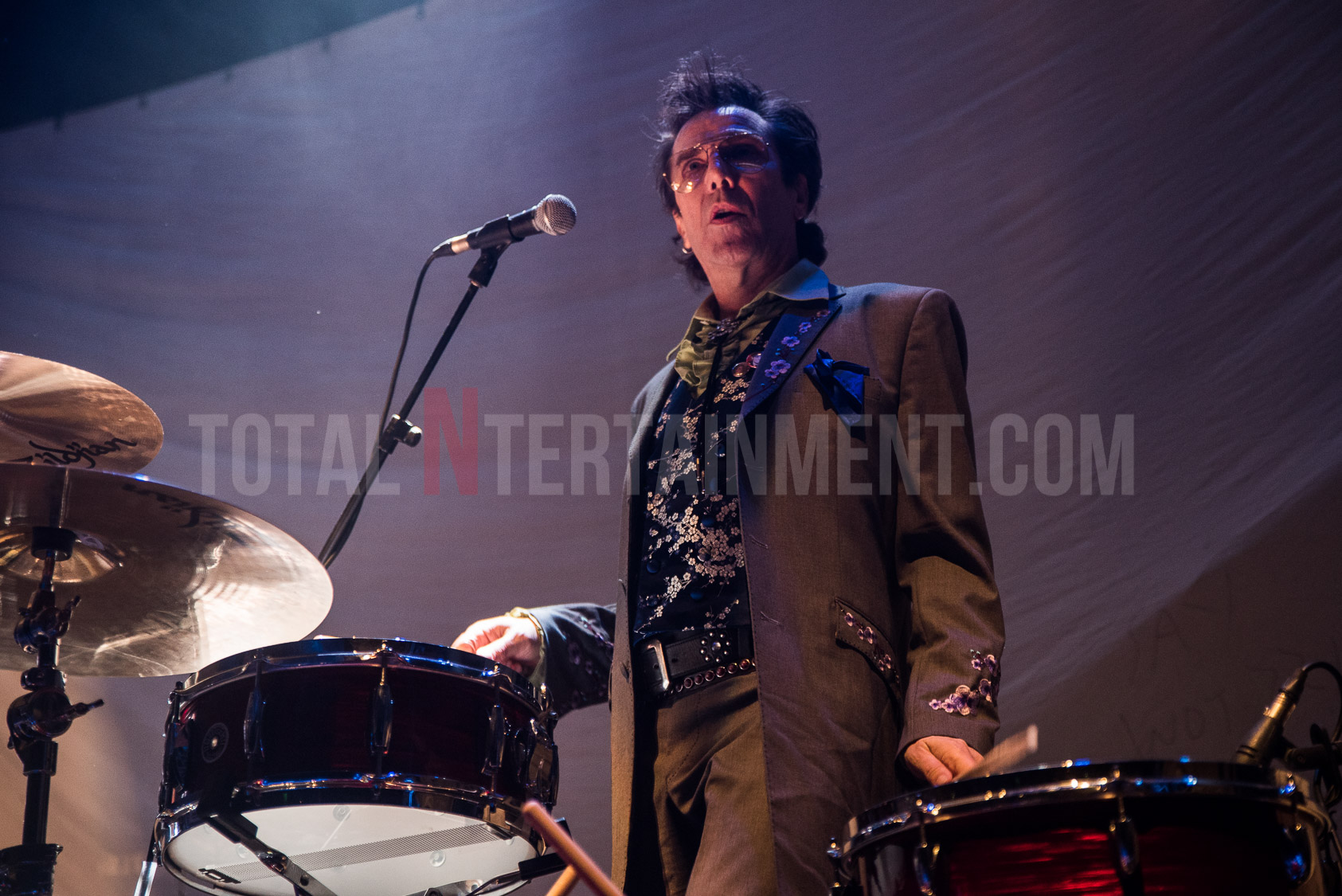