Continuing its reputation as one of the UK’s best loved music festivals, Kendal Callingcontinues to add even more exciting and diverse names to the bill for its unmissable weekend of music, arts, comedy, food and drink – this year revealing the festival’s dino-mite theme as Kendal Calling ‘Goes Jurassic’!

Heralded for its incredible comedy lineups, this year the inimitable Josh Widdicombe will headline Kendal Calling’s Soapbox Stage. Best known for his angelic curls and appearances on long-running Channel 4 series The Last Leg and newly launched show Hypothetical, the Devon-born comedian has spent the last 10 years making a name for himself on much-loved shows such as Mock The Week, QI, Live at the Apollo and Have I Got News For You… so much so that “it’s hard to flick through the television channels after 9pm and not find him on at least two of them” (said The i earlier this year). Hopefully there’ll be lots of Dave re-runs for those at home while Josh entertains crowds over the Kendal Calling weekend!

Also taking to the Soapbox Stage to get festival-goers giggling is American comedian and honeyed-toned philosophiser Reginald D Hunter. Renowned for his searingly honest material, Hunter is a panel show favourite, as well as recently selling out his season at the Edinburgh Fringe Festival, so we can’t wait for him to join us in the fields. Can he make you laugh? You bet Jurasshican!

All set in the incredible location of the Lake District’s Lowther Deer Park, this innovative, fan-focused, independent festival is renowned for more than just music and visitors will also enjoy four days of arts installations, comedy, cabaret, cinema, magic, gourmet food and real ale all within the confines of what is surely the most beautiful festival site in the UK, with lots more entertainment for all the family still to be announced. 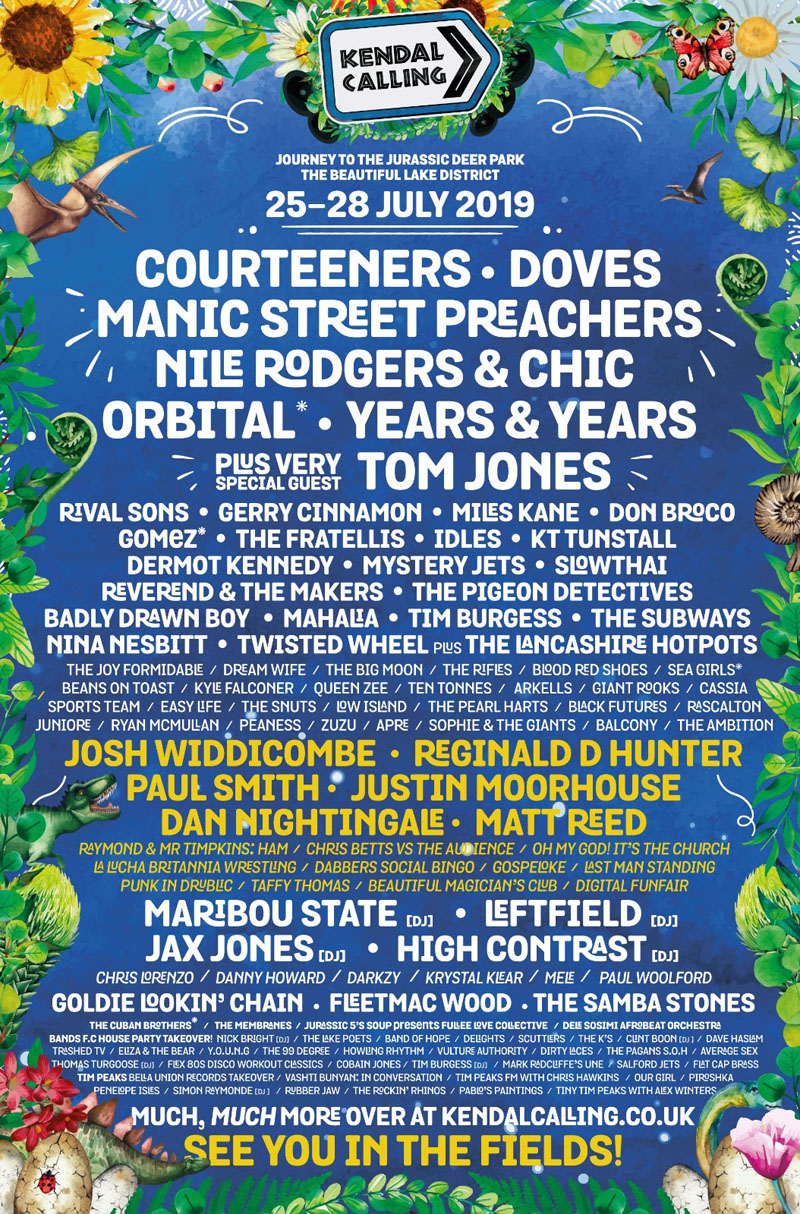