After selling out for thirteen years in a row, the UK’s most picturesque festival announces another huge lineup for 2019. Courteeners, Doves, Manic Street Preachers, NileRodgers & Chic and Orbital will headline a four-day weekend of music, arts, comedy, food and drink in the Lake District’s Lowther Deer Park between 25th – 28th July.

The impressive list of acts set to grace the lakes continues with the likes of Tom Jones, Years & Years, Gerry Cinnamon, Miles Kane, The Fratellis, Gomez, Kt Tunstall, Mystery Jets, The Subways and Nina Nesbitt, whilst over on the Glow Stage Leftfield[DJ Set], Maribou State and High Contrast [DJ Set] have also been revealed.

Extending beyond the headliners is a line up filled with a broad range of genres, including an impressive crop of female fronted guitar-driven bands such as The Joy Formidable, The Big Moon, Dream Wife, Blood Red Shoes and Zuzu. Some of the most hyped and exciting new talent for 2019 will also be making appearances across the festival’s nine stages, including rising British rapper Slowthai, Bristol’s punk rock masters IDLES, Glaswegian singer-songwriter sensation Gerry Cinnamon and the hotly-tipped indie six-piece Sports Team.

Set in the incredible setting of the Lake District’s Lowther Deer Park, this innovative, fan-focused, independent festival is renowned for more than just music and visitors will also enjoy four days of arts installations, comedy, cabaret, cinema, magic, kids’ entertainment, gourmet food and real ale all within the confines of what is surely the most beautiful festival site in the UK.

Kendal Calling has firmly established itself as one of the undisputed highlights of the increasingly busy summer calendar, regularly picking up a awards including UK Festival Awards’ Best Medium Festival in 2016 and Marketing Campaign of The Year in 2018.

Tickets always sell out for the festival well in advance so fans are urged to get their tickets now to avoid disappointment. See you in the fields! 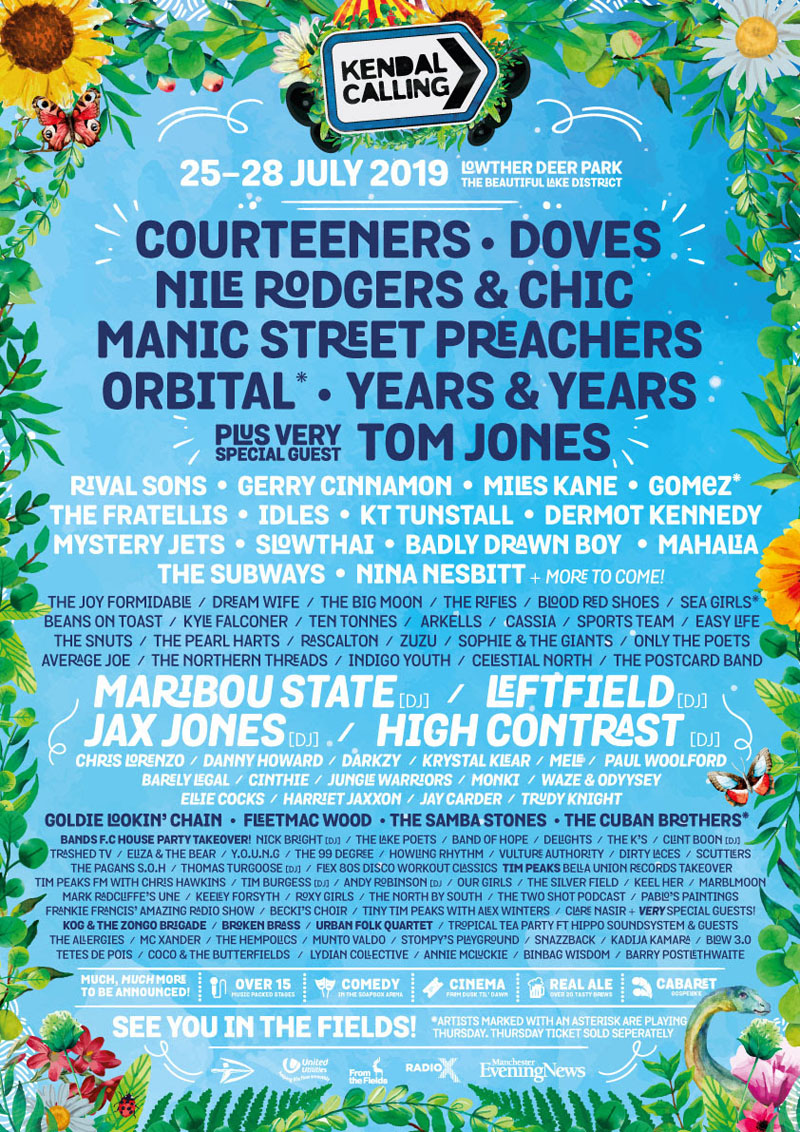