It is hard to believe that is 20 years since Steps first entered the charts with 5, 6, 7, 8. However, on a cold, damp winters night, thousands of Steps fans of all ages, headed into the Echo Arena for a sold out event. For the next two hours the audience danced and sang their way through not only some of their newer hits but also many songs from their back catalogue of hits.

They put on a dazzling and impressive production. There were dancers, several costume changes and set changes. Despite being out of the spotlight for many years to pursue their own directions after a less than amicable split, Steps proved they are a force to be reckoned with and are back better than ever. To their hardcore fanbase it almost feels like they have never been away.

There were sequins, fringing, cowboy hat and boots, wedding dresses, confetti, pyro, and smoke. Opening the show, torch bearers walked through the crowd carrying flaming torches and shrouded in long capes before Steps appeared amongst them all on stage in red PVC outfits. Singing their latest hit “Scared of the Dark” followed with “Deeper Shade of Blue” & “Chain Reaction” the audience were soon on their feet singing their hearts out. Some of them had also clearly learnt every dance move to every song.

Claire welcomed the band to Manchester and then to the amusement of the others, realised her faux pas, and quickly corrected it to Liverpool. The evening progressed with several medleys while screens at the back of the stage projected a much younger Steps from back in the day. They talked about motherhood and their families, and how a chance show last year very quickly snowballed and  turned into a nationwide arena tour.

The unlikely return of the poptastic five piece, ended the night with a specular finale of Tragedy. Then sadly after two hours of non stop partying it was all over for this enthusiastic Liverpool crowd. 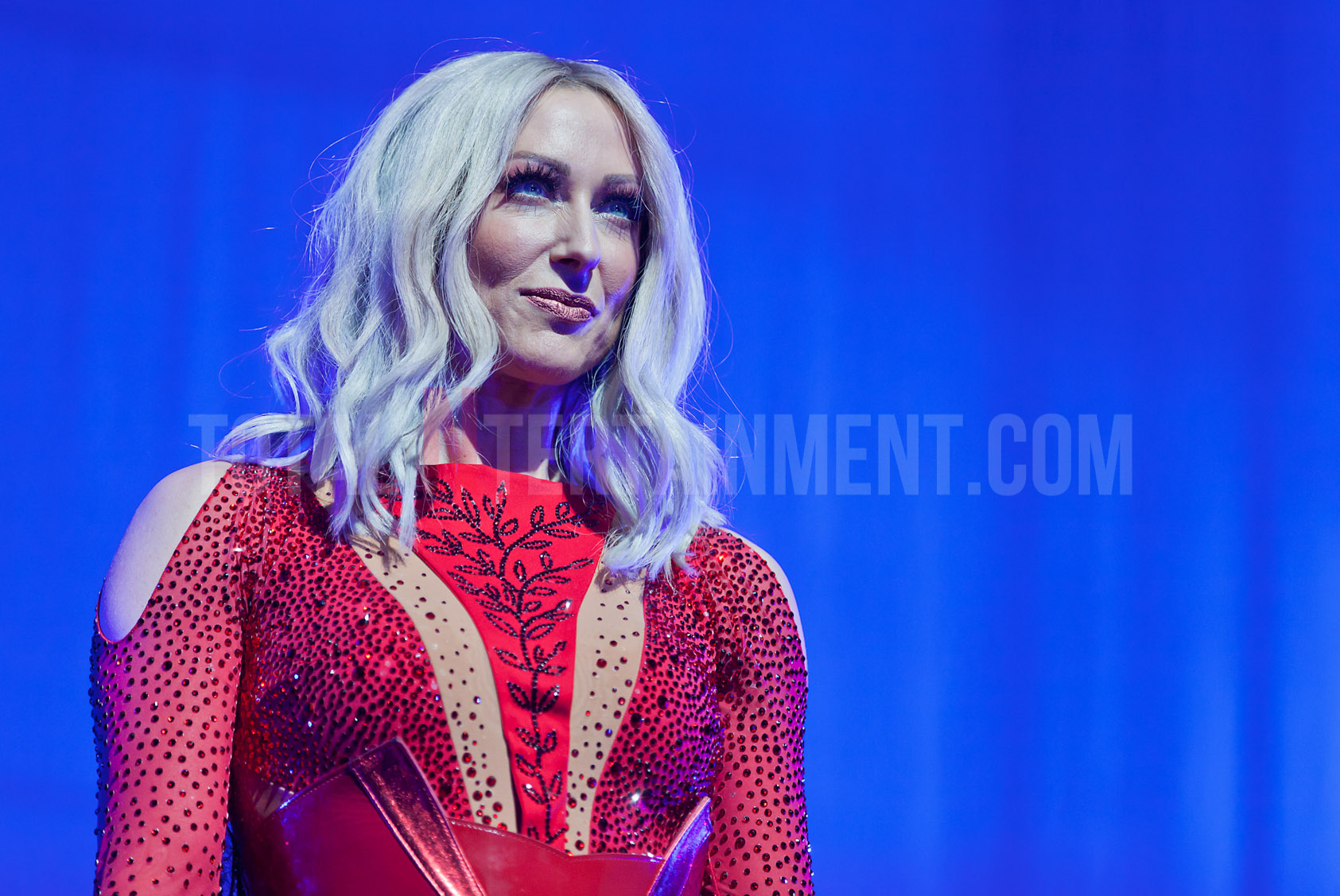 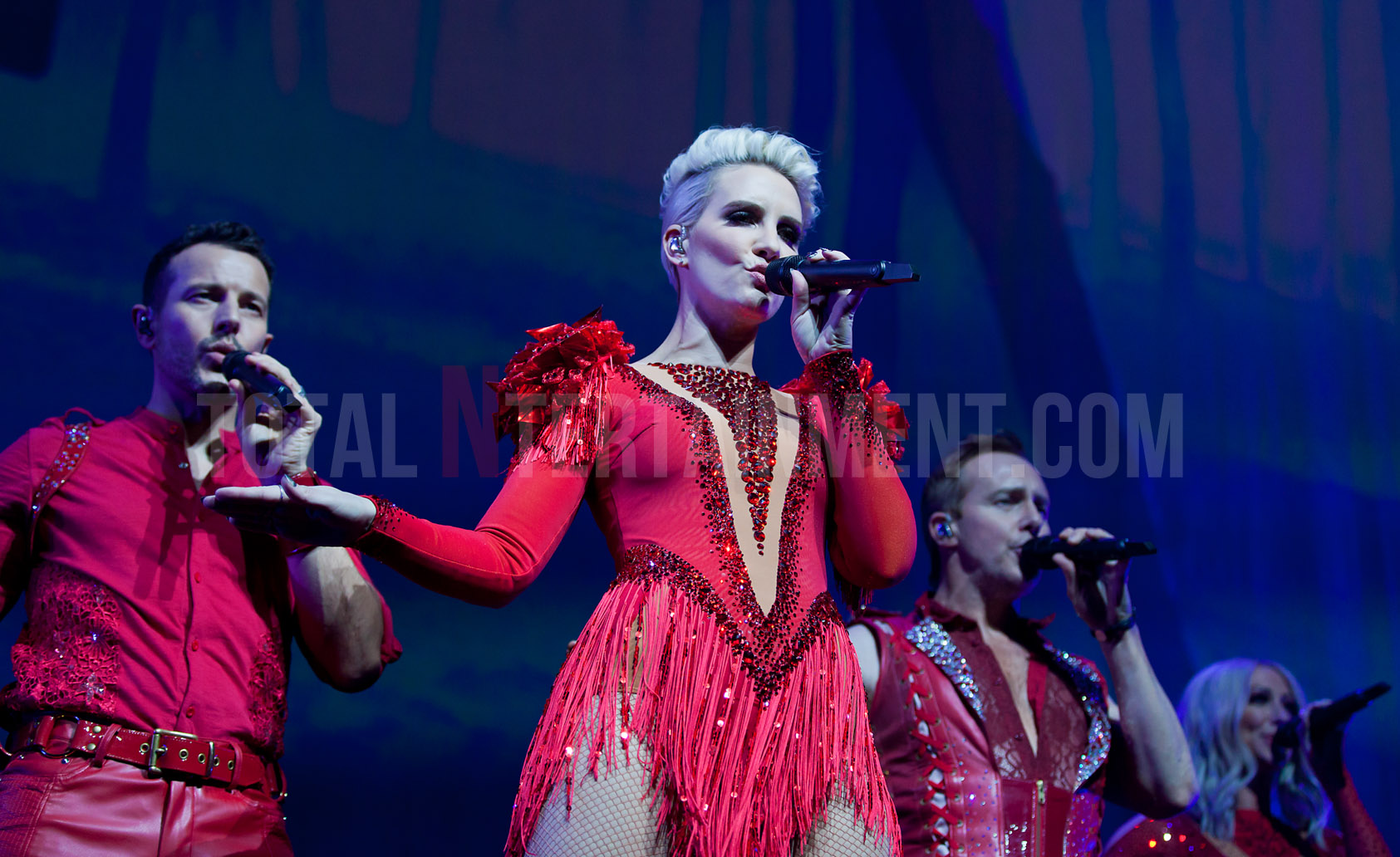 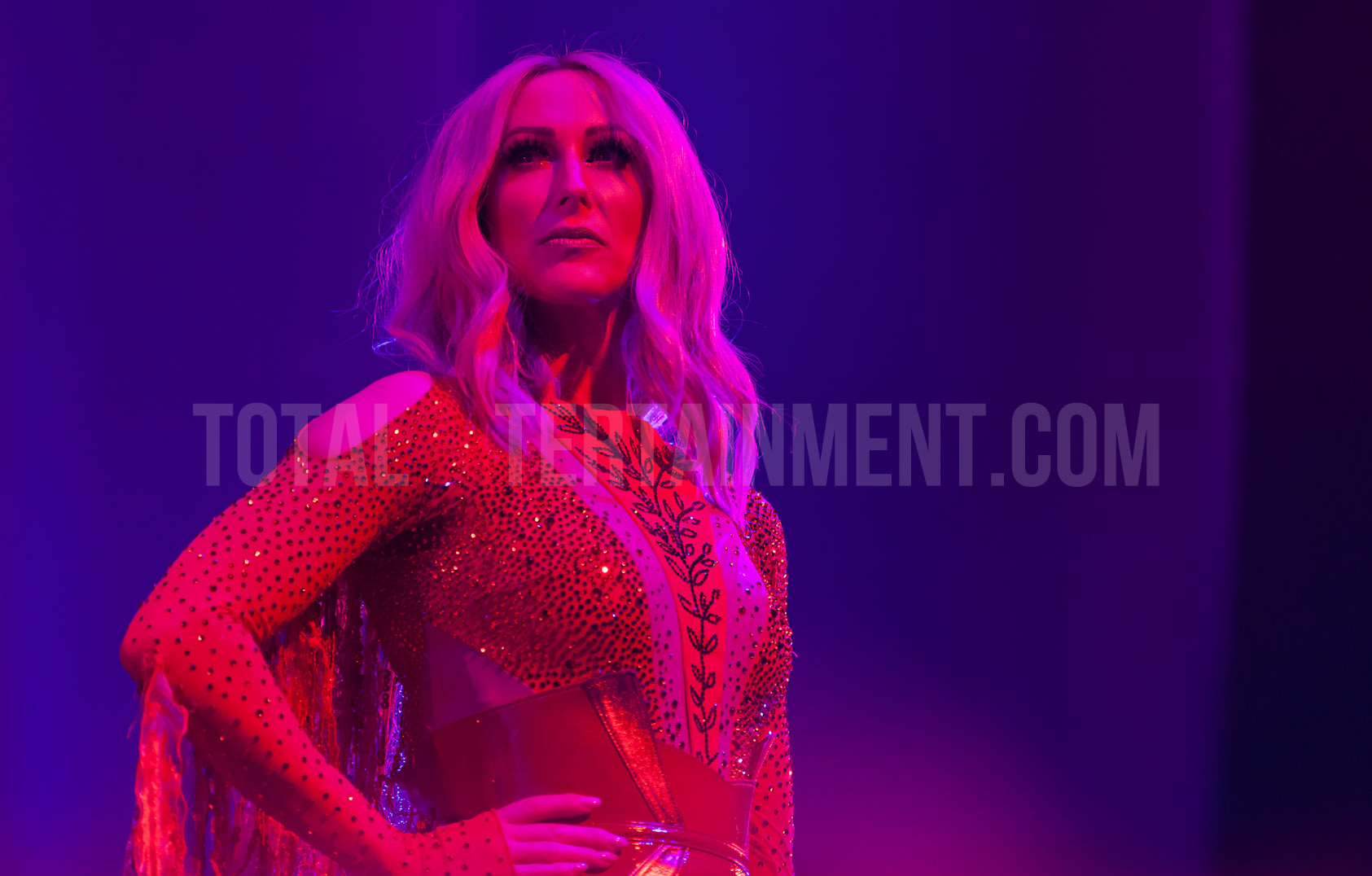 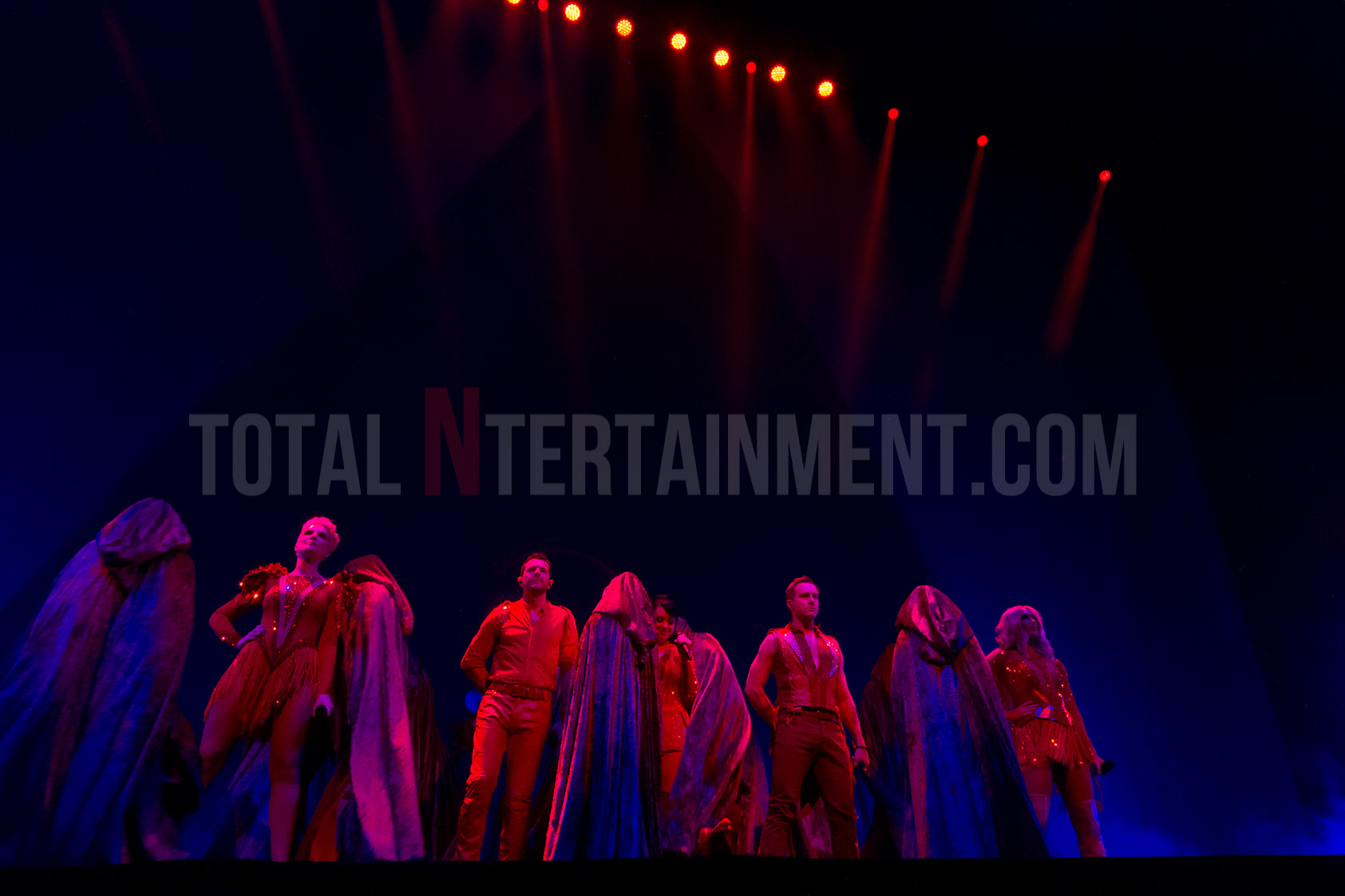 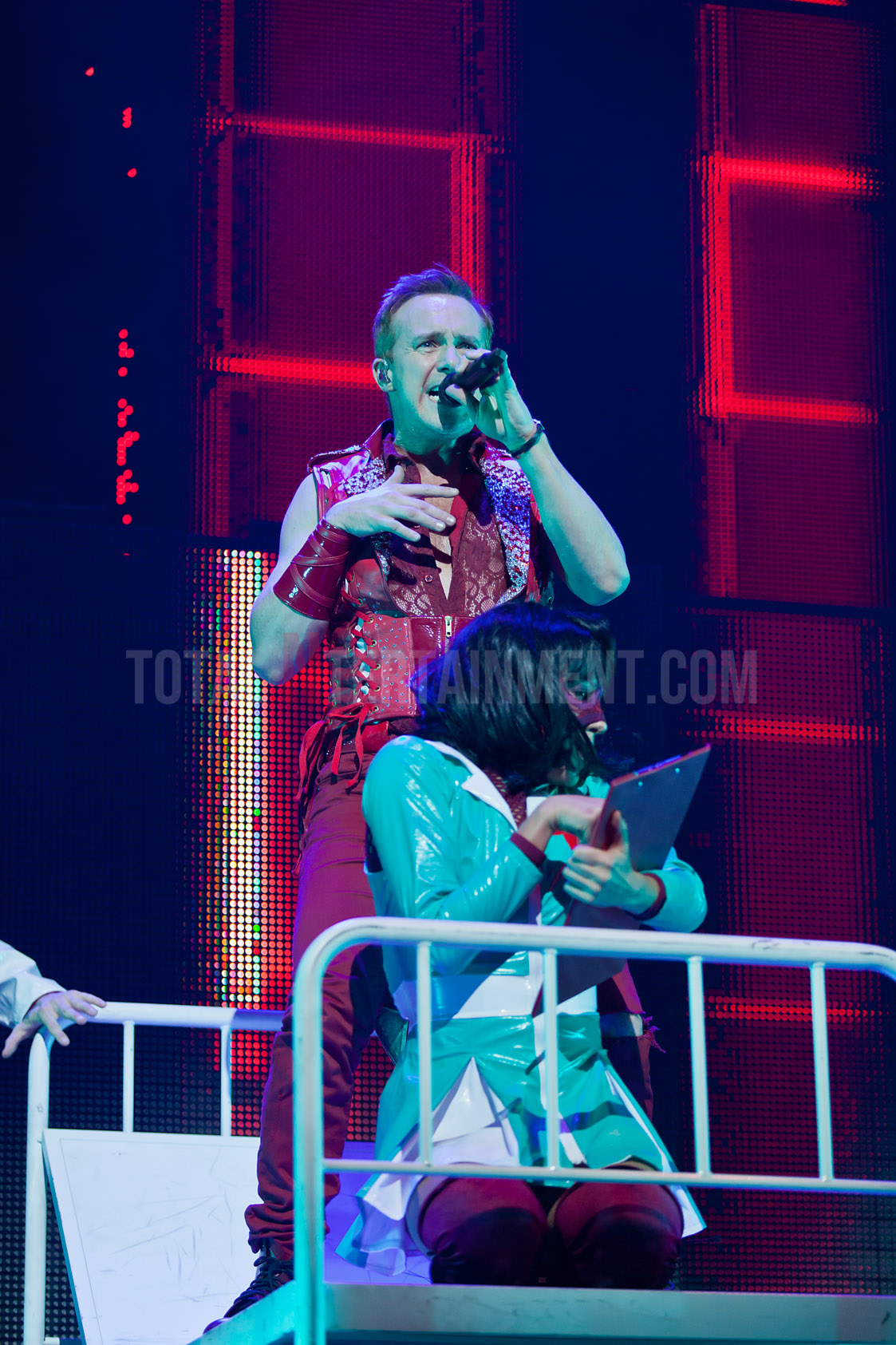 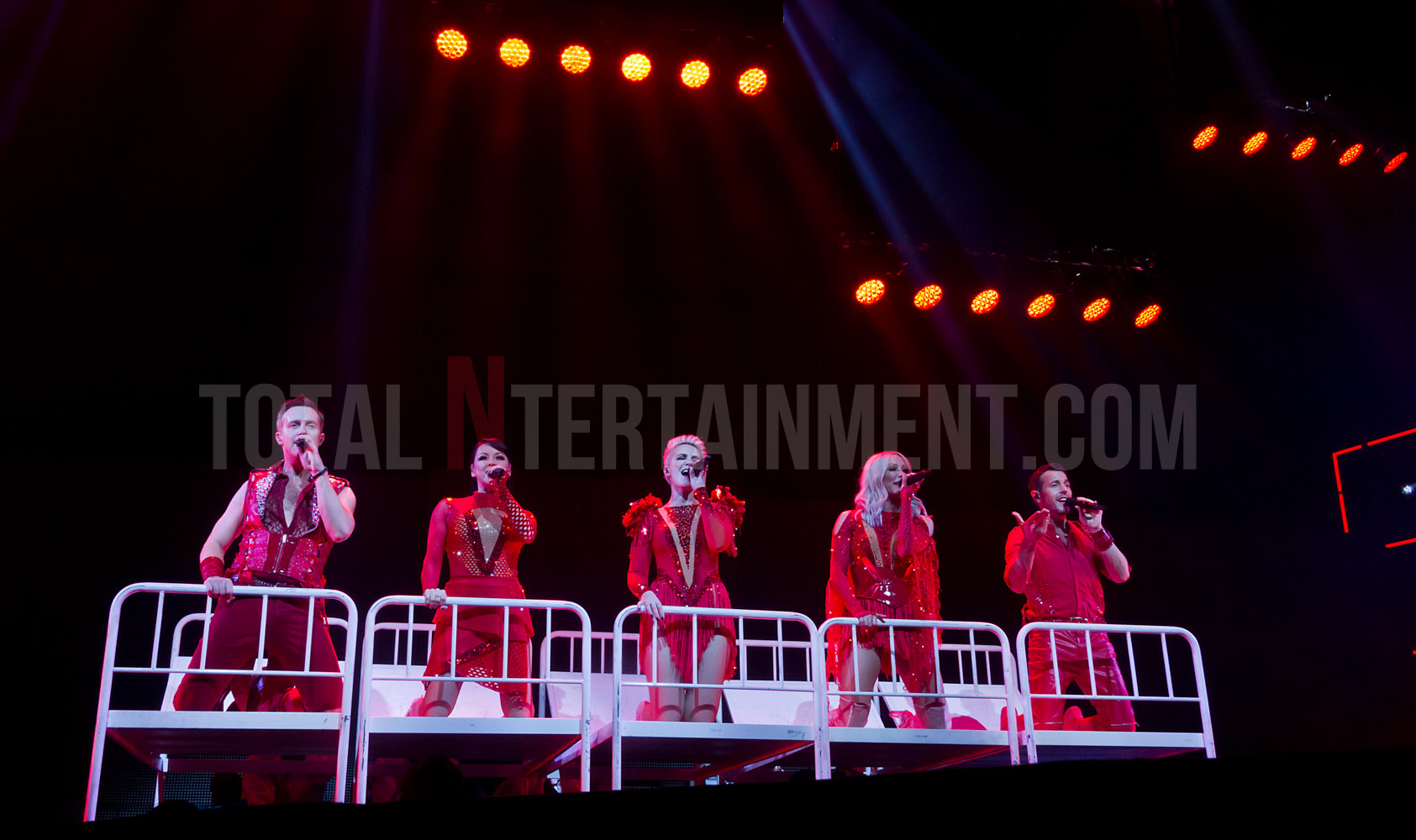 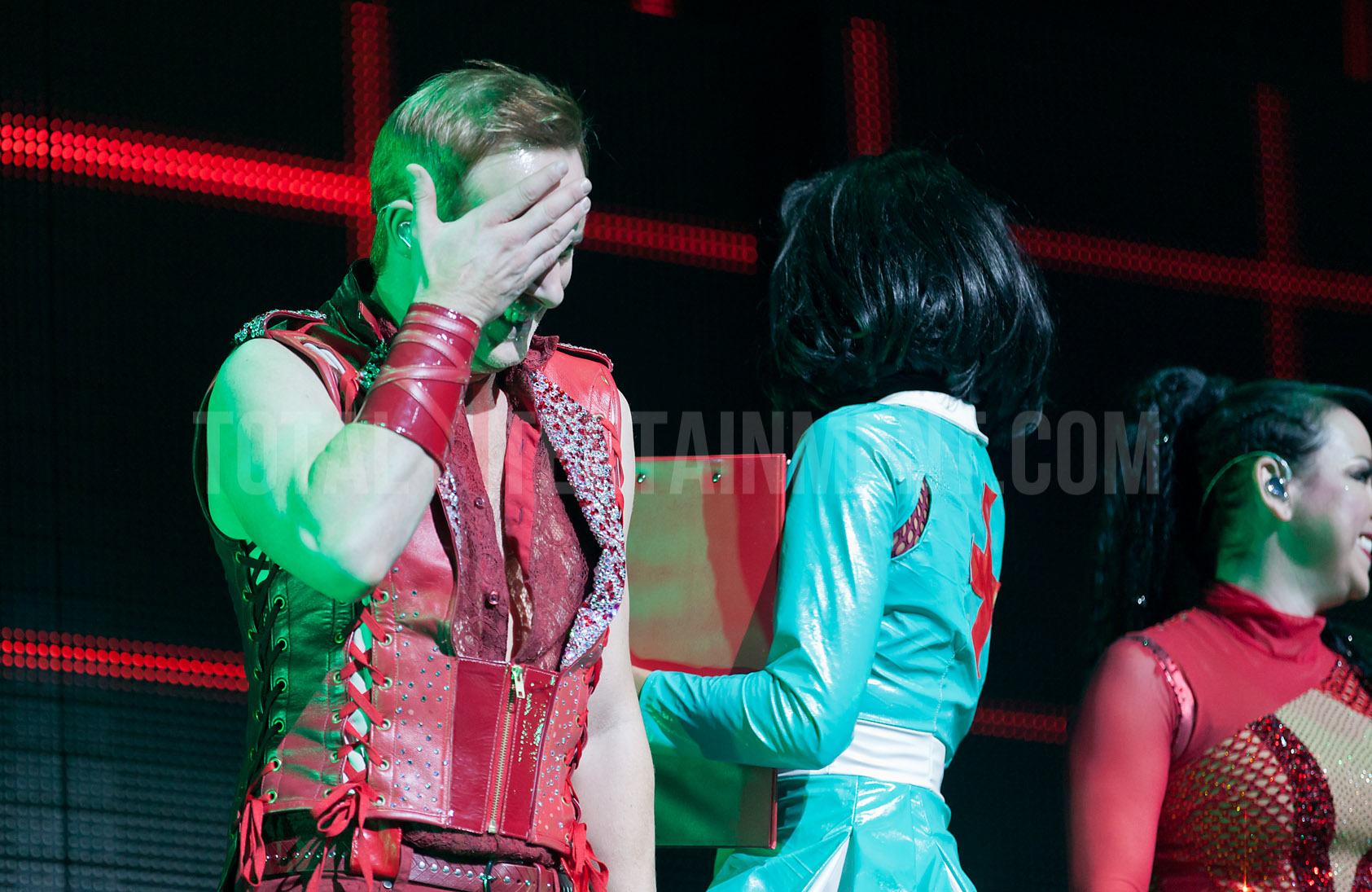 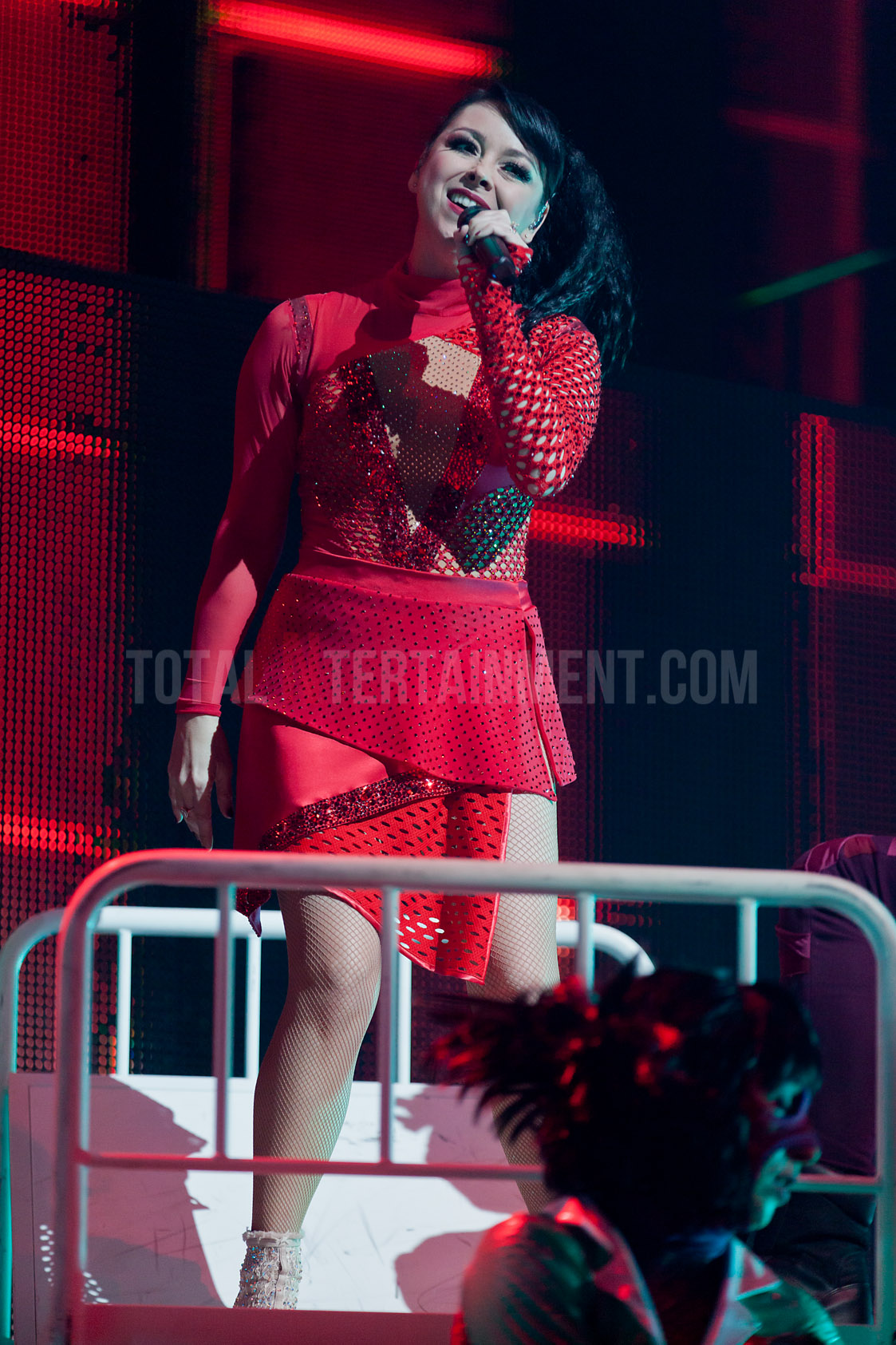 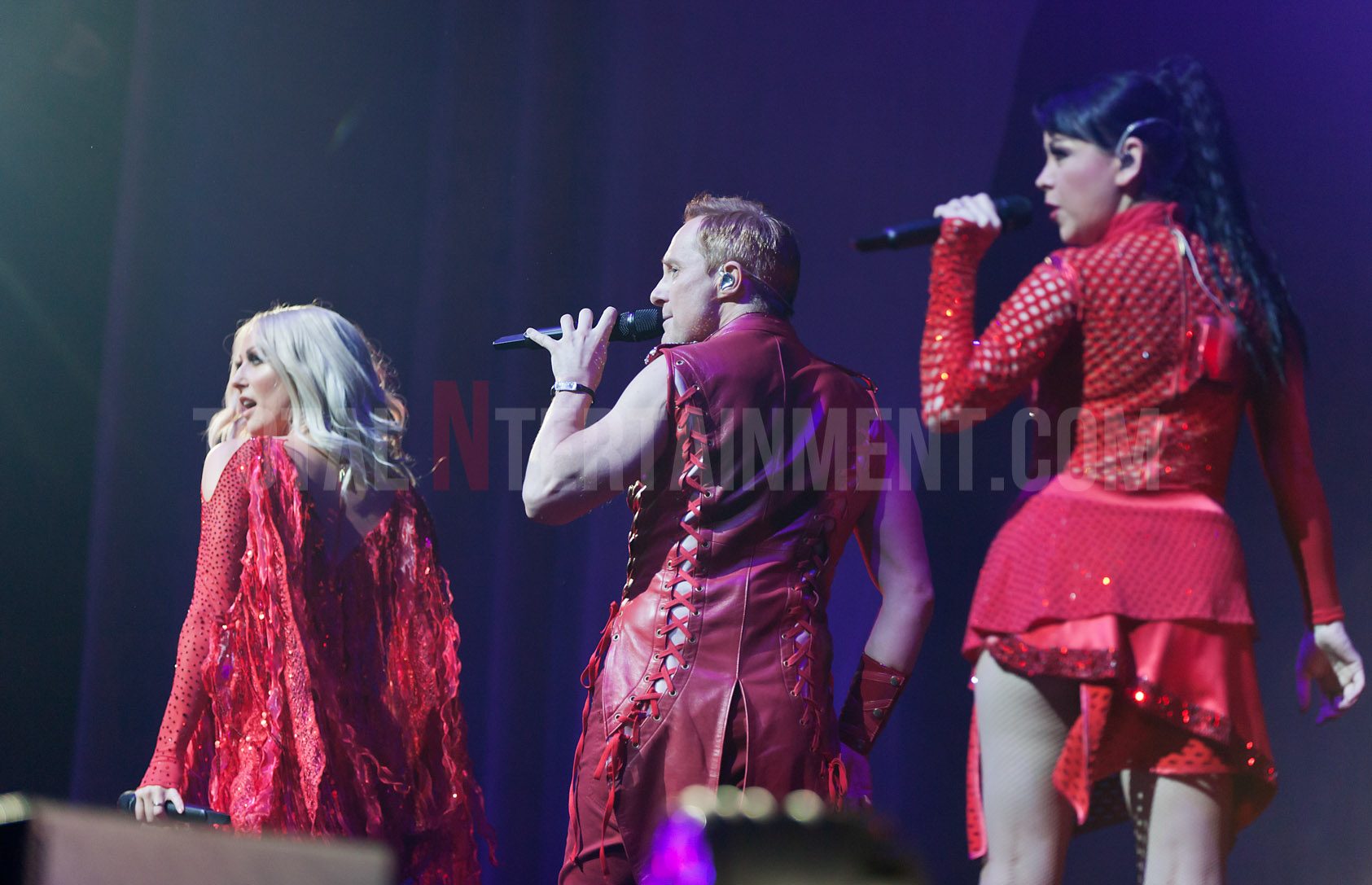 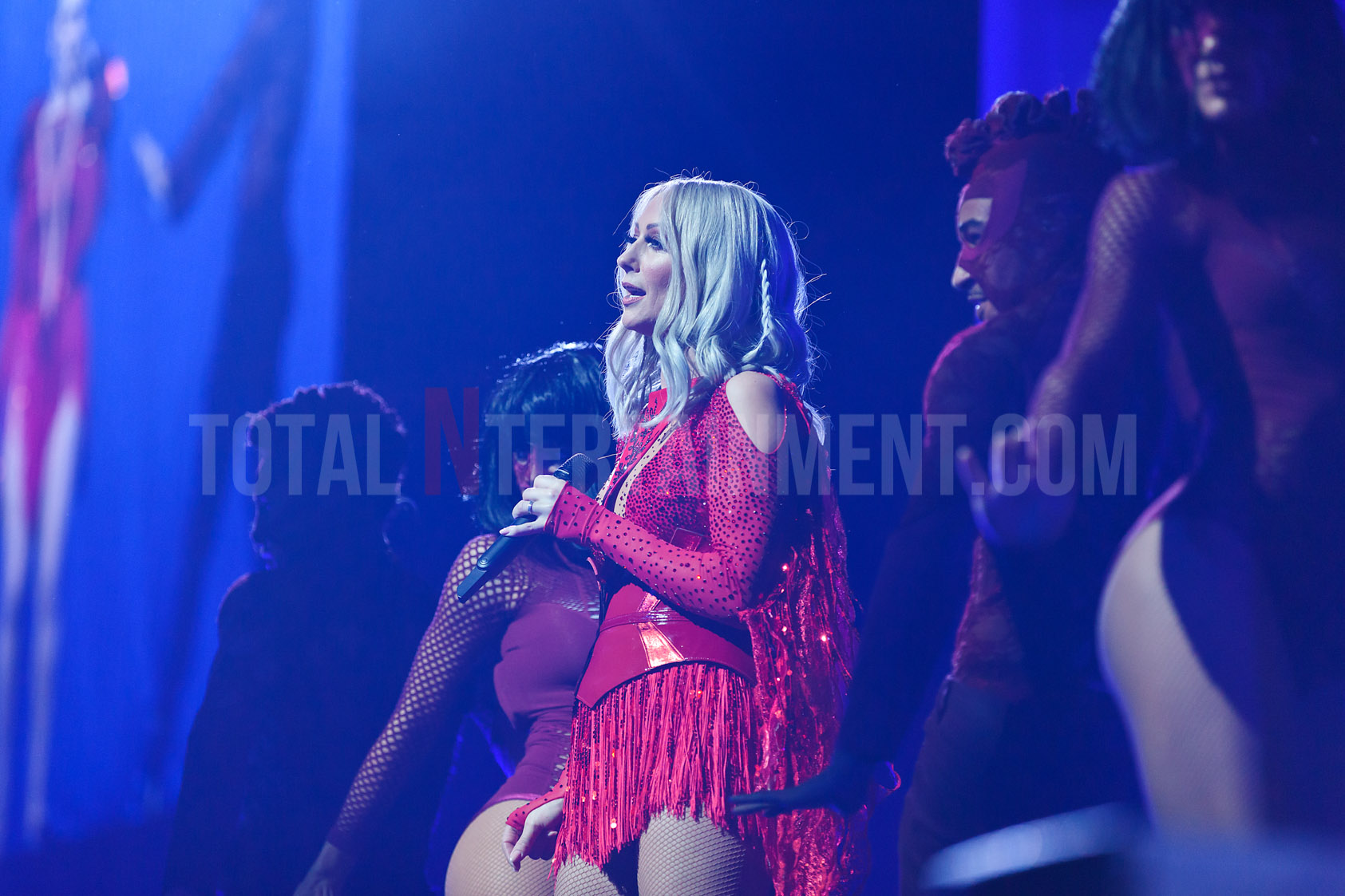 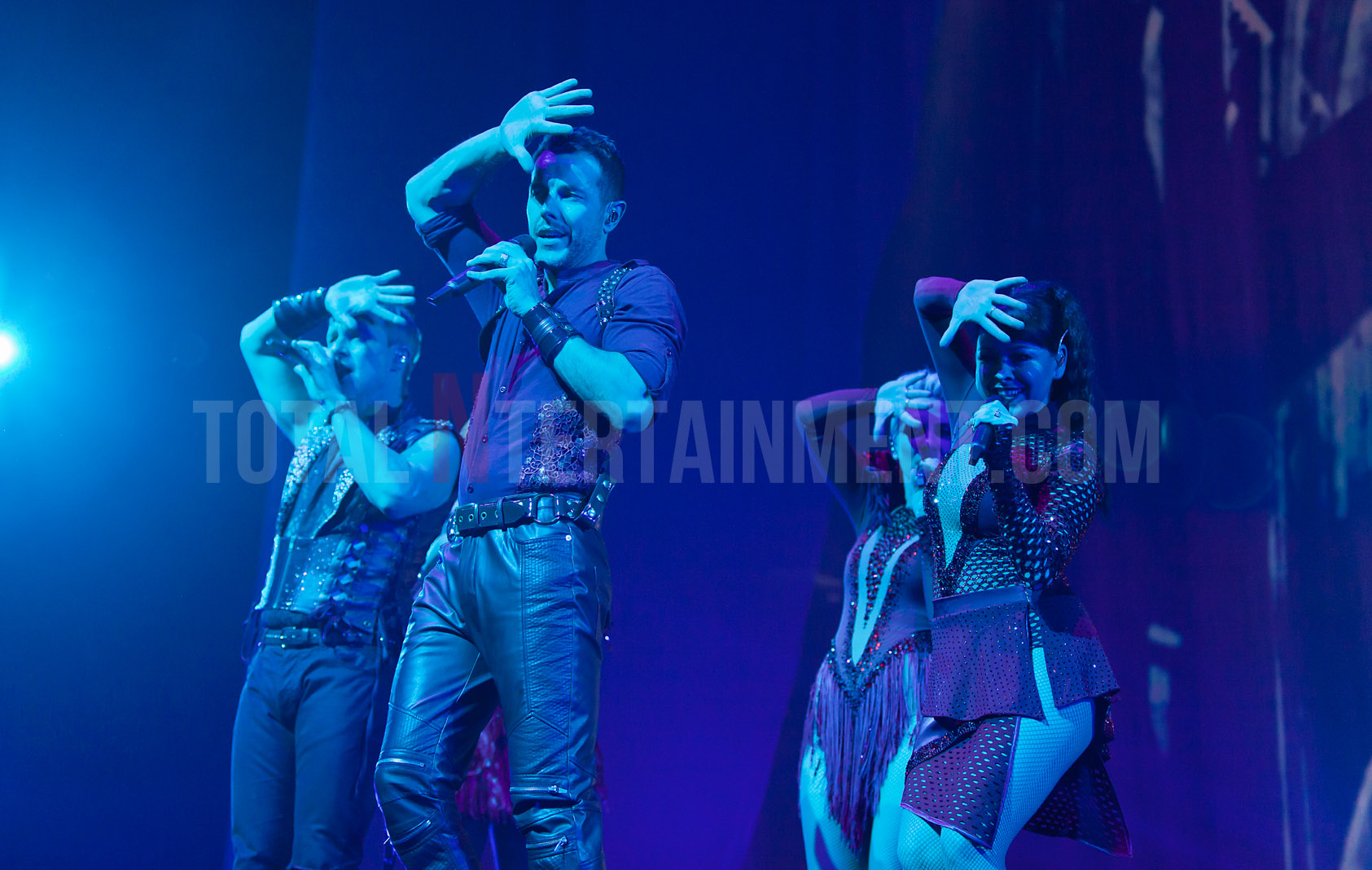 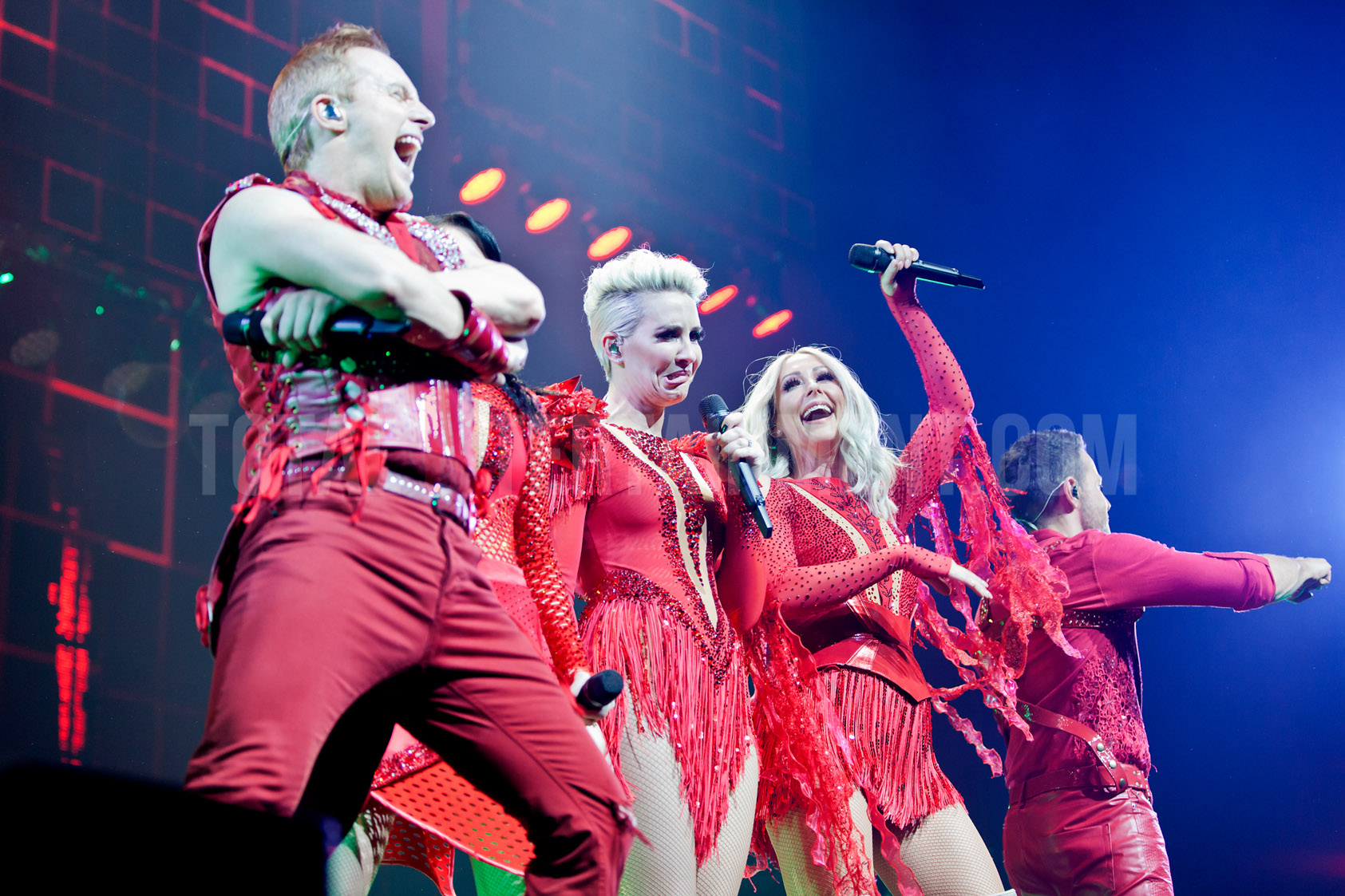 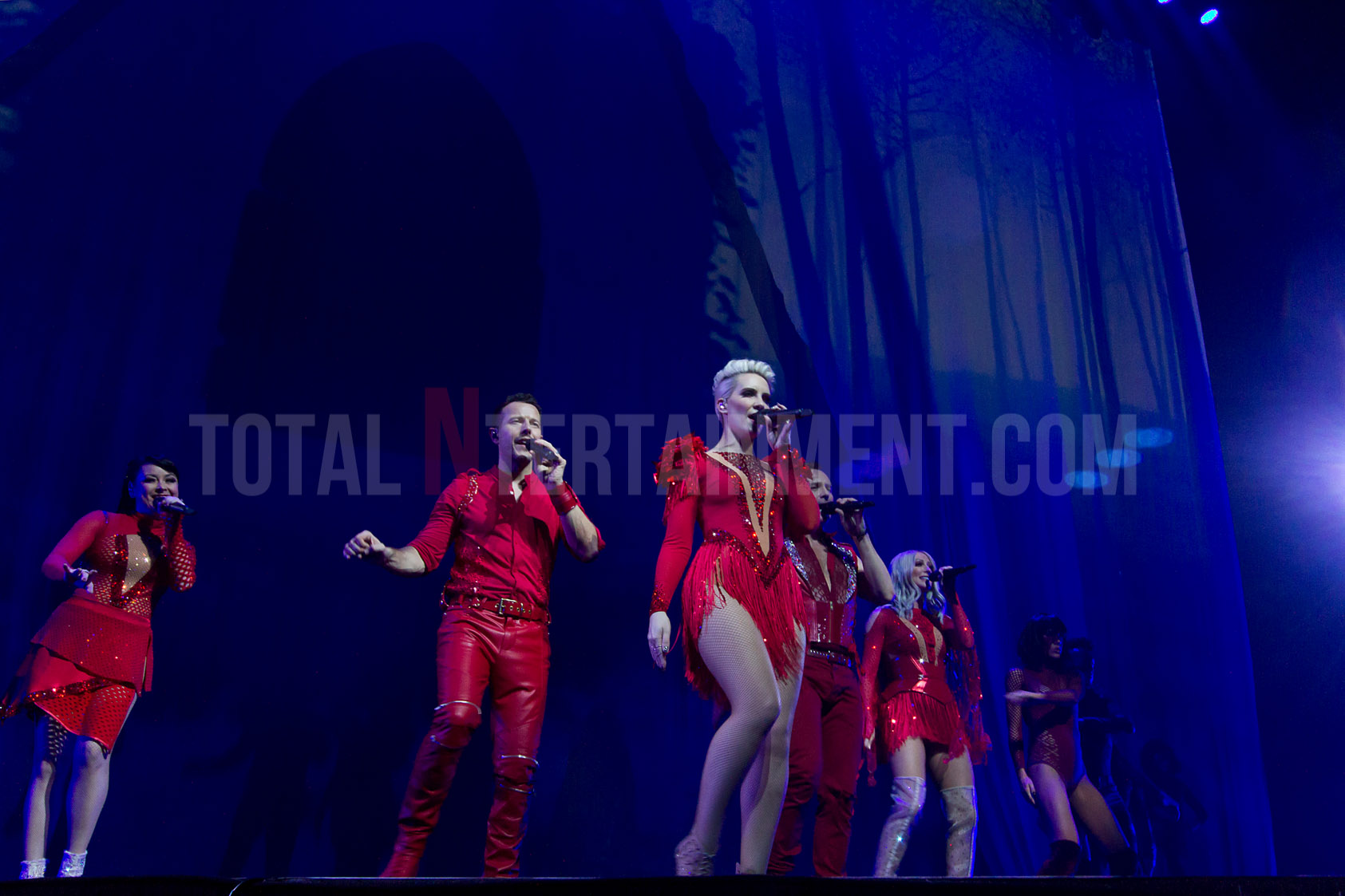 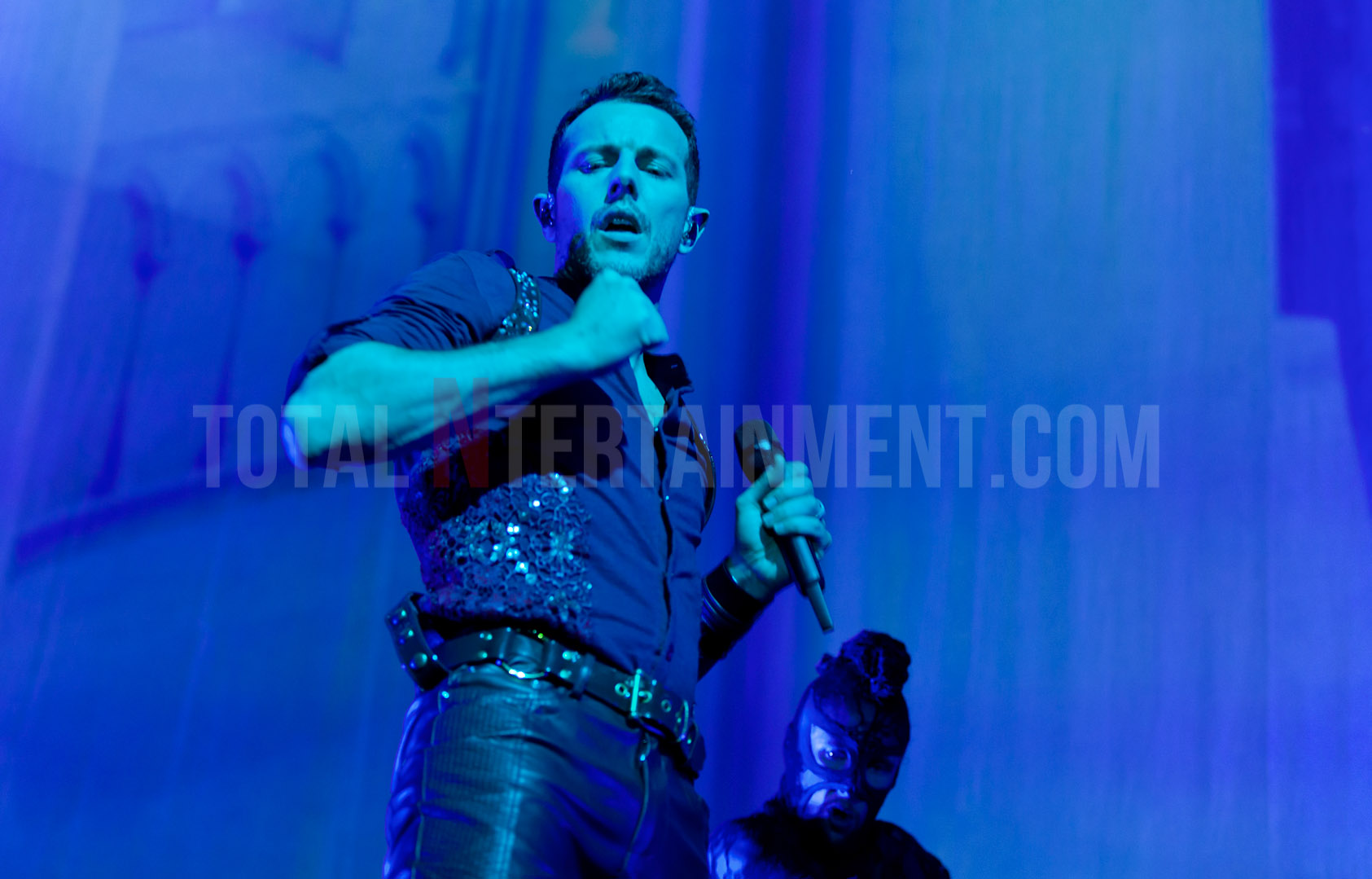 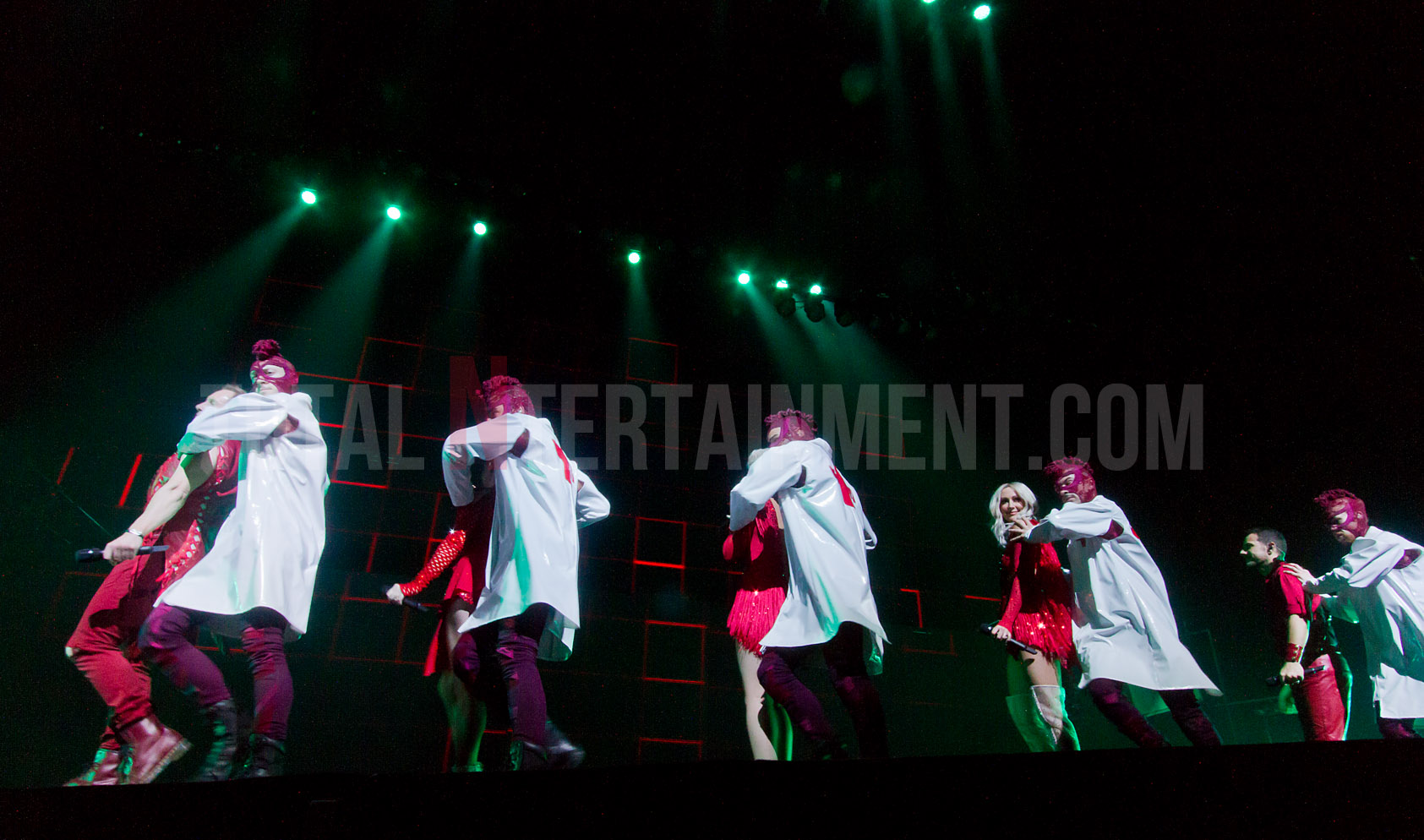 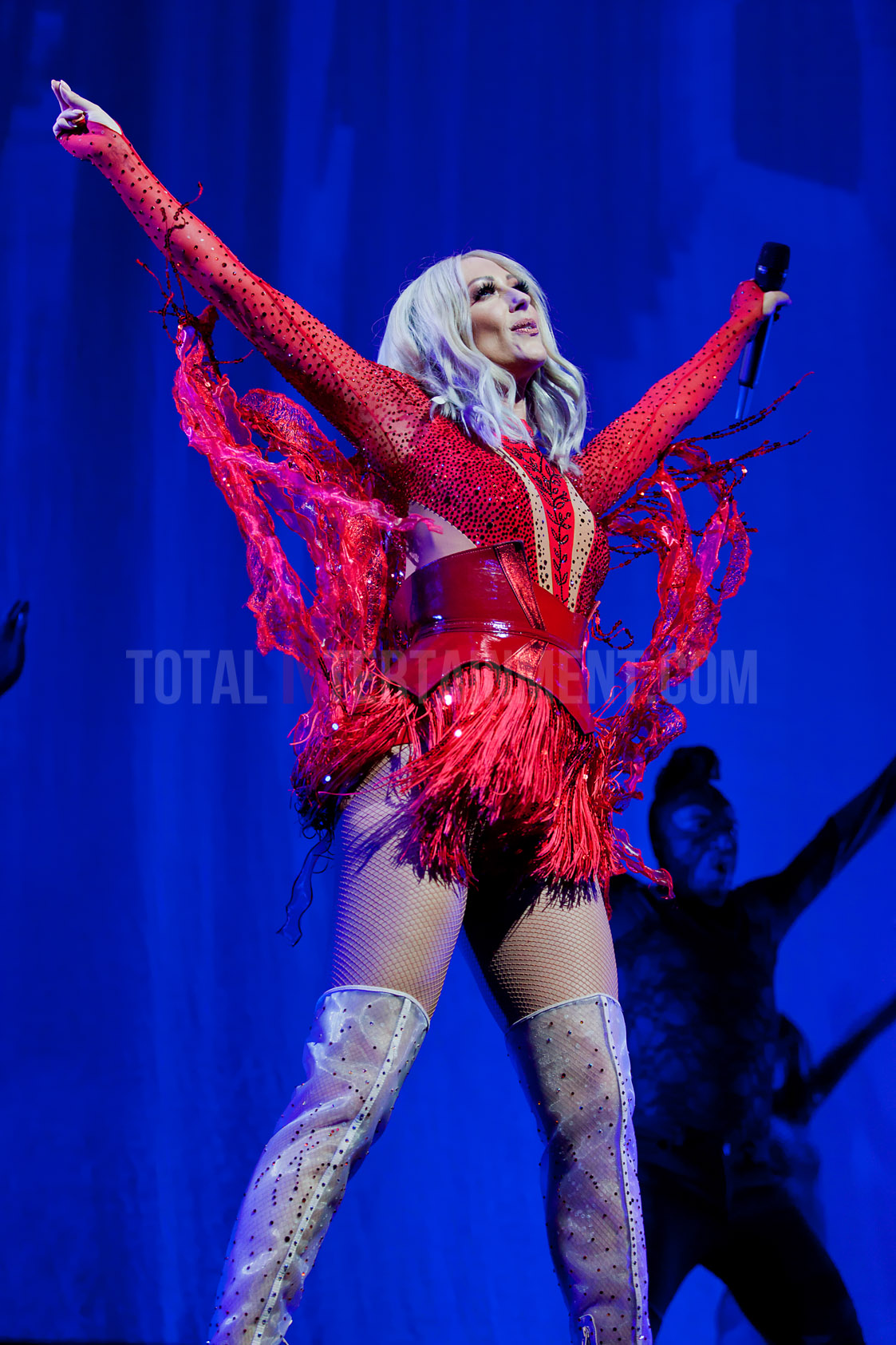 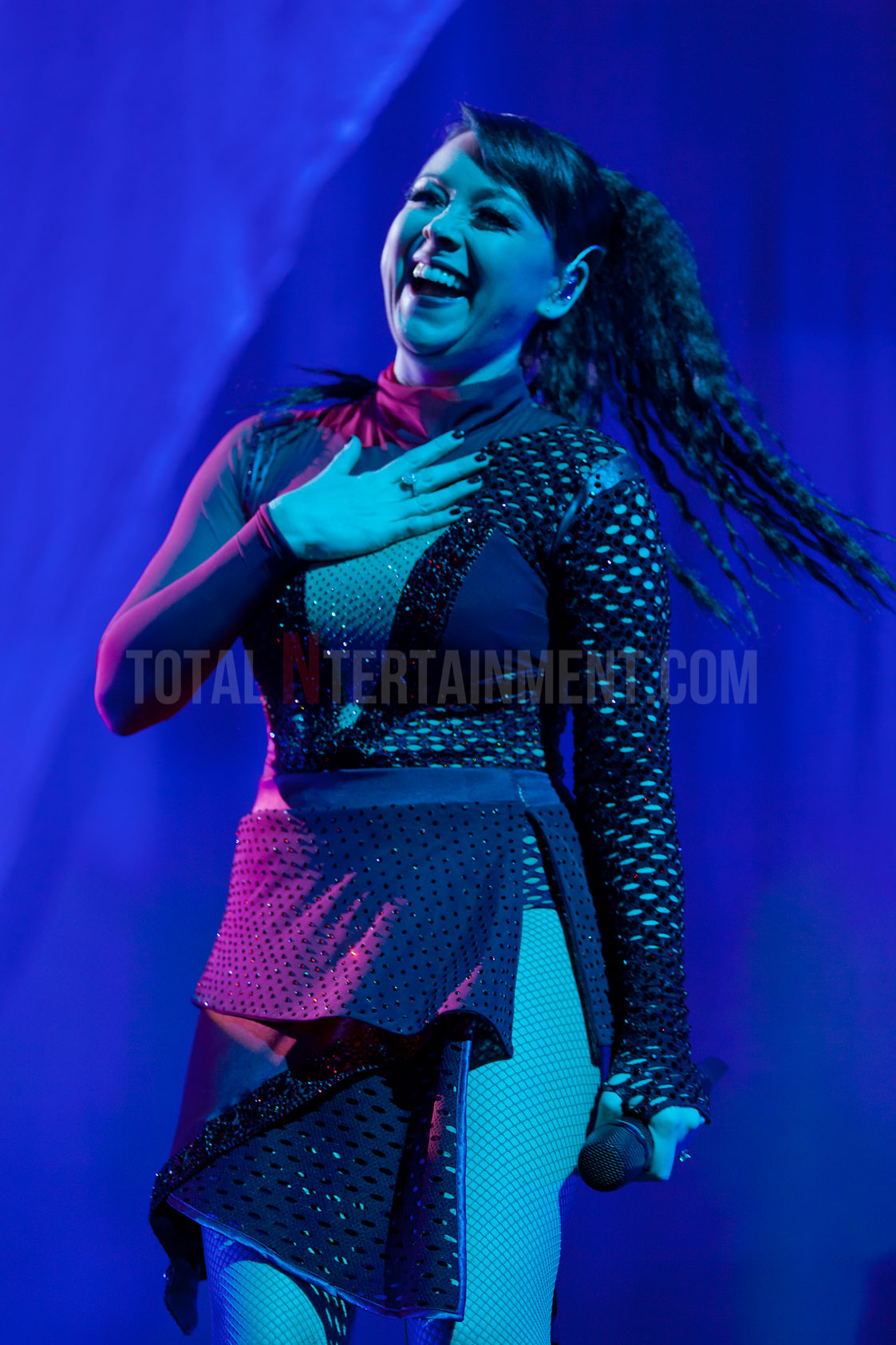 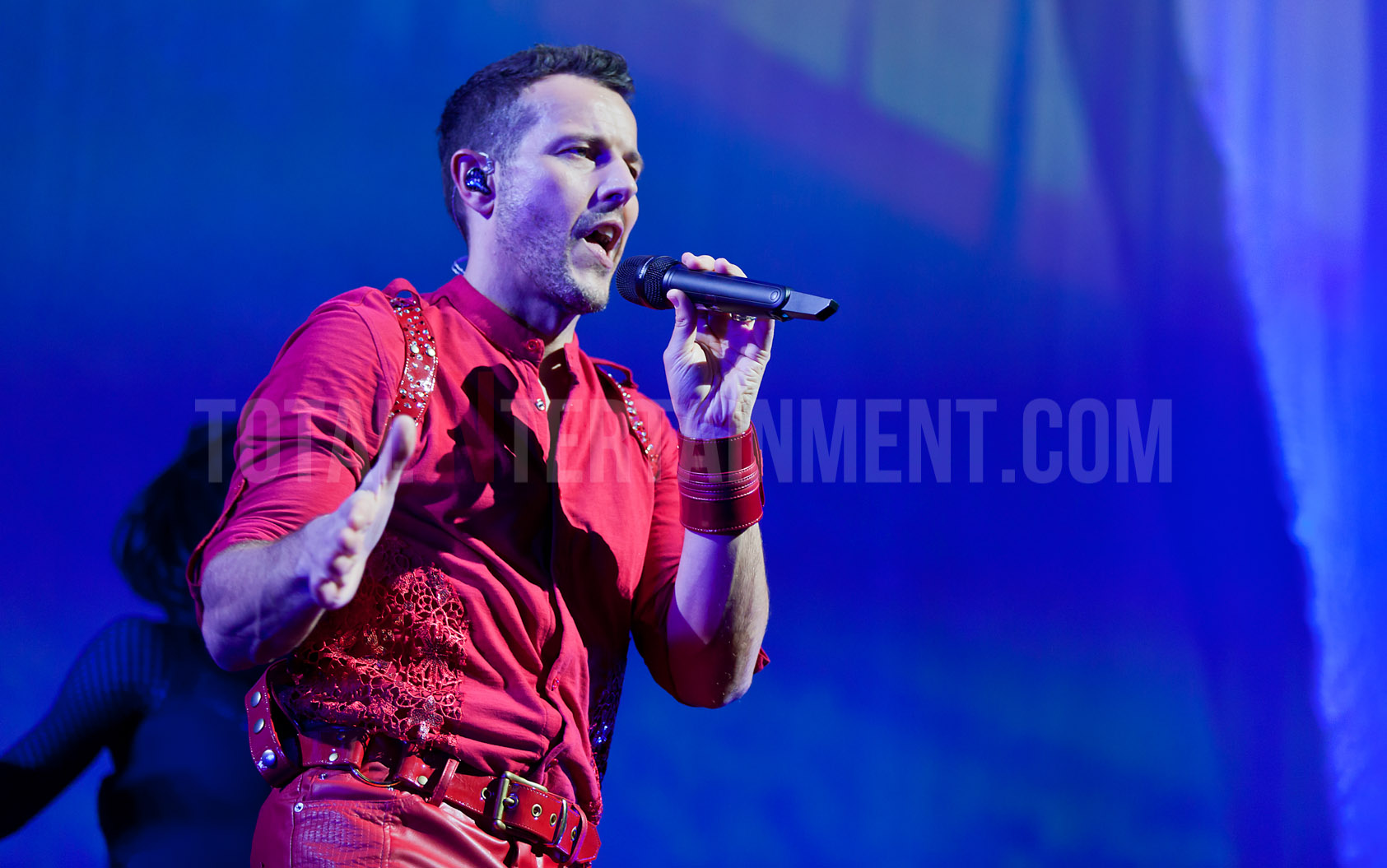 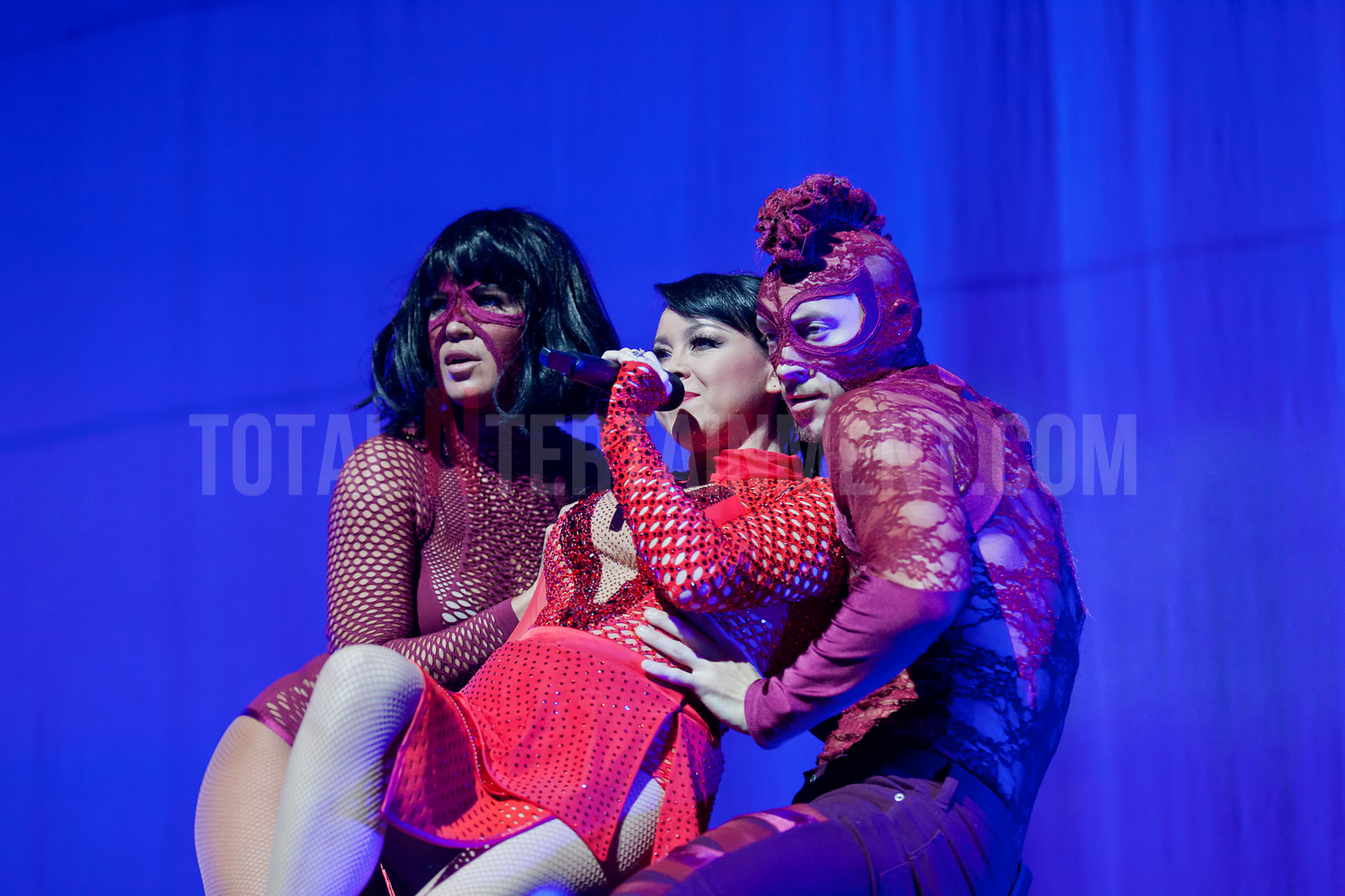