A lot of people out there think that Steel Panther have run their course and that the joke has worn very thin. However, judging by the fact that there isn’t a single space left in the Manchester Apollo, not everyone shares that opinion. Supporting their 2017 album “Lower The Bar”, the band certainly ensured that bar was as low as it could go with a performance filled with tasteless banter.

Broadly speaking, if you’d bought a ticket for the show then you wouldn’t have been disappointed or surprised by anything you heard. However, on a few occasions tonight there were visible winces across the faces of the crowd. From jokes about animal sex to a relentless barrage of crude banter, boobs and bad jokes, Steel Panther left their good taste genes back in the dressing room.

Oh the music? Well, this is were the main problem lies because, ignoring the crude lyrics, Steel Panther are top class musicians. Songs like “Asian Hooker” and “That’s When You Came In” are quality “cock rock” while Satchel’s solo was ten minutes of heavy metal magic.

“17 Girls In A Row” saw the band joined on stage by, well, seventeen girls, while “Death To All But Metal” sees Steel Panther ingeniously dismiss everything musical after the Eighties in just over three minutes. Watching this insanity unfold, while you may not agree with their outlook, it’s hard to deny Steel Panther provide their fanbase with value for their money. Tonight Manchester’s rock fraternity wanted to party hard and there couldn’t have been a better host. 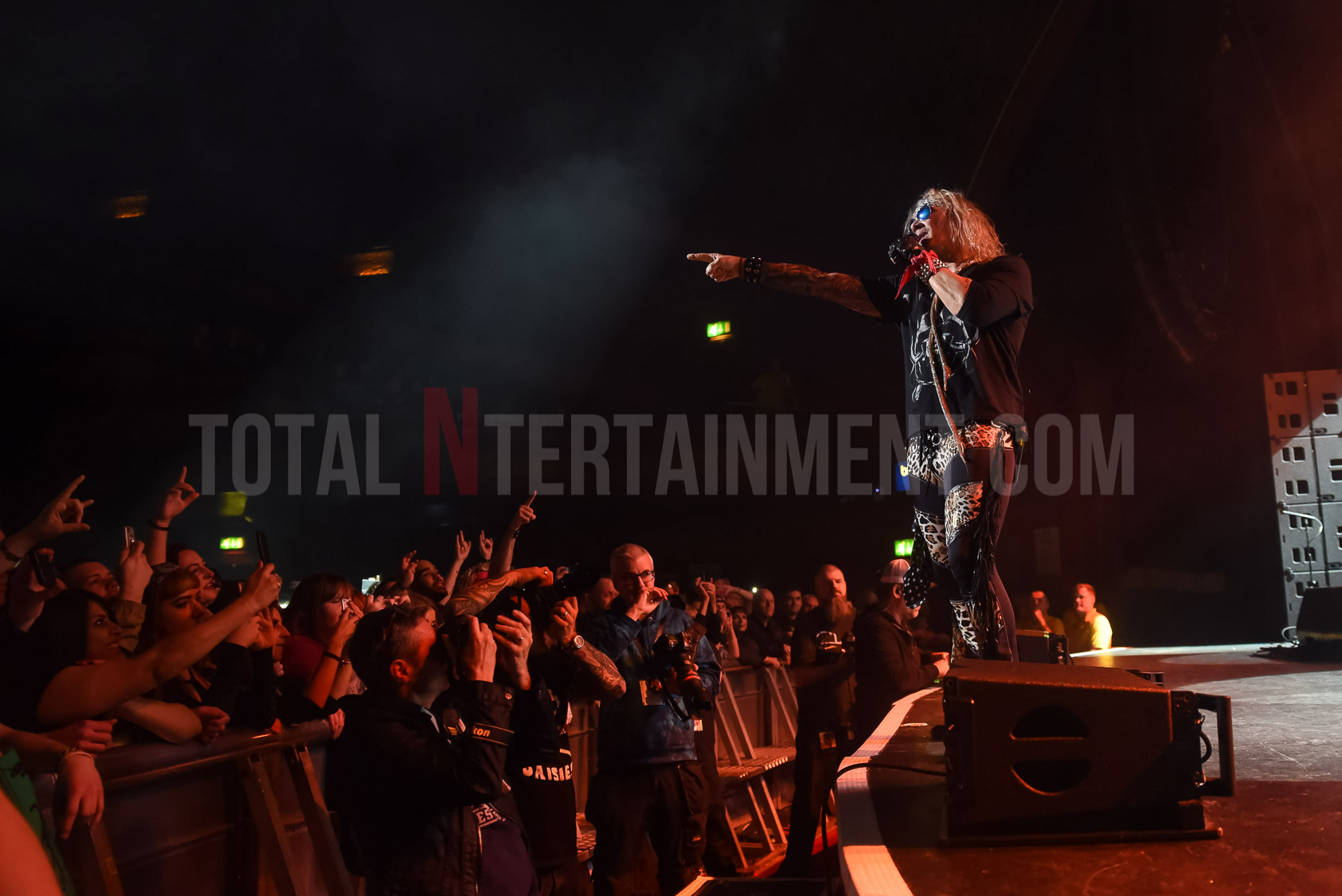 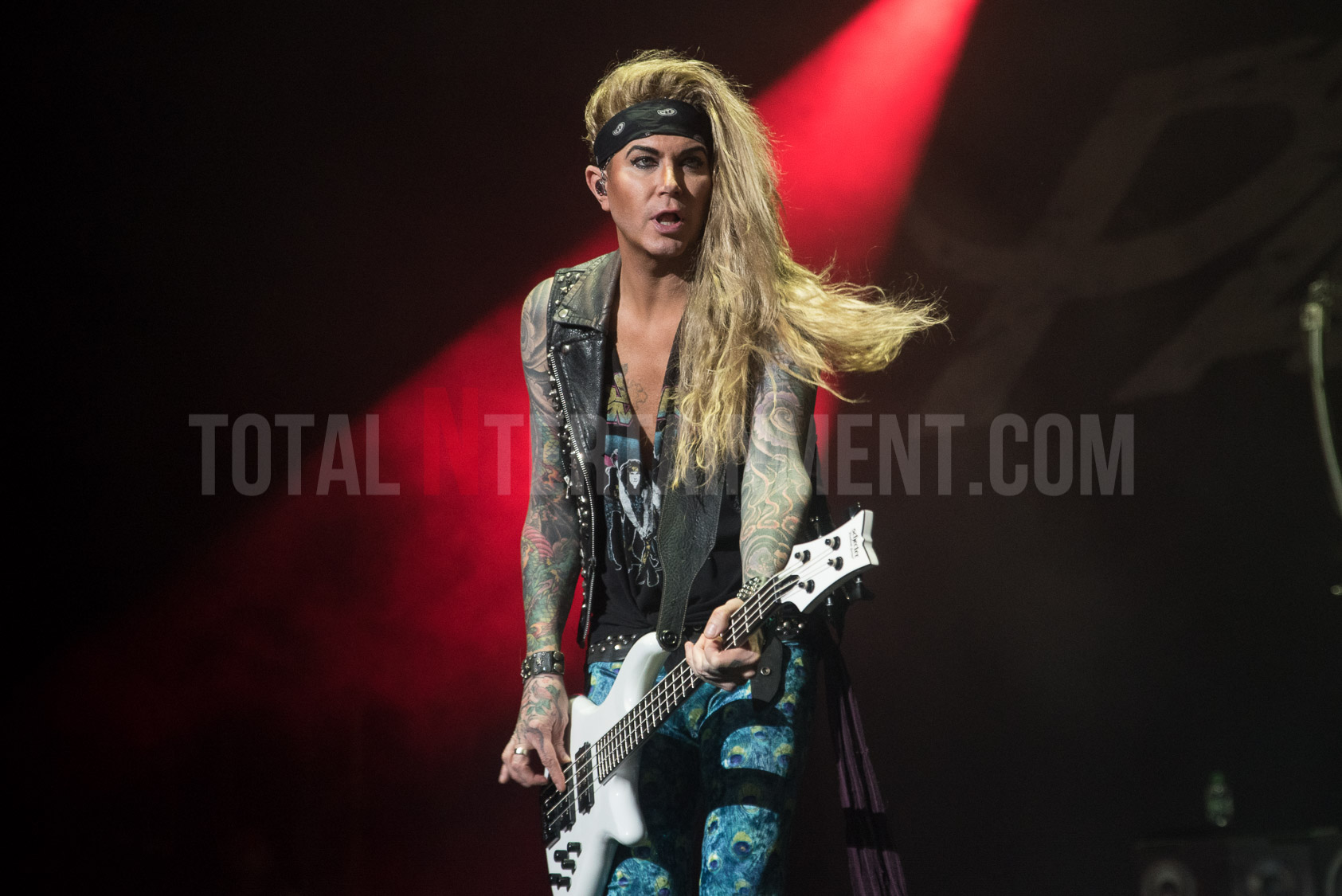 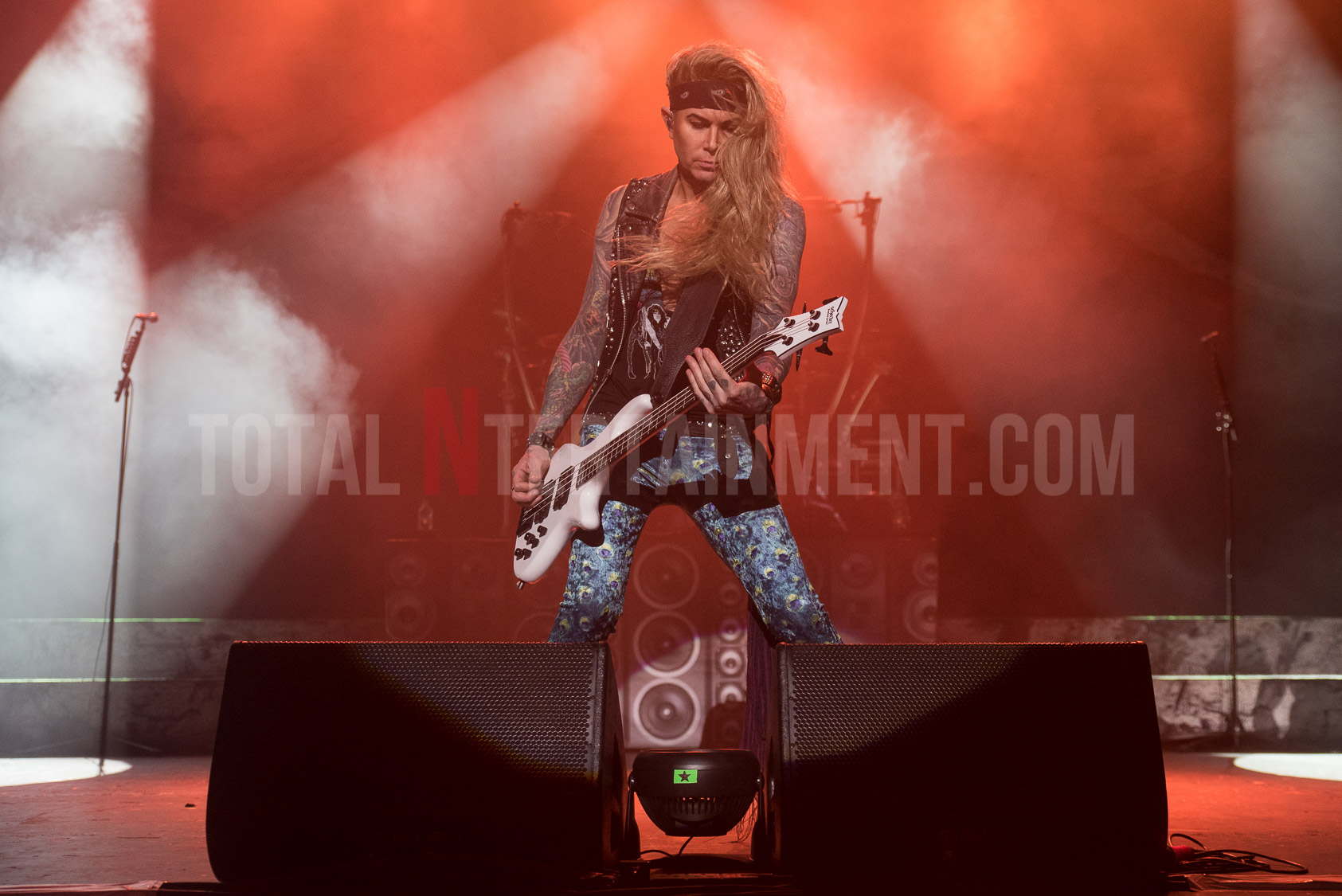 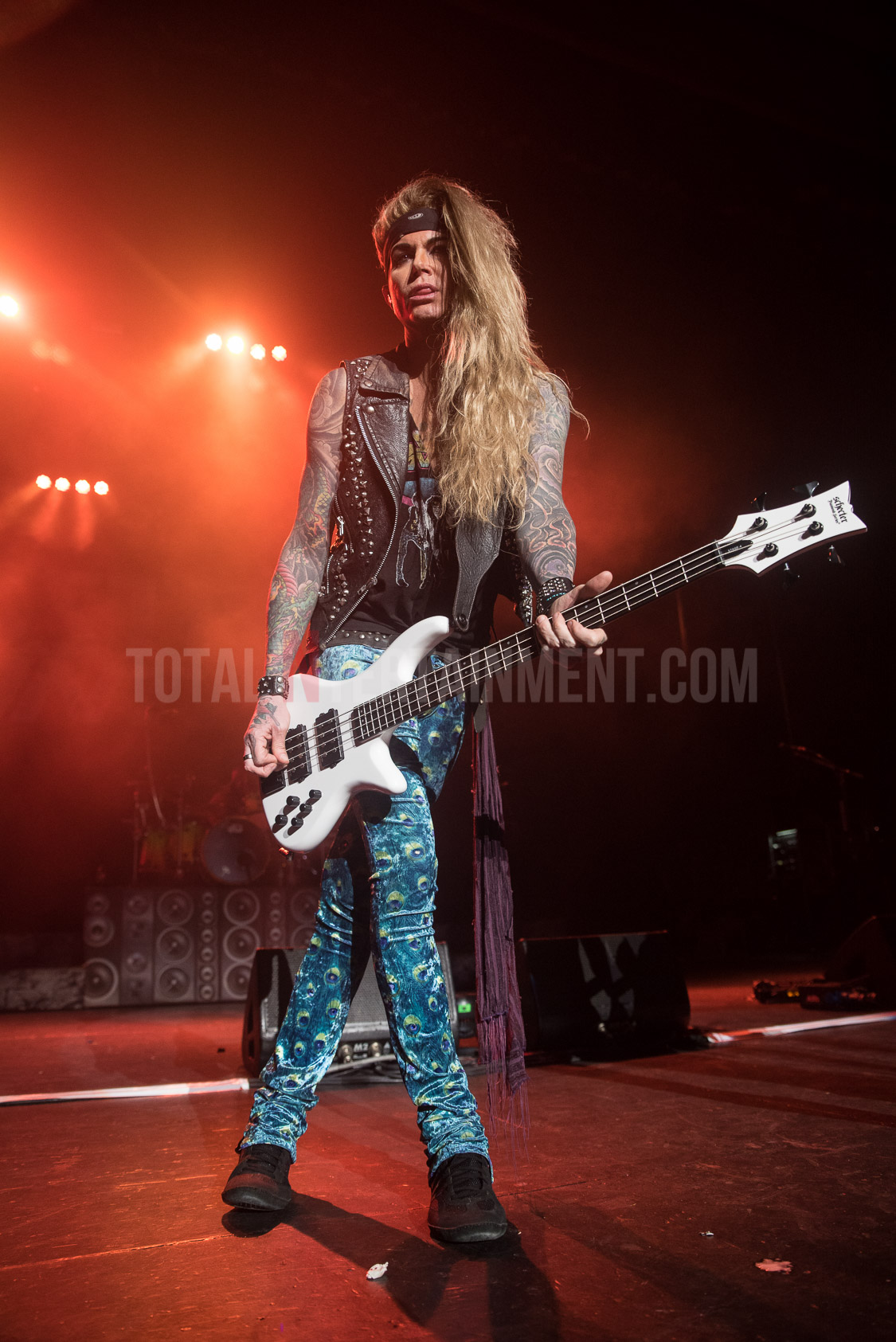 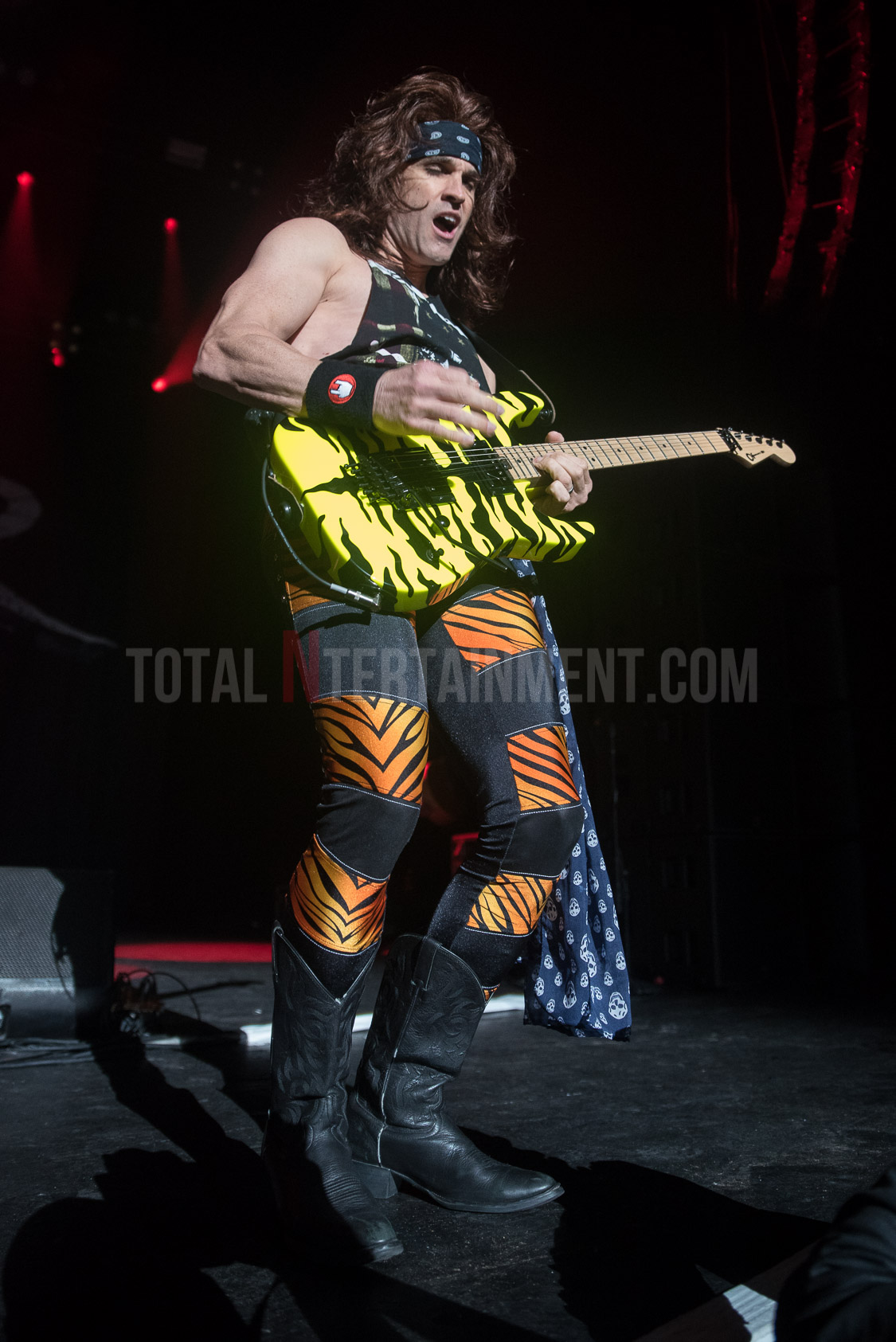 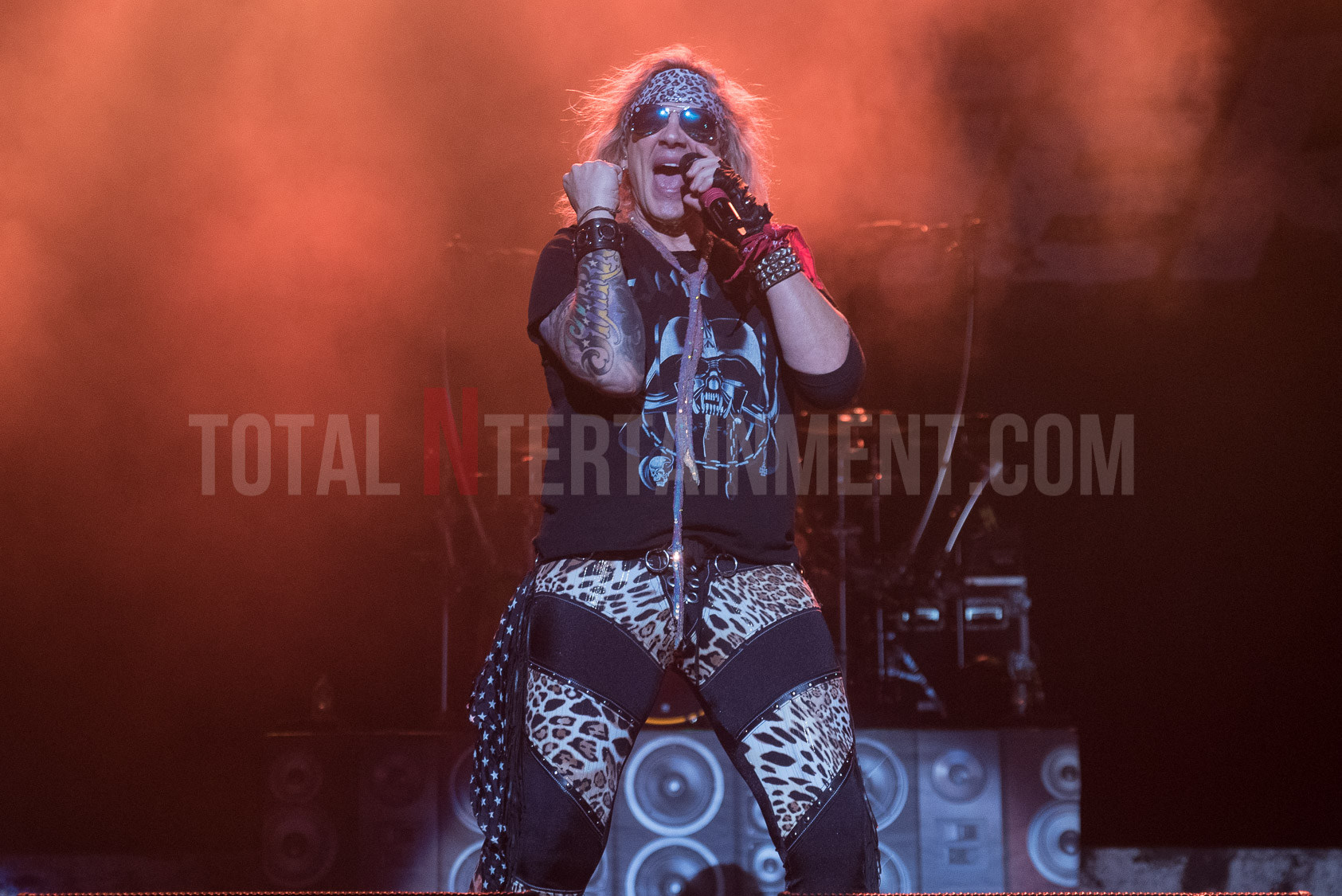 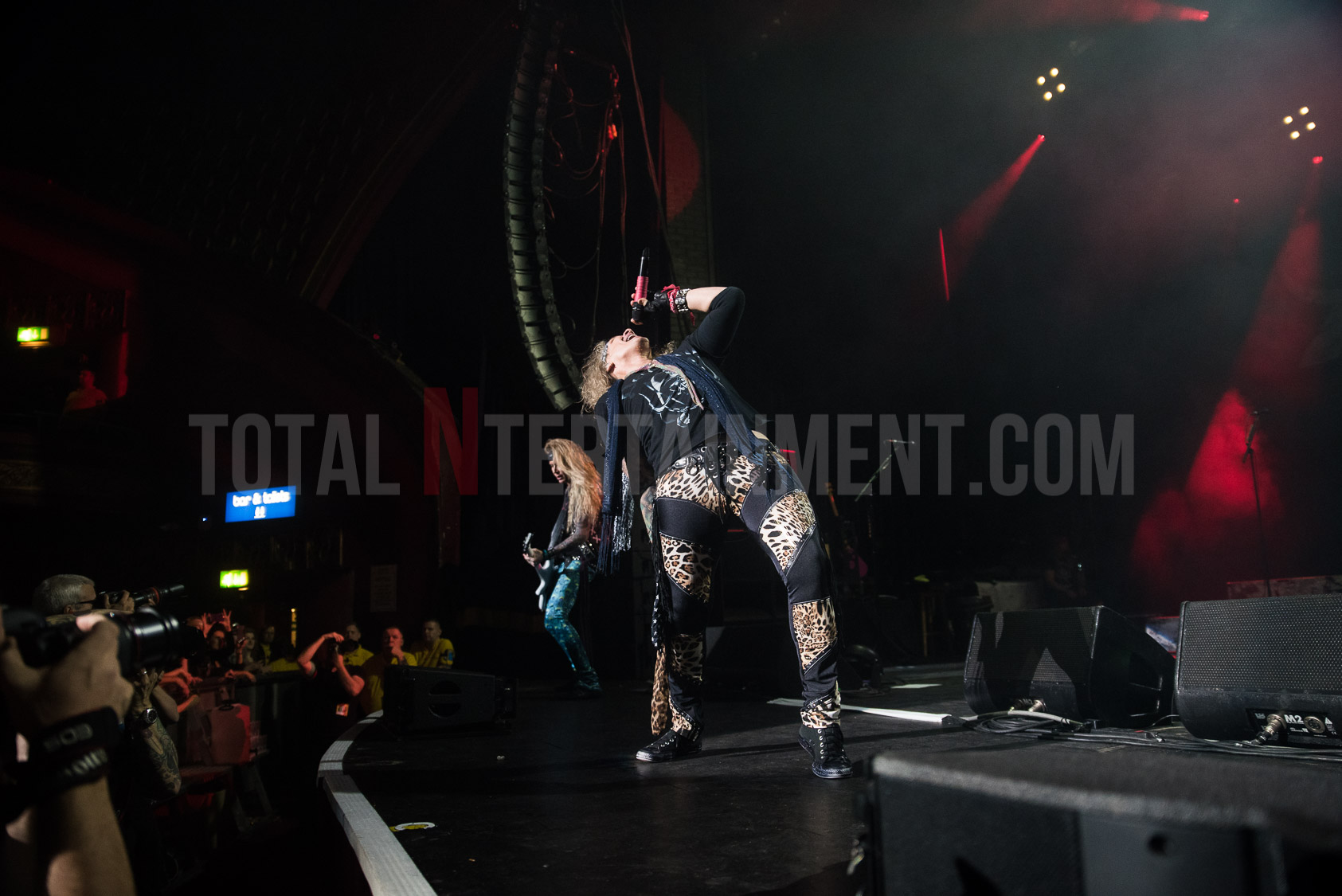 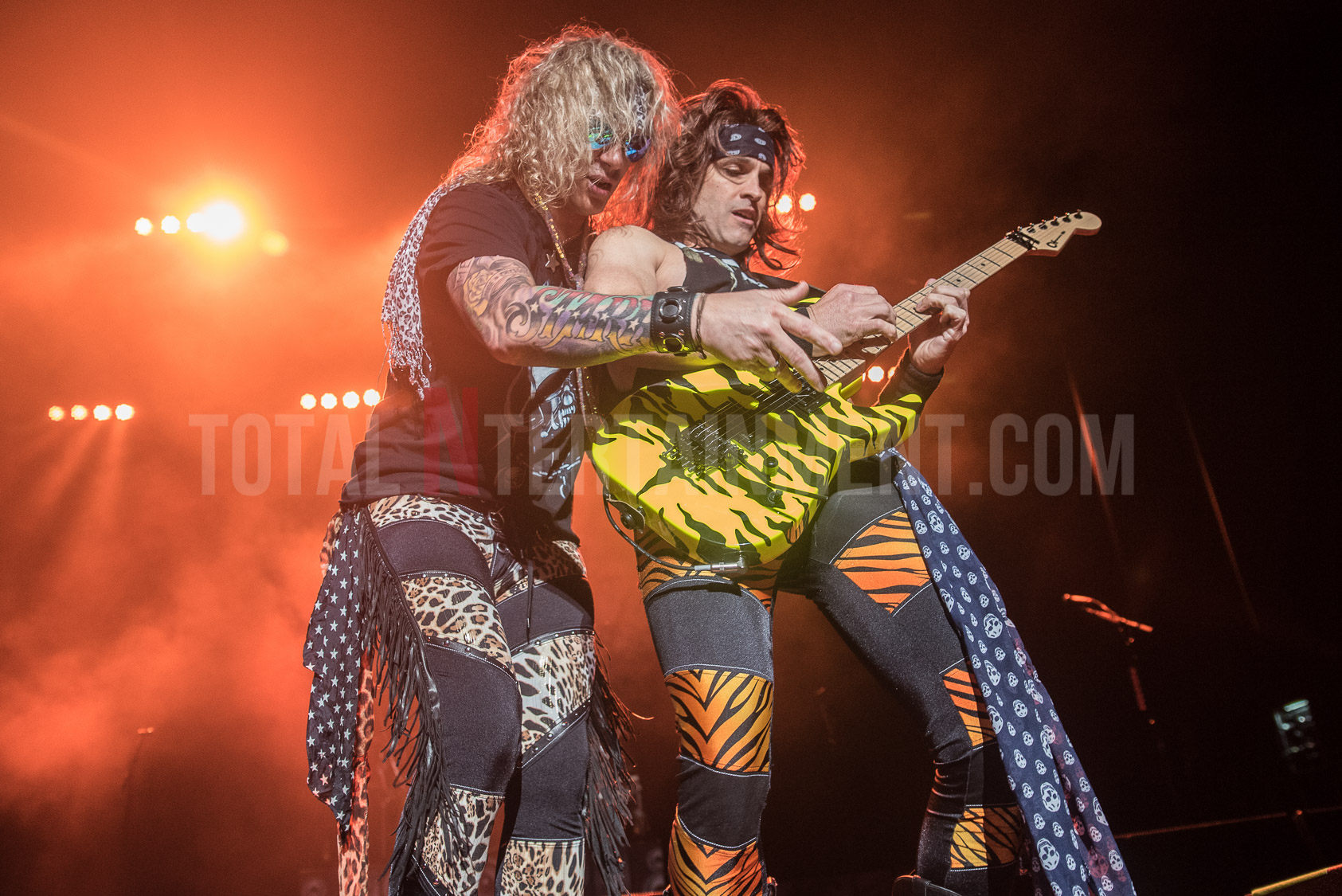 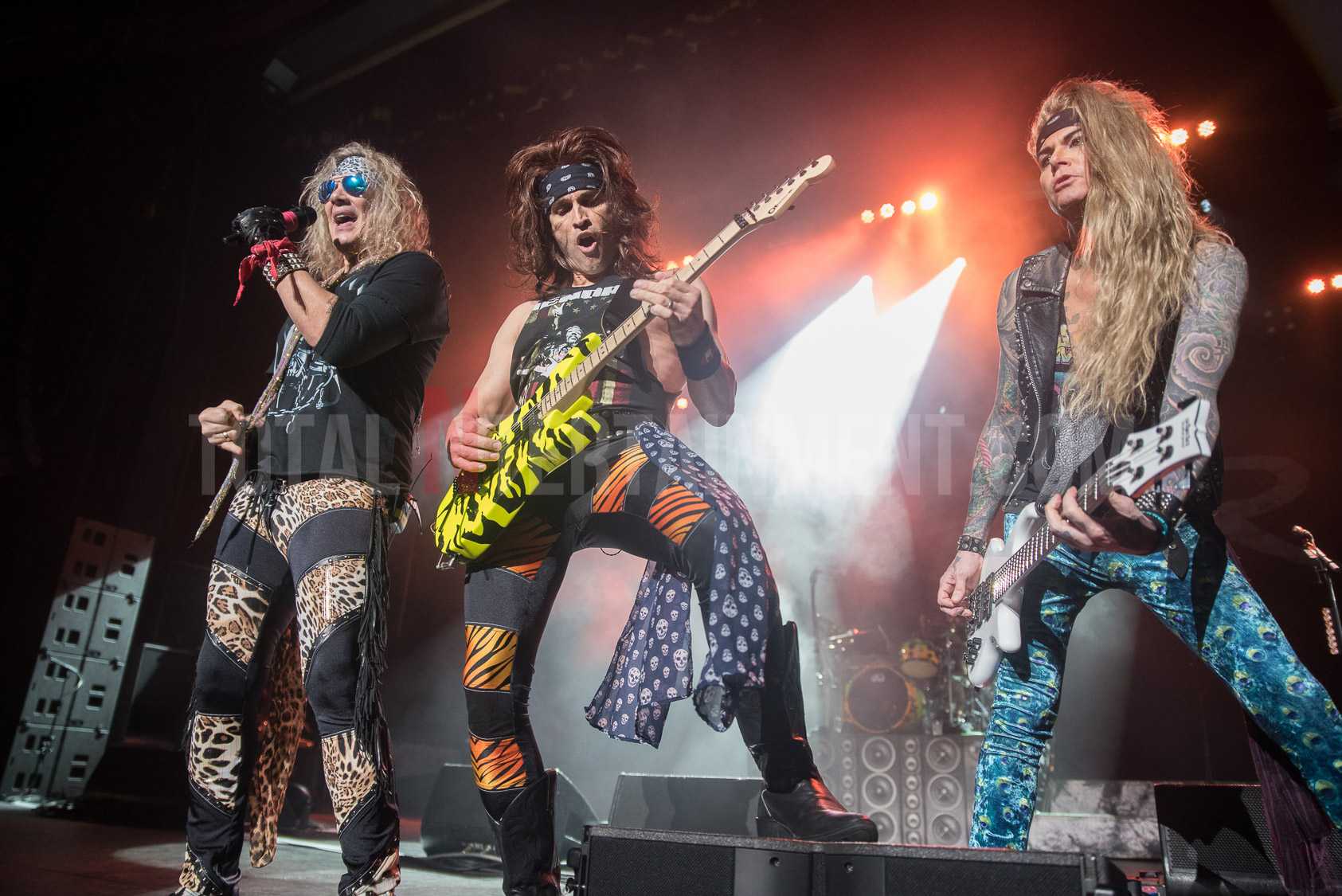 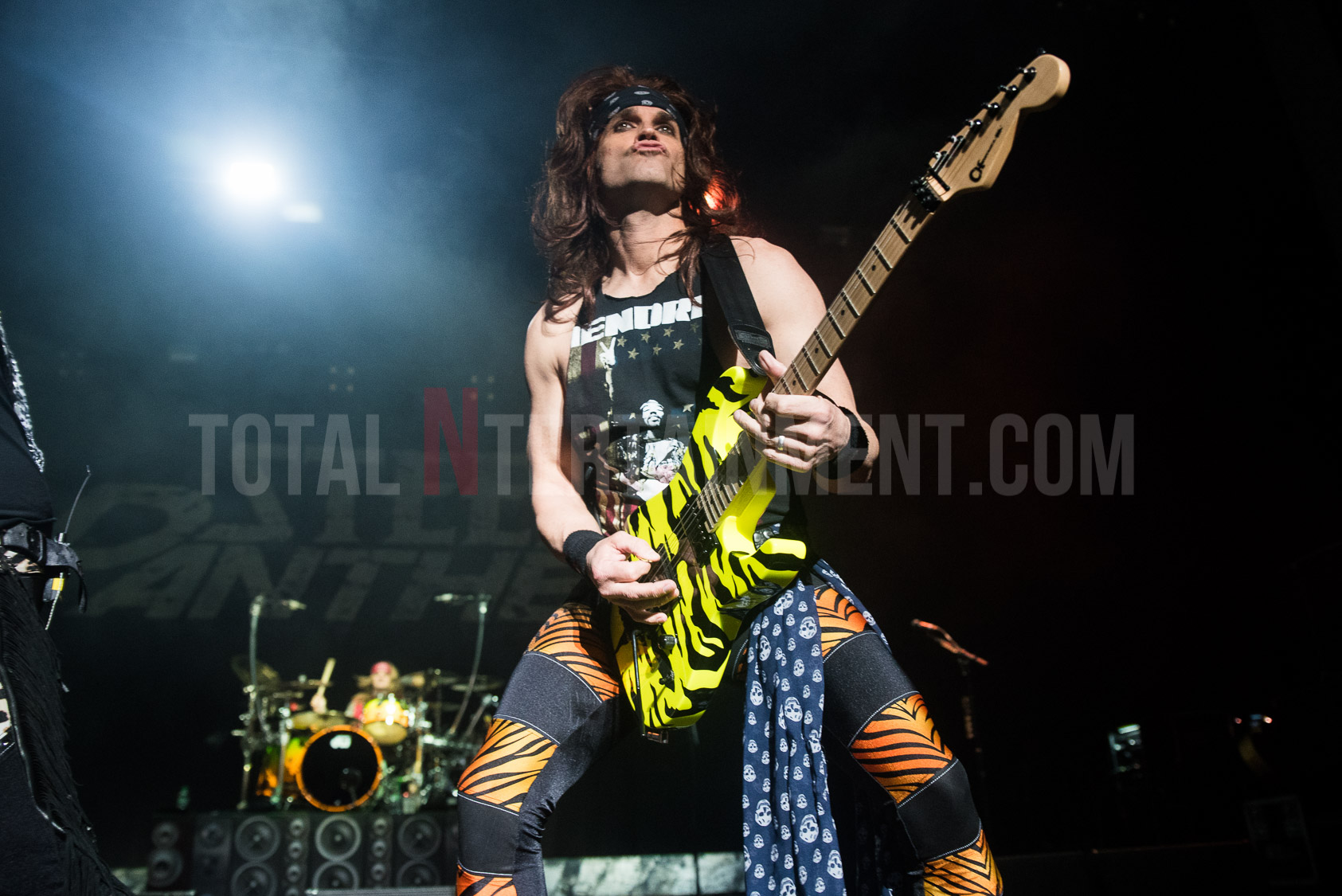 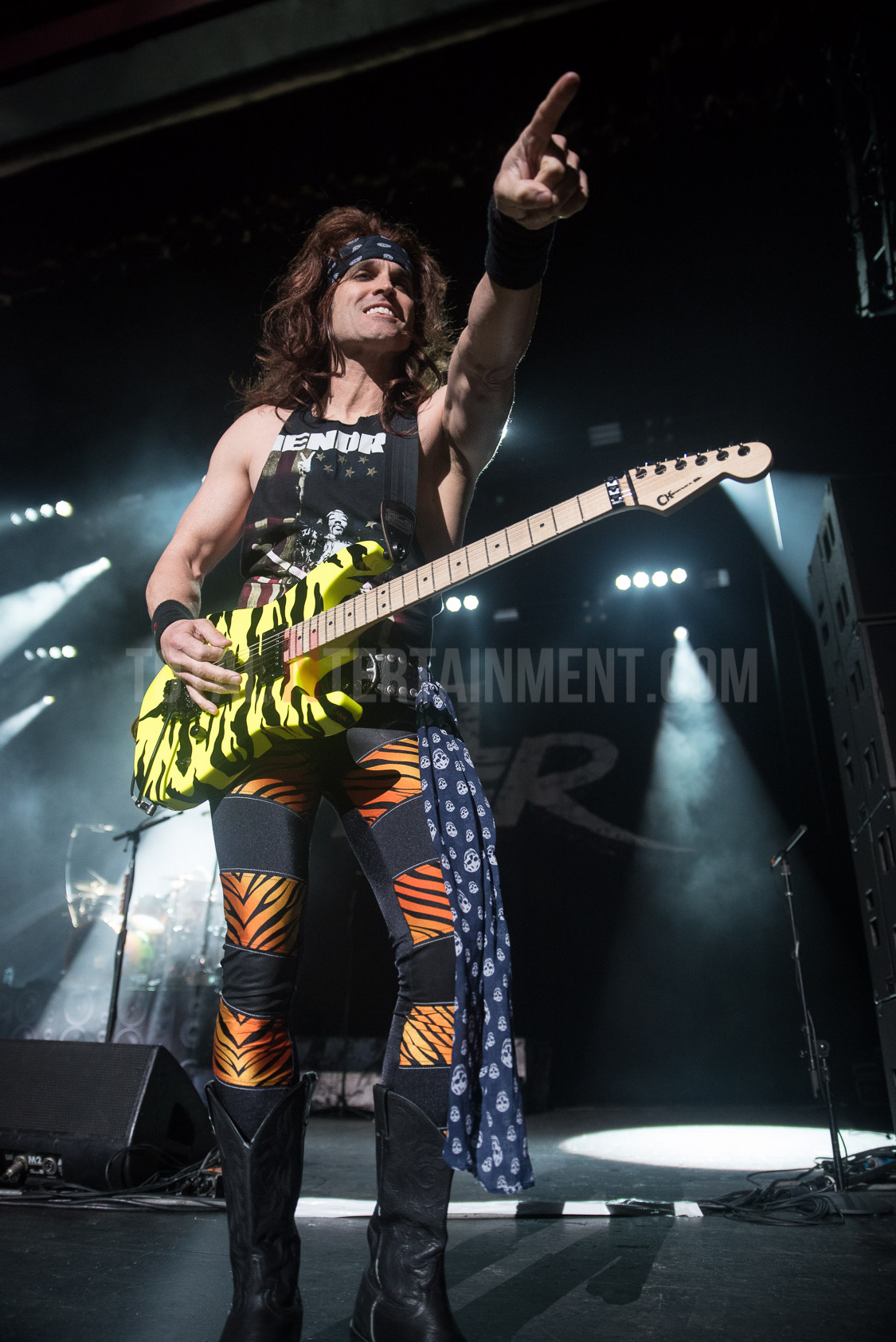 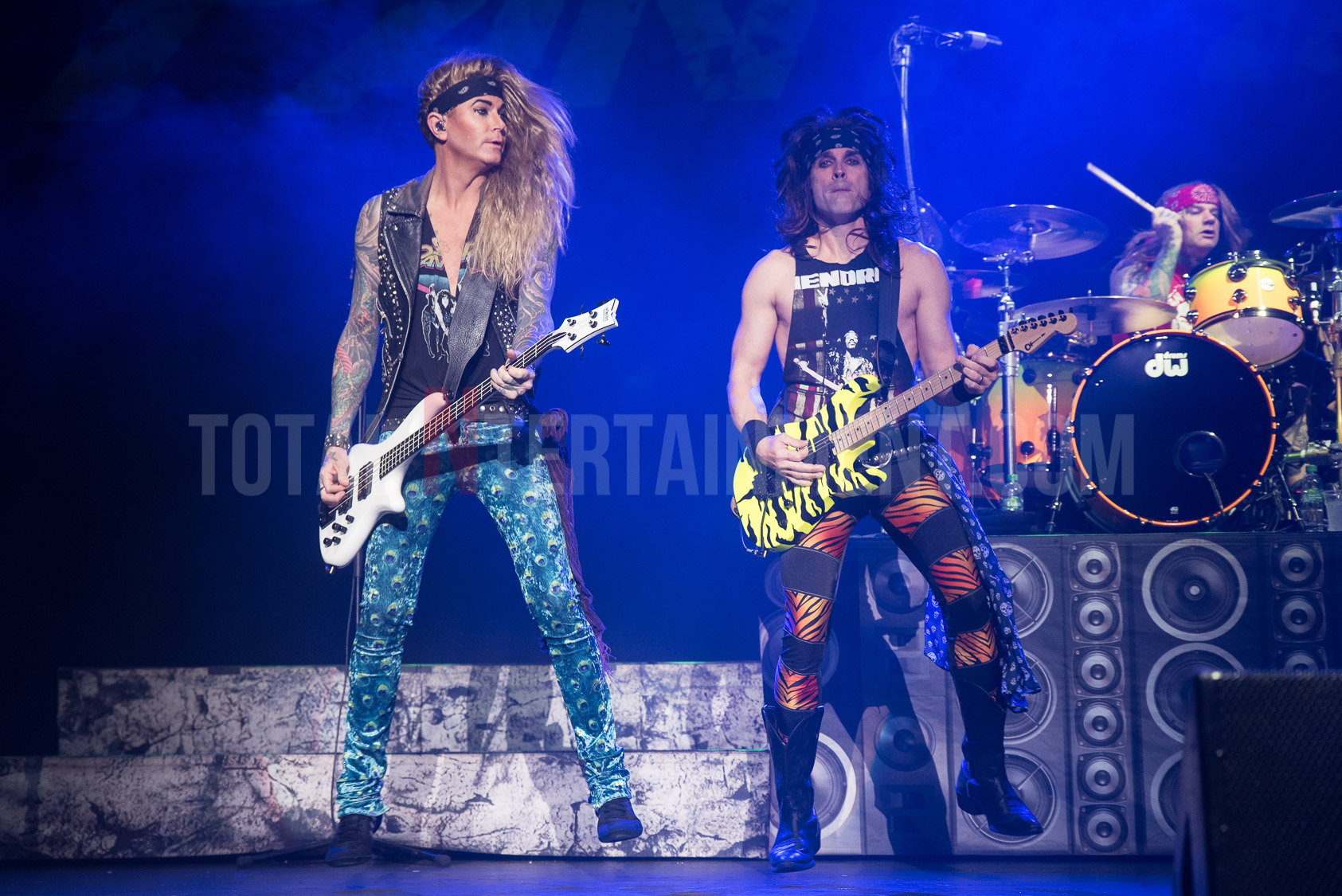 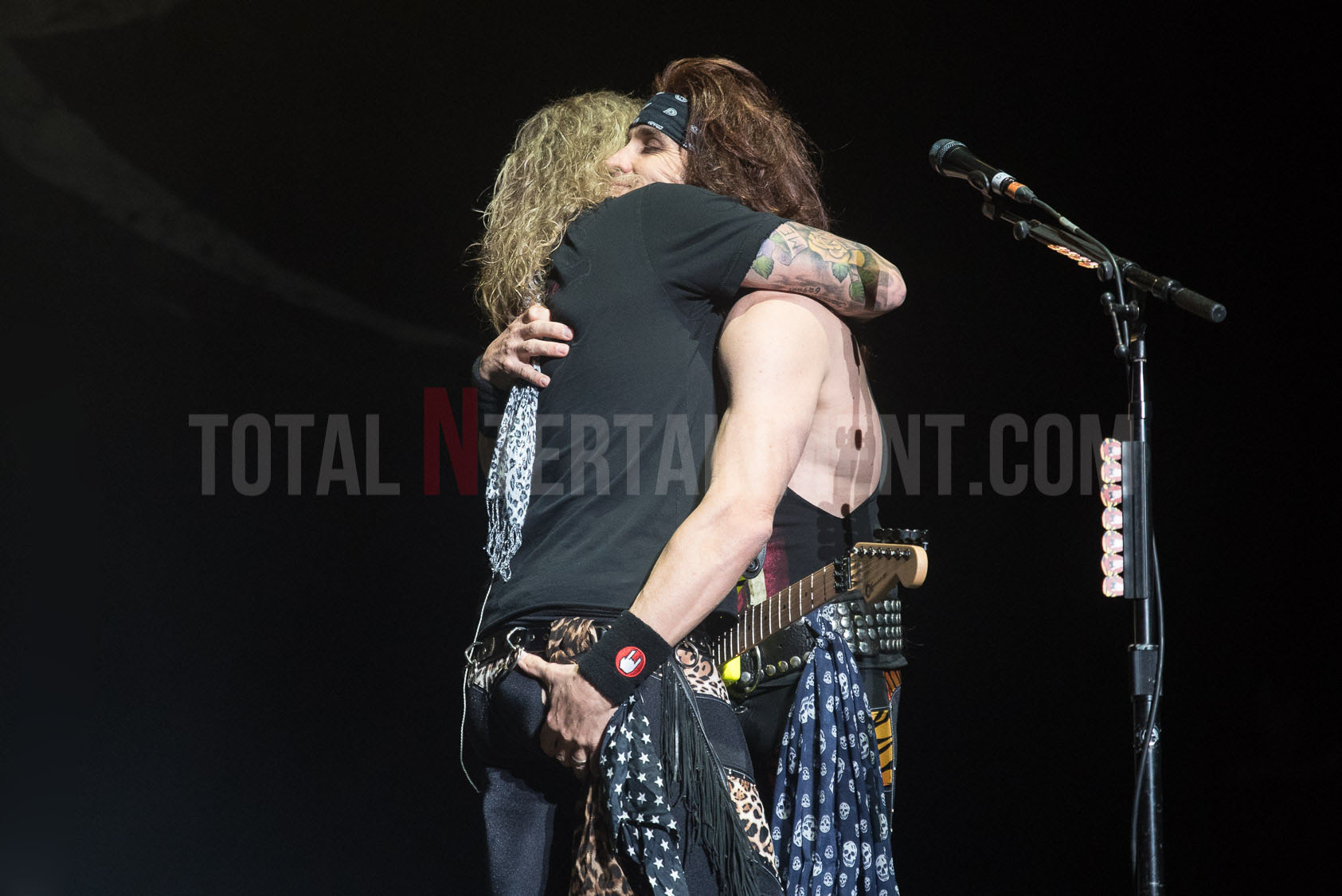 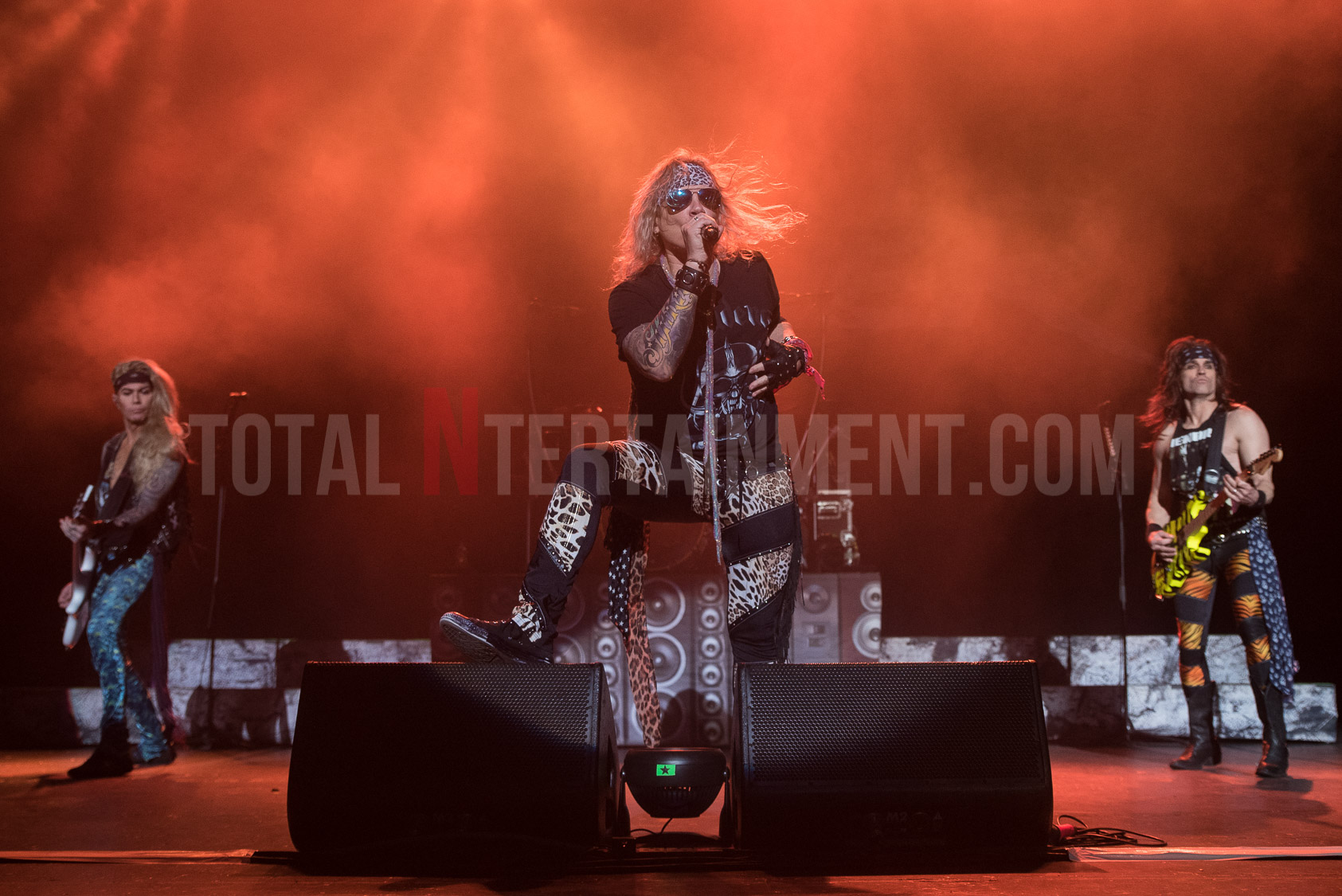 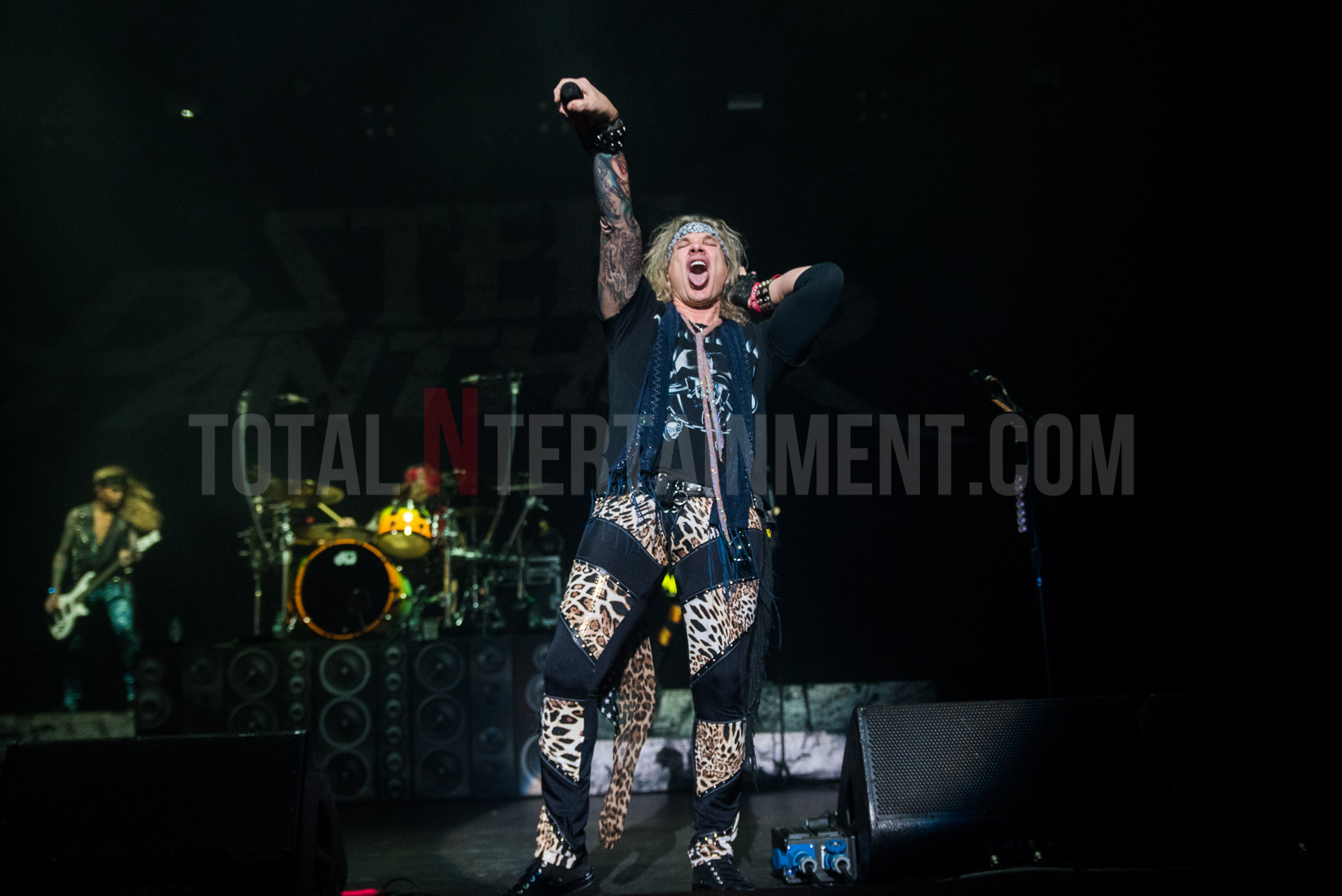 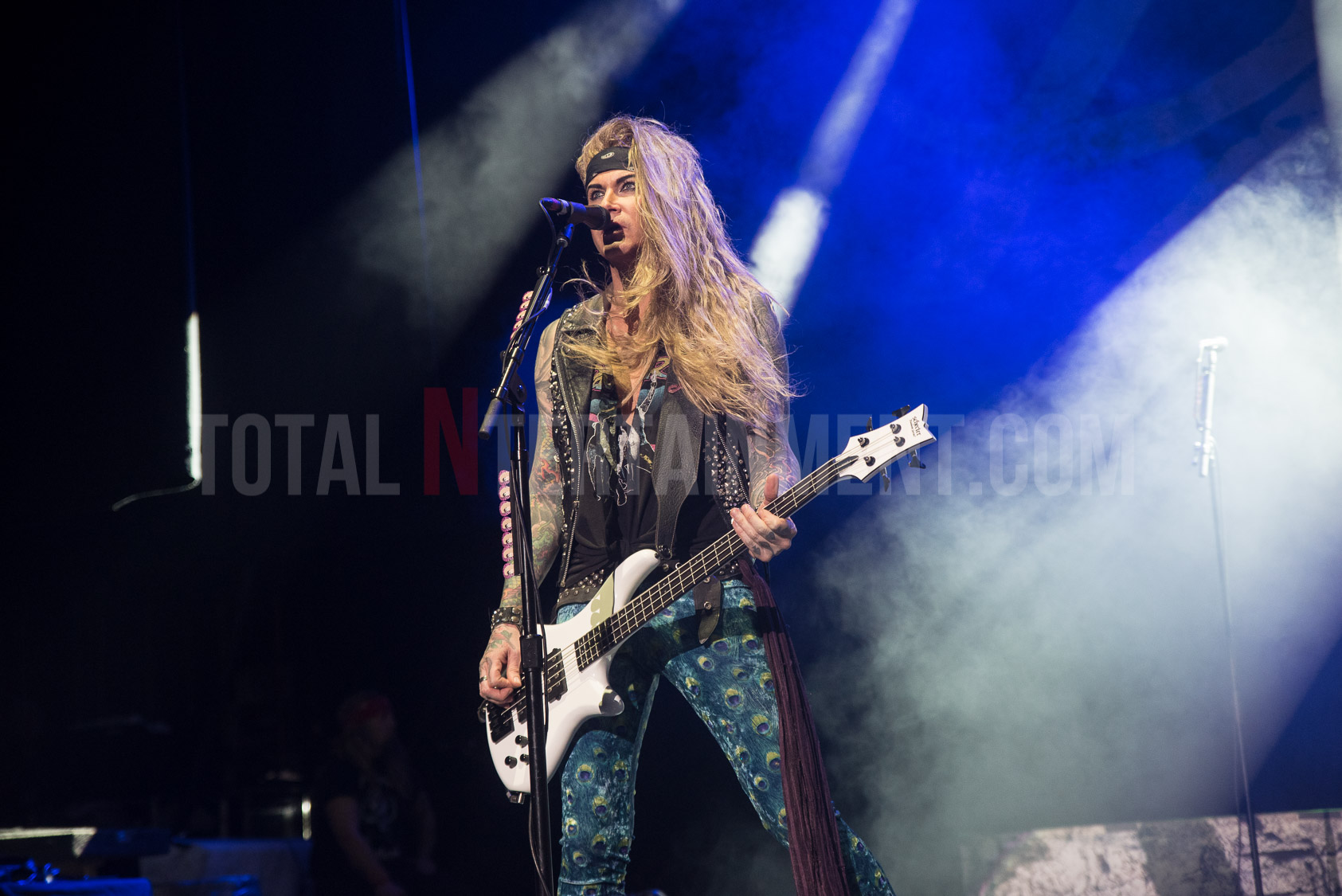