Such was the public interest in Pink’s show in Liverpool that, from chatting to people working at the stadium for the gig, most people were of the opinion that the rock superstar could have sold-out multiple dates here with ease. After performances from Bang Bang Romeo, Vance Joy and KidCutUp, this sold-out crowd was ready to “Get The Party Started” despite one fan almost upstaging the whole thing by giving birth on the kop during Pink’s smash hit opening number.

Thankfully, despite weather forecasts for the day warning of showers and wind, these cleared as 38,000 fans rocked up to watch Rock superstar Pink, who brought her ‘Beautiful Trauma Tour’ to Liverpool’s Anfield Stadium as part of a long-awaited UK tour. Apart from V Festival a couple of years ago it has been a few years since Pink toured the UK, but she made sure that it was definitely worth the wait. Known for her gravity defying performances the rockstar did not disappoint the fans. Appearing in a crystal encrusted catsuit, she looked stunning as she swung high above the stage on a huge pink chandelier, while she flipped  and spun through the air. It is no easy task to perform these kind of aerial acrobatics whilst singing, but Pink manages to prove you don’t need the aid of backing tapes to remain note perfect whilst pulling these stunts.

Early in the set someone threw her a Liverpool scarf which she waved around much to the delight of the fans who went wild during ‘Just Like A Pill’, she knows what her audience wants and she delivers it perfectly. With Anfield bouncing, Pink put on the kind of night these fans wouldn’t forget in a hurry. Getting up close and personal with fans packed around the thrust at the front of the stage, this hit-packed set has it all including several costume changes, daring acrobatics, fireworks and confetti and not to mention a finale where she literally flies out across the crowd on wires as she flew from one side to the other belting out “So What”.

Over the years this iconic stadium has seen many unforgettable football nights and, while this might be a new name on the map for stadium music events, Pink made sure that she has set the bar ridiculously high for any acts who visit the city in the future.

Set List:
Get the Party Started
Beautiful Trauma
Just Like a Pill
Who Knew
Funhouse/Just a Girl
Hustle
Secrets
Try
Just Give Me a Reason
River
Just Like Fire
What About Us
For Now
90 Days
Walk Me Home
I Am Here
F****n’ Perfect
Raise Your Glass
Blow Me (One Last Kiss)
Can We Pretend
So What 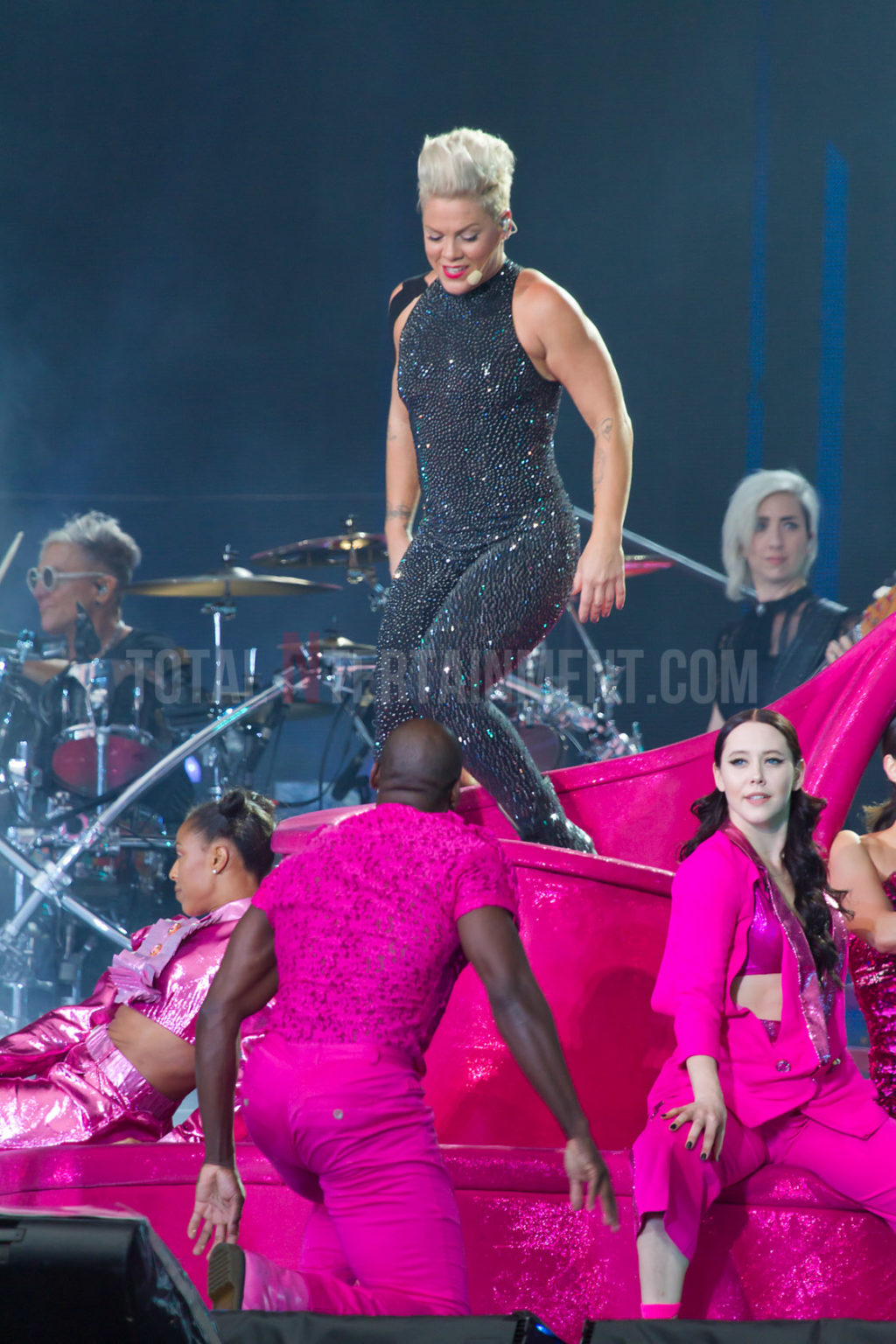 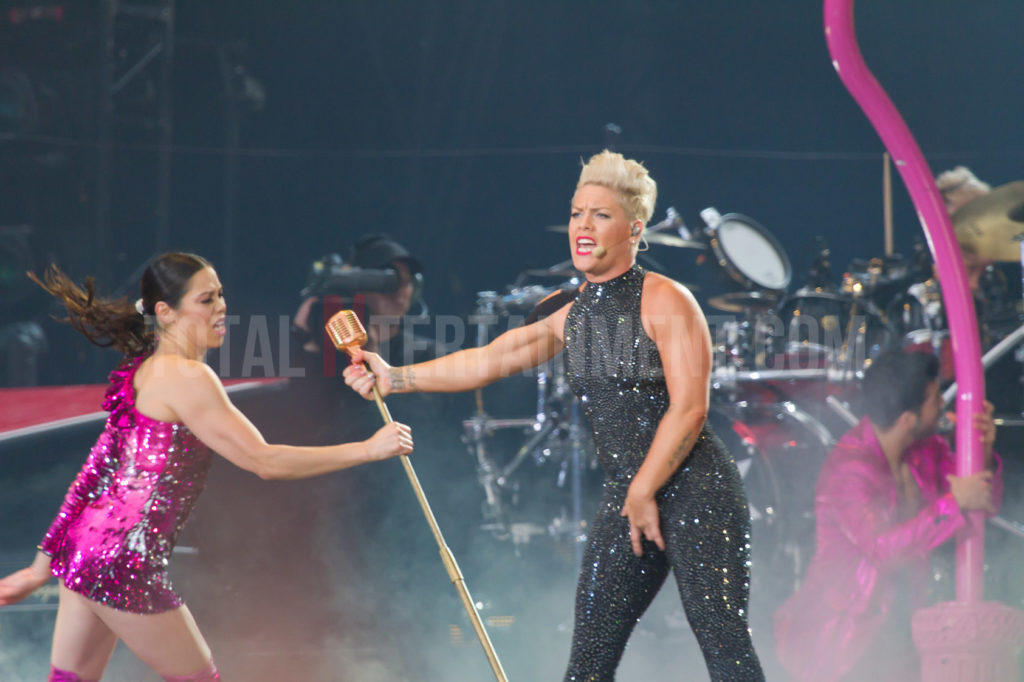 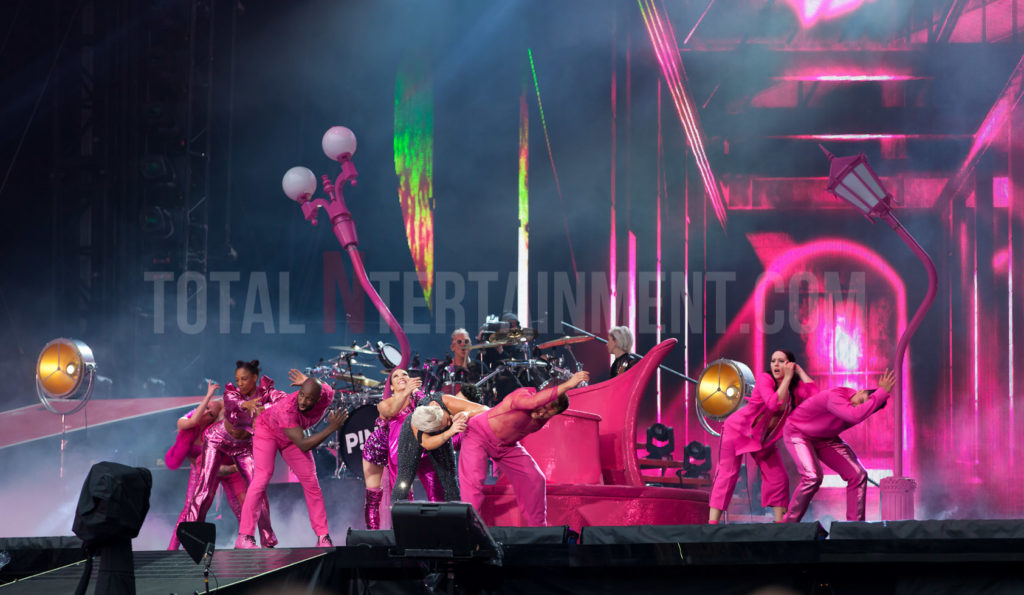 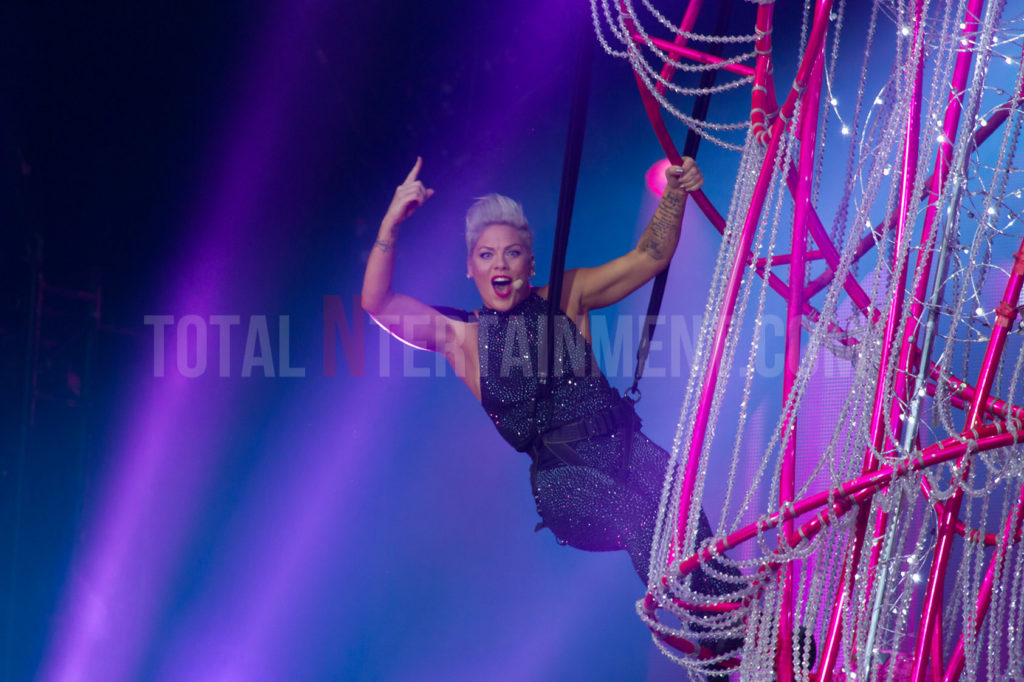 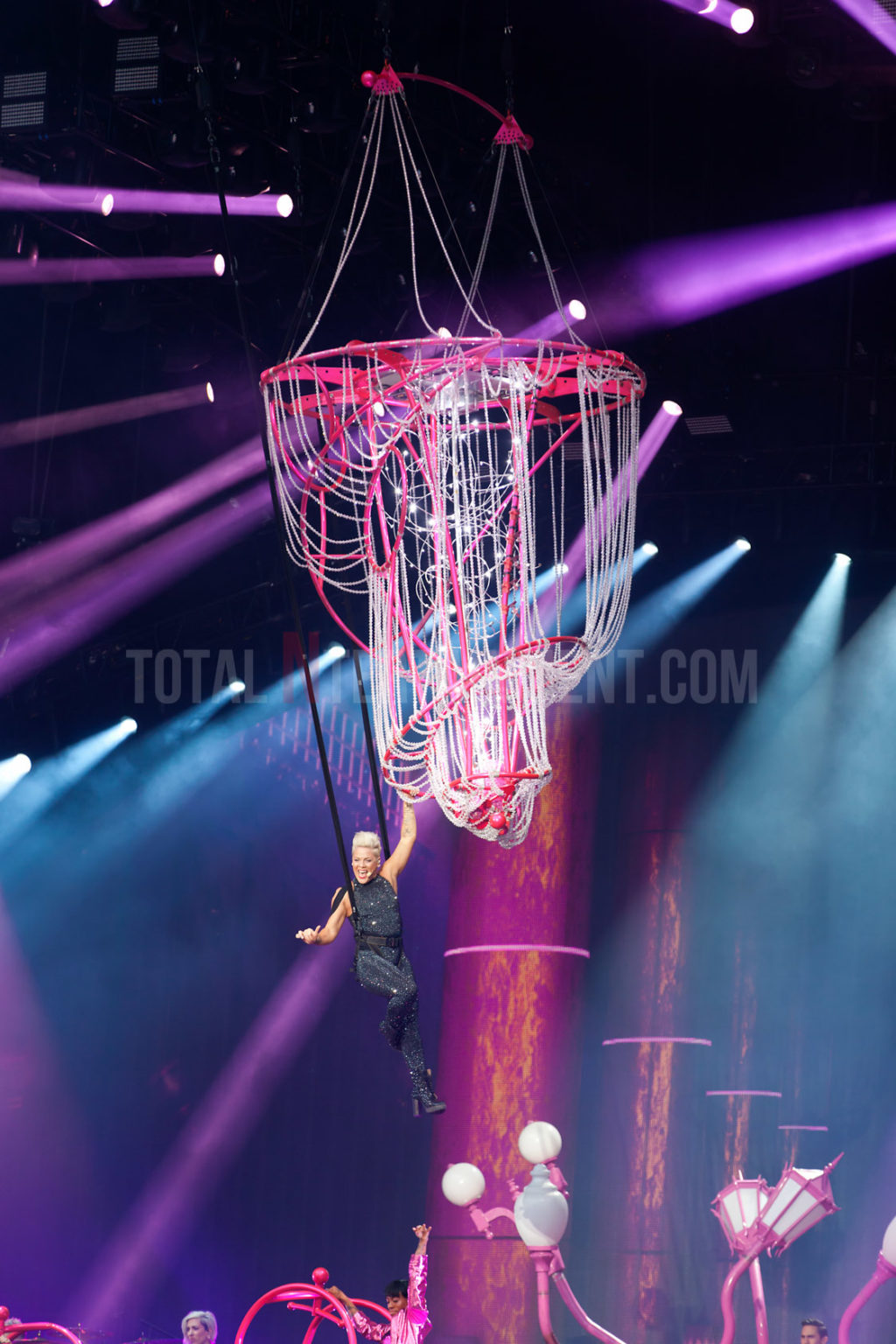 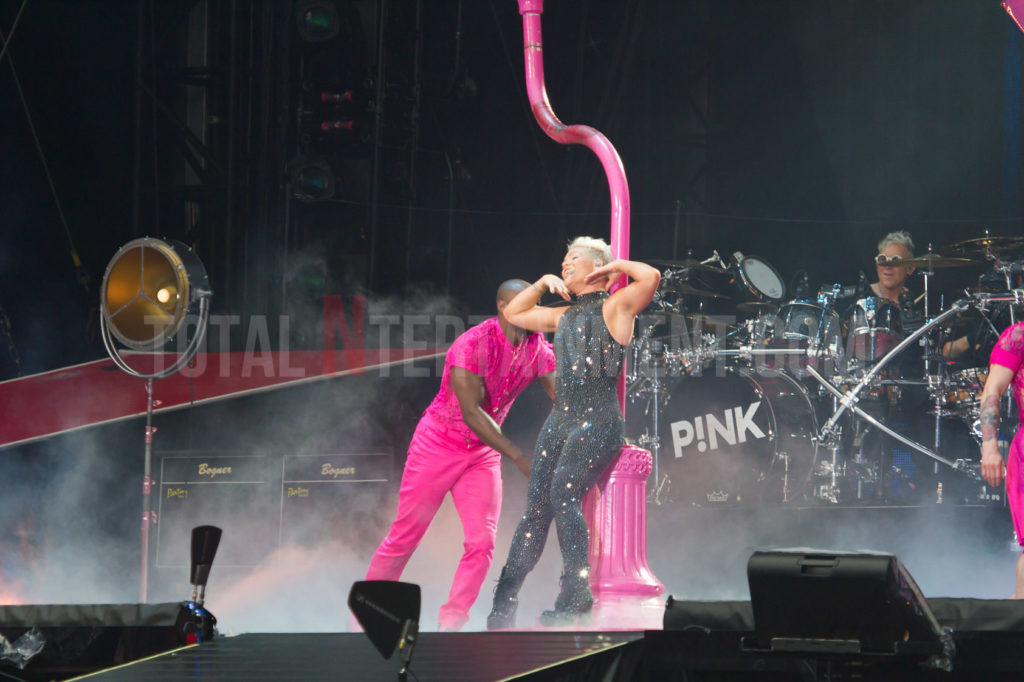 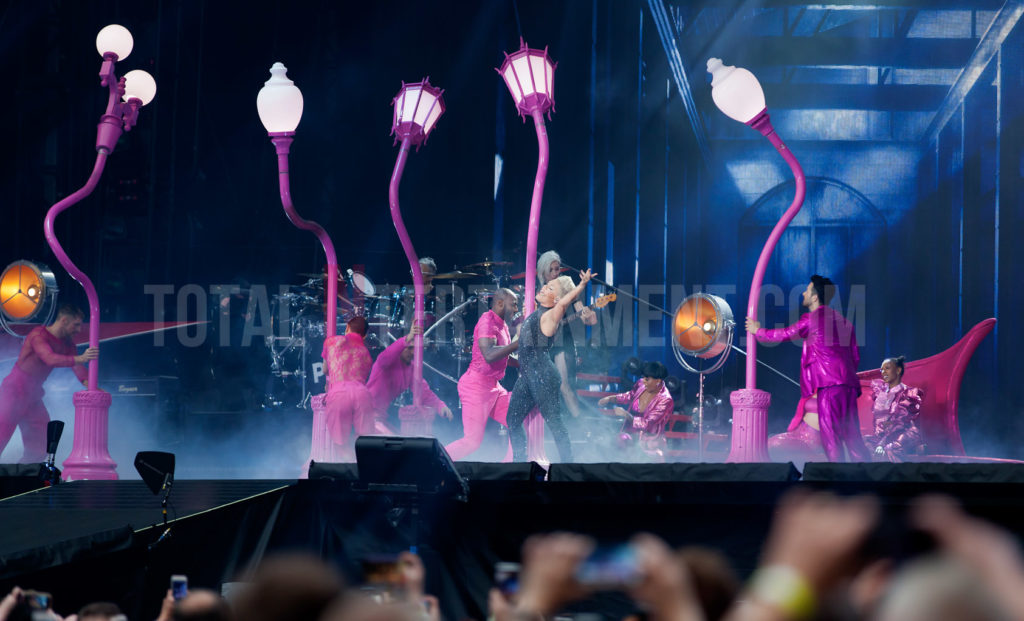 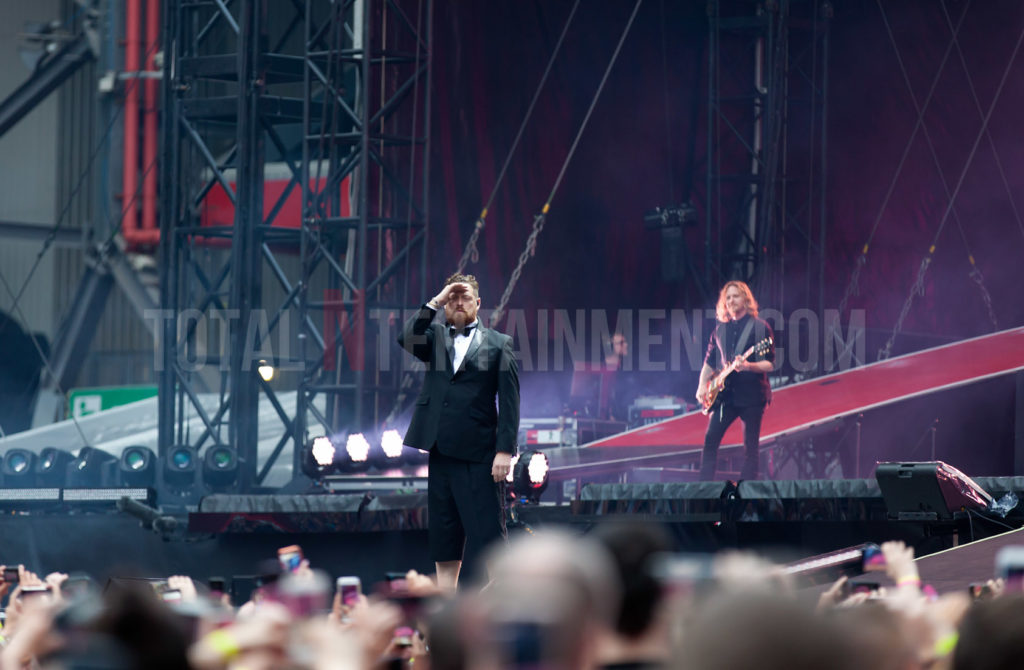 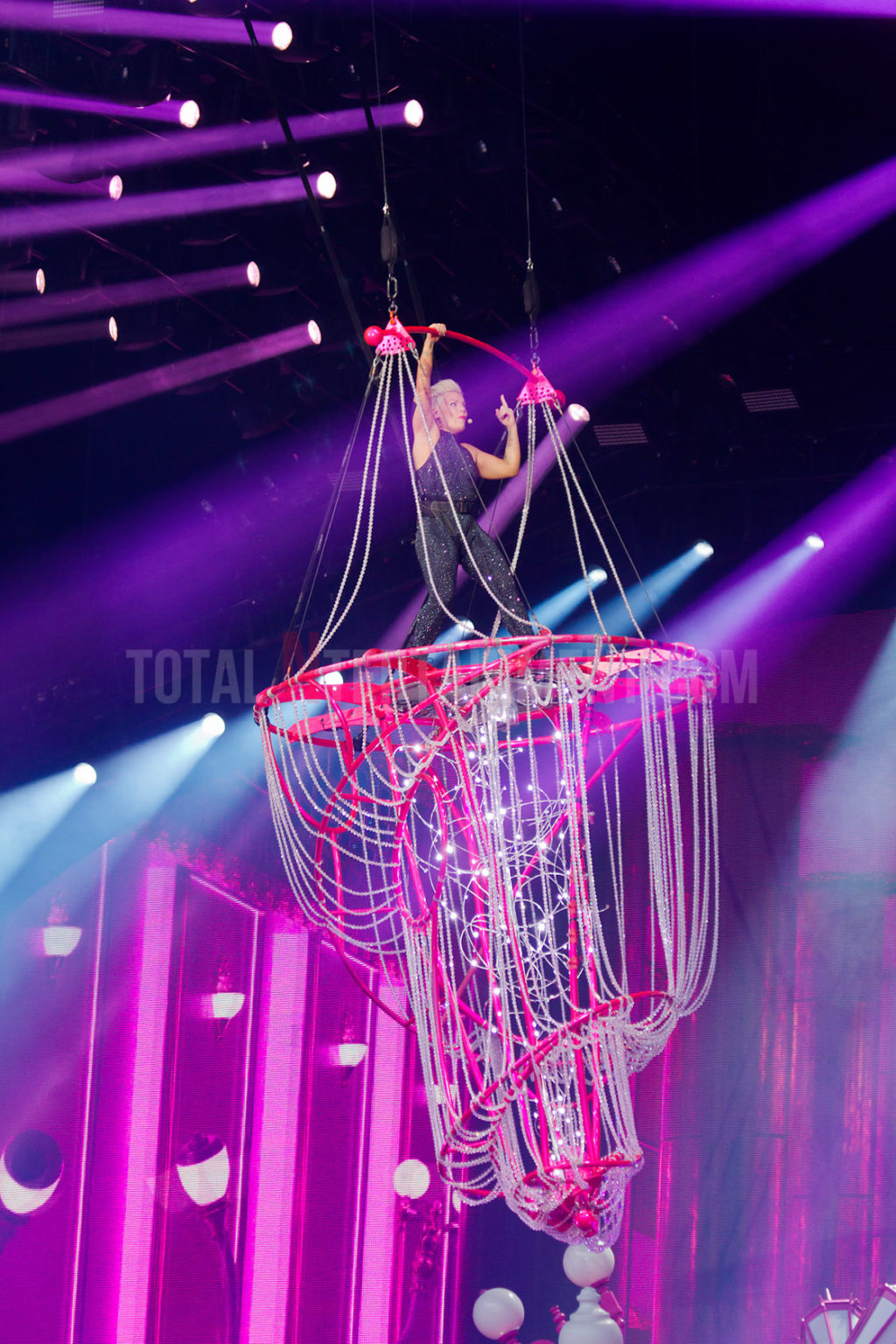 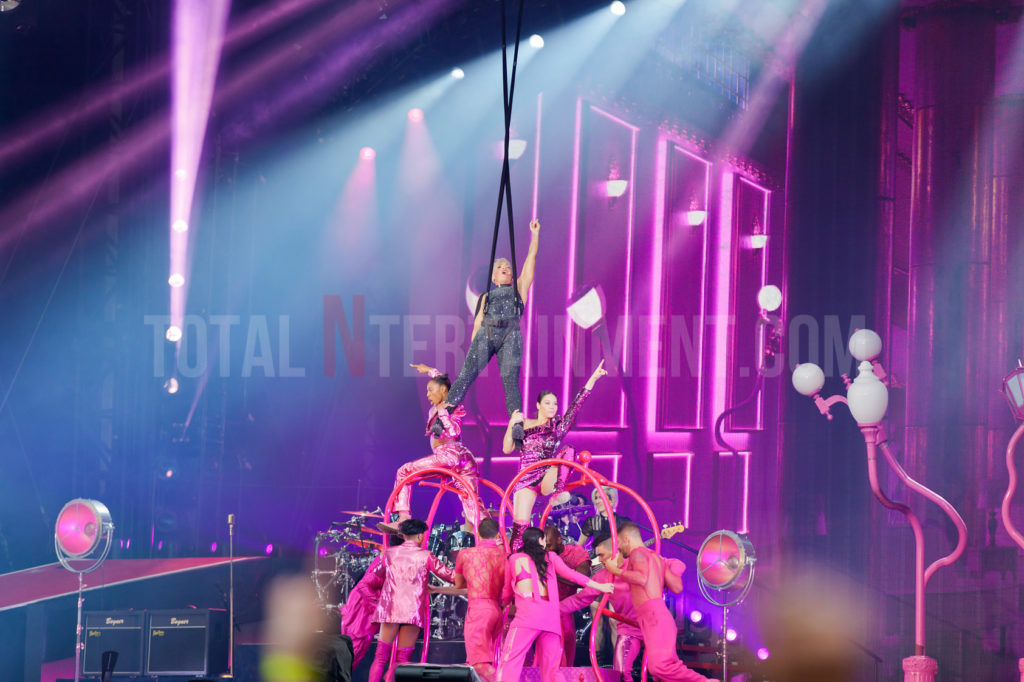 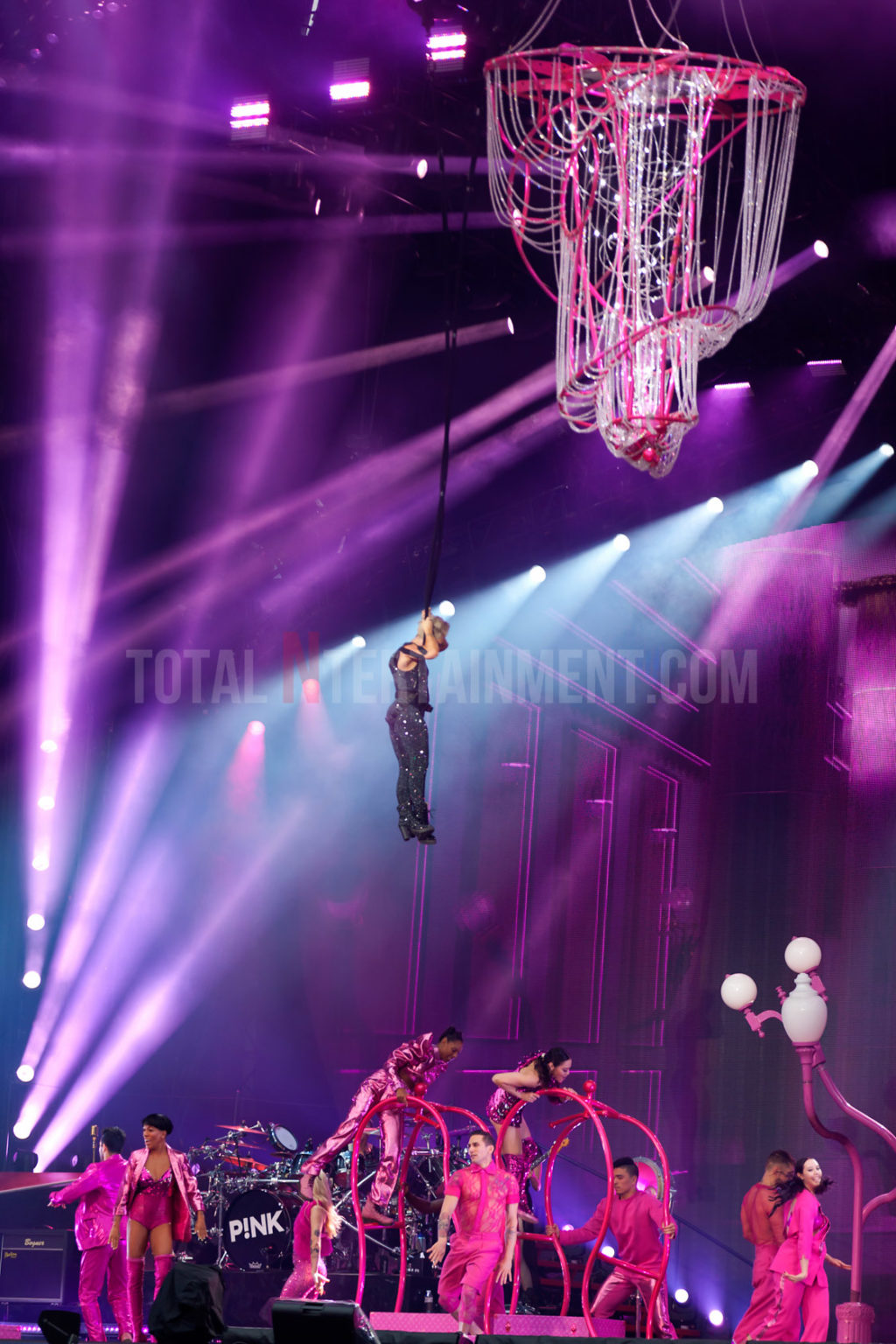 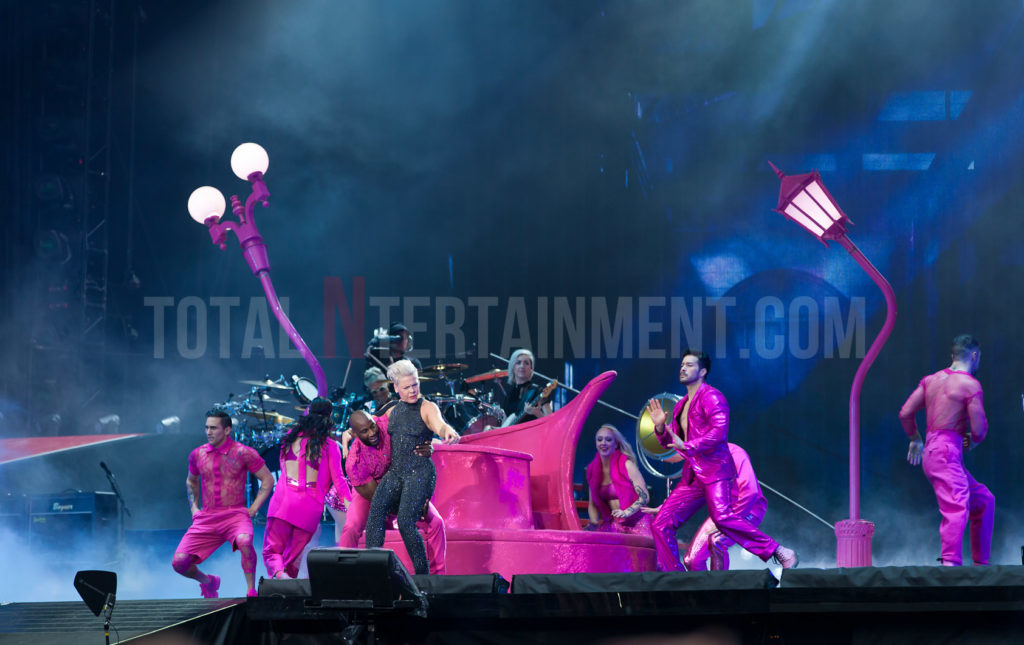 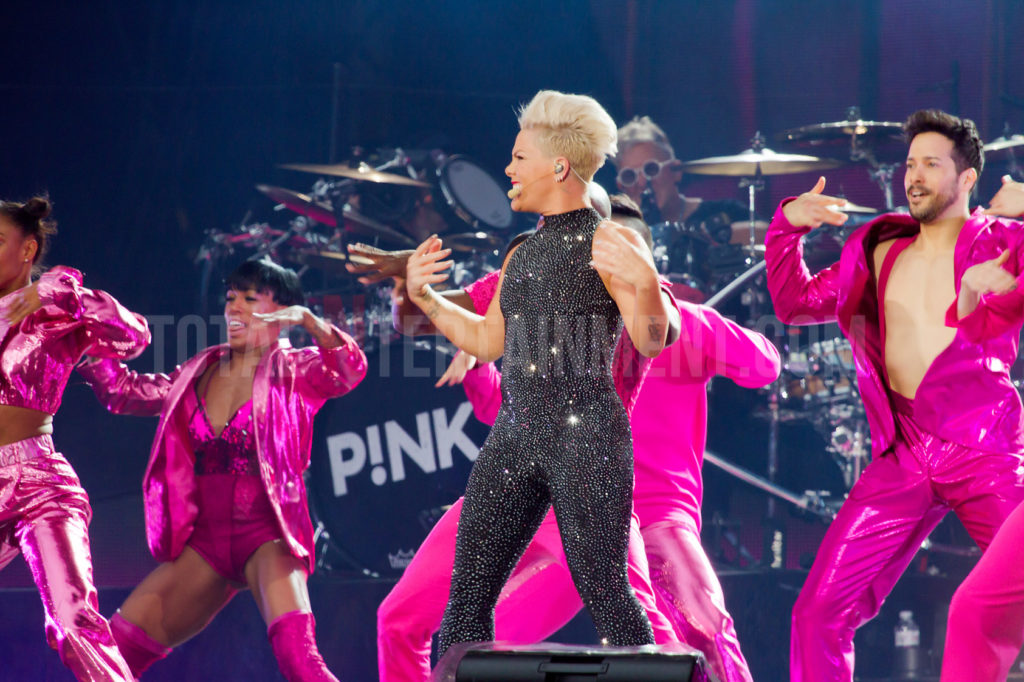 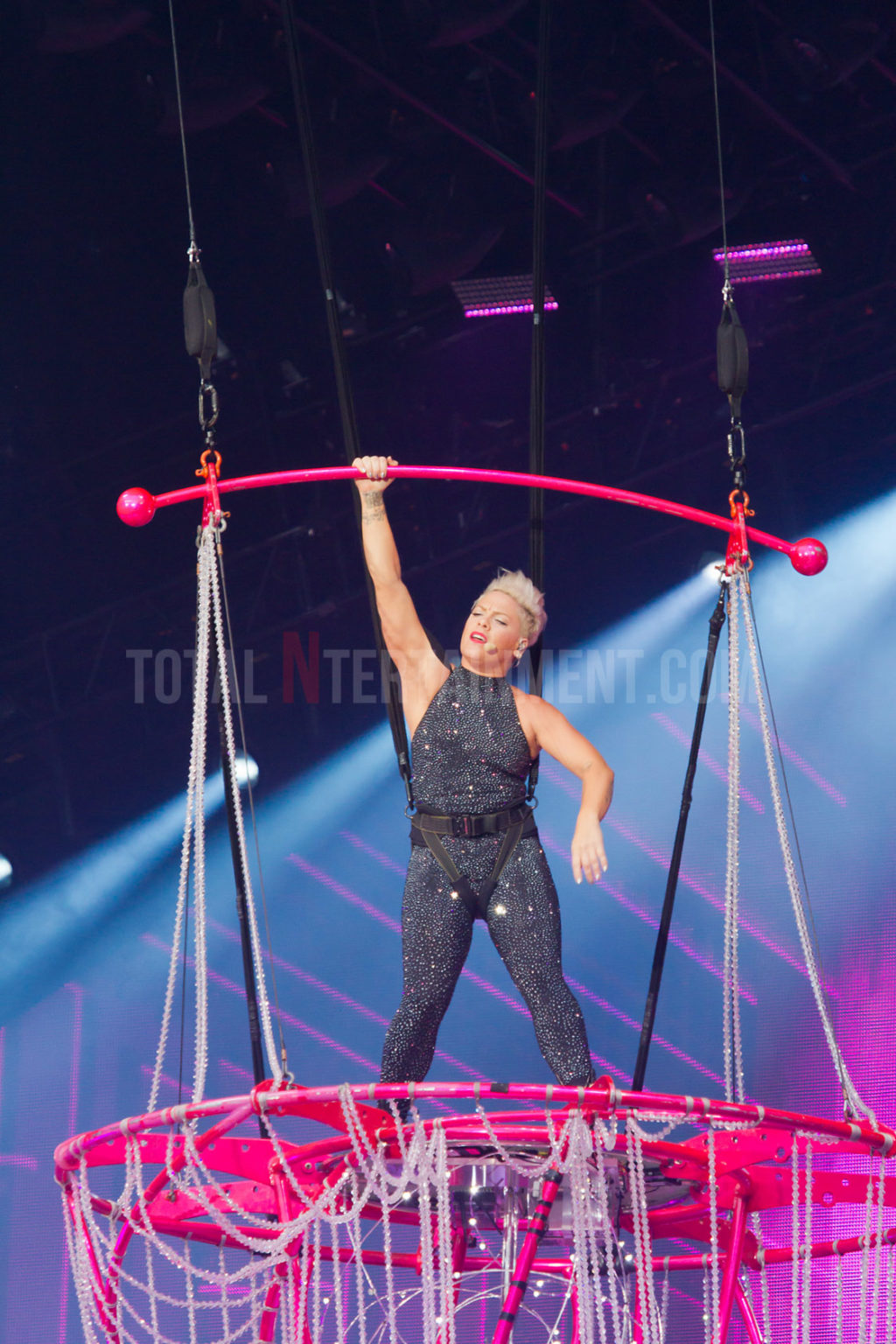 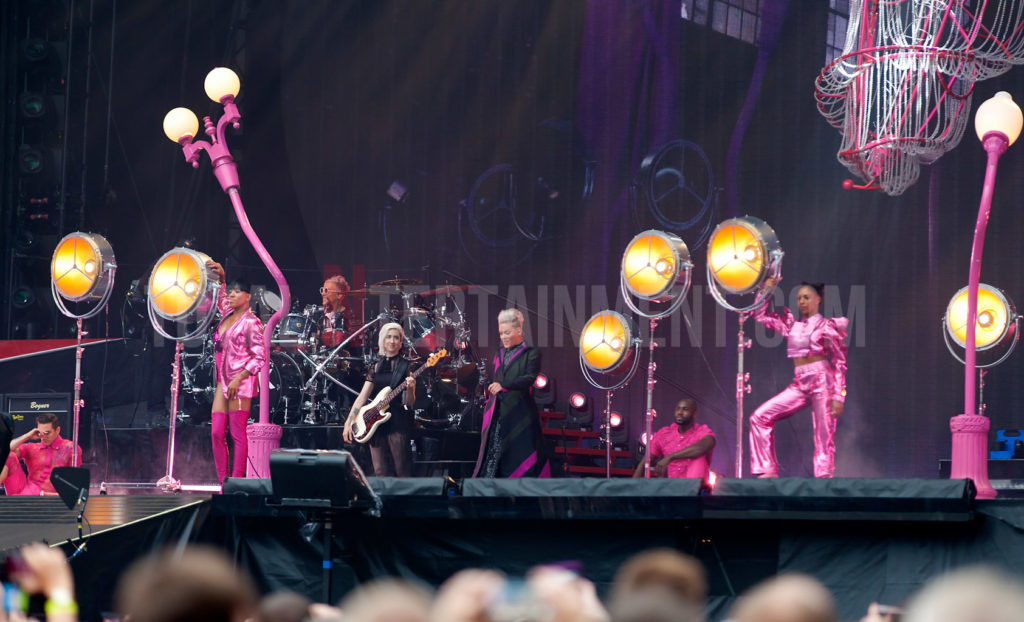 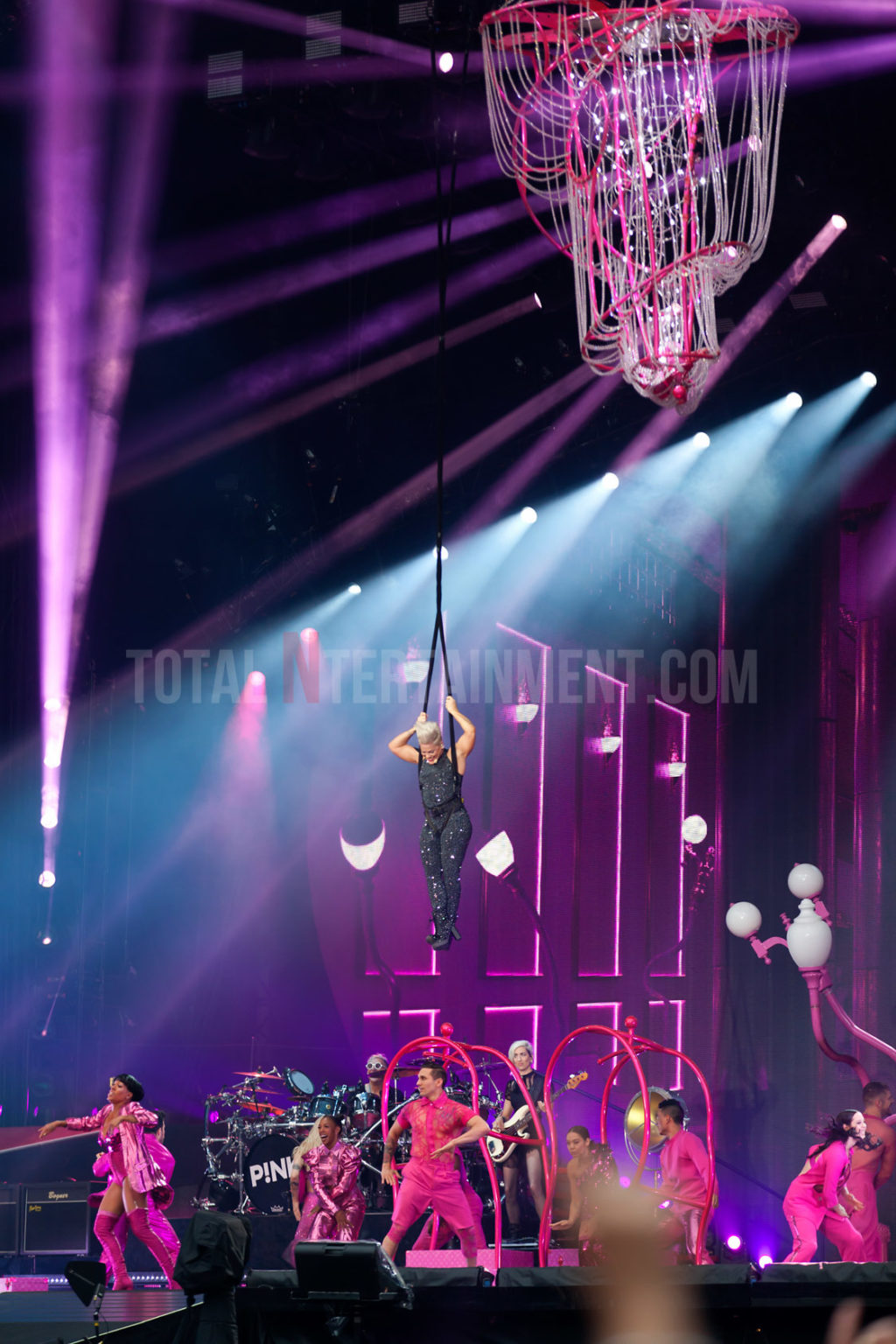 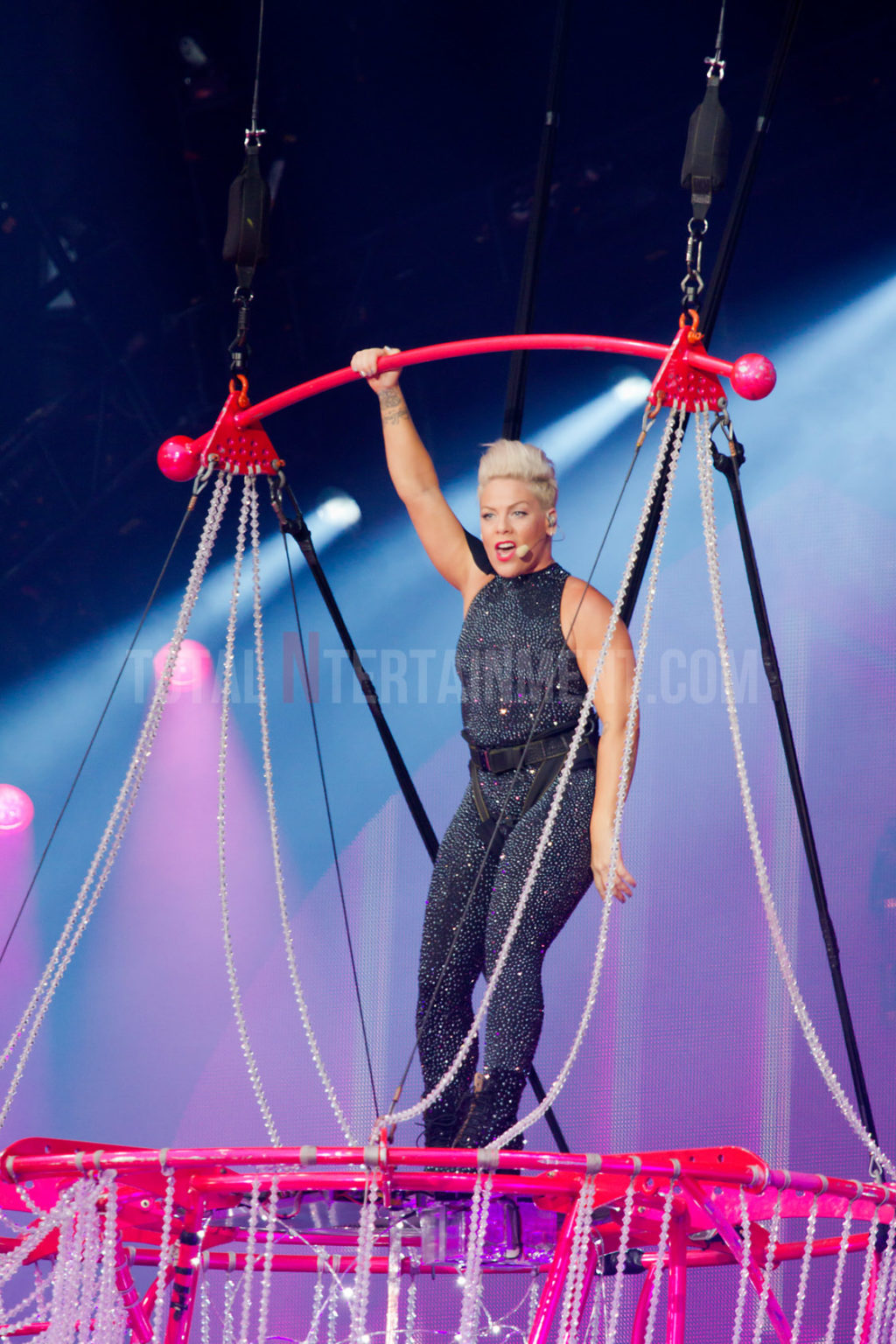 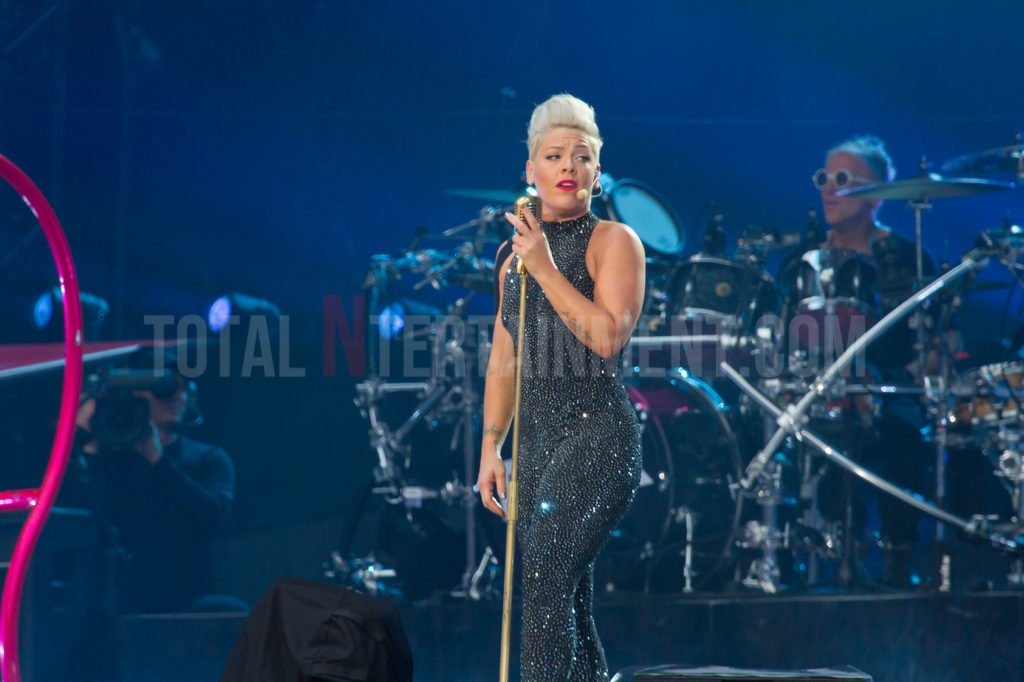 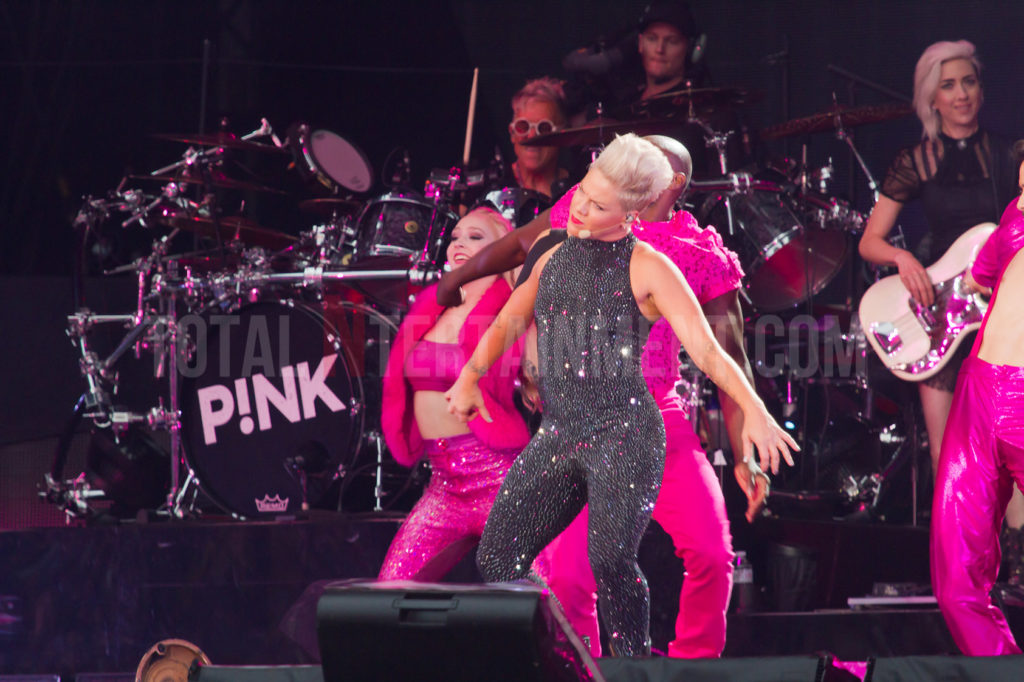 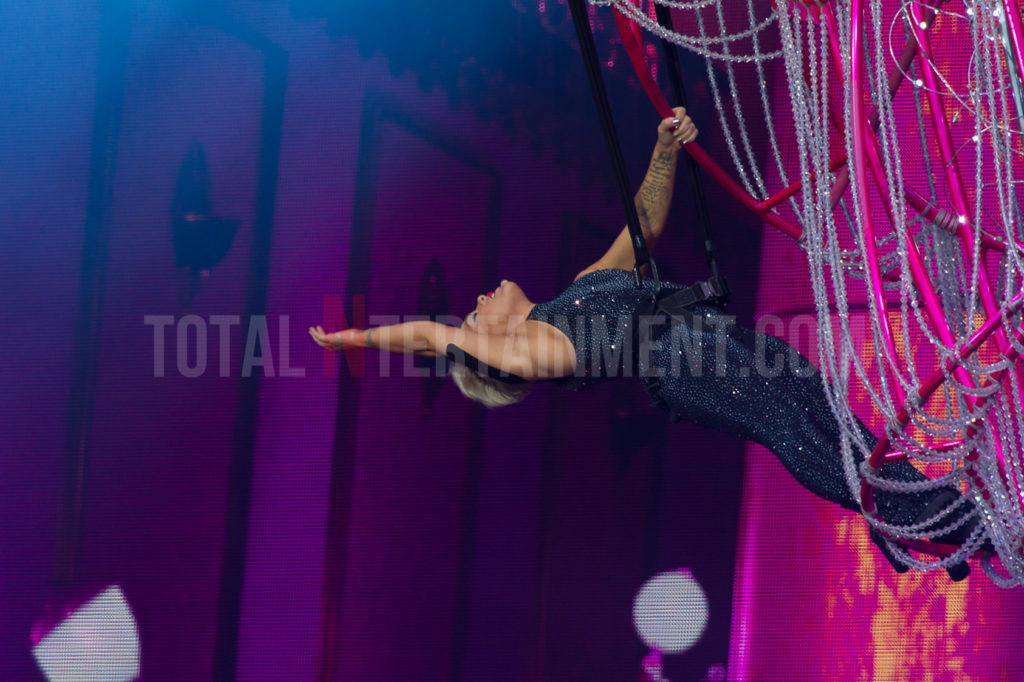 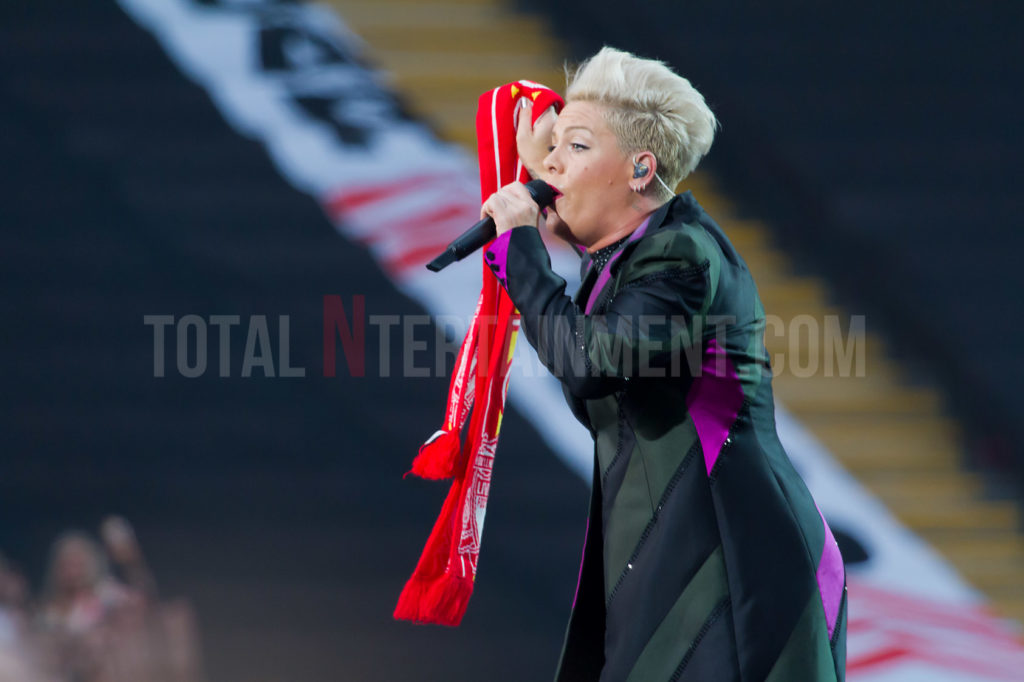 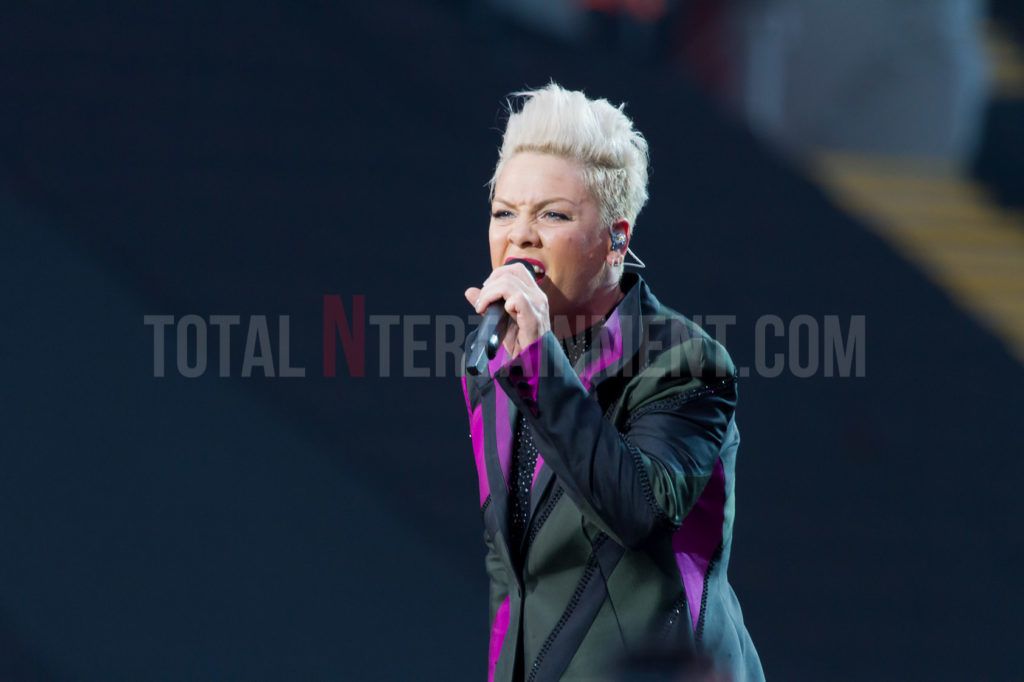 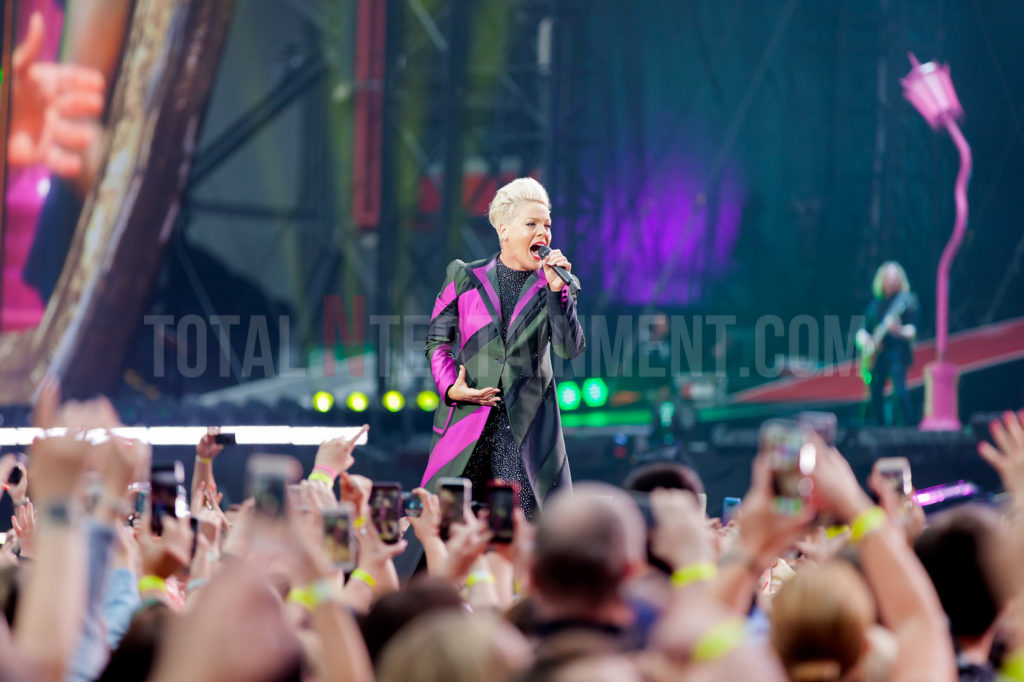 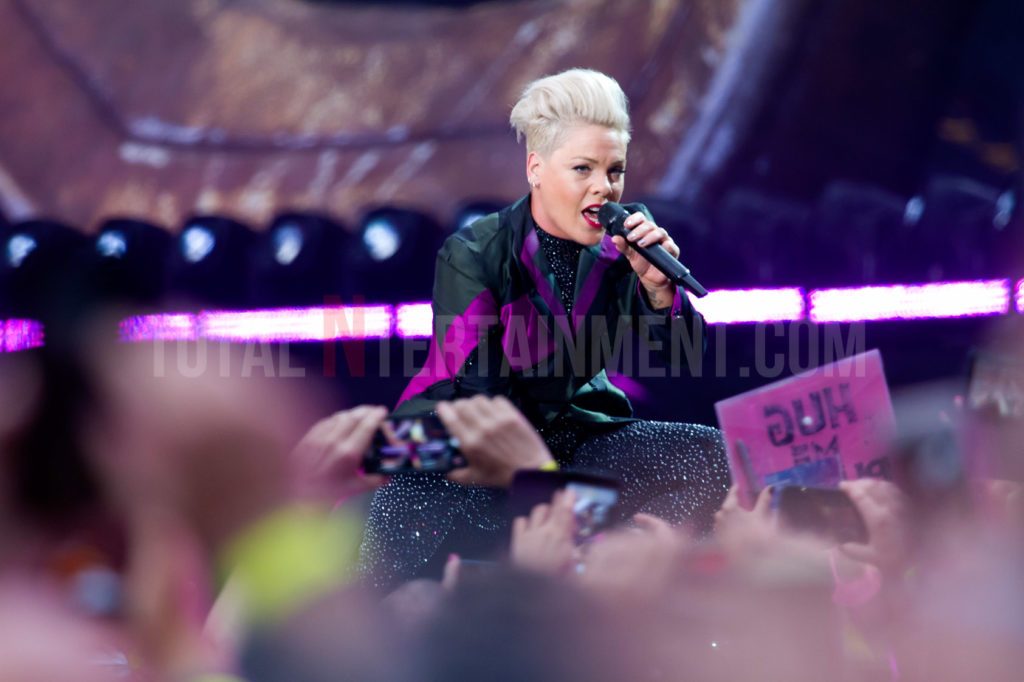 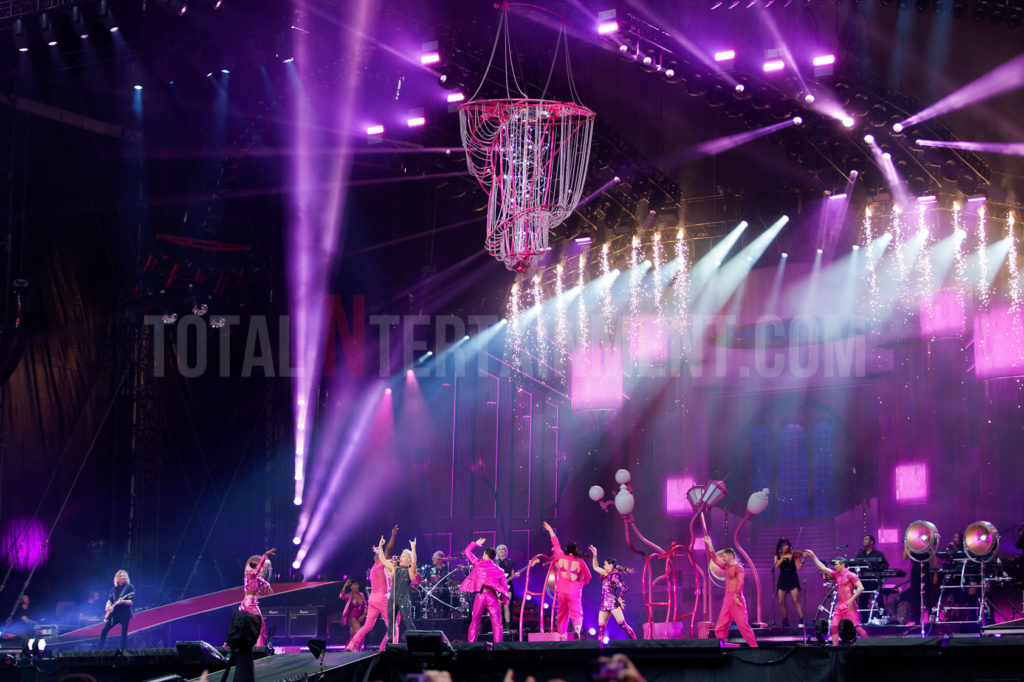 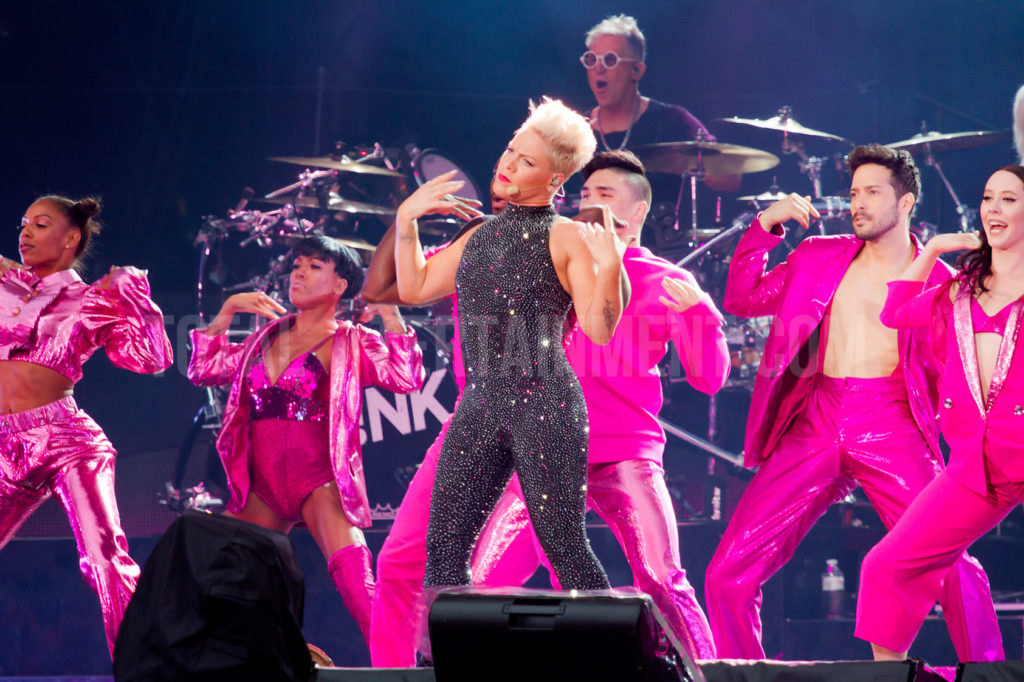 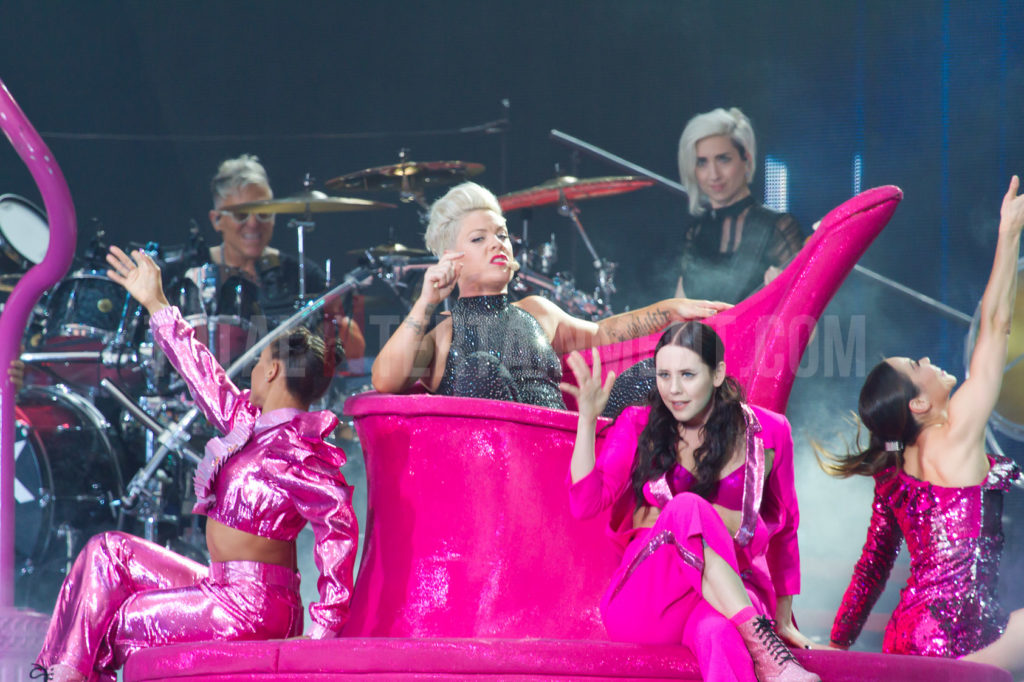