Aberdeen’s Cold Years have announced a UK headline tour for November and December. The five date run sees the band kick off in Newcastle, before shows in London, Bridgend and Birmingham, finishing up in their native Scotland at Edinburgh’s Mash House.

Speaking of the tour, the band say “It feels like forever we’ve had to wait to take these songs on the road and these intimate shows are the perfect setting for us to reconnect with a live audience. We’ve been working hard on making sure that these are going to be the best Cold Years shows yet and it’s super exciting to finally play a lot of the songs from Paradise, as well as some brand new songs live for the first time.”

Last week, the band returned with storming new single, ‘Headstone’, a song that finds the trio returning with a new found dynamism, regaling vocalist Ross Gordon’s years of debauchery and all that comes with it.

Speaking of the song, Gordon shares, “I really had a tough time of it a while back, and I was partying too hard. This song really opens that up and exposes the vulnerability that comes with growing up. It kind of peaks and troughs between the highs of being up, and the lows that come crashing into you the next day, and the guilt associated with that. It’s like – if I keep doing this, I’ll die. I’ll die too young, and I don’t want that to happen. So, I need to get my head in the game and calm it down.”

The accompanying clip (below), is “super high energy, verging on total loss of control. We wanted a music video to match. It’s also the first part in a trilogy based around adolescent growth and the pitfalls that surround it.” 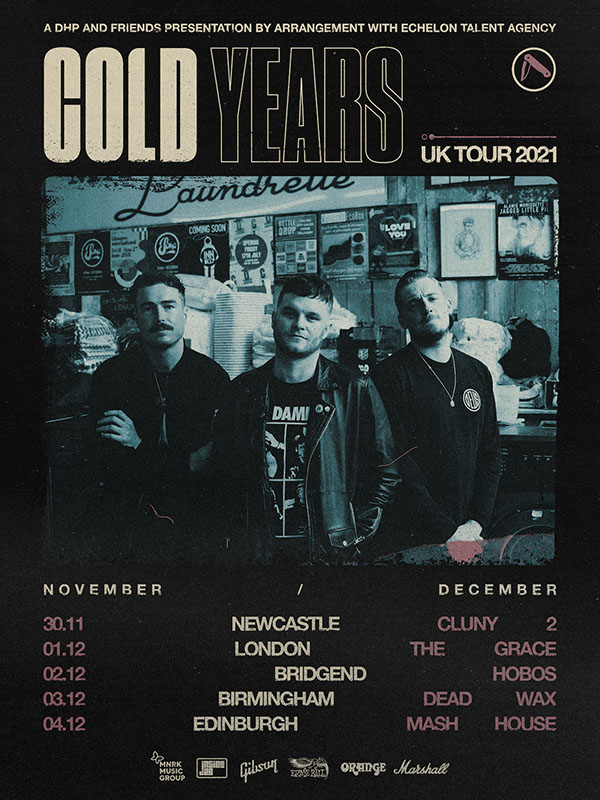