International pop-star, Hayley Kiyoko, has today announced a set of brand new European tour dates for early 2019. The massive tour kicks off on January 29th in Dublin, Ireland, and spans over nineteen dates all across Europe, including dates at Manchester Academy and London’s 02 Forum Kentish Town. The tour then concludes in Madrid, Spain on March 3rd, full tour dates below.

The announcement comes straight off the back of a triumphant set of UK tour dates for Hayley, including two sold-out shows at London’s Islington Academy. The Guardian was there to witness and gave the show a glowing ★★★★ review, hailing the young Californian’s “expert dance breaks and elastic electropop”.

Earlier this year Hayley attended the 2018 MTV Video Music Awards in New York and it proved to be a night that Hayley would never forget. Not only did she perform, but she also took home the award for Best Push Artist. Upon accepting the accolade, Hayley dedicated her award to “Queer women of colour everywhere” in a moving speech which you can watch in full here. She was also the runner up in the fan voted Best New Artist category. Following on from her winning night in New York it was also announced earlier this month that Hayley is nominated for both “Best New Artist” and “Best Push Artist” at the 2018 MTV European Music Awards, which take place in Bilboa, Spain on November 4th.

Hayley has been taking #20GAYTEEN by storm with her debut album EXPECTATIONS, which has propelled her into one of the most celebrated new artists in the pop landscape. According to Rolling Stone, “her latest singles – ‘Curious’ and ‘What I Need’ (featuring Kehlani) – have placed her at the forefront of an unapologetically queer pop movement, and she turned 2018 into “#20GayTeen” with the release of her long-awaited debut LP.” The Observer went on to say that, “Her airy, LA-dreamy debut album sounds sparkling & refreshing”. Perhaps VICE sums it up best, stating that “Hayley is exactly what we need from a pop star in 2018”.

Tickets for Hayley Kiyoko go on-sale to the general public on Friday 02 November 2018 at 9am at www.livenation.co.uk/ 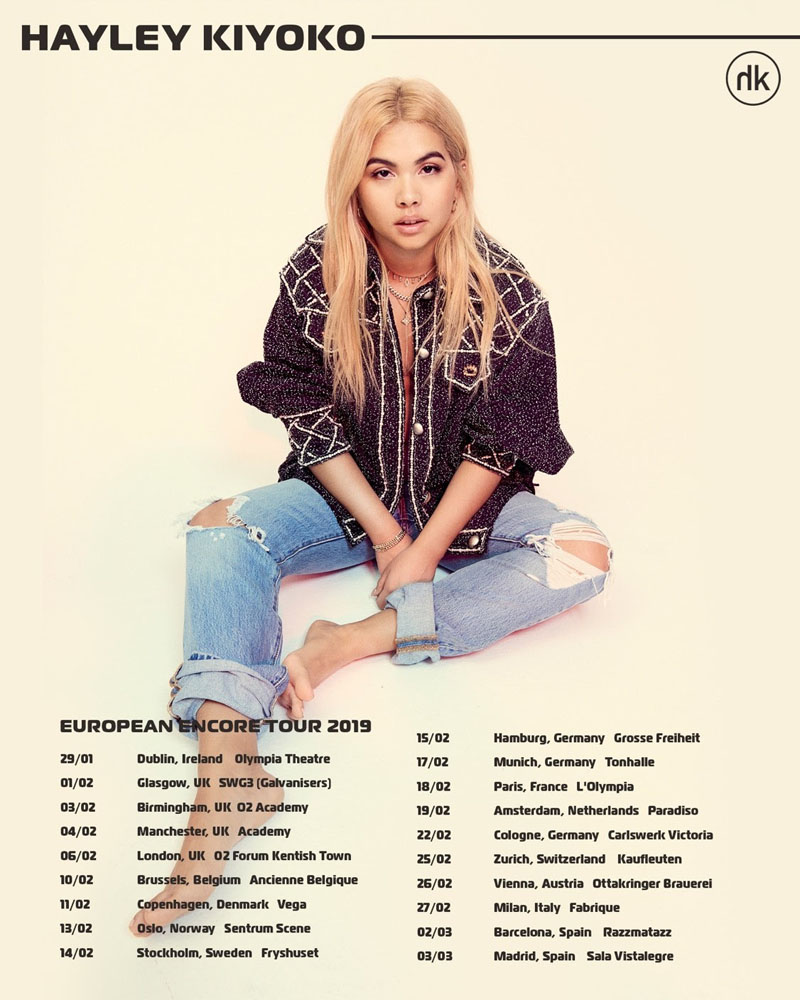