Milestones have just announced that they are splitting up, and will honour their time as a band by playing two final shows in January 2019. Despite being made with heavy hearts, it was a joint decision between the band to call it a day. The four-piece are ready to explore other avenues and start new chapters in their lives, and feel that this is the right move for them. Milestones will play two final shows as a band in January 2019, at London’s Thousand Island on the 18th, and at Manchester’s Night People on the 19th. Tickets go on sale on Wednesday at 10am, here. Read the band’s full statement here. 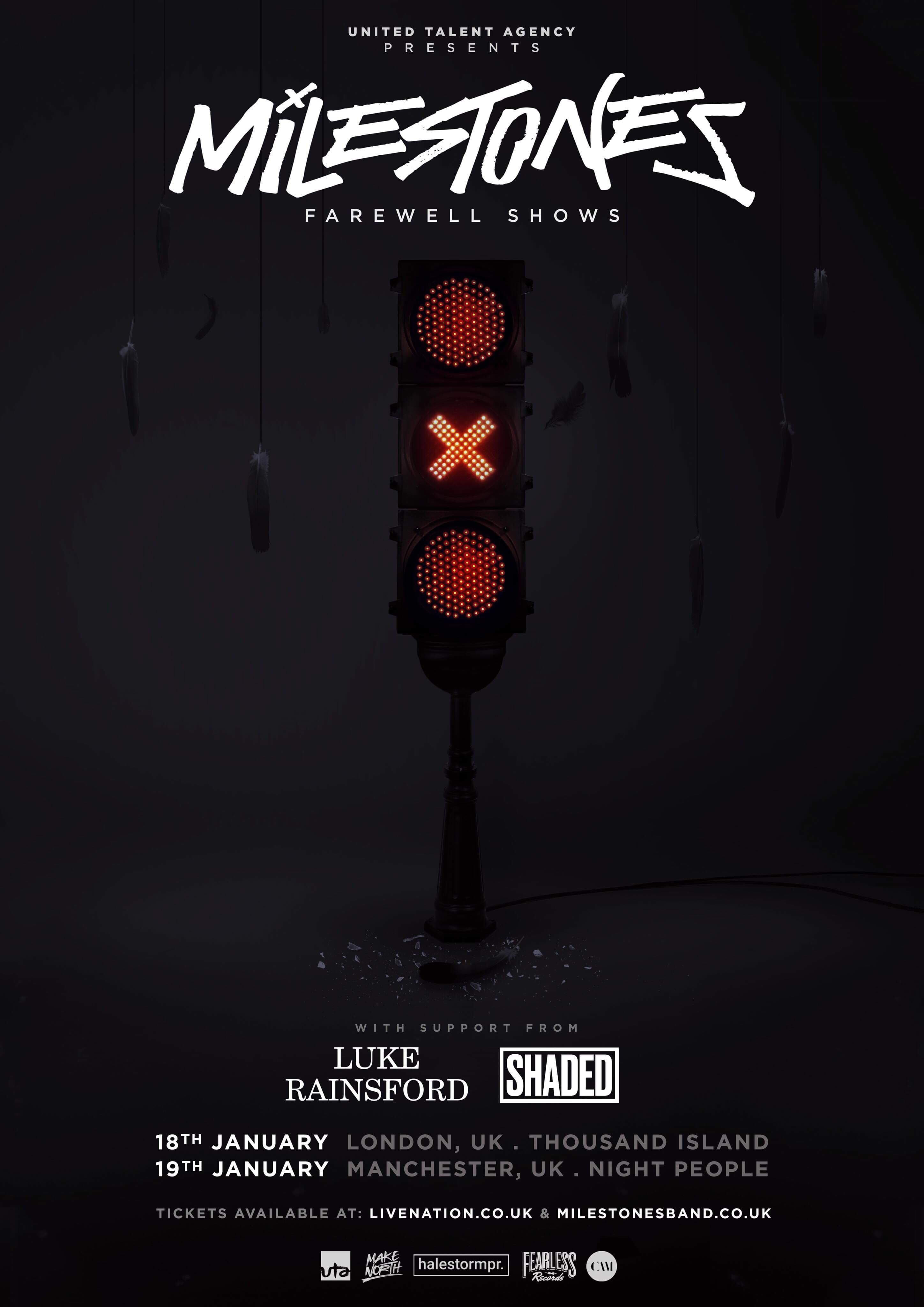 Milestones formed in 2014 and once completing their line up in 2015, they quickly caught the attention of renowned label, Fearless Records. They signed to Fearless and released their EP Equal Measuresin 2016. Milestones soon cut their teeth on the live circuit supporting the likes of Hawthorne Heights, WSTR, Simple Plan and Mayday Parade. The band then released their debut album Red Lights earlier this year. They headed out on their own headline tour, played Slam Dunk Festival and supported Broadside. Milestones also gathered the support of the likes of the BBC Radio 1 Rock Show, Spotify, Kerrang!, Rock Sound and rock press across the board.