There can be nothing more exciting for an up and coming band than releasing your debut album. On Friday 4th March, London five-piece Kawala finally released their “Better With You” and are currently touring around the UK playing intimate in-store acoustic sessions ahead of their upcoming headline tour. Before one of those sessions at HMV in Manchester, TotalNtertainment spoke to Jim and Daniel from the band about the album, how it felt to headline the iconic Kentish Town Forum and what the last two years have been like for the band.

Thanks for your time and for talking to us. It must be quite an exciting day for you with the album finally getting released?

“It’s quite surreal really. I don’t think it has quite sunk in. We’ve put out quite a bit of music before so maybe we are slightly desensitized to the process but I think we can definitely feel that this is different.

The last eighteen months haven’t been great though for bands has it?

“No, but the one positive to come out of it is that it massively helped us to get this album together. We had a very different idea of what we wanted the album to sound like eighteen months ago but the last two years have been pretty pivotal in shaping what we wanted to achieve as a band.

It meant for the first time ever we had time to breathe as a band. It’s so full-on in a band that you never get time off so writing music becomes the last thing as there is always a million and one other things to do. For the first time ever though, we’ve actually been able to just concentrate on the writing.”

It’s a very different landscape for a band now with so many more opportunities opening up and ways to do things differently. Do these new ways of working excite you as a band?

“Yes and no. So far we’ve had a fairly traditional route as a band. We’d almost built notoriety before we’d even written any music. We got signed almost solely off the back of doing shows. Then there is the whole social media side of things where promotion is centred almost completely around social media. Partly due to lockdown as people have had nothing to do but stare at their phones. It seems to be sticking around and while it’s not something we’re scared of or necessarily bad at, it’s not what we envisioned when we first started out.

We’ve lived and existed as a band through almost two polar opposite ways of doing things. We come from quite a traditional background in terms of how we started as a band and how we built up our following then suddenly switching to this online world which we live in now is weird but you’ve got to get on with it. There are elements of it that are fun. We’ve gone through elements of despair at having to use a TikTok account but there are times when you get over that and realise it’s not going anywhere so you’ve just got to give it a go and we’ve ended up finding ways of making it fun for ourselves.”

Now life is returning to normal do you think that is something you will continue?

“I think we’re ready for the focus to go back onto the album and getting out and playing gigs. Playing gigs is the way we cut our teeth and it’s the best way for us to showcase what we are about as a band. We’re easily better live than we are on record, haha, but we’ve also seen friends who have just exploded on social media. I guess it is about balance and having both sides covered. One doesn’t exist without the other so you’ve just got to cover both bases.”

You said earlier that the vision for the record changed. Was that a gradual change or did it just happen?

For a lot of bands, they use their debut album as a way of celebrating themselves and what they are. I think with us it was about giving back to the people who helped us finish the album from producers to friends, the community and the fans who made it possible to get to this point.”

Do you think the two years break gave you time to explore what you’re about as a band?

“As I said, gigs is where we represent ourselves best as a band so losing those was tough for a while and we definitely had to readjust. In 2020 we had 40+ shows booked which we lost and that was a pretty bitter pill to swallow. The main thing was time, we finally had time to work on songwriting. Like we said earlier, songwriting almost comes last in the schedule. We finally got the time to sit back and look at what we wanted this first album to be and what we wanted it to represent.

What we usually do with any body of work we put out is try to treat it the same way we would a live set. It’s got the upbeat stuff, the more pop stuff and the back-to-basics acoustic stuff. It was because of lockdown and the restrictions put on us that it was difficult to see how everything would come together and it only came together piece by piece or little by little. It could have been luck but it eventually made sense and we realised that we had what we wanted.”

You must be looking forward to playing the songs live then?

“Well, it’s strange because we had all this music that we had written during lockdown that people went mad for and we realised no one has heard it live so when it came to sorting out a set we realised we had two or three albums worth of material that people are waiting to see.

On the tour at the end of the year, we played a couple of songs from the album but we had to get the balance of keeping our cards close to our chest about the album and also realising that if we didn’t play some of the older stuff now we may never get chance to play it again.

The uncertainty as well didn’t help because, as an industry, we were so left behind by the Government. All these places would keep opening but not live venues. It was tough because things were constantly opening but not gigs or venues. Then it would return a bit then go back into lockdown. We had to rearrange tours three or four times. You’re sat there at home wondering when or if it was going to happen.

Unfortunately, there were a lot of artists who didn’t survive but we were pretty certain that we had to persevere and just stick around.”

You ended last year headlining Kentish Town Forum which must have been a great way to cap off a tough two years?

“Oh, it was amazing. We’ve seen so many incredible bands play there that it was always our dream as a band to play there as well. We grew up ten minutes either side of the venue. It was always such a dream so to end the year headlining it and starting the new year off with the album is incredible and we can’t wait to see where it goes.” 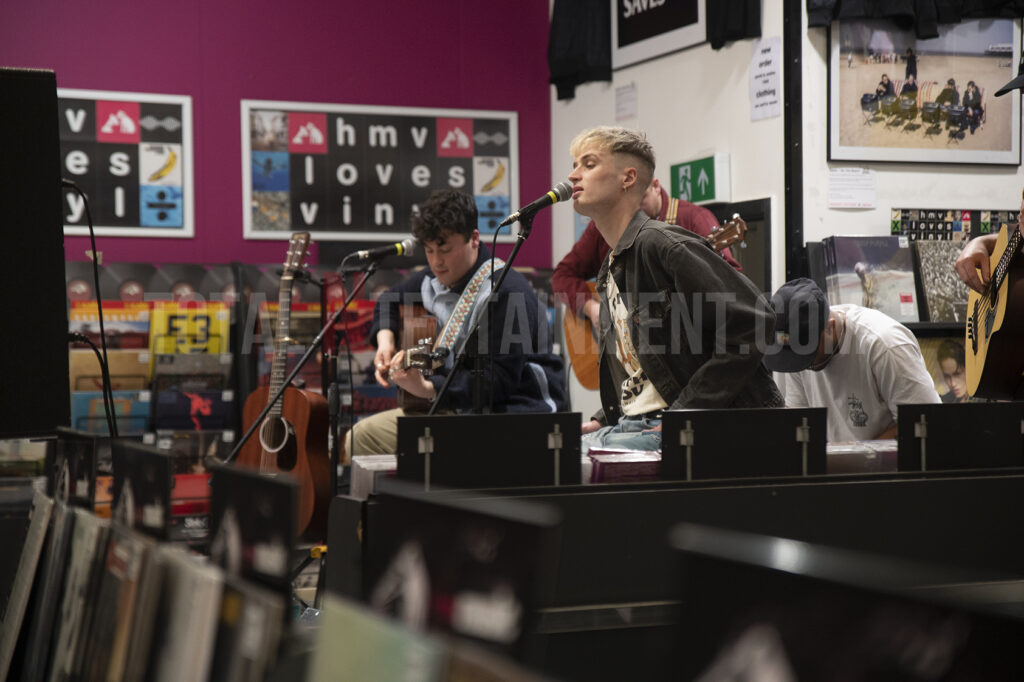 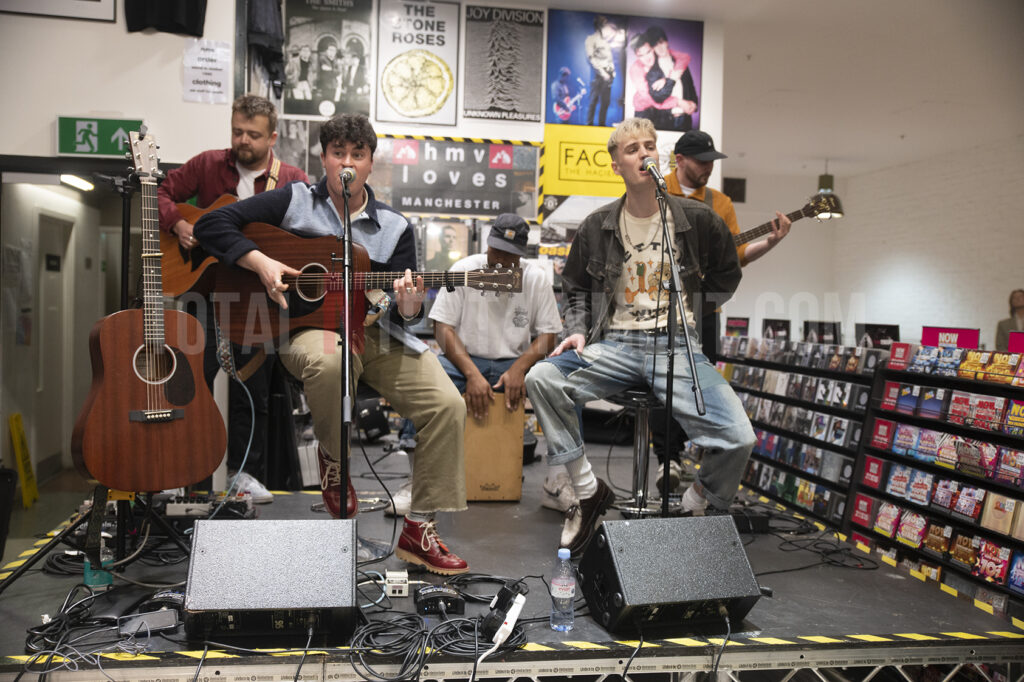 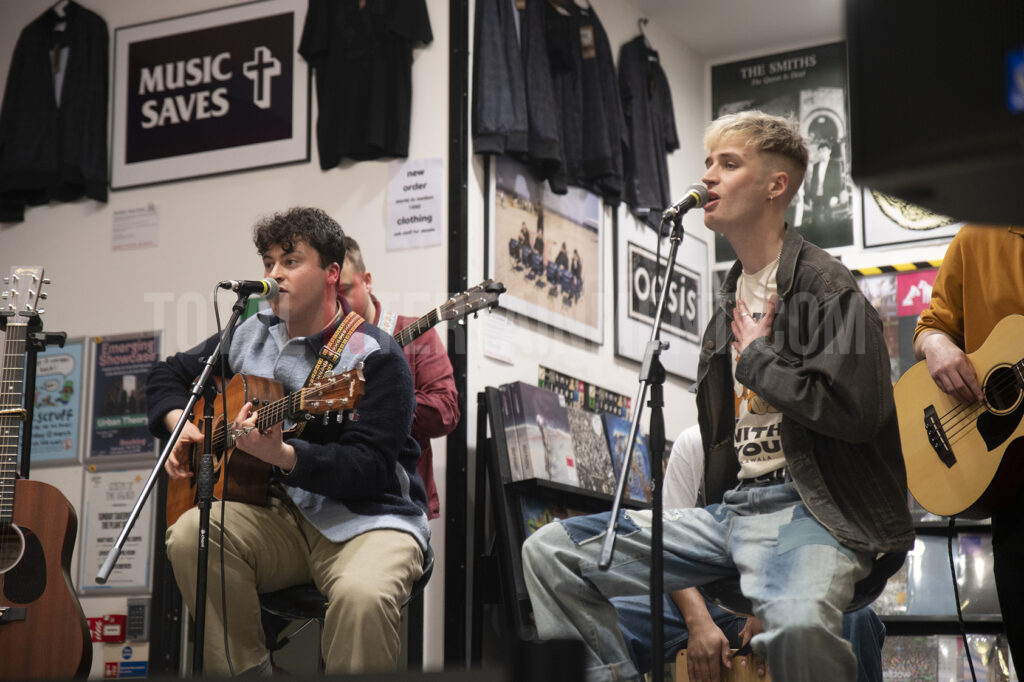 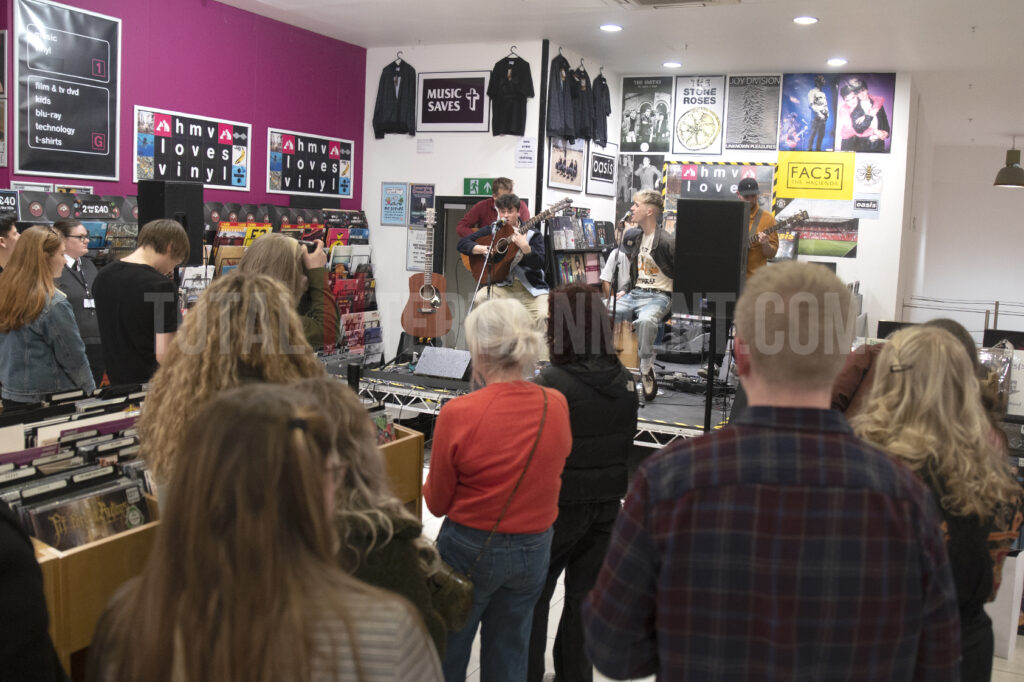 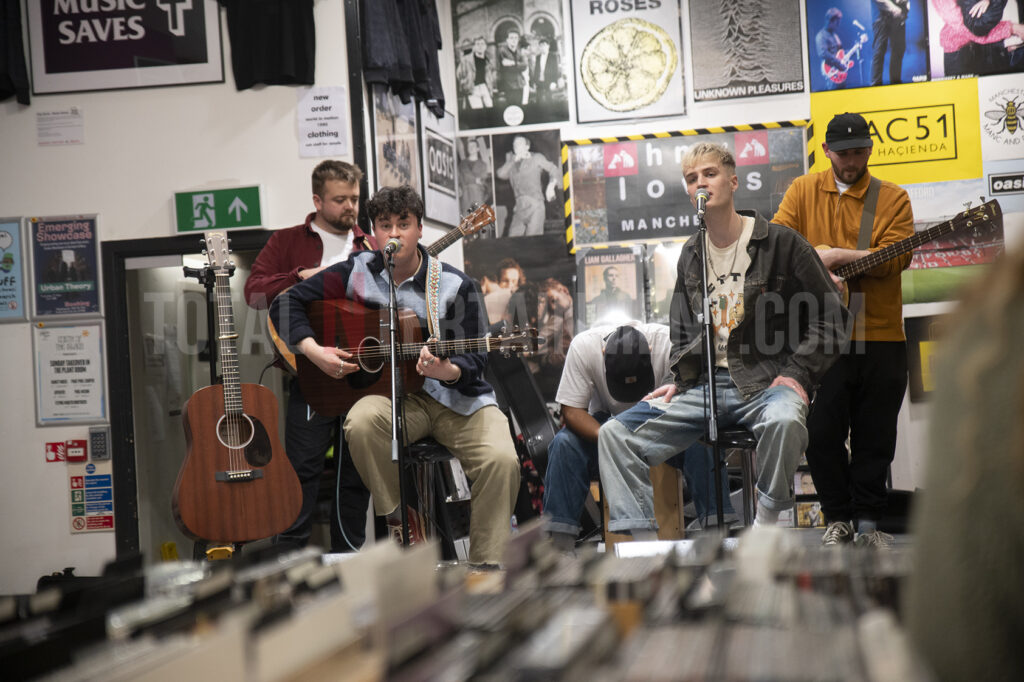 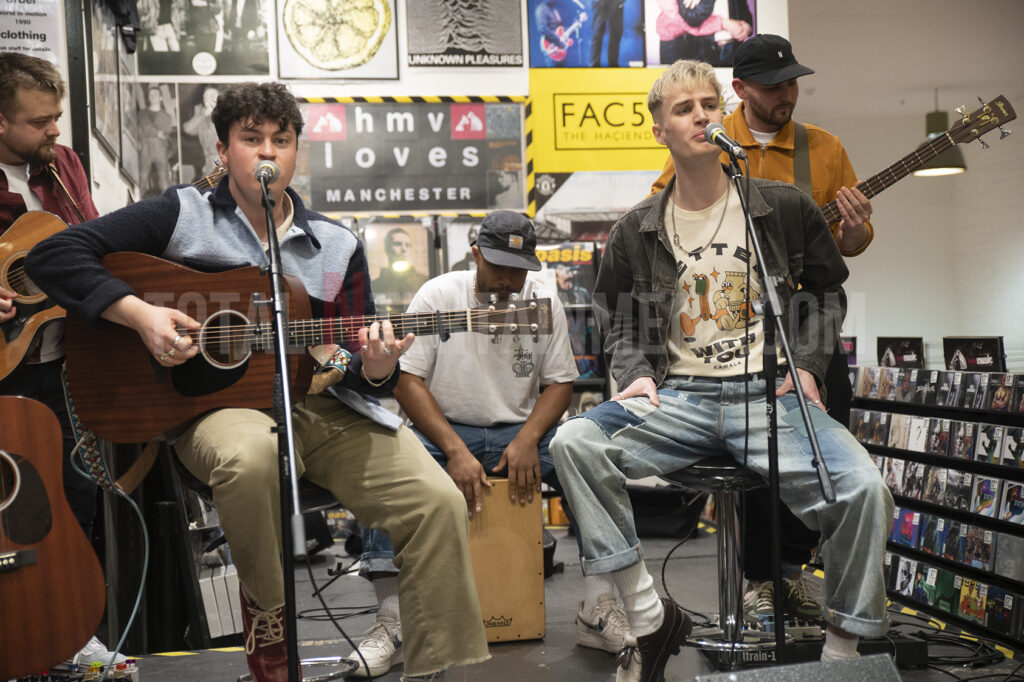 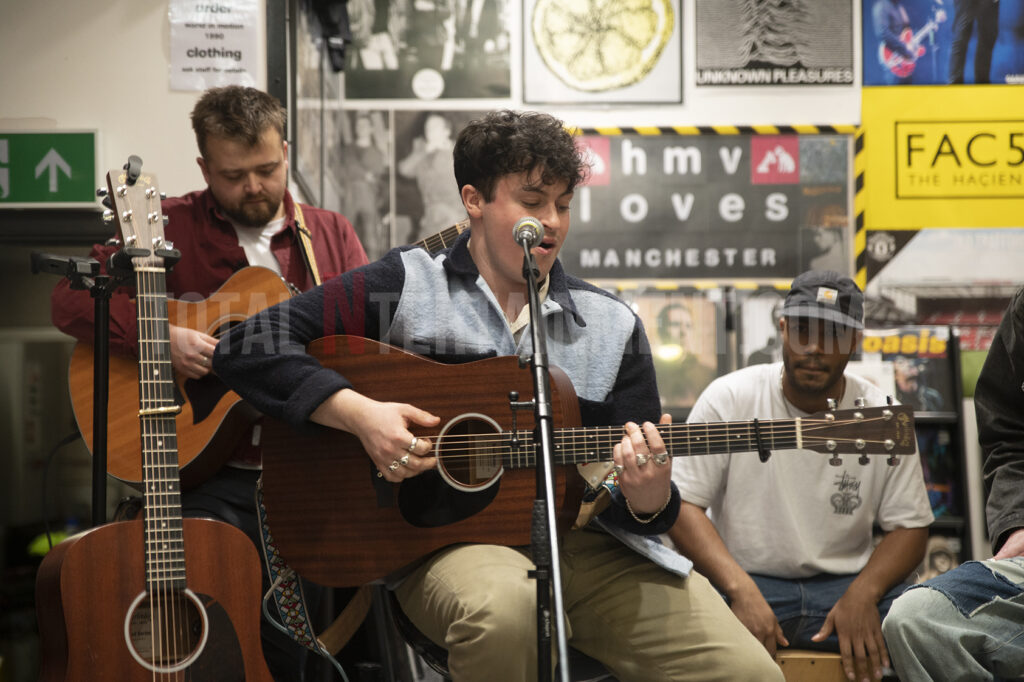 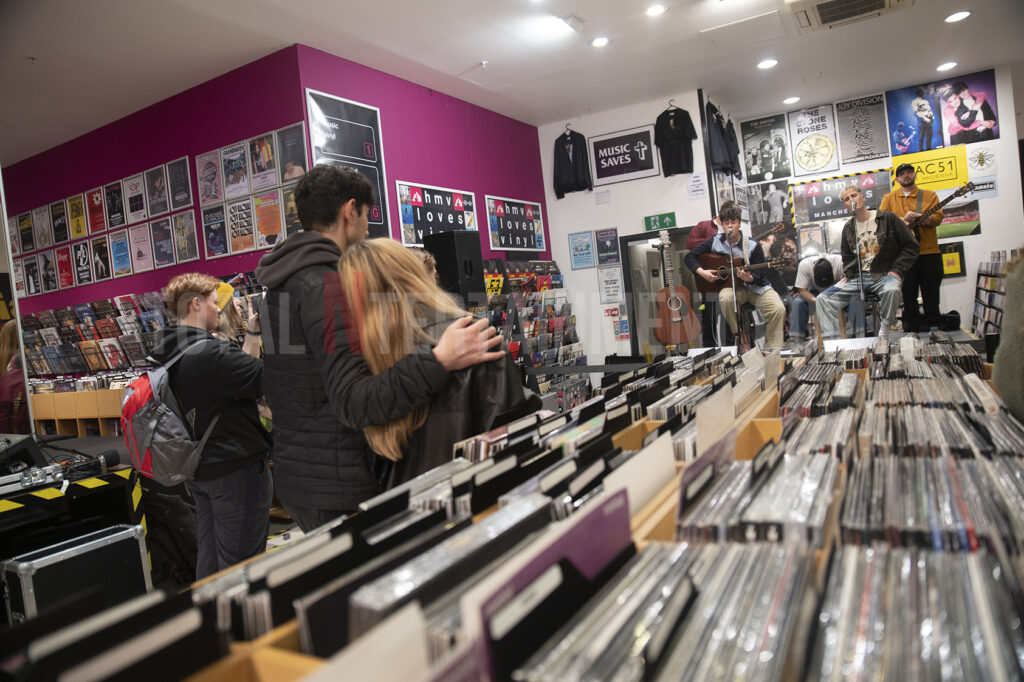 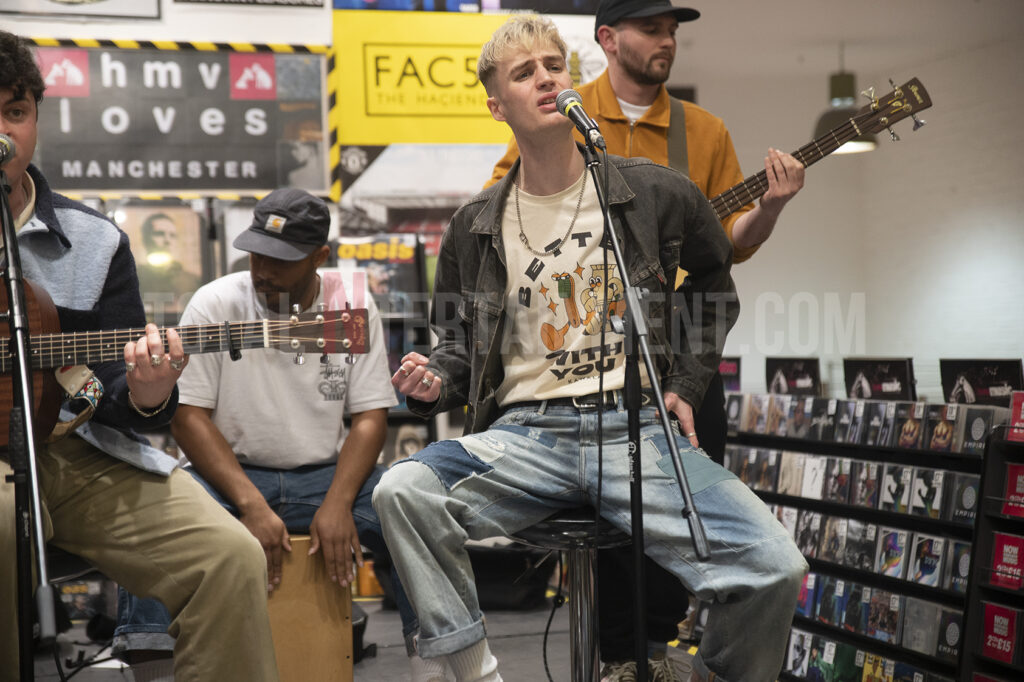 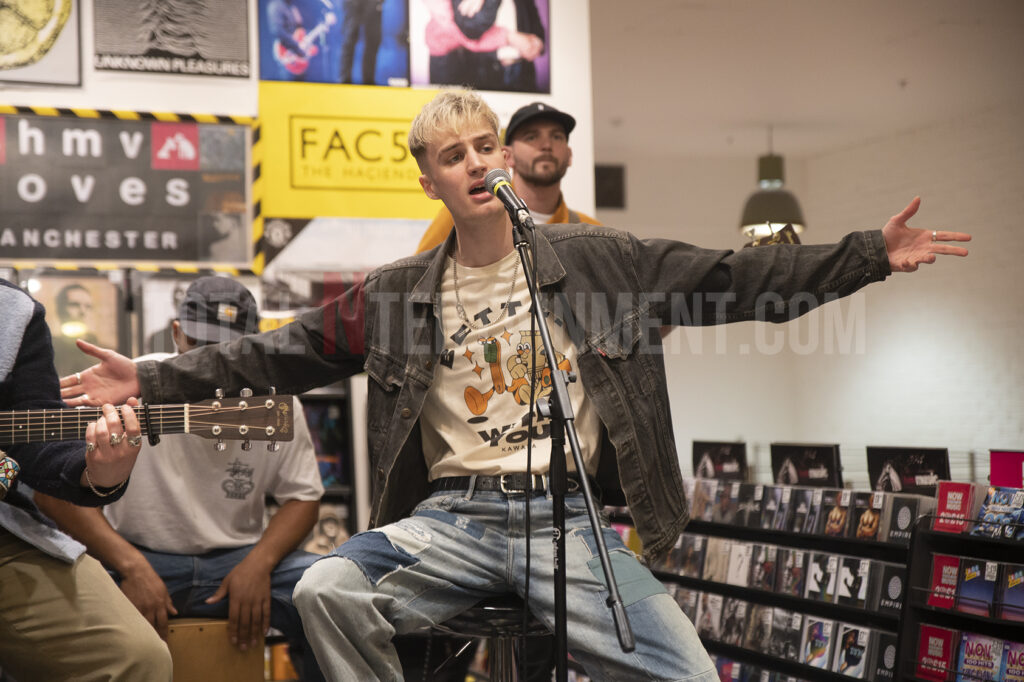 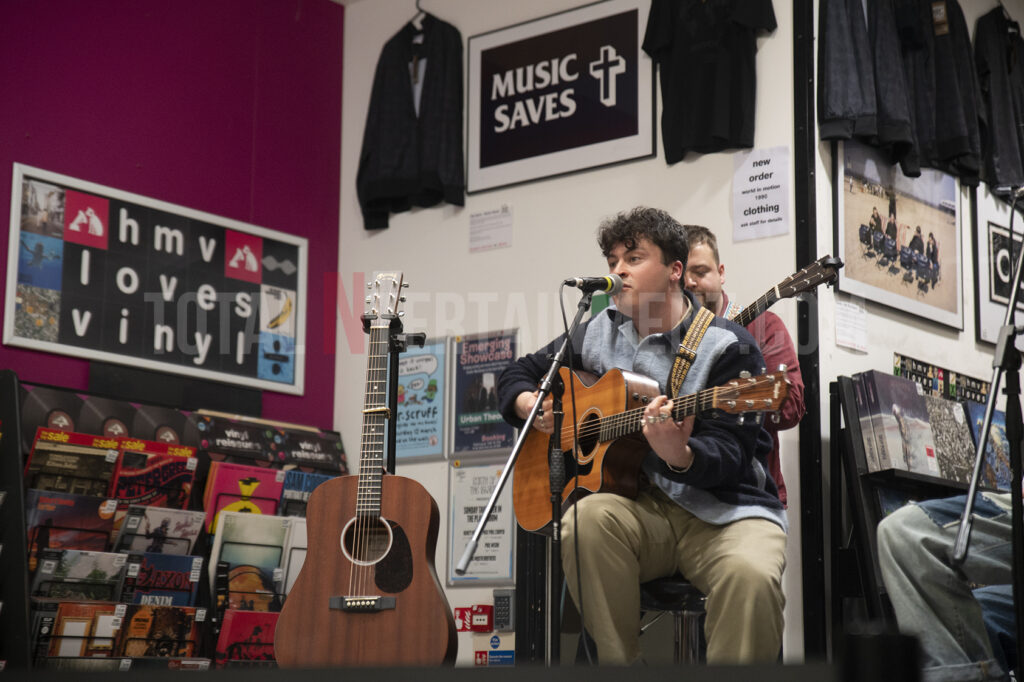 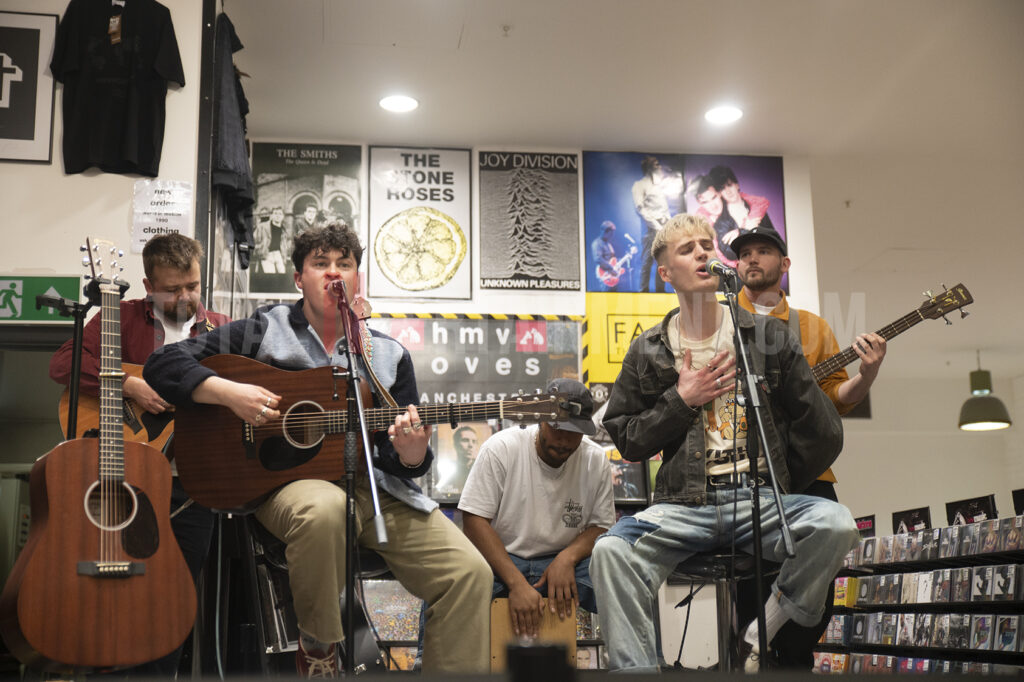 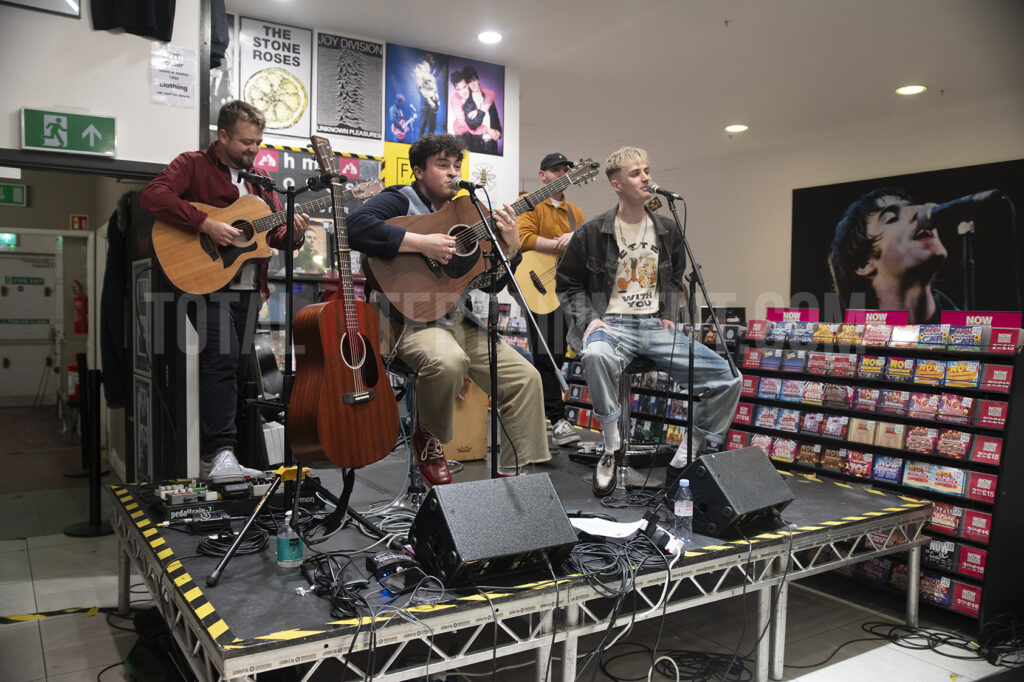 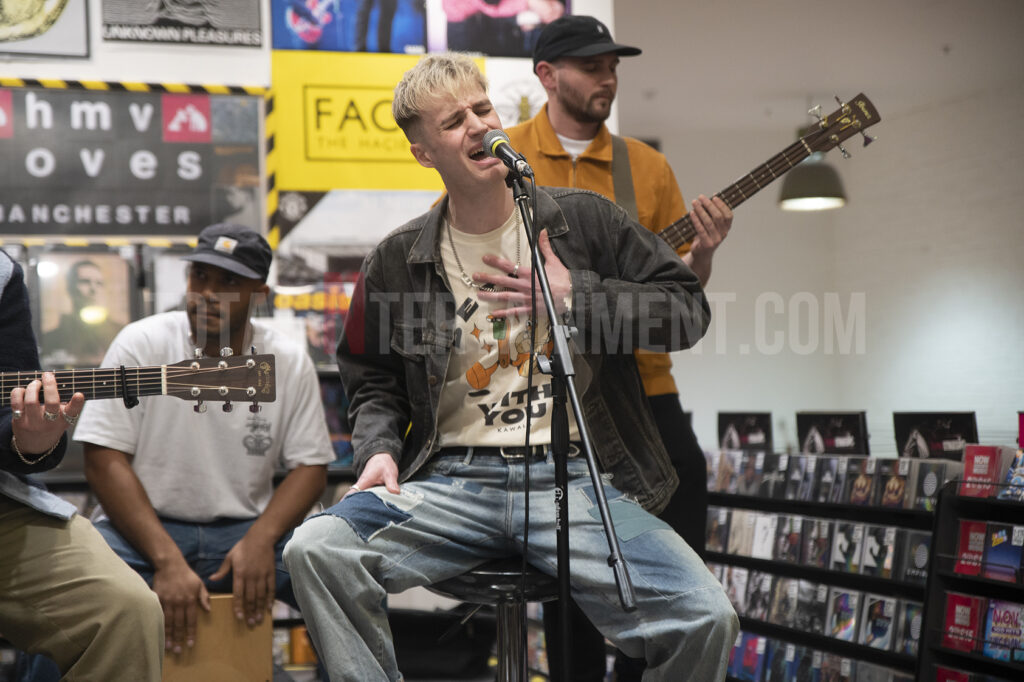 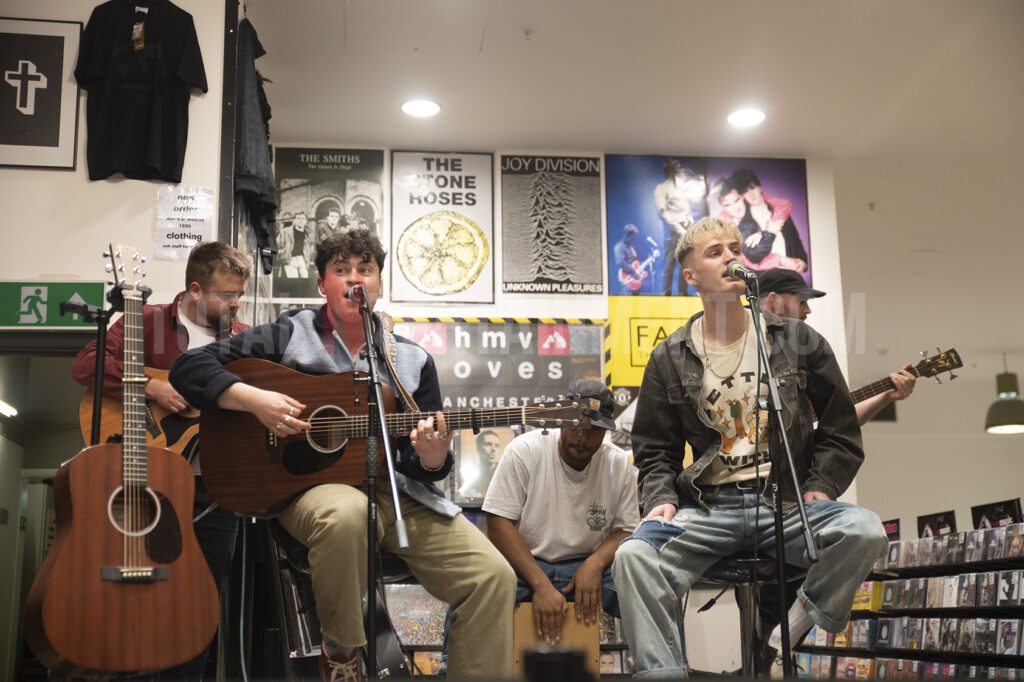 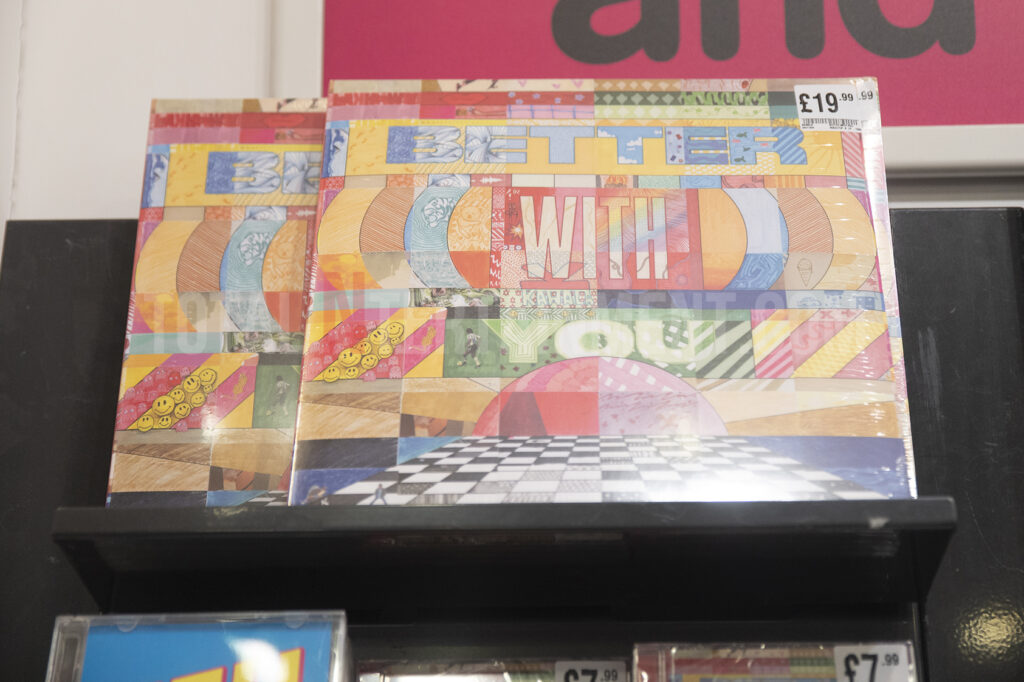