Due to phenomenal demand Lighthouse Family have added a second run of tour dates for February 2020 in addition to their nearly sold-out run in November 2019. Lighthouse Family’s new album ‘Blue Sky In Your Head’ – the multi-platinum selling duo’s first new studio album since 2001 – will now be released on July 5th, moving from its original May release date:

We are very sorry to have to share this message with you – due to some unforeseen production issues, the release date of ‘Blue Sky In Your Head’ is moving back to 5th July… We are so thankful for all of your support and for waiting so patiently over the last 18 years. We hope this will be worth the wait for you.
Lighthouse Family HQ

Pre-order ‘Blue Sky In Your Head’ via the Official Store.

Tickets on sale 10am this Friday May 3 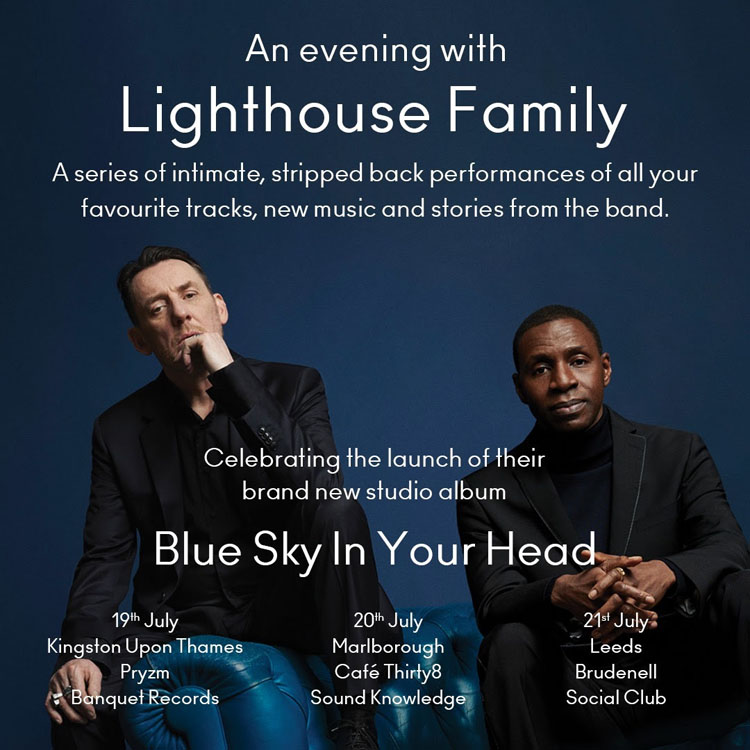