TICKETS ON SALE BY MAY 3RD

Muse have announced plans to release their ambitious ‘Drones World Tour’ to cinemas worldwide on July 12th for one night only, through Trafalgar Releasing. Exclusive screenings will bring the globally renowned, multi-platinum-selling band and their Drones ‘in the round’ spectacular to the big screen. Tickets will go on sale by May 3rd. For more information, including screening locations, please visit – musedrones.film.

Alongside exclusive insight from the band talking about the creative concept, highlights of the show include autonomous Drones flying across the audience, giant projections and intricate, perfectly crafted LED laser works that create an eerie, dystopian world.

The New York Times has described the Muse live experience as “an endless build-up, heading for one peak after another — is what a Muse concert sets out to deliver by every means available”.

Matt Bellamy said: “The symbiosis between humanity and technology has always been something I am interested by. Drones just seem to be a very interesting modern metaphor for what that represents…You want to leave people with the idea that they ask the question themselves about the role of technology in our lives and whether it’s a good thing or a bad thing.”

Marc Allenby, CEO of Trafalgar Releasing – an award winning, market leader in global event distribution – said: “We’re delighted to be working on this innovative and unforgettable show from Muse, a group that time and again illustrate that they are one of the world’s best live bands. The concert film deserves to be seen in the best possible way, in cinemas on the big screen together with other Muse fans. We look forward to collaborating with the band, their management team and label across this release.” 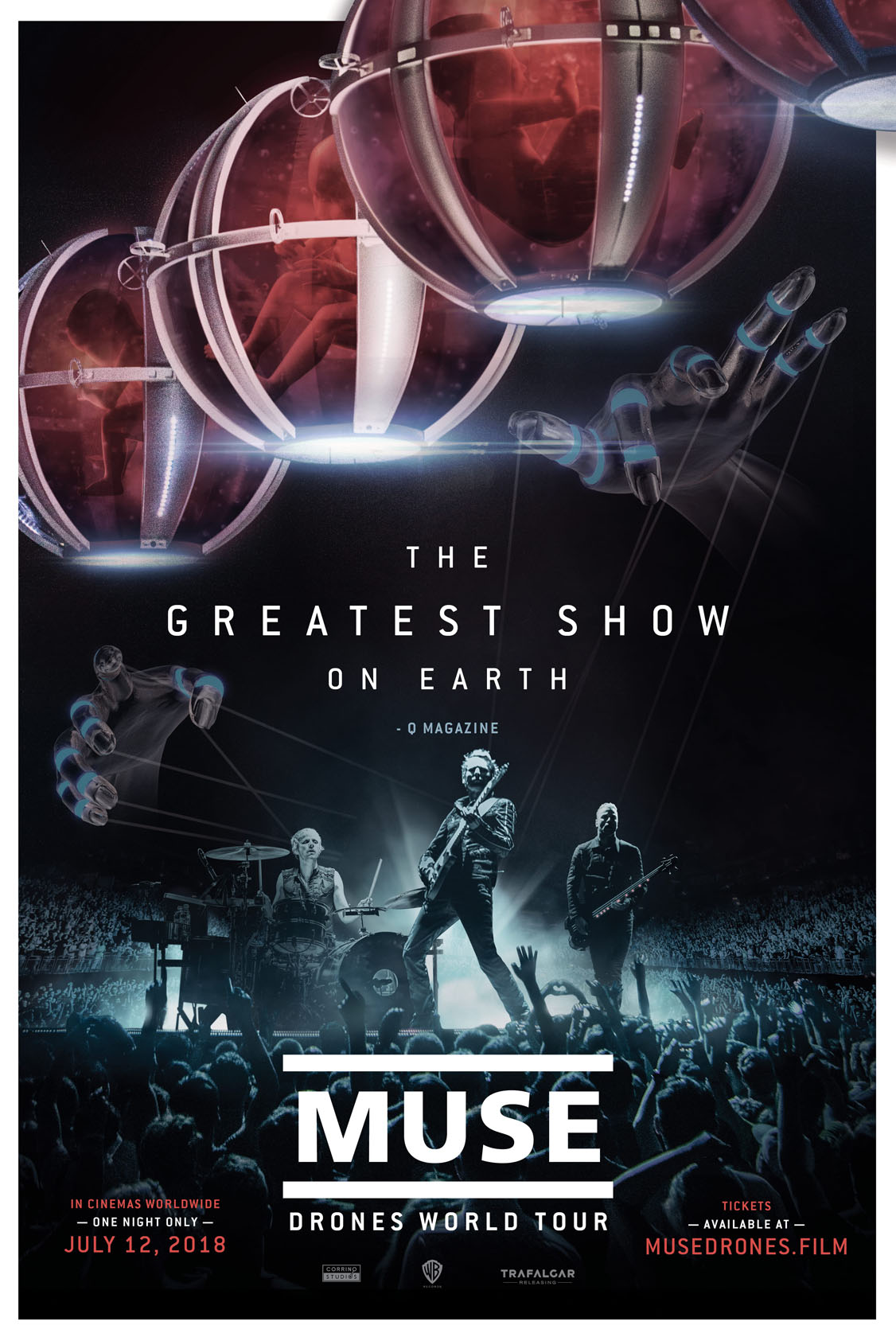