Live Nation Concerts and Cuffe & Taylor are proud to announce Music From Downton Abbey: a concert in the stunning grounds of Highclere Castle performed by The Chamber Orchestra of London with the television show’s composer, John Lunn on piano. The concert will take place on 22 June 2019 and will be hosted by actor Jim Carter in character, as the beloved Mr. Carson. Tickets go on general sale on Friday 14 December 2018 at 9am at DowntonAbbeyTheConcert.com

Carnival Films’ multi award-winning television phenomenon, Downton Abbey has enthralled audiences all over the world with its stories of the upstairs and downstairs life at the ancestral home of the Crawleys. Music From Downton Abbey is an official celebration of the iconic series and promises to be a once in a lifetime opportunity for fans both old and new to experience at Highclere Castle, the home of Downton Abbey.

Mr. Carson will look back over his time at Downton Abbey and remember the many characters that filled the home over the years; from the extended family and friends, to VIPs and house staff members. Carson will also recall some of the most significant events that took place in the house, each time showing a rich collection of clips and montages from the series to illustrate the lives, loves and losses from across all six seasons.

To bring Mr. Carson’s stories and the clips vividly to life, the orchestra will play songs from the beautiful soundtrack, which was composed by John Lunn. The Orchestra will also be accompanied by special guest singers for songs such as ‘I’ll Count The Days’ and ‘If You Were The Only Girl In The World’.

Tickets for Music From Downton Abbey go on-sale to the general public on Friday 14 December 2018 at 9am at www.DowntonAbbeyTheConcert.com 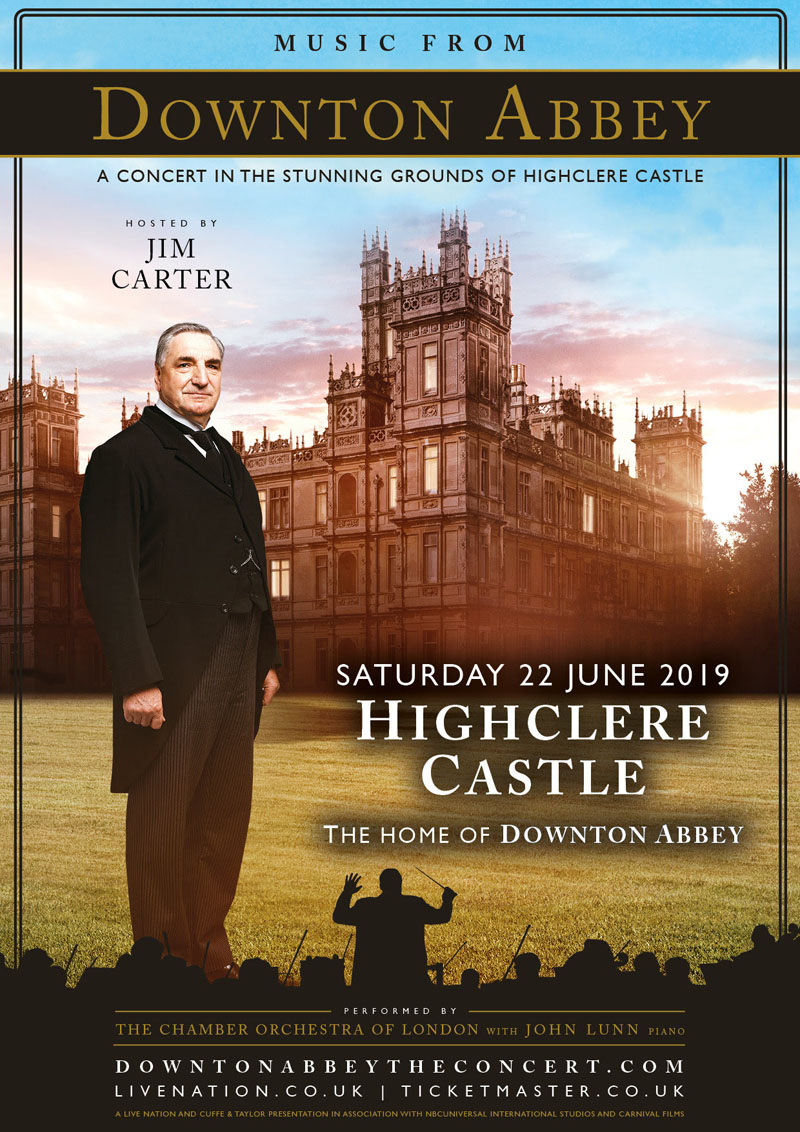