Robbie Williams will release his first ever Christmas album, ‘The Christmas Present’, on Columbia Records on November 22.

Available in CD (standard and deluxe), vinyl and cassette formats, the double album will feature two discs – ‘Christmas Past’ and ‘Christmas Future’ – both including a brilliant mixture of original songs and special festive covers with some star guest appearances. The album is available to pre-order now.

The deluxe CD version of the album features another four bonus tracks including the duet ‘It Takes Two’ with Rod Stewart.

‘The Christmas Present’ is Robbie’s 13th studio album and another huge milestone in the glittering career of one of Britain’s most-loved artists. Written and recorded in a variety of locations including London, Stoke-on-Trent, Los Angeles and Vancouver, the album sees Robbie working once more with long-time collaborator Guy Chambers, who produced the majority of the record with Richard Flack.

Fans who pre-order the album from the official store by 3pm on November 4 will receive access to a special ticket pre-sale for ‘The Robbie Williams Christmas Party’ live show on December 16 at The SSE Arena, Wembley. The pre-sale starts at 10am November 5 for 48 hours. General sale tickets are available from 10am November 7 from ticketmaster.co.uk and axs.co.uk. Official Robbie Williams Premium VIP Hospitality Packages are available exclusively from markbutler.co.uk or via 020 7603 6033. Hotel, Ticket & Merchandise packages are available exclusively from Event Travel or via 08444 721 222. Fans will also be able to buy limited edition cassettes and signed CDs and vinyl from the official store. 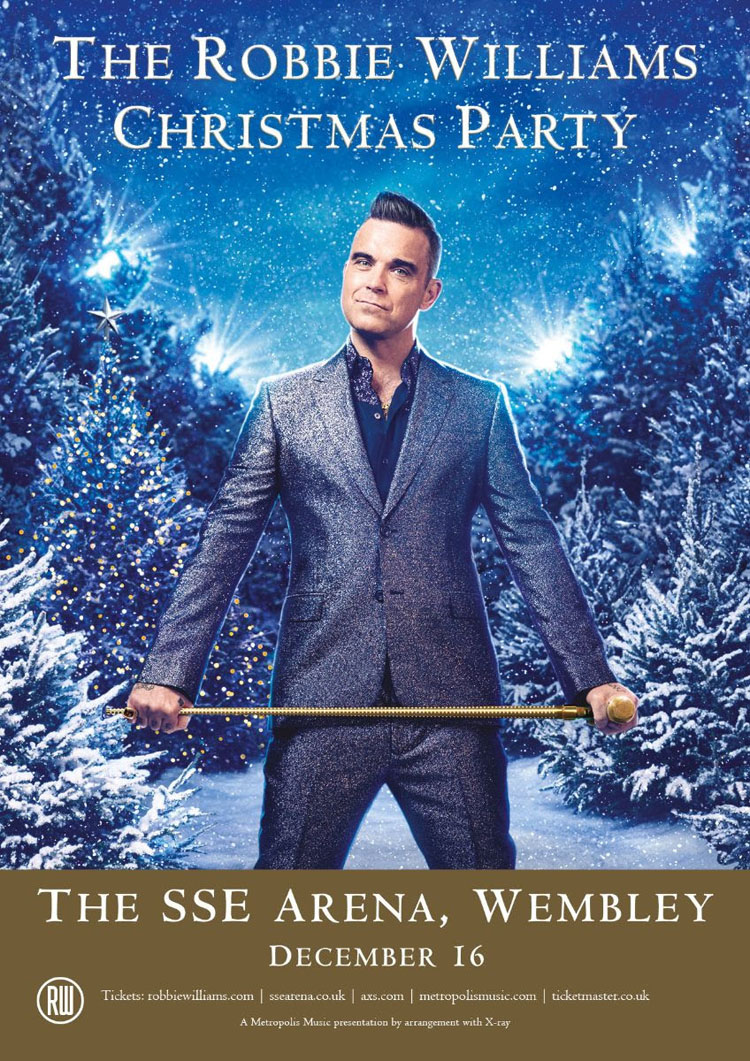 Robbie has also announced  ‘The Robbie Williams Christmas Party’ at The SSE Arena, Wembley on 16 December 2019. Exclusive access to tickets given with album pre-orders purchased on robbiewilliams.com.  Tickets go on general sale on Thursday 7 November at 10am at MetropolisMusic.com