Robert Jon & The Wreck are back and ready to tear up the UK and Europe all over again with their new record, Shine A Light On Me Brother. The impressive new album, written and recorded during the COVID pandemic, and self-produced by Robert Jon & The Wreck, will be released on Friday September 3, 2021.

The title track Shine A Light On Me Brother, will be released as a single and is out now. Watch the official trailer for the forthcoming single below.

Robert Jon & The Wreck will take the new album on tour in September/October 2021 and February, April, May, June, and July 2022. The tour will hit the UK in September with special guest Troy Redfern. Tickets for the UK dates are available from www.alttickets.com and www.planetrocktickets.co.uk. 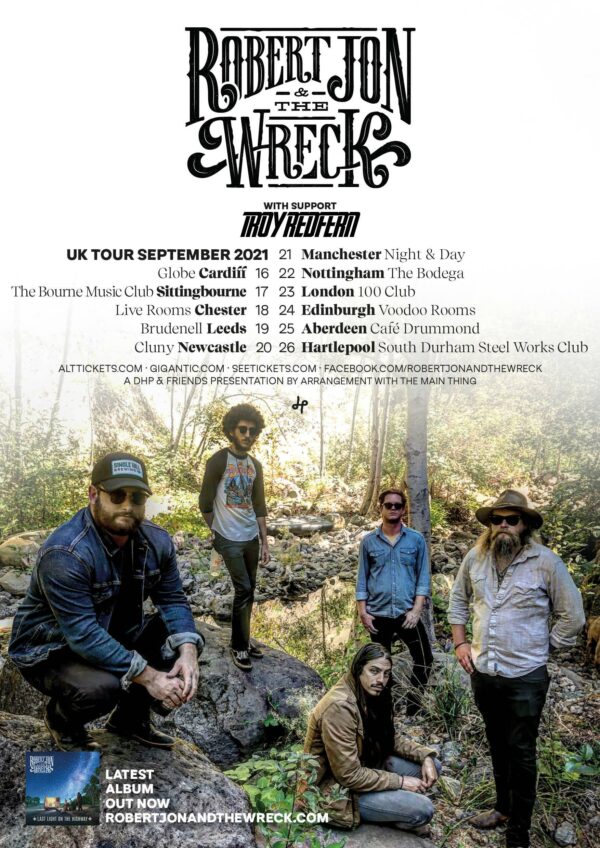 Shine a Light on Me Brother will be available on CD, Vinyl, limited Deluxe Vinyl (coloured) and in limited edition bundles – including a deluxe bundle including the Signed Deluxe Edition Vinyl, Ltd Edition T-shirt, signed CD, Ltd Edition retro California vanity plates, and signed Ltd Edition photos of Robert Jon & The Wreck. Pre-order the album from https://ffm.to/rjtwshine and www.robertjonandthewreck.com.