Co-produced by Unknown Mortal Orchestra’s Jacob Portrait (who also mixed the record) and HC-producer Matt Molnar of Friends, Twentytwo in Blue shows Sunflower Bean stay true to their guitar band core and classic rock-inspired roots, while exploring new sonic textures with more direct and progressive themes. Unlike their debut, which was essentially a compilation of songs Sunflower Bean wrote while still in their teens, Twentytwo in Blue was made in the year between December 2016 and December 2017 and showcases how far the band has come since playing together in their high school days. See below for album art, tracklisting, and upcoming tour dates – get your tickets HERE. Pre-order Twentytwo in Blue, out 23rd March on Lucky Number HERE.

To celebrate the album announce, Sunflower Bean share a new single and follow up to “I Was A Fool” entitled “Crisis Fest.” “2017—we know/ Reality’s one big sick show/ Every day’s a crisis fest,” vocalist and bassist Cumming sings. “This last year was extremely alarming, traumatic, and politically volatile,” explains the band about the track. “While writing this album, we often reflected back on the people we met while on tour. We felt a strong kinship with the audiences that came to see us all over the country, and we wanted to write a song for them – something to capture the anxieties of an uncertain future. ‘Crisis Fest’ is less about politics and more about the power of us, the young people in this country.” Listen to the new single HERE and watch the Andy DeLuca-directed music video exclusively at Apple Music. 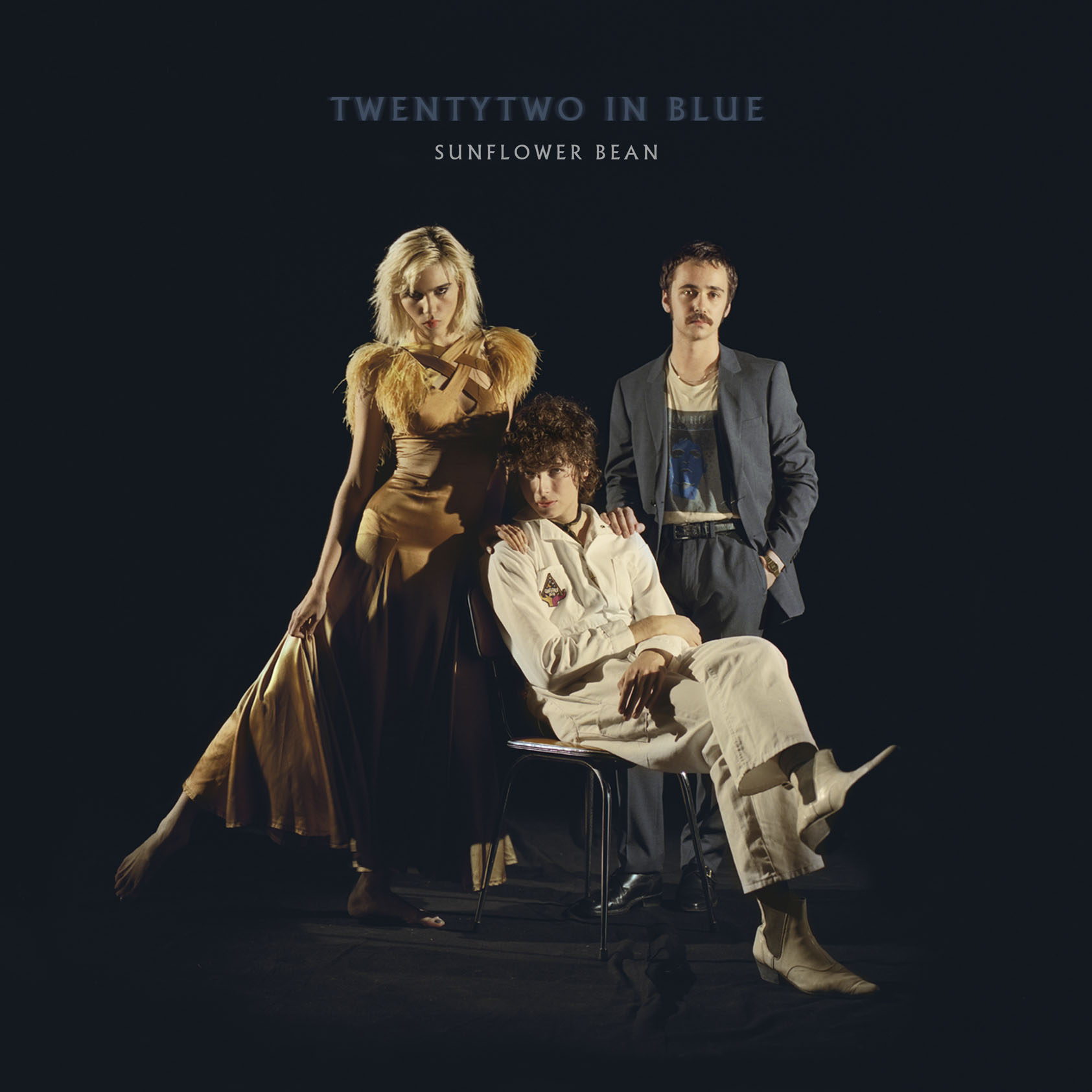 Sunflower Bean find a sublime maturity and progression to their sound and songwriting on Twentytwo in Blue. If there was a ragged beauty in the gauzy, groovy wall of sound of Human Ceremony, there’s a new directness to these songs, a product of the band’s growth and the insanity of the times we’re in. Sunflower Bean have gained a newly confident voice that they bring to the second album, one that doesn’t shy away from addressing the other events of those two years—political changes and cultural shifts that have left America and the world stupefied. “This has been such an unbelievable time,” says Kivlen. “I can’t imagine any artist of our ilk making a record and not have it be seen through the lens of the political climate of 2016 and 2017. So I think there’s a few songs on the record that are definitely heavily influenced by this sort of—whatever you want to say what the Trump administration has been.” “A sh*t show,” offers a helpful Faber.